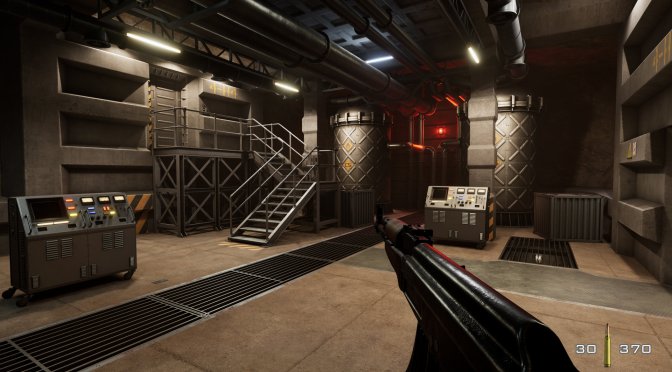 The team behind the Goldeneye 64 fan remake in Unreal Engine 4, Goldeneye 25, has released some new screenshots from it. These screenshots showcase some of the weapons, the environments, and the new guard 3D models that the game will feature.

As its title suggests, Goldeneye 25 is a fan-made remake of the classic Goldeneye 007 Nintendo 64 game. The team is using Unreal Engine 4 and aims to remake the game’s entire single-player campaign.

Now the good news here is that Nintendo has not sent the team any C&D letter yet. The team is creating new custom assets and is not using anything at all from the Nintendo 64 version. Since Goldeneye Source, a multiplayer fan game based on that game, got released a while ago, I’m pretty optimistic about this project.

Unfortunately, there is no ETA on when this project will enter its beta phase. Moreover, the team has not announced whether it will release any playable tech demo for it. So yeah, there is a small chance that this remake may get cancelled. Still, and since its team has been working hard on it, I’m a bit optimistic.

From what we know so far, Goldeneye 25 targets an August 2022 release. This basically means that the team will have around three years – from now – in order to complete it.