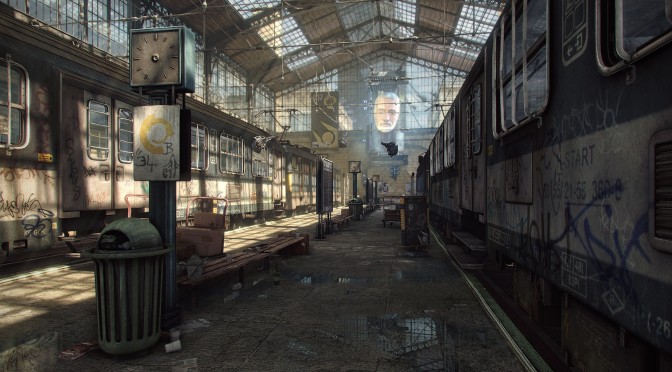 A couple of days ago, Polycount’s member ‘Logithx’ posted three screenshots of his fan-made version of Half Life in Unreal Engine 3. While those shots looked great, the modder claimed that he’d be moving his project to Unreal Engine 4 and today we’ve got the first comparison between these two versions.

In this first comparison, Logithx compared the Lightmass/Global Illumination features of UE3 and UE4. According to the modder, UE4 got a massive boost regarding this feature.

“In Unreal 3 you always had to either massively boost the indirect lighting universally (which gave baking problems and looked ugly in many places) or use hundreds of dim ‘fake lights’ to give the illusion of indirect lighting.

Notice how the sunlight in Unreal 4 bounces correctly onto the train to the right, and even goes up to the ceiling to illuminate the panels and supporting structures.”

Since we did not post a story about the UE3 shots, we’ve also included them below. The first three shots are from HL2’s UE3 version, while the fourth one is the comparison between UE3 and UE4. 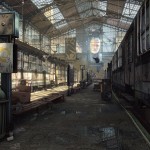 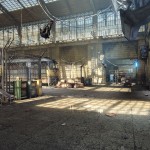 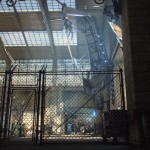 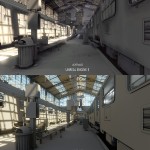