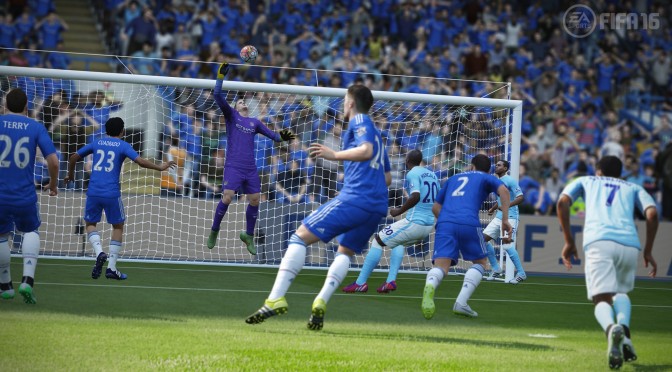 The demo for FIFA 16 has just been released and below you can view some 4K resolution screenshots from it. FIFA 16’s demo suffers from a lot of issues. Players seem unable most of the times to steal the ball from the opponent (something that has been enhanced in PES 2016 for instance), sometimes players ‘ignore’ your commands (even though we were commanding our players or do a header or tackle, they were ‘ignoring’ those commands. Do note that this was rarely happening in the previous FIFA games, but in this demo they were happening a lot of times), “second team-mate pressing” is not as good or effective as in PES 2016, and generally this demo feels really bugged. Here is hoping that EA Sports will have these issues fixed in the final version.