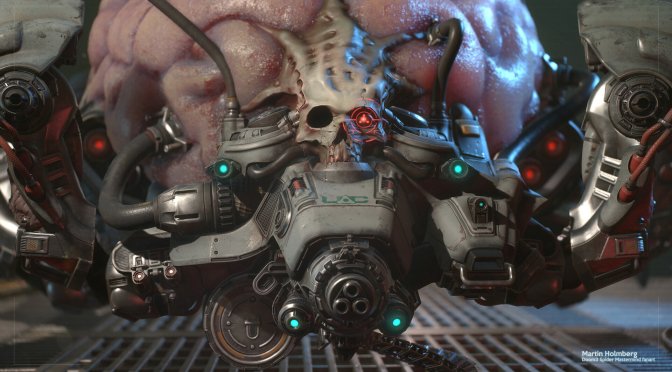 Although Spider Mastermind was the ending boss in Doom, it was absent from Doom 3. Ironically, id Software was planning to include it as there was concept art for it. However, and during development, the team cut it from the game. And although we’ve gotten a Spider Mastermind in Doom 2016, Martin Holmberg has decided to give us a glimpse at what a modern version of Doom 3’s monster could look like.

As said, Martin used the concept art of Doom 3’s Spider Mastermind in order to create it. The artist that created the original concept art was Kenneth Scott, and I’ve included it below. 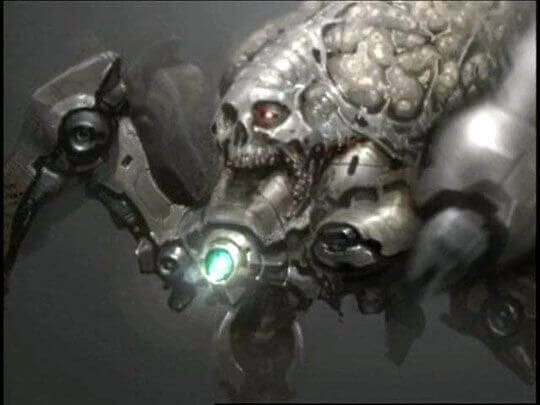 Additionally, he took inspiration from the latest version of the Spider mastermind, made by Denzil O’Neill.

In order to create this monster, Martin used Maya and Zbrush. He then used Painter to texture it and Marmoset to render it. And even though this isn’t a low-poly model, it is baked down from a high-poly model and crafted the way Martin would do a game asset. 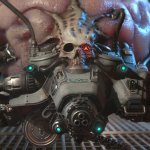 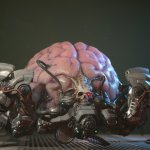 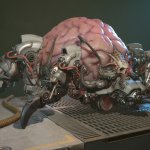 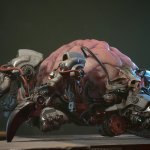 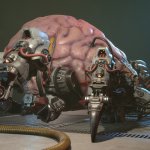 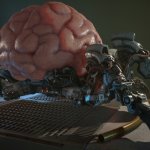