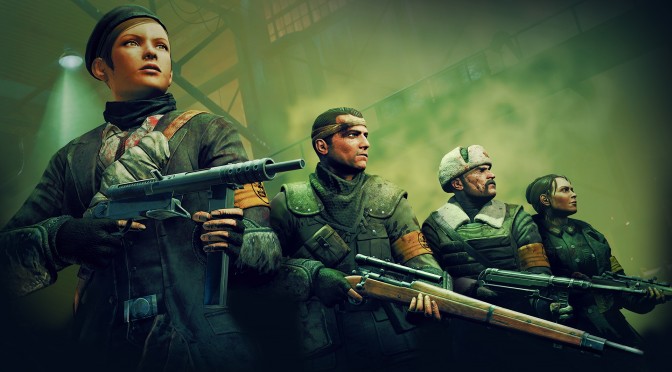 As always, we used an Intel i7 4930K with 8GB RAM, NVIDIA’s GTX690, Windows 8.1 64-bit and the latest WHQL version of the GeForce drivers. NVIDIA has not released yet any SLI profile for this title, however you can easily enable it via NVIDIA Inspector Tool. All you have to do is browse the available game profiles, find the one for Sniper Elite 3, and add Zombie Army Trilogy’s executable file. SLI scaling with Sniper Elite 3’s SLI profile is exceptional, so we highly recommend using it. 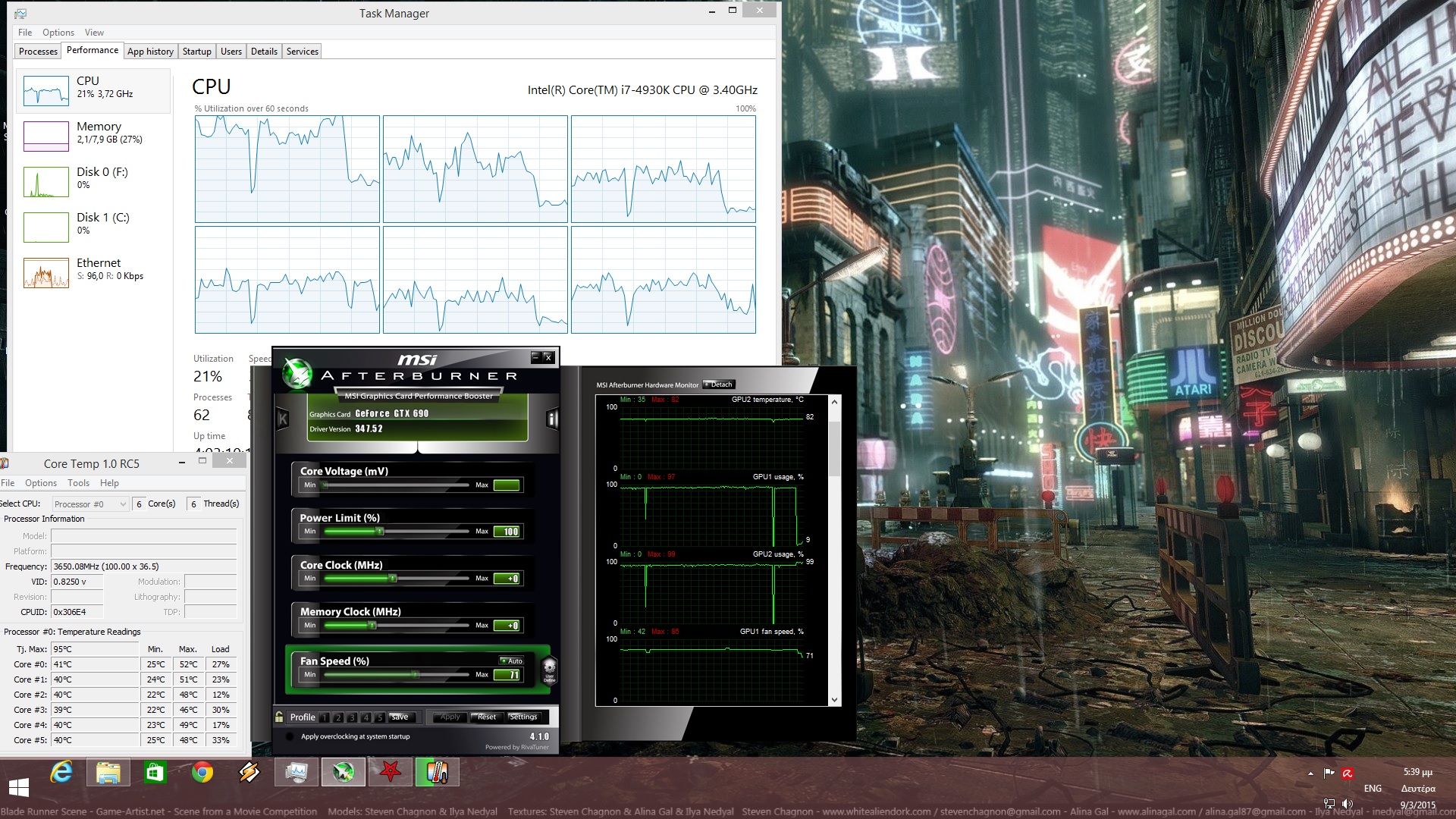 In order to find out whether the game is playable on older systems, we simulated a dual-core CPU. Much like Sniper Elite 3, Left 4 Zombies Trilogy does not require a high-end CPU to shine. Our simulated dual-core system was pushing 120FPS at 1080p with Ultra settings (without Supersampling). Not only that, but our GPU was being used at 97%, meaning that Zombie Army Trilogy is a GPU-bound title even on that dual-core system. In short, this is another example of a game requiring a powerful GPU and a mid/low-range CPU. And given Asura’s multi-threading capabilities, Zombie Army Trilogy scales well even on six CPU cores.

Regarding its GPU requirements, a single GTX680 is enough for 60FPS at 1080p with Ultra settings. We did notice some drops to 40s when there were a lot of zombies on screen, however the game maintained 60FPS for almost our entire testing session. On the other hand, a GTX690 (or a GTX970) can provide a constant 100FPS experience at the same settings. Moreover, the game did not use more than 2GB of VRAM, something that will definitely please those with weaker GPUs. Not only that, but the game’s textures are of higher quality than those featured in other triple-A games that require more than 3GB of VRAM. 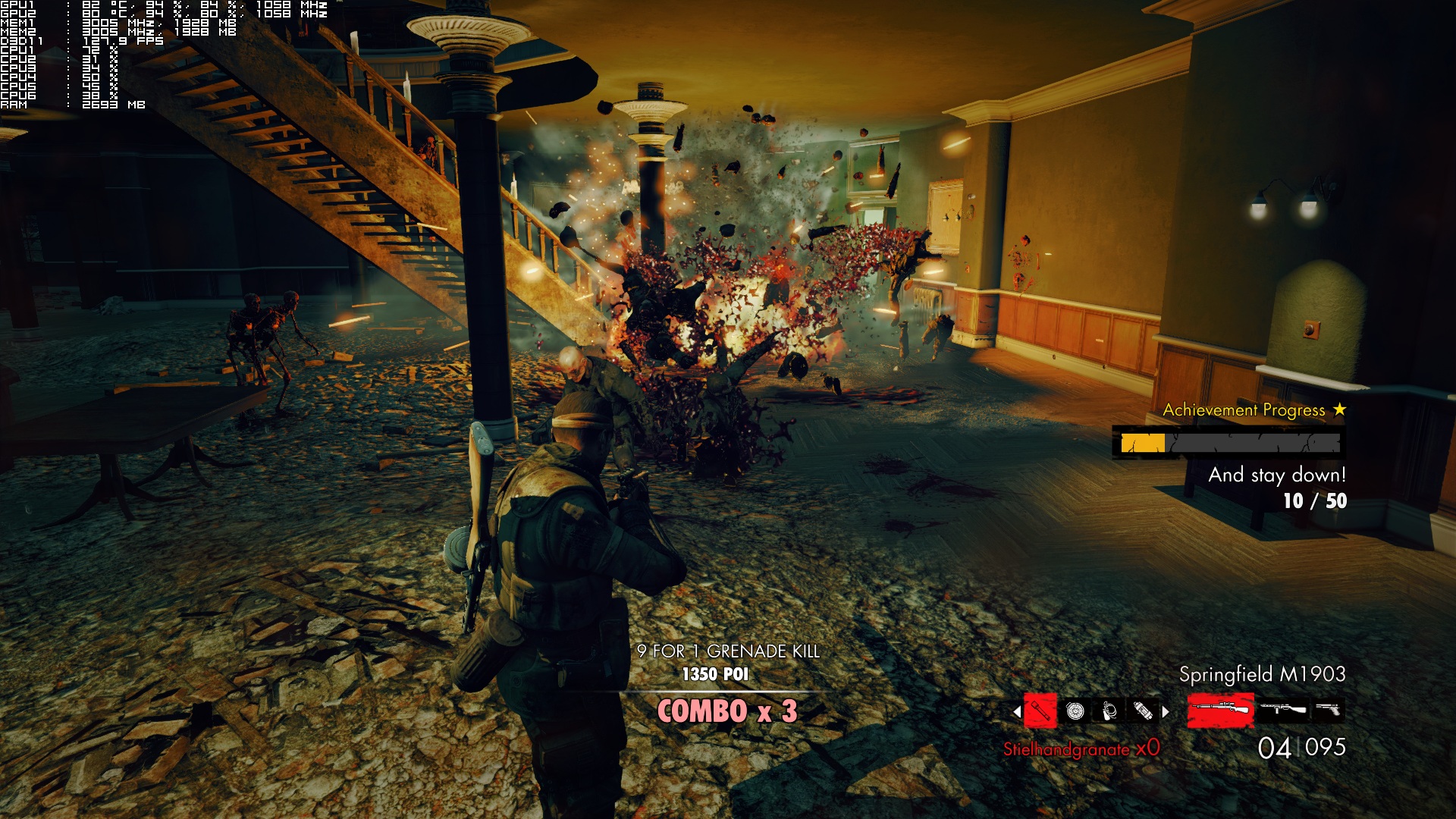 Zombie Army Trilogy does not pack as big environments as Sniper Elite 3, something that may very well explain the reasons behind its amazing performance (at least when compared to Sniper Elite 3). In addition, Rebellion has implemented a clever fog effect that limits player’s view distance, therefore the GPU has fewer things to render. Given the game’s nature, this is actually not a bad thing. And in case you’re wondering, no; Zombie Army Trilogy is far from an ugly title.

Zombie Army Trilogy features self-shadows, almost all light sources cast shadows, LOD transitions have been improved (compared to Sniper Elite 3), shadows are of high quality and do not suffer from those low-res issues found in Sniper Elite 3, there is bendable vegetation, a clever DOF filter has been implemented, and there is a great dismemberment system. Moreover, the X-Ray bullet cam returns and reminds us how cool it actually is.

Unfortunately, Zombie Army Trilogy is currently plagued by a really annoying flickering “lights” issue. What this means is that a lot of light sources flicker like crazy. This issue appears in both SLI and Single-GPU modes, so here is hoping that NVIDIA and Rebellion will sort it out. Apart from that bug, however, Zombie Army Trilogy looks great and packs lots of enemies on screen (which means that you’re in for some gloriously gory explosions when all zombies are nearby a mine or a grenade). 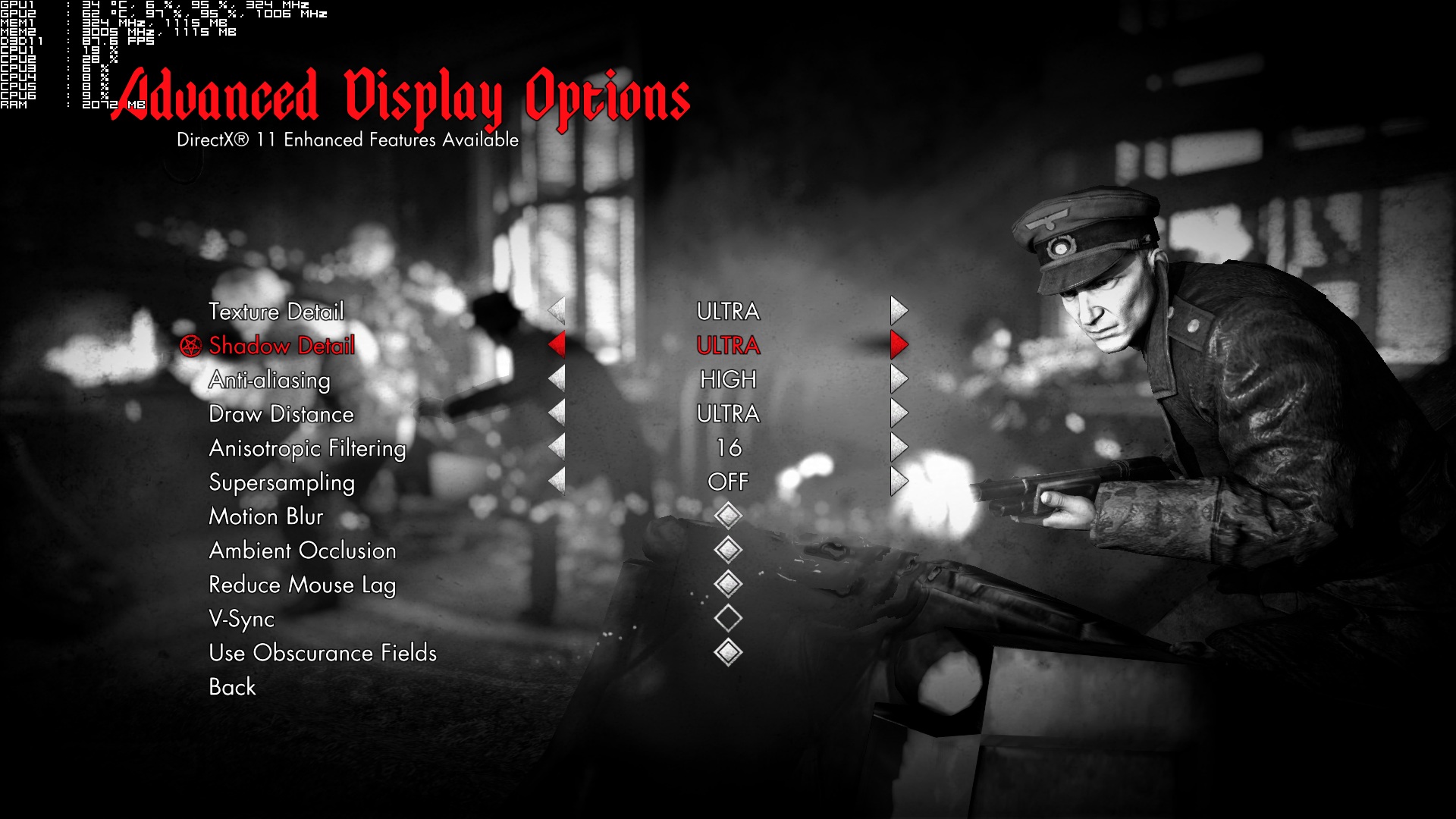 Rebellion has also included a nice amount of graphics options to tweak. PC gamers can adjust Texture/Shadows/Draw Distance/Anti-Aliasing/Anisotropic Filter, and can enable/disable Motion Blur, Ambient Occlusion, Obscurance Fields and VSync. In case you’re not aware of, Obscurance Fields is a technique which allows to have soft shadows from characters on any surrounding geometry. As well as shadowing against the world, this technique also allows characters to have natural self-shadows.

All in all, Zombie Army Trilogy is a incredibly polished PC title. The game runs great even on a dual-core PC systems, sports great visuals, and while it does not require a high-end GPU to be enjoyed at Ultra settings, you can enable SuperSampling and witness your 970s and 980s being pushed to their limits. Also, Zombie Army Trilogy does not suffer from mouse acceleration or smoothing side effects, something that definitely makes us happy.

Enjoy! Cookies to all those who are reading this line and have not commented about the ‘Left 4 Zombies Trilogy’ intentional typo 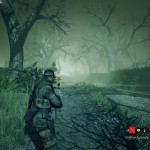 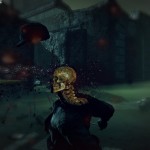 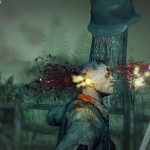 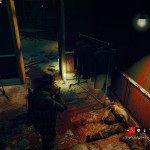 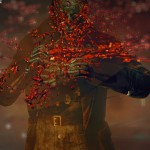 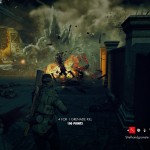 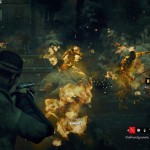