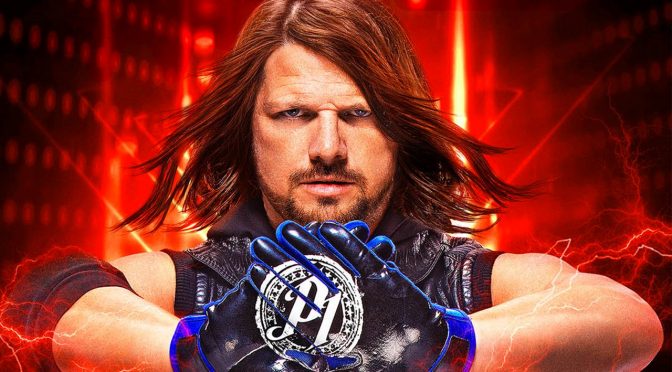 Believe it or not, I was a huge wrestling fan back in the 90s. The Ultimate Warrior, Big Boss Man, The Million Dollar Man, Hulk Hogan… man, those were the days. I also believe that WWF WrestleFest is the best wrestling game ever, mainly thanks to its incredible 2D mechanics, and in my opinion nothing can come close to it. But anyway, the latest part in the WWE 2K series has been released so its time now to benchmark it and see how it performs on the PC platform.

2K Games has added very few graphics settings. PC gamers can only adjust the quality of textures and the audience density, and there are options to enable/disable Shadows, FXAA, Depth of Field and Motion Blur. And that’s it. Thankfully though the game displays proper keyboard on-screen indicators and it comes with a built-in benchmark tool (the benchmarks can be considered a stress test as it features six wrestlers in a battle royal mode). 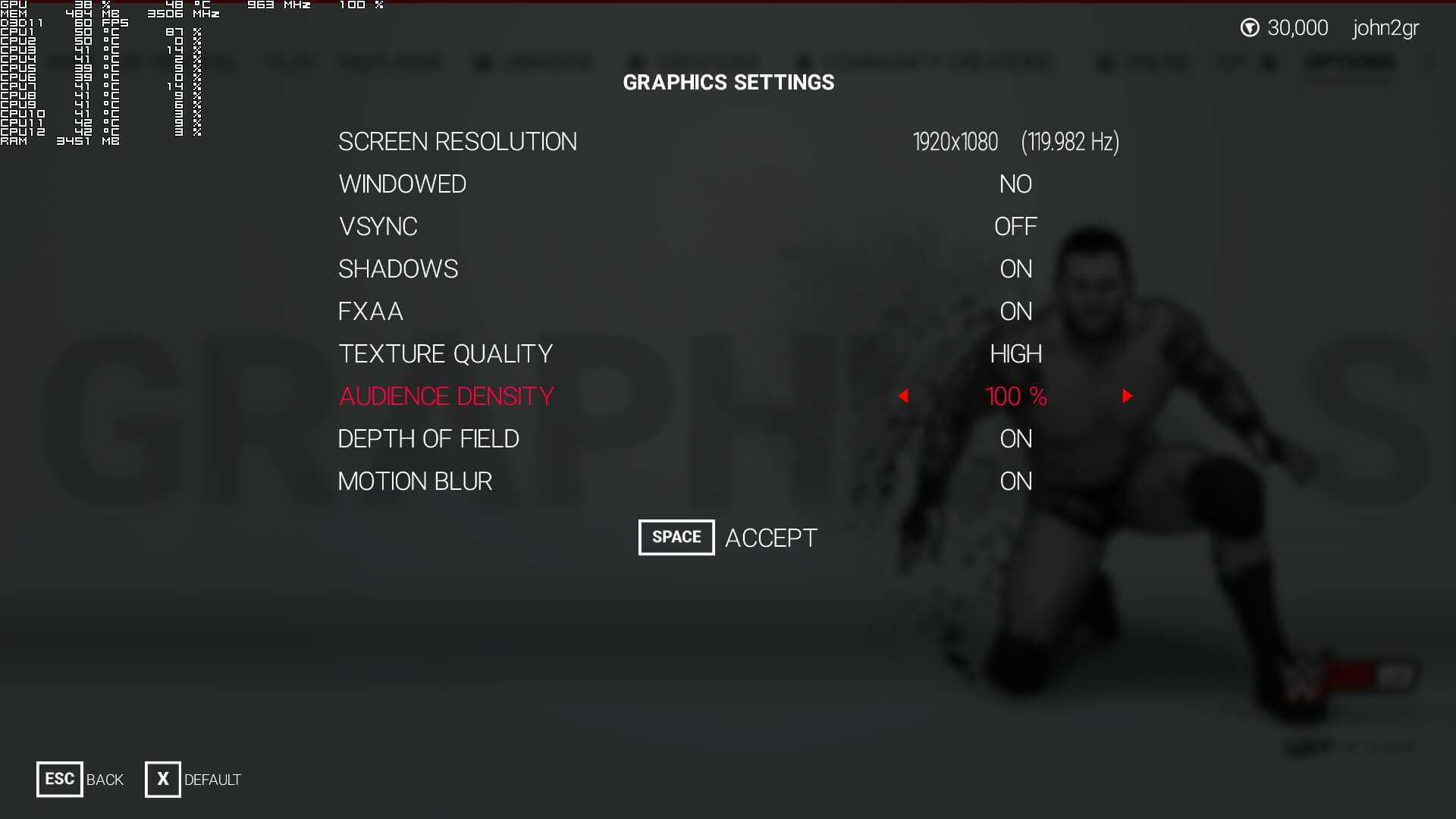 In order to find out how the game performs on a variety of CPUs, we simulated a dual-core and a quad-core CPU. And we are happy to report that even our simulated dual-core system was able to offer a constant 60fps experience at 1080p on Max settings. Ah yes, forgot to tell you that the game is locked at 60fps. 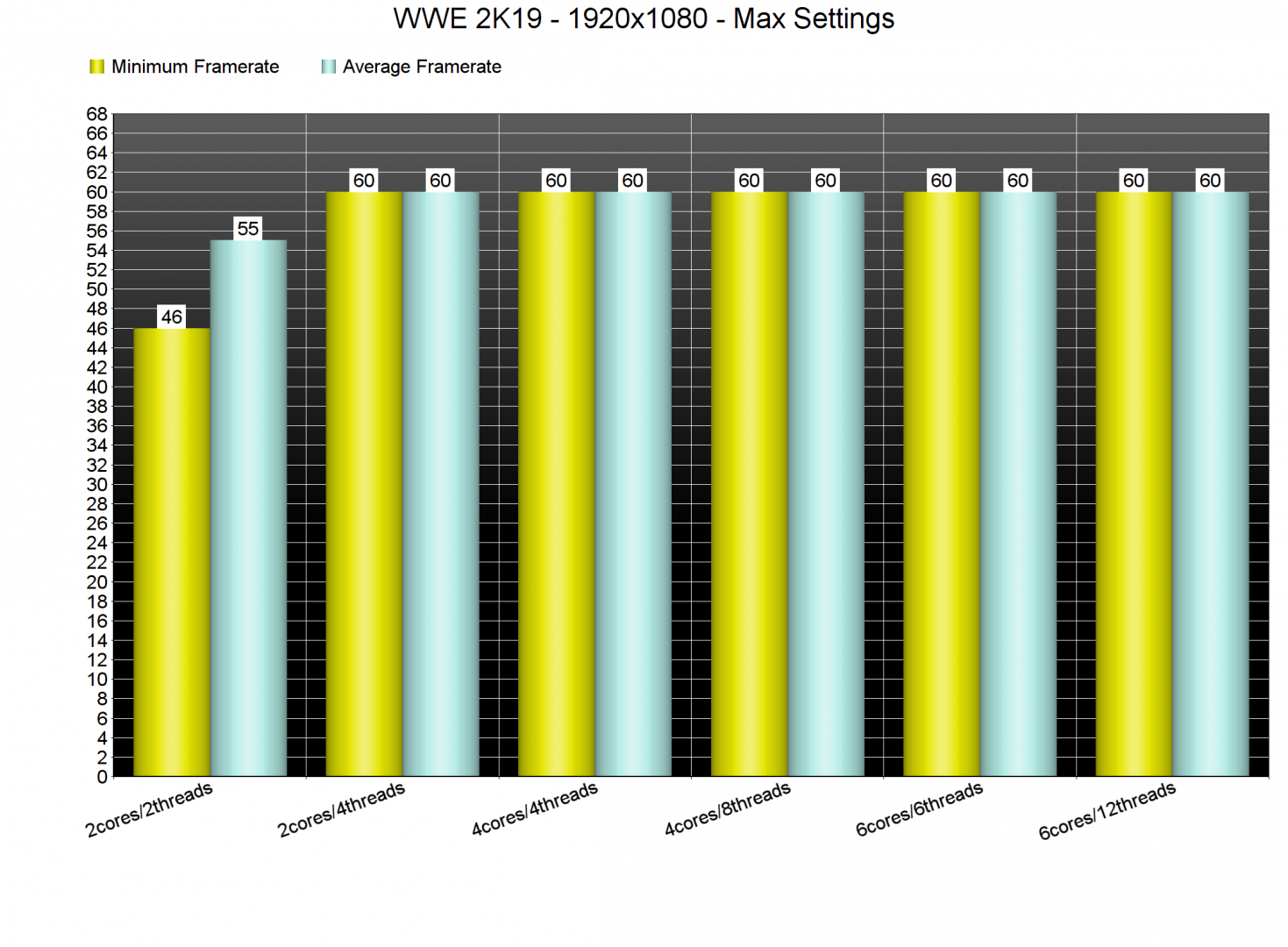 WWE 2K19 does not require a high-end GPU in order to be enjoyed as even our AMD Radeon RX580 was able to offer a constant 60fps experience. Our GTX680 was able to push a minimum of 40fps and an average of 45fps (with Low textures) in the benchmark test so even though the game lacks any extensive graphics settings, it can easily run on a wide range of graphics cards. 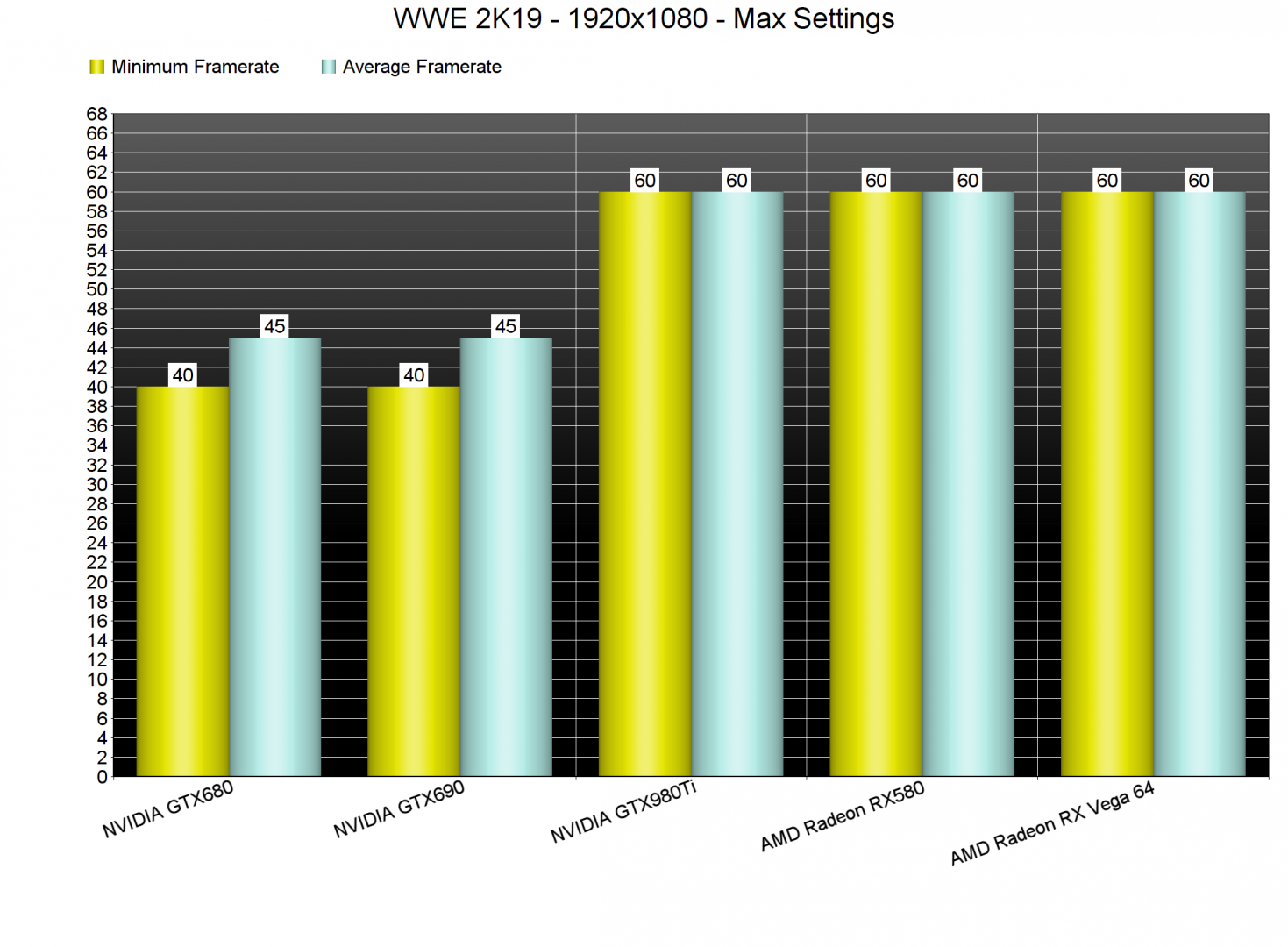 Both of our NVIDIA GTX980Ti and AMD Radeon RX Vega 64 were able to offer a smooth experience at 1080p and 1440p. At 4K, though, both of these graphics cards were unable to run the benchmark with constant 60fps. The AMD Radeon RX Vega 64 came close to it (and in single matches it can run the game with 60fps however there will be slowdowns during double matches). Again, the benchmark is mainly a stress test featuring a worst case scenario. 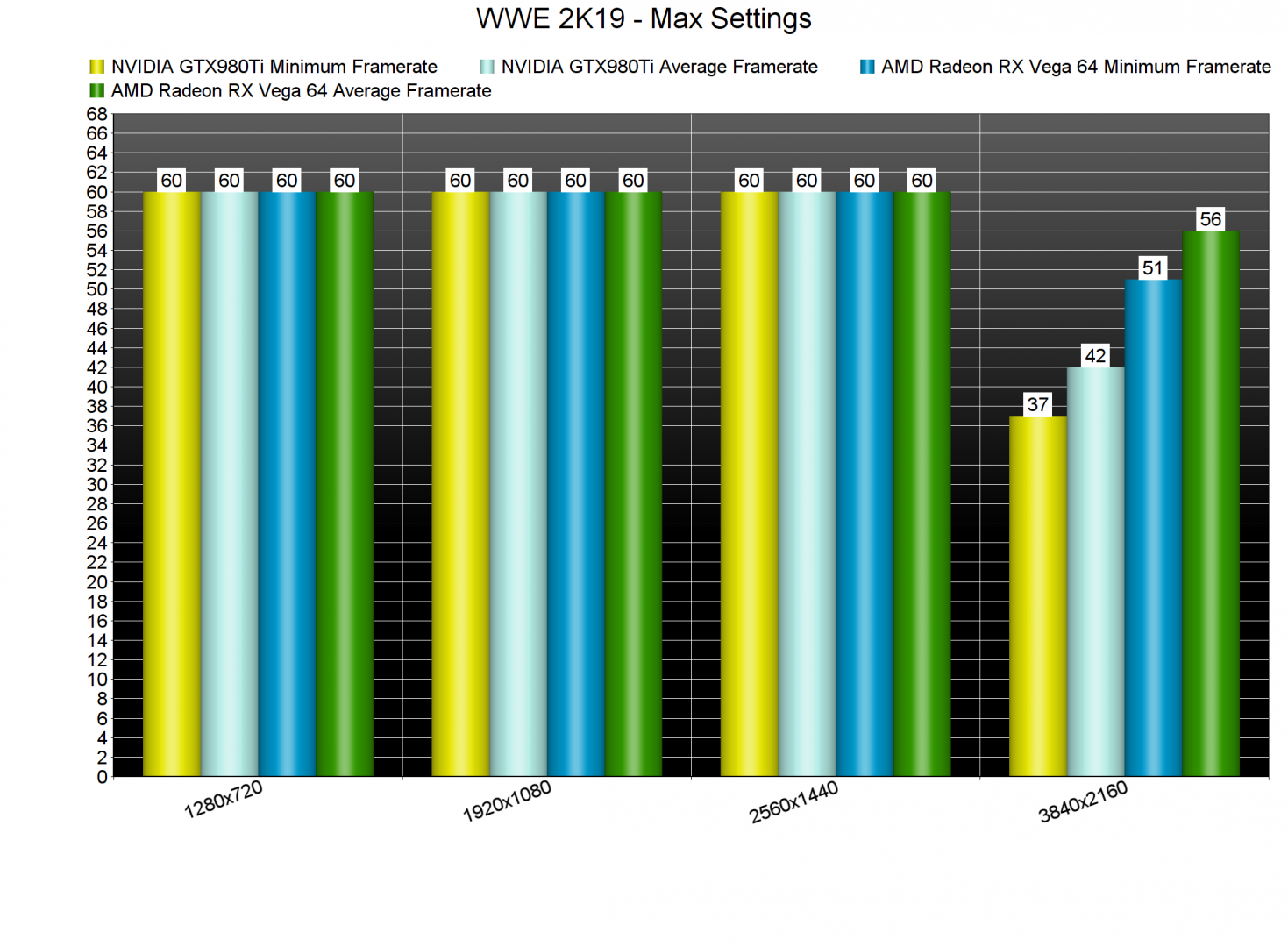 Graphics wise, WWE 2K19 looks absolutely stunning. The wrestlers look incredible and their in-game character models are among best we’ve seen. All the official intros have been included and retain their real-life atmosphere, so kudos to 2K Games for accomplishing such a thing. My only gripe with WWE 2K19 – and basically all 3D wrestling games – is the animation transition between the various moves. This is an area that WWF WrestleFest excelled due to its 2D mechanics and in WWE 2K19 the wrestlers behave like robots. The transition is not organic and makes the wrestlers feel unnatural. This is perhaps the only thing that 2K Games will have to address in future versions of the WWE 2K series (my guess is that the next-gen version may address it when the new consoles come out).

All in all, WWE 2K19 works like a charm on the PC platform. It looks great, supports both gamepads and keyboard, displays proper on-screen indicators for your preferred control scheme, and can run on a really wide range of PC configurations. Tech-wise, and apart from the robot-ish animation transition, there is nothing to complain here; WWE 2K19 is a really polished product on the PC!