The Sinking City is the latest Lovecraftian game that has just been released, exclusively on the Epic Games Store. Similarly to Cyanide’s Call of Cthulhu, The Sinking City is powered by Unreal Engine 4 so it’s time to benchmark it and see how it performs on the PC platform. 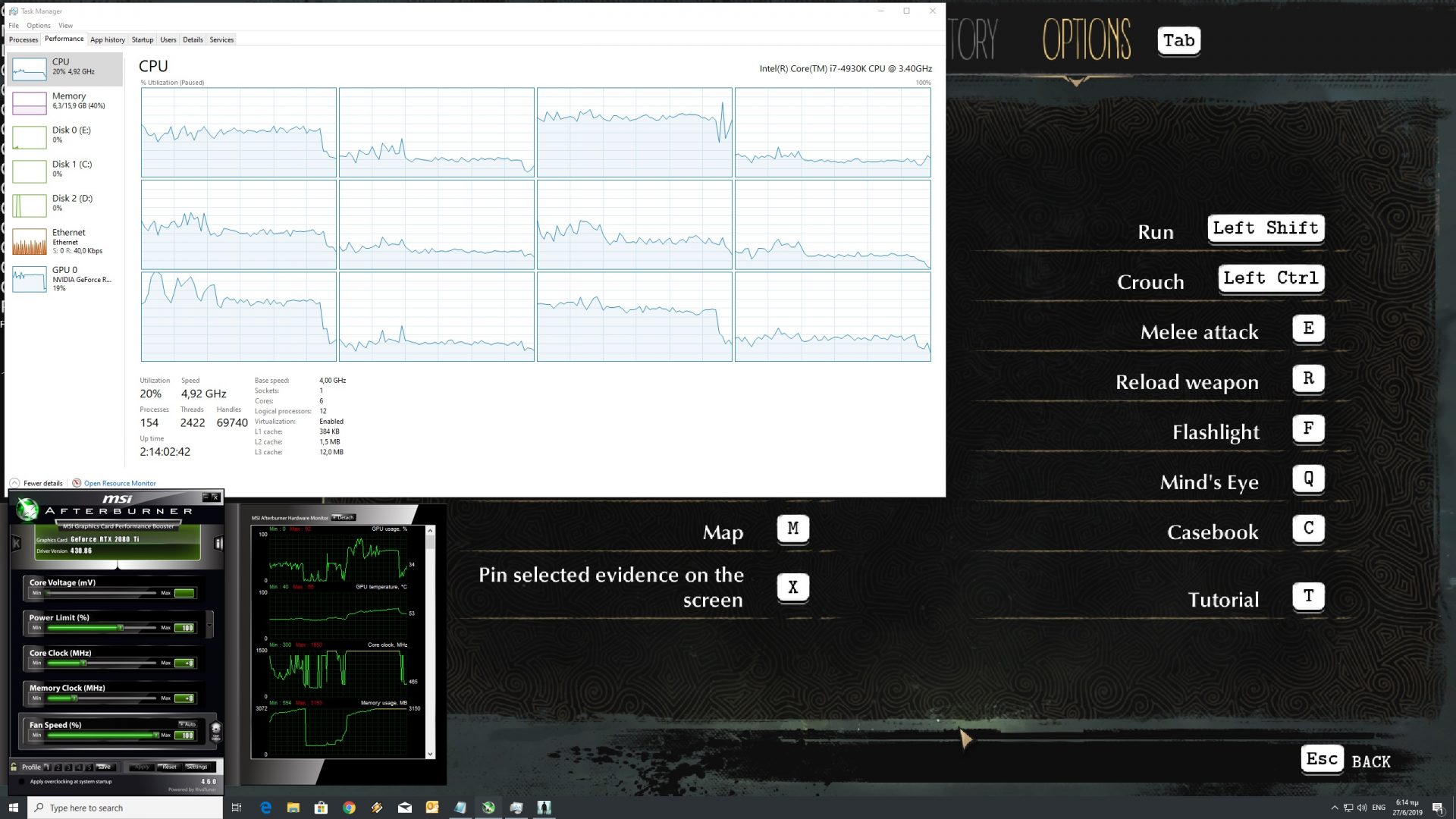 Frogwares has added a few graphics settings to tweak. PC gamers can adjust the quality of View Distance, Anti-Aliasing, Shadows, Post Process, Textures, Effects and Foliage. There is also a Resolution slider, though there isn’t any FOV slider.

In order to find out how the game scales on multiple CPU threads, we simulated a dual-core and a quad-core CPU. The Sinking City is using the DX11 API, does not support DirectX 12, and does not come with a built-in benchmark tool. As such, we’ve benchmarked the port area at the beginning of the game.

The Sinking City was almost playable on our simulated dual-core system with Hyper Threading disabled. While the average framerate was at 62fps, there were drops to 23fps due to the stuttering issues from which this game suffers. With Hyper Threading enabled, our simulated dual-core system was able to run the benchmark scene with a minimum of 42fps and an average of 90fps. 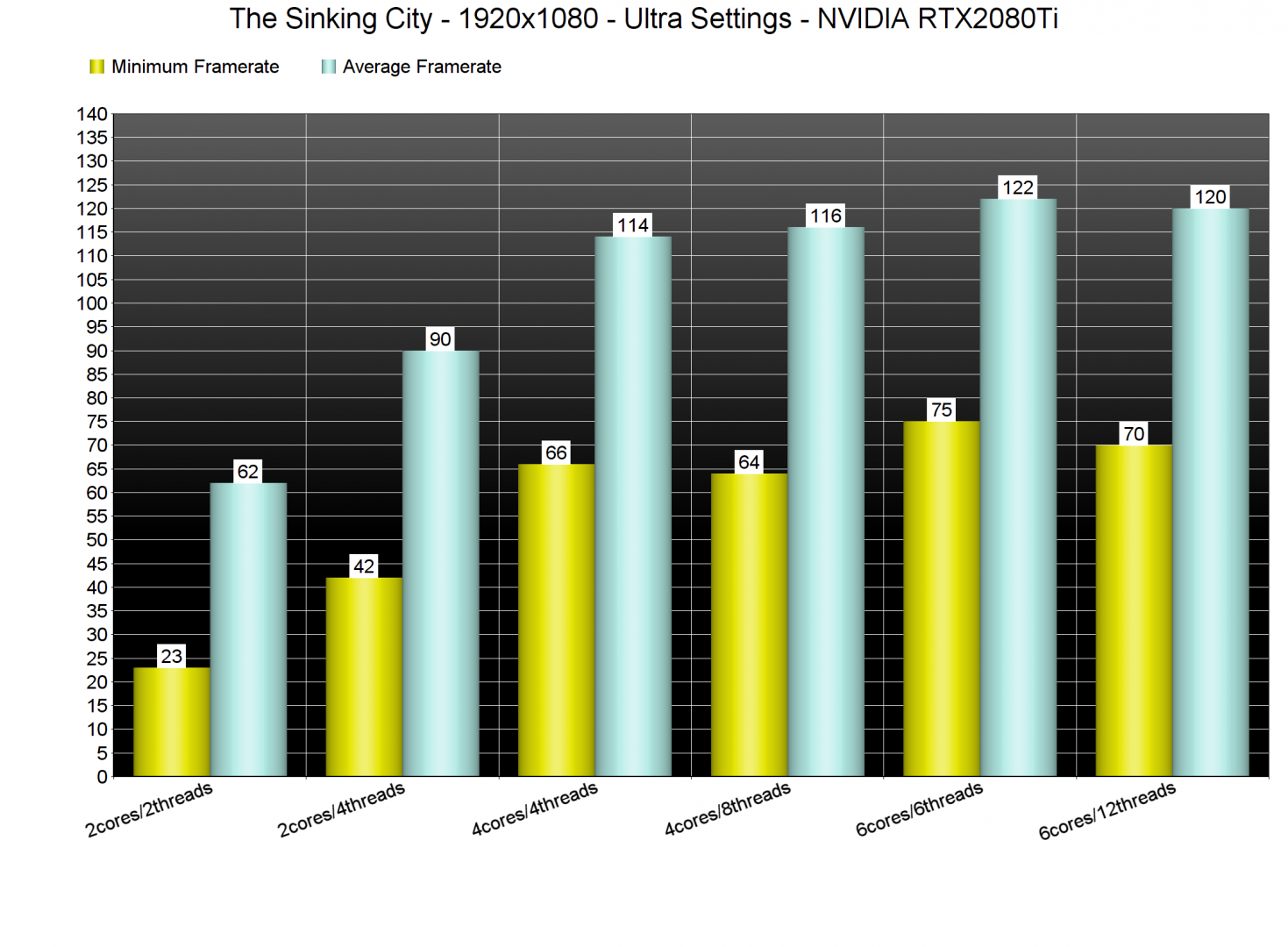 On the other hand, our six-core and our simulated quad-core systems were able to provide really high framerates. We also noticed a small performance difference between these two systems (around 6-10fps in both minimum and average framerates). Unfortunately, the game had stuttering issues in all of the aforementioned systems, and the only way we could minimize -but not completely eliminate – them was by installing the game on an SSD.

As with pretty much all Unreal Engine 4 game, The Sinking City favours NVIDIA’s GPUs. The AMD Radeon RX580 was unable to run the game with 60fps at 1080p/Ultra. On the other hand, our AMD Radeon RX Vega 64 and NVIDIA GTX980Ti were really close to each other; a situation we’ve witnessed in pretty much all Unreal Engine 4 games. The only GPU that was held back by our system at 1080p was the RTX2080Ti and to be honest, we can’t think of anyone getting an RTX2080Ti and using it for 1080p gaming; it’s an overkill and – most of the times – is not meant for such really low resolutions (though I’m pretty sure that this GPU will eventually be used for 1080p gaming in 2 or 3 years from now). 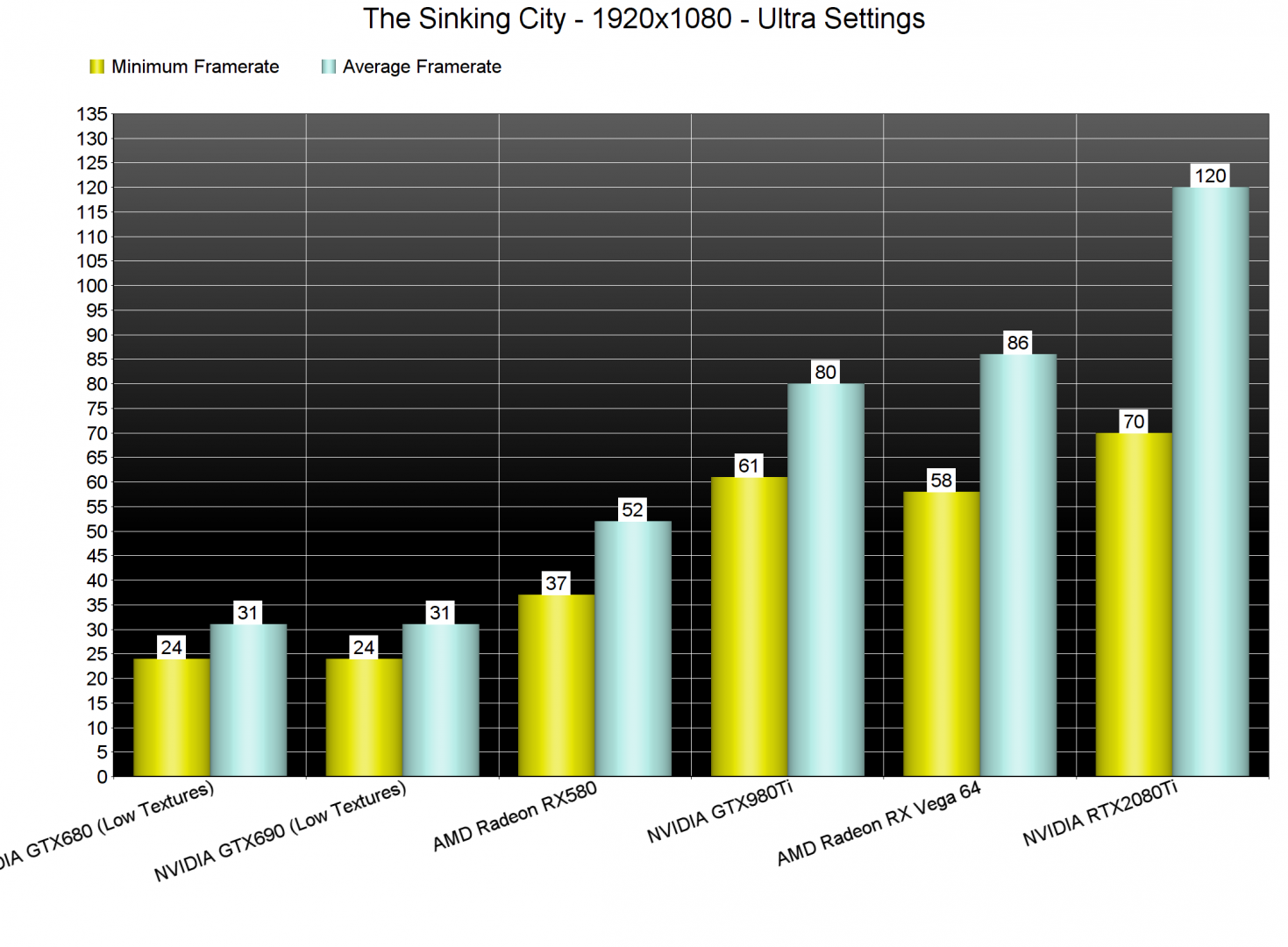 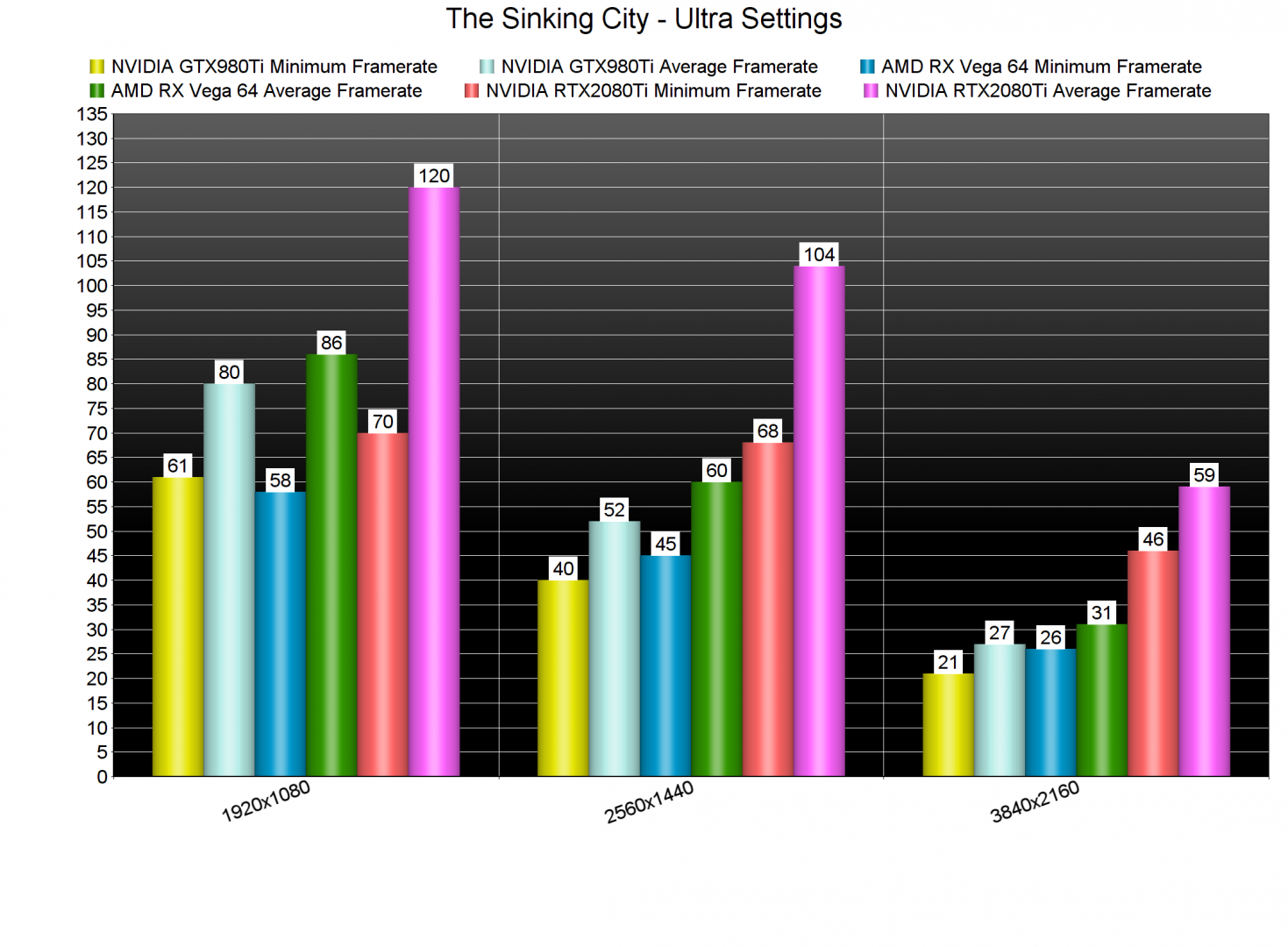 Graphics wise, The Sinking City looks significantly better than Call of Cthulhu. The game comes with some gorgeous Volumetric Lighting effects and some really detailed characters. The environments are full of small details, though we did spot some low resolution textures here and there. The rain and smoke effects are serviceable and while your flashlight cast dynamic shadows, a lot of the environmental light sources (like lamps, road lights or house lights) do not cast any. Honestly, The Sinking City shows its AA values and you should not expect a visually groundbreaking title. Still, it’s better than other AA games like Vampyr or Call of Cthulhu.

In conclusion, The Sinking City is a GPU-heavy title that benefits NVIDIA’s hardware. Like in most Unreal Engine 4 games, AMD’s hardware falls behind and as a result of that, the AMD Radeon RX580 is unable to offer a smooth gaming experience at 1080p/Ultra (though you can get a 60fps by lowering your settings to High). It’s also worth noting that The Sinking City does not require a high-end CPU in order to be enjoyed, however it suffers from some annoying stuttering issues. As such, let’s hope that Frogwares will release a post-launch patch in order to address these stutters.