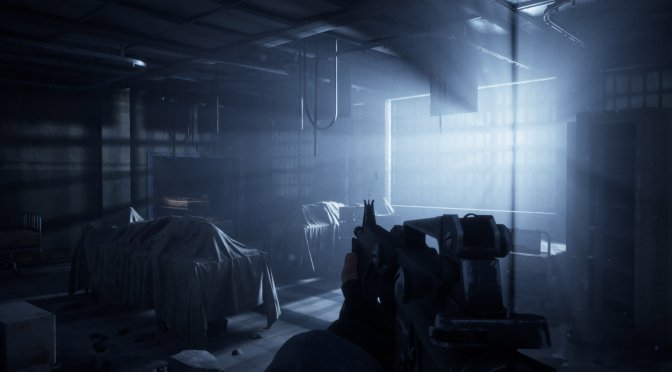 Reef Entertainment has released a new official Terminator game for the PC, Terminator: Resistance. This game is developed by Teyon, the team that was behind Rambo The Video Game, so don’t expect a triple-A title. However, Terminator: Resistance is actually a pretty decent double-A title. The game is using Unreal Engine 4 so it’s time to benchmark it and see how it performs on the PC platform. 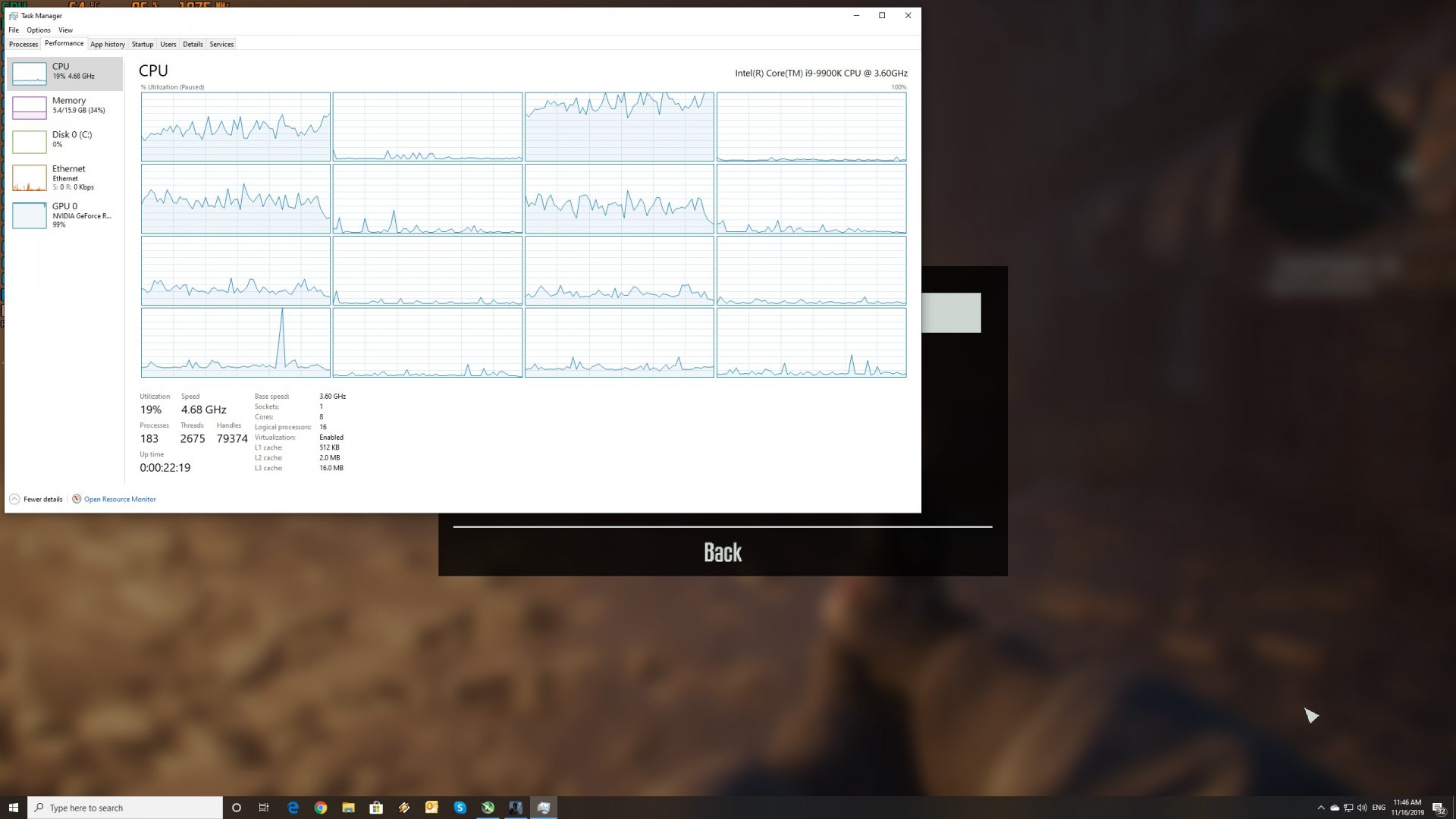 Teyon has added a few graphics settings to tweak. PC gamers can adjust the quality of Anti-aliasing, Post-Processing, View Distance and Shadows. There are also options for Textures, Effects, Material Quality, Film Grain and Motion Blur. The game also supports uncapped framerates and comes with a Resolution Scale. However, it does not feature any Field of View Slider. 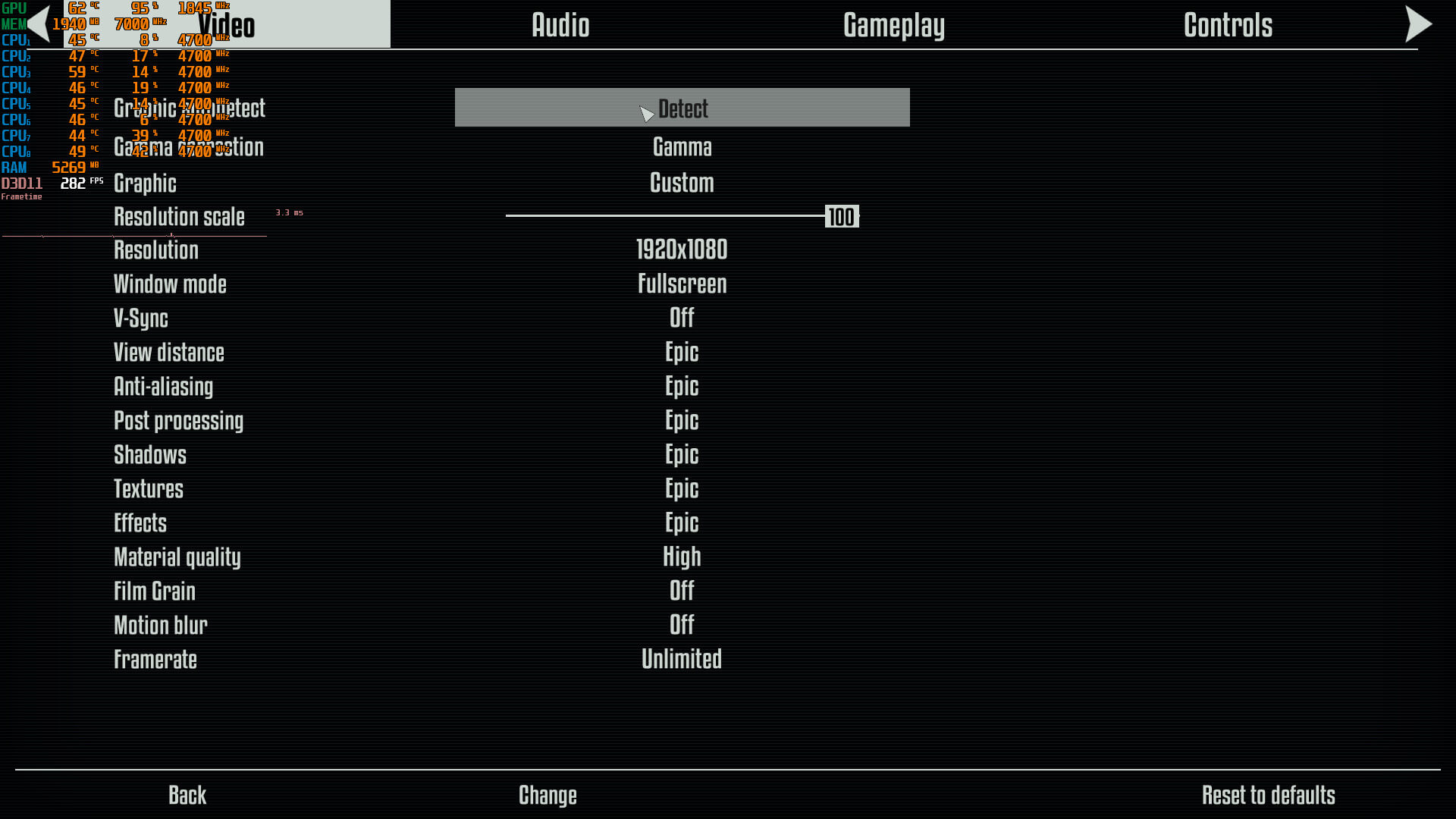 In order to find out how the game scales on multiple CPU threads, we simulated a dual-core, a quad-core and a hexa-core CPU. And we are happy to report that this new Terminator game does not require a high-end CPU. Without Hyper Threading, our simulated dual-core was unable to run the game due to extreme stuttering issues. With Hyper Threading enabled, our dual-core was able to push a minimum of 200fps and an average of 216fps. 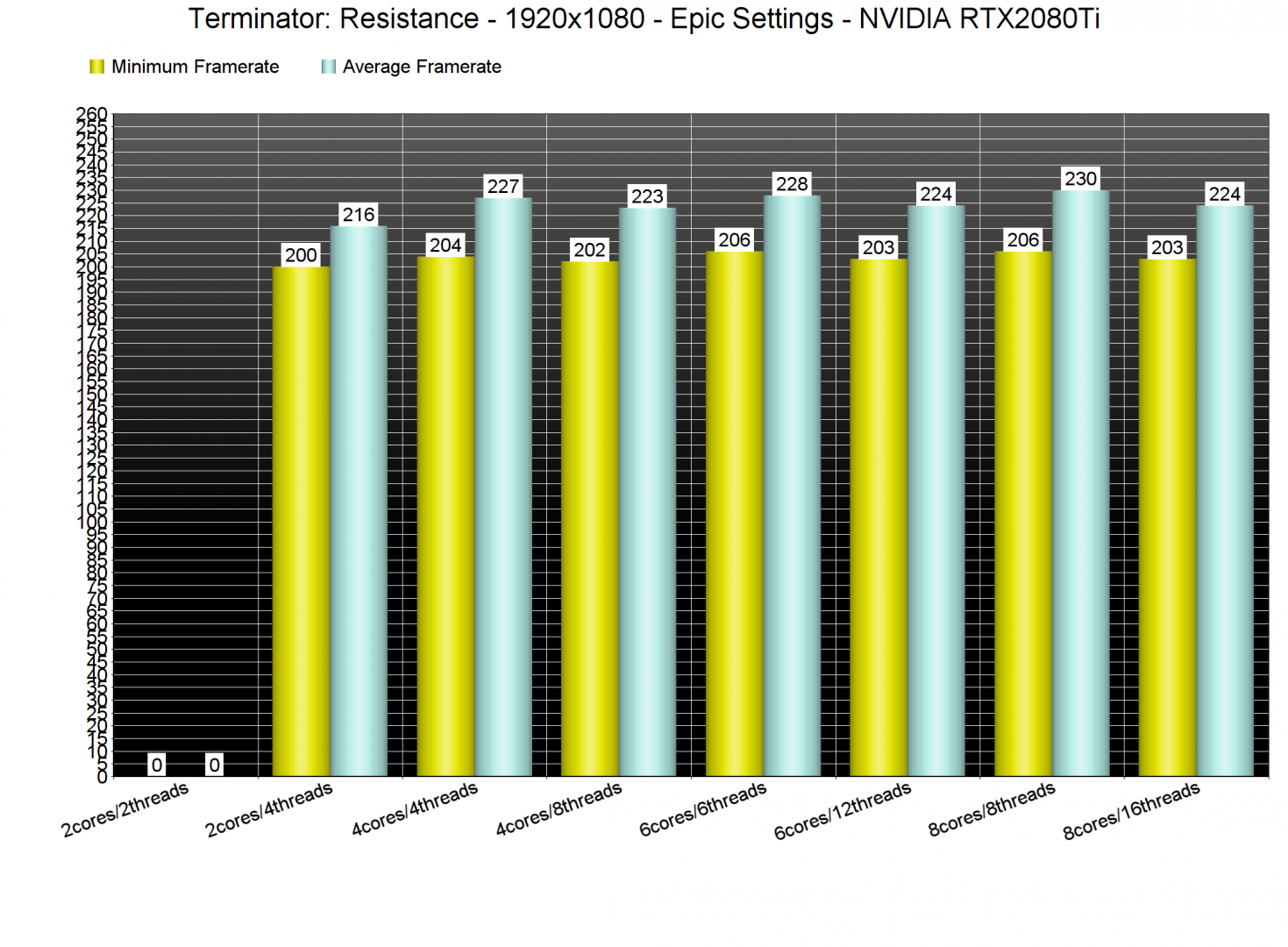 Now while the game does not require a high-end CPU, it definitely benefits from the better IPS of newer CPUs. Our Intel i7 4930K was bottlenecking the game on Epic settings and at both 1080p and 1440p. However, it was still able to push framerates higher than 100fps. As such, owners of older PC systems will have no trouble at all running the game. 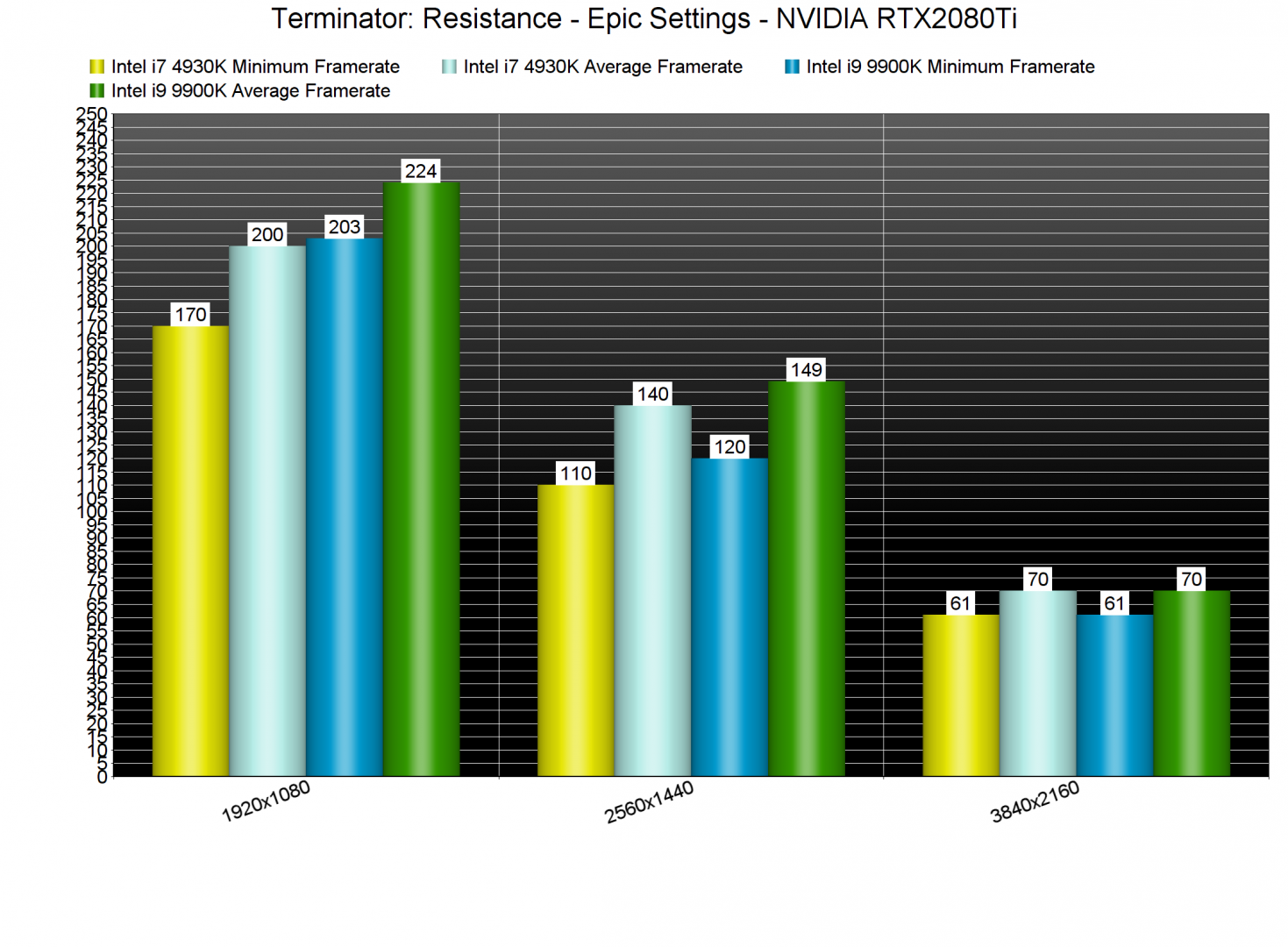 Terminator: Resistance does not also require a high-end graphics card. Most of our GPUs were able to offer a smooth gameplay experience at 1080p/Epic. Hell, even our NVIDIA GTX680 was able to offer a “console” 30fps experience. Therefore, expect to be running smoothly this latest Unreal Engine 4 game on a variety of PC configurations. 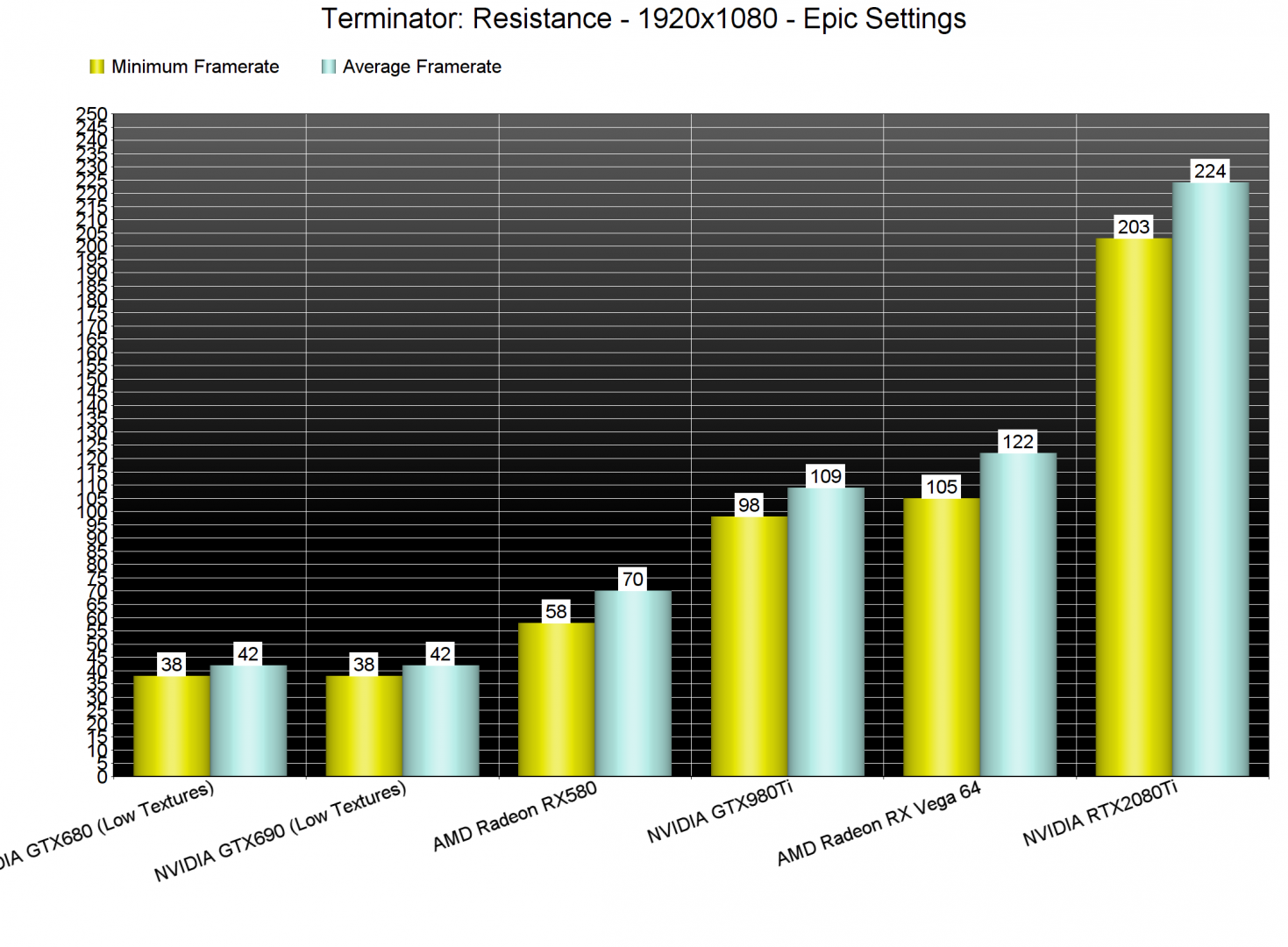 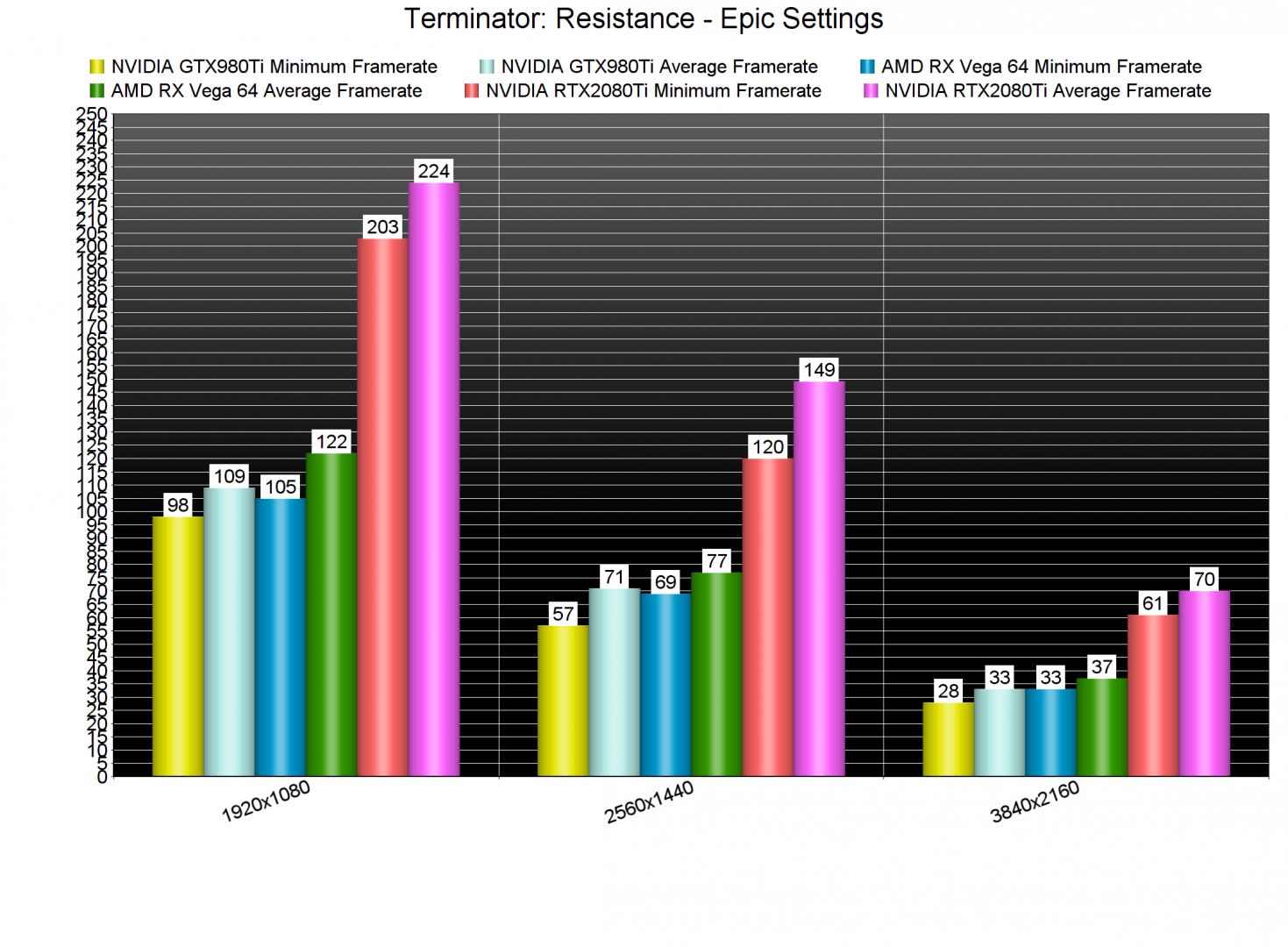 Graphics wise, Terminator: Resistance looks a bit dated. Its lighting system feels old-gen-ish and there are numerous low-resolution textures here and there. Its character models are pretty good for a double-A game all of the machines/terminators look amazing. Still, they cannot come close to what other PC games have achieved these couple of years. Players cannot bend the grass, and environmental interactivity is limited. There are also multiple pop-in issues of objects, even on Epic settings. Thus, it comes as no surprise that the game runs so well, even on dated graphics cards.

In conclusion, Terminator: Resistance performs great on the PC platform. Contrary to Rune 2 and Star Wars Jedi: Fallen Order, we did not experience any severe stutters. Moreover, the game runs smoothly on a variety of PC systems. Unfortunately, though, the game lacks a FOV slider and this is something that will disappoint a lot of PC gamers. Moreover, its visuals will not impress you. As such, Terminator: Resistance runs great on the PC, but it’s definitely not a great looking title.