Before starting this analysis, let us tell you that we are big fans of StarCraft 2. StarCraft 2 is a global phenomenon and we are really enjoying watching all the talented players duking it out on eSports. One of the biggest issues of it, however, was its single threaded capabilities of its engine and since Blizzard has released the first expansion of StarCraft 2, it’s time to see whether the company has tweaked the game’s engine or not.

As always, we used an overclocked Q9650 (4.2Ghz) with an Nvidia GTX690, 4GB RAM, Windows 7-64Bit and the latest version of the GeForce ForceWare drivers. Nvidia has already included an SLI profile for StarCraft 2, though most gamers won’t need it. As you may already know, StarCraft 2 is a CPU bound game and does not push the graphical boundaries. Truth be told, the game’s in-game cut-scenes look amazingly good. On the other hand though, the in-game visuals (while playing) are nothing worth writing about. They are good, they have a lot of style, and there are a lot of little details here and there, however there aren’t any significant changes between Wings of Liberty and Heart of the Swarm. 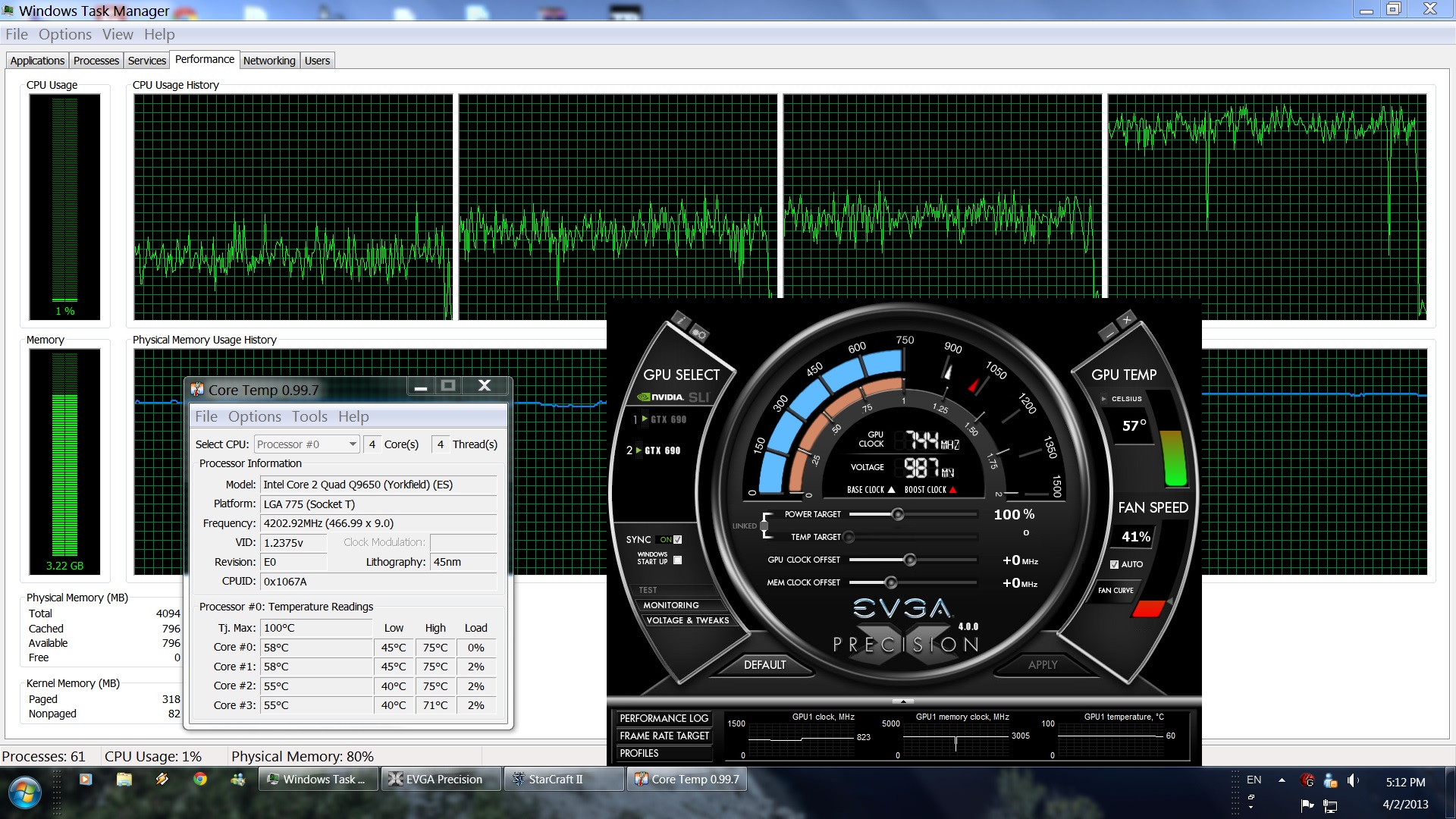 As said, Wings of Liberty was mainly a single threaded game and unfortunately, Blizzard has not overhauled the engine powering this strategy game. Heart of the Swarm relies – mostly – on one of the CPU cores, meaning that a lot of gamers will be easily CPU limited. Given its single-threaded nature, there isn’t any difference between dual-cores and quad-cores and as a result of that, PC gamers will either need to overclock their CPUs or to move on to CPUs that offer a better performance/Ghz ratio.

An older CPU processor at 4.2Ghz (either dual-core or quad-core) is not enough for a constant 60fps experience as when there were a lot of units on-screen, our framerate was dropping to mid 40s. Unfortunately, StarCraft 2’s multi-threading capabilities are not up to what most gamers would expect from a triple-A title, and it’s ironic that Blizzard has not decided to address it. Our guess is that Blizzard would have to re-write the game’s code – in the hope of not breaking any gameplay mechanics while attempting something like that – and that’s why we’re still facing this performance culprit. As this is a strategy game, though, a constant 30fps will be enough for most gamers. Still, once you go 60s – even on a strategy game – you can’t go back. 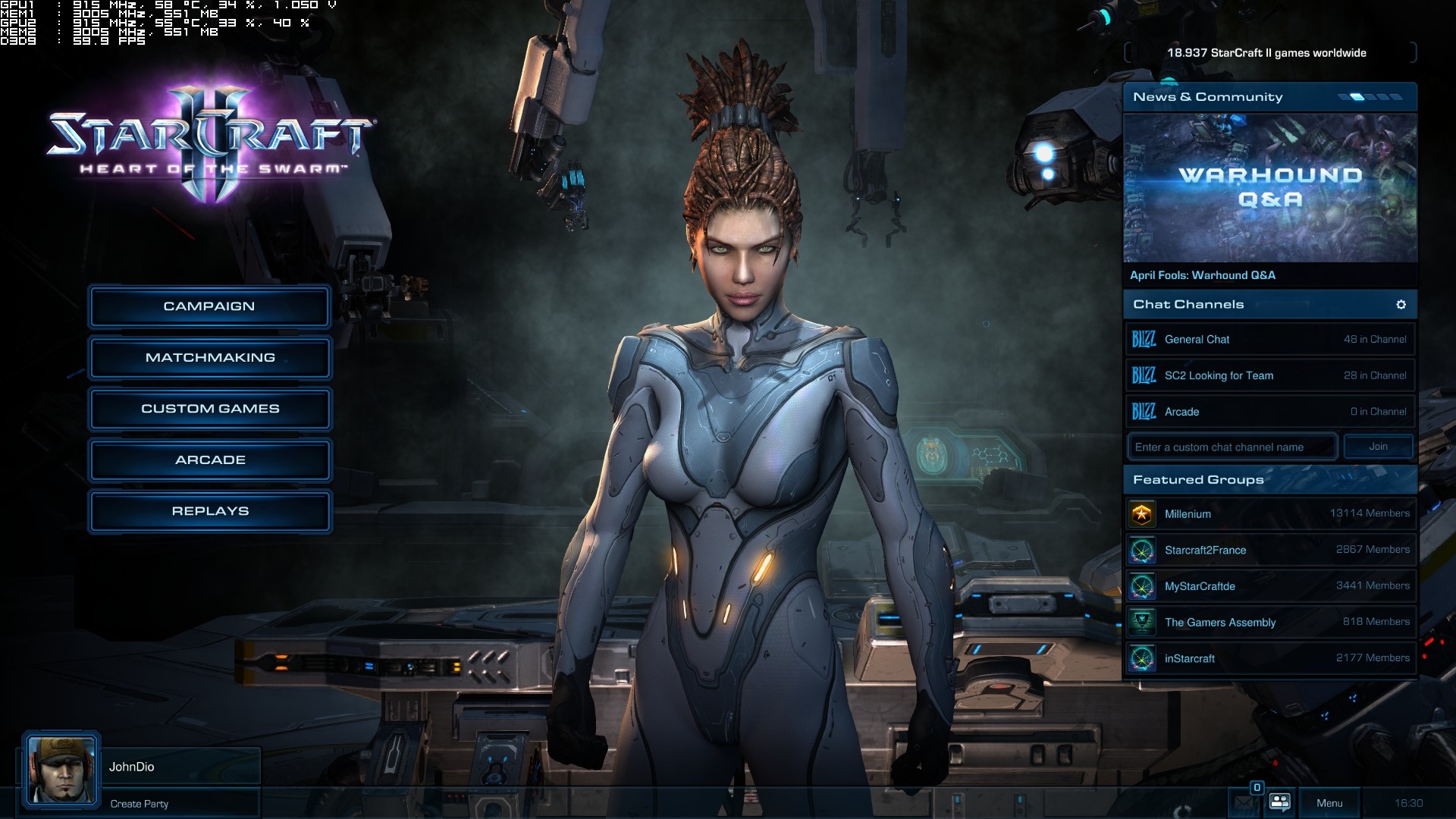 Graphics wise, things are as good – or as bad – as you remember them. The game starts with an amazing cinematic that will make you wish for visuals (and lighting) like that. Naturally, the in-game visuals are a far cry from those CG graphics. Obviously, Blizzard did not want to alienate its fanbase or increase the game’s requirements (as it is targeted to a lot of gamers). Still, it’s disappointing that the game’s visuals have not been overhauled. On the other hand, StarCraft 2: Heart of the Swarm is appealing to the eye, with units that are similar to their older 2D counterparts. And in our opinion, this is StarCraft 2’s big ace. Blizzard has added some new physics effects that look kind of cool, though there are nowhere close to those of all available PhysX titles (or to those of other games powered by Havok). 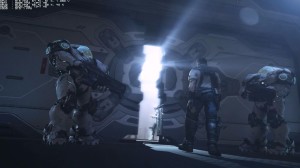 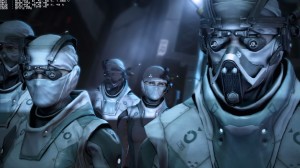 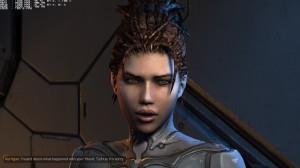 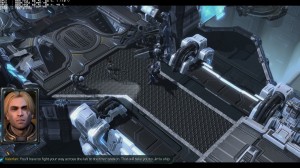 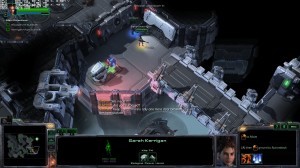 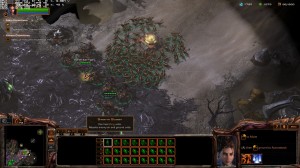 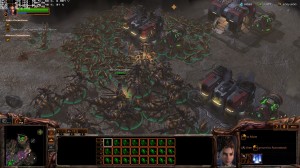 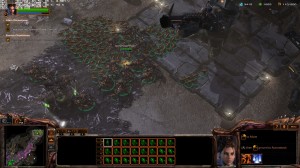