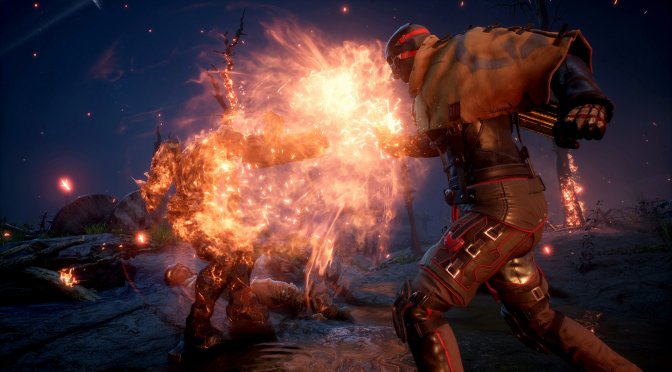 Square Enix has just released its 1-3 player, drop-in-drop-out, co-op sci-fi shooter, Outriders. Powered by Unreal Engine 4, it’s time now to benchmark it and see how it performs on the PC platform. 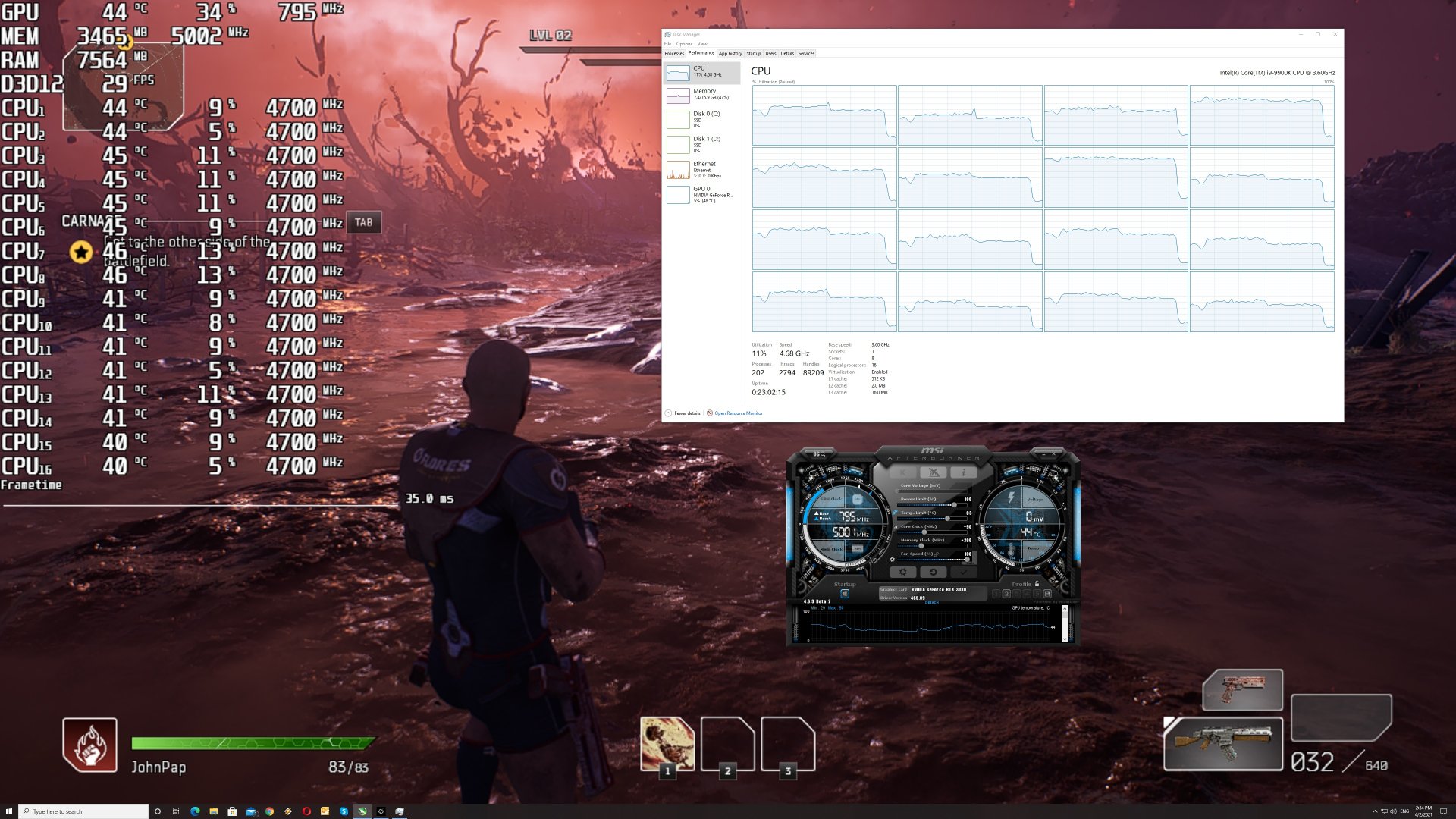 People Can Fly has added a few graphics settings. PC gamers can adjust the quality of Textures, Effects, Shadows, Anti-aliasing, Post-Process, View Distance and Foliage. There are also options for the framerate, FOV, Motion Blur and Resolution Scaling.

In order to find out how the game scales on multiple CPU threads, we simulated a dual-core, a quad-core and a hexa-core CPU. Without Hyper-Threading, our simulated dual-core was unable to run the game due to severe stuttering issues. With Hyper-Threading enabled, our dual-core system was able to offer more than 90fps at all times at 720p/Ultra Settings. The reason we dropped our resolution to 720p was so that we could eliminate any possible GPU limitation. We did also experience some stutters, though they were not THAT annoying for a dual-core PC system. 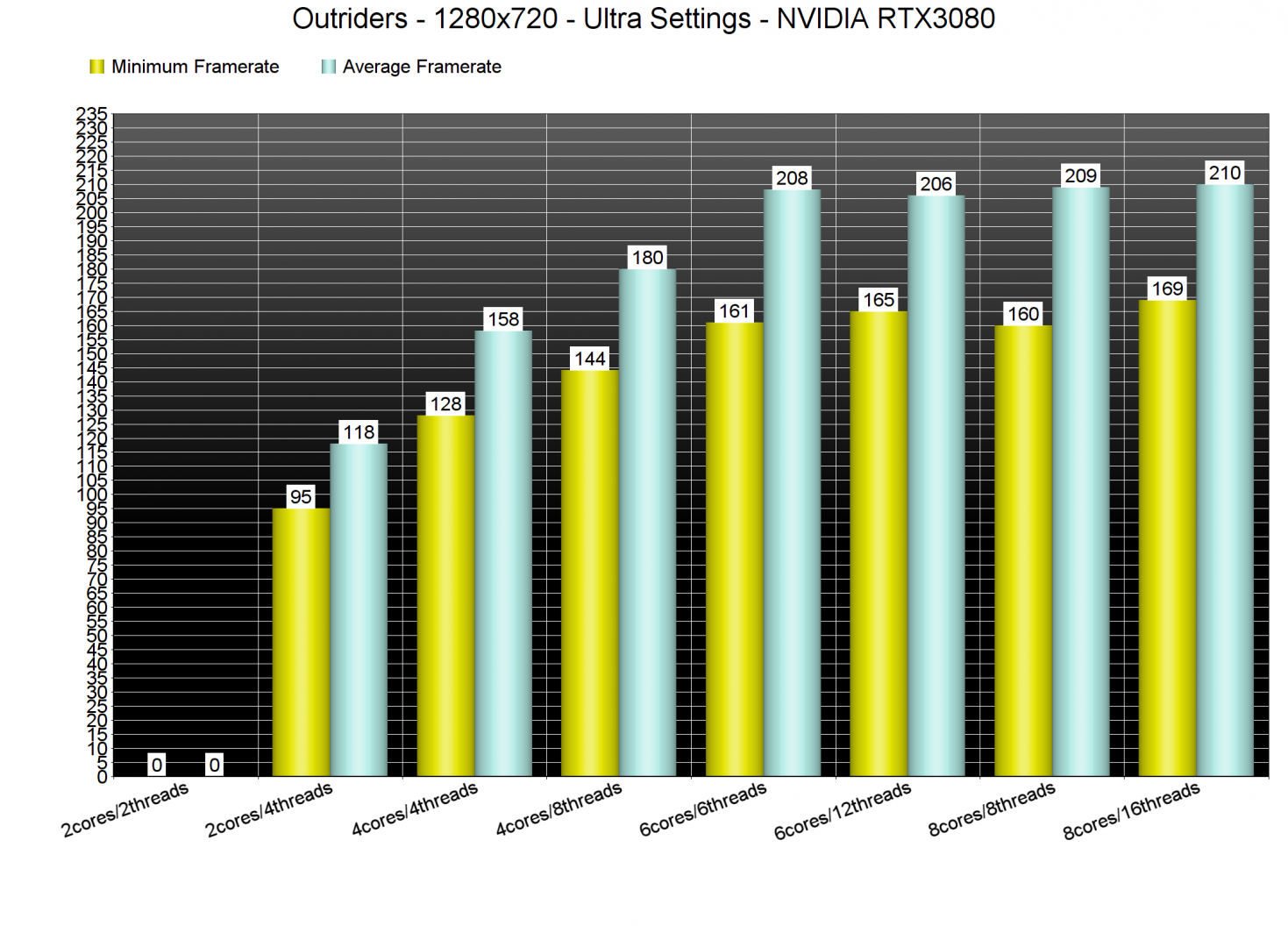 Speaking of the stuttering issues, we did not experience a lot of stutters during gameplay. There were a few, however, they weren’t as many as those that have been reported online. We don’t know whether People Can Fly has fixed it via a post-launch update, or whether it was caused by its server issues.

Now while the game does not require a high-end CPU, it does require a somehow powerful GPU. At 1080p/Ultra Settings, our GTX980Ti was borderline able to offer a 60fps experience (there were very minor drops to 58fps). Surprisingly enough, our Vega 64 was able to offer a noticeable better experience than the GTX980Ti in this Unreal Engine 4 game. This is mostly due to the DX12 API which does not bring any additional driver overhead on AMD’s hardware. 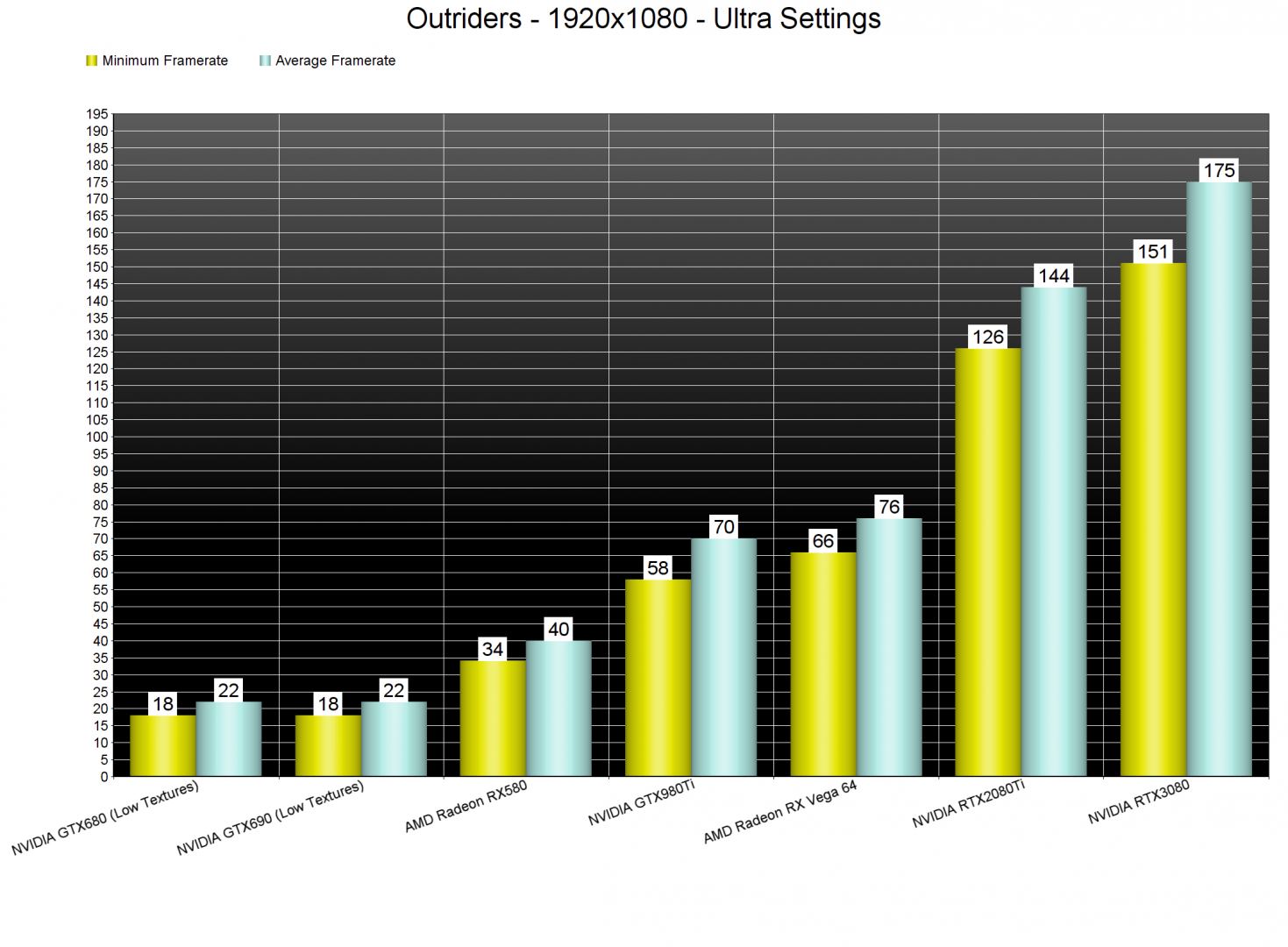 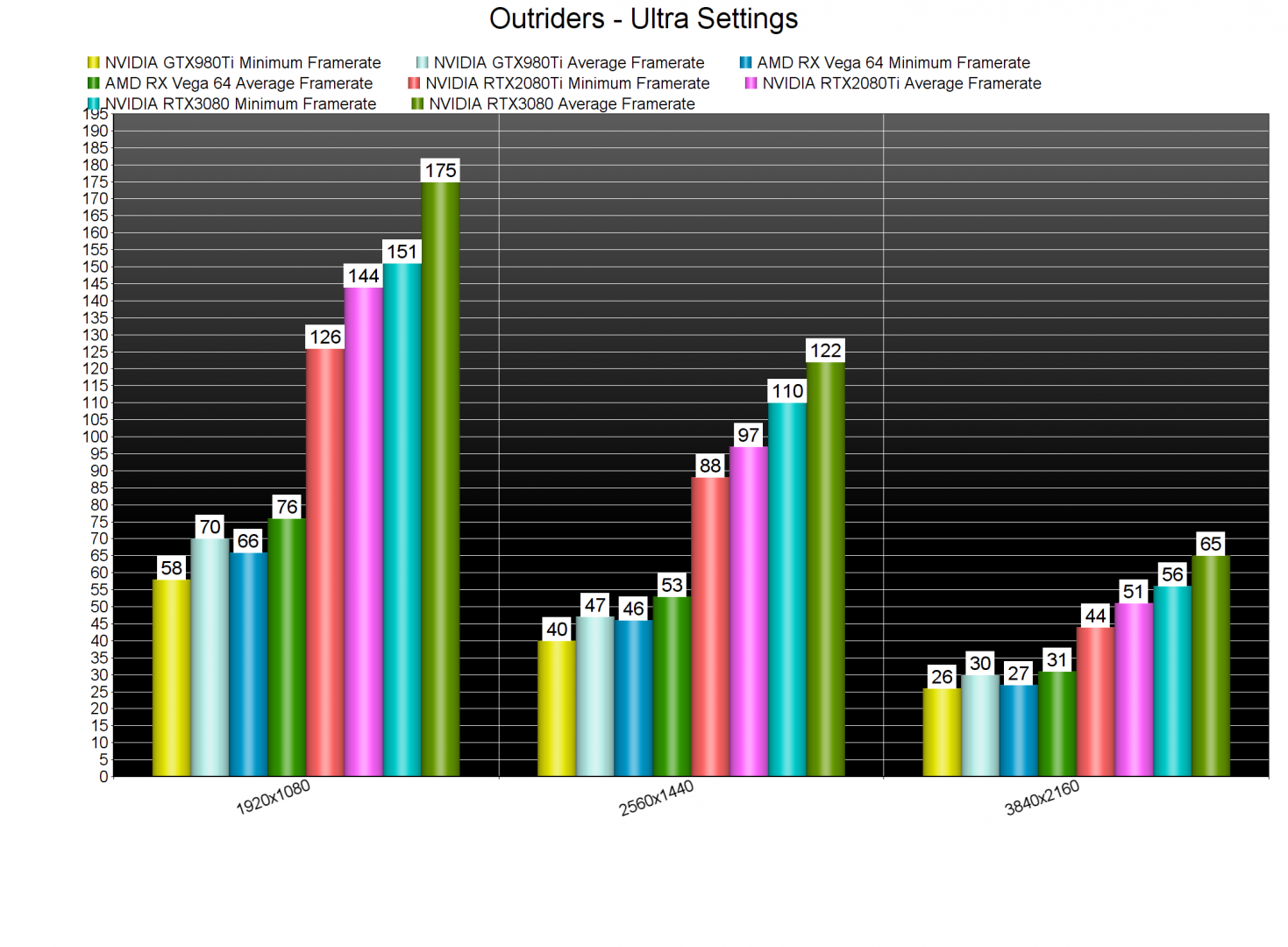 Now as we’ve already reported, Outriders supports DLSS 2.0. From what we could see, there aren’t any major visual differences, so we highly recommend enabling it.

Graphics-wise, Outriders can at times look great. However, there are also times when the game looks kind of “flat” and “meh”. This is mostly to the lighting system as in indoor environments, the game can look a bit dated. Under these conditions, the game would significantly benefit from ray-traced lighting and ambient occlusion.

All in all, Outriders does not require a high-end CPU, but it does require a somehow powerful GPU. Furthermore, the game cannot come close to the most optimized UE4 games. For instance, Gears 5 looks and runs better than it. On the other hand, People Can Fly is not as big as The Coalition, so we should not be so harsh with them. So, while this isn’t one of the most optimized games, it’s also way better than your “average joe“. There are some stuttering issues, as well as some connectivity issues. The game also does not feature any offline mode or a pause function (though NVIDIA owners can use Ansel to pause the game). Thus, let’s hope that People Can Fly will be able to resolve all of the aforementioned issues.