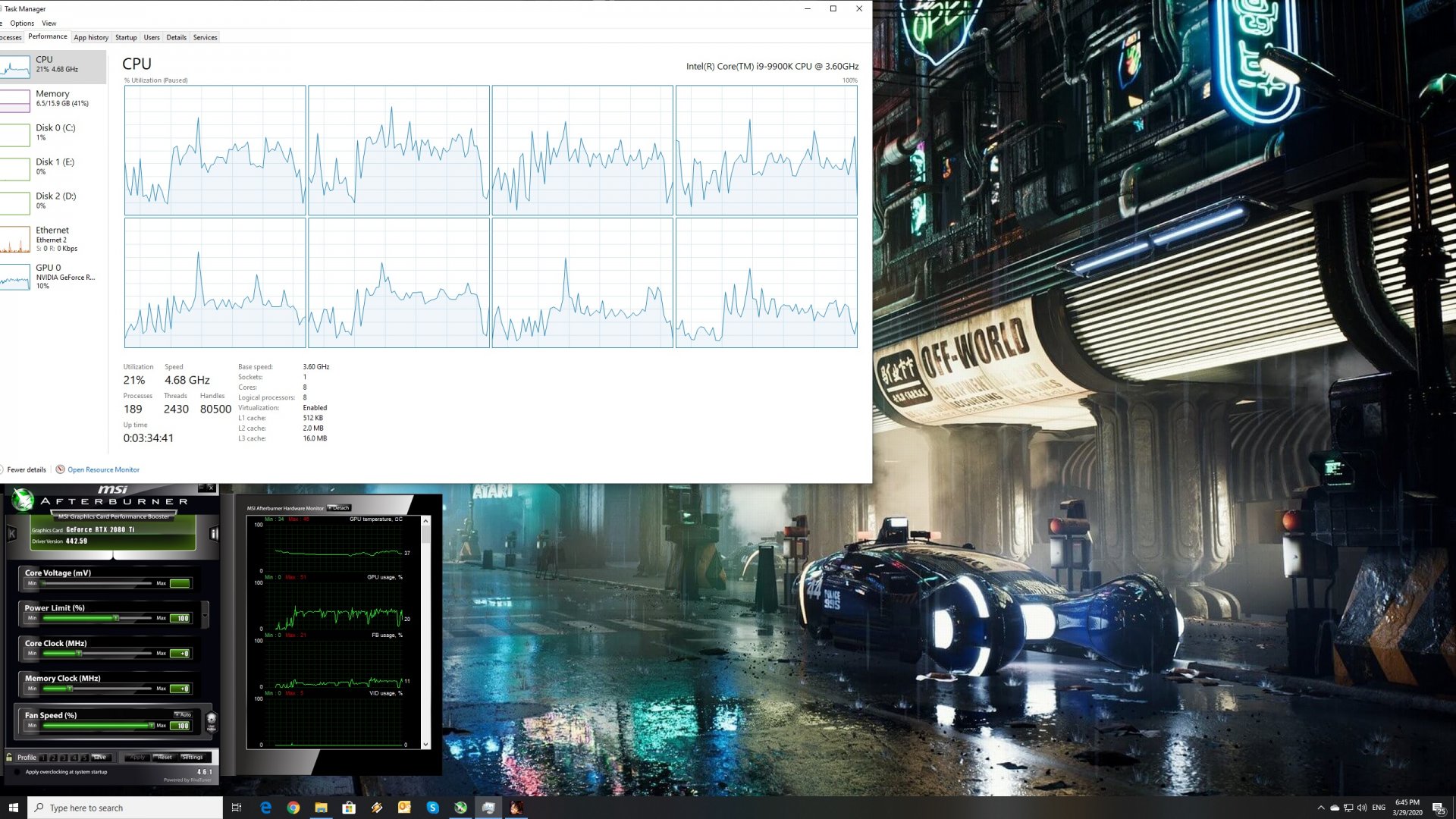 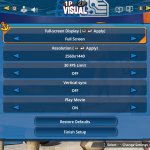 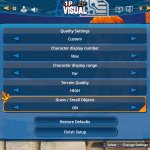 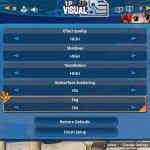 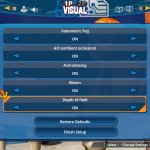 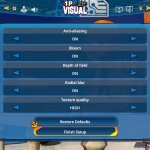 In order to find out how the game scales on multiple CPU threads, we simulated a dual-core, a quad-core and a hexa-core CPU. Unfortunately, the game could not run at all on our simulated dual-core system. On the other hand, its official PC requirements list an Intel i5 CPU so I guess it makes sense that the game is not playable on an Intel dual-core CPU. 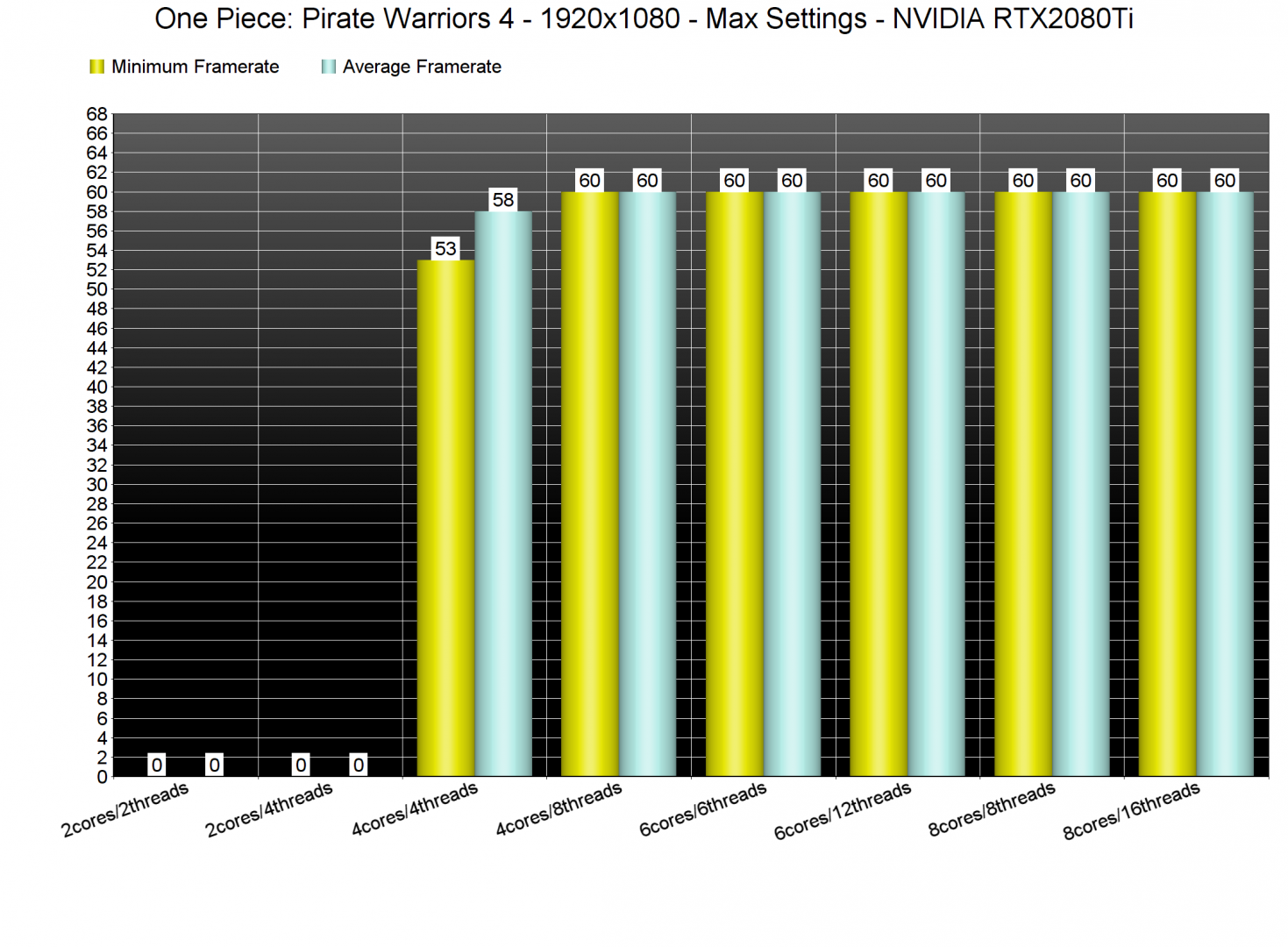 On our simulated quad-core system, we also noticed some frame drops here and there on Max settings at 1080p. These framerate issues were, thankfully, fixed when we enabled Hyper Threading. So yeah, if you own a quad-core CPU that supports Hyper Threading, we recommend enabling it.

One Piece: Pirate Warriors 4 is locked at 60fps, and we could not find a way to unlock the framerate. Thankfully, the game runs smoothly on a variety of graphics cards. At 1080p/Max settings, all of our GPUs were able to provide a smooth 60fps experience. 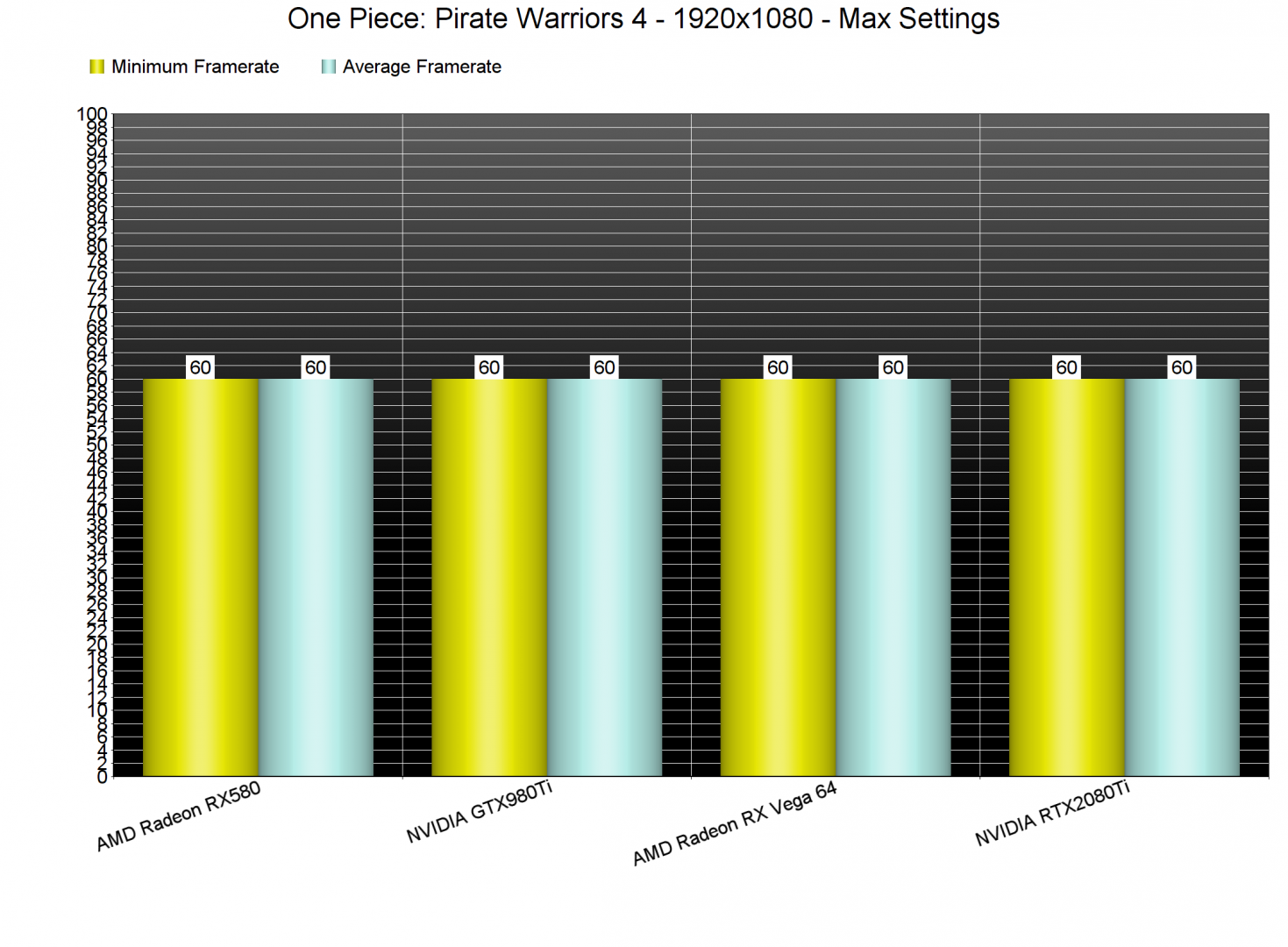 At 1440p, our three most powerful GPUs were also able to provide a smooth gaming experience. As for 4K, the only GPU that was able to offer a constant 60fps experience was the RTX2080Ti. 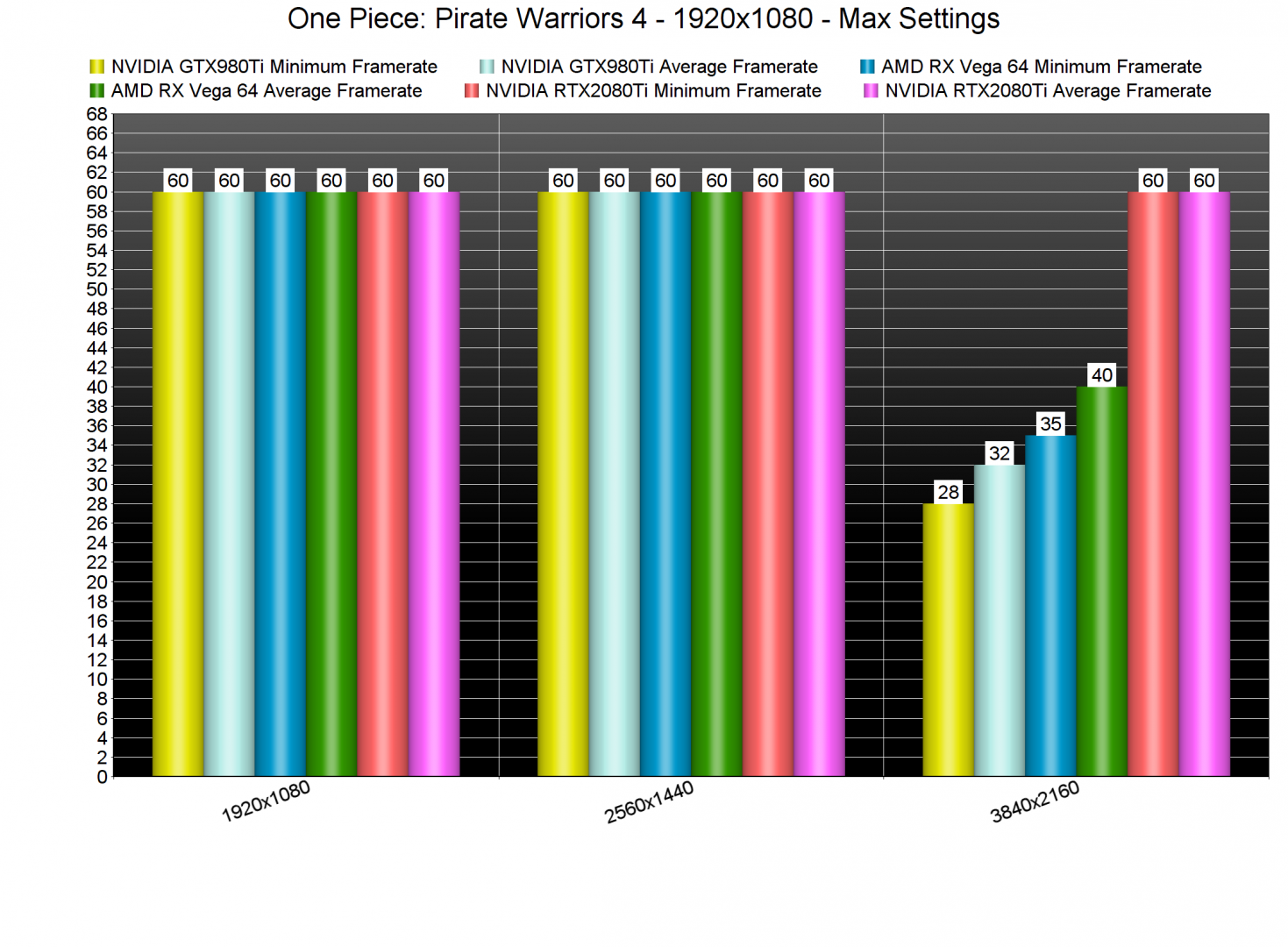 Graphics wise, One Piece: Pirate Warriors 4 looks cool. The game has an amazing anime-like style, and all of the characters look similar to their anime counterparts. Furthermore, there are some cool environmental destructibility effects. Not only that, but the game pushes a lot of enemies on screen. And when I say a lot, I mean A LOT. This is typical for a Dynasty Warrior-like game, however, it’s really cool witnessing a game with this amount of enemies running silky smooth. Still, One Piece: Pirate Warriors 4 is not THE best looking PC game. Far from it. The game does not come remotely close to what other triple-A games have achieved. Still, it’s not a bad looking game.

What’s also worth noting is the polished state of the PC port. Since this is a KOEI Tecmo game, I was fearing for the worst. However, this is one of the best KOEI Tecmo games to date. Alongside the numerous graphics settings, the game supports mouse and keyboard from the get go. Moreover, it displays proper K&M on-screen indicators. We did not also experience any mouse acceleration/smoothing issues. Bravo KOEI Tecmo.