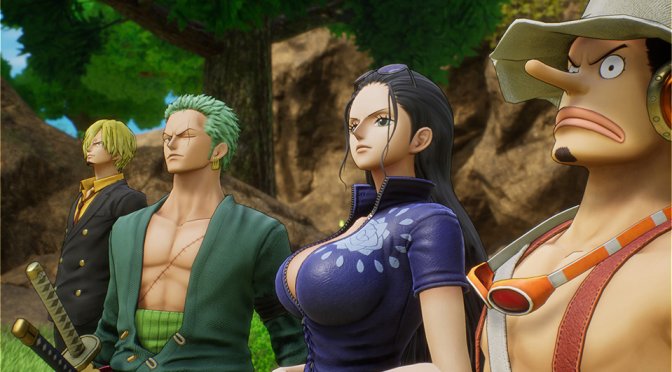 Bandai Namco has released One Piece Odyssey on PC, a new open-world RPG with a turn-based battle system. Powered by Unreal Engine 4, it’s time to benchmark it and see how it performs on the PC platform. 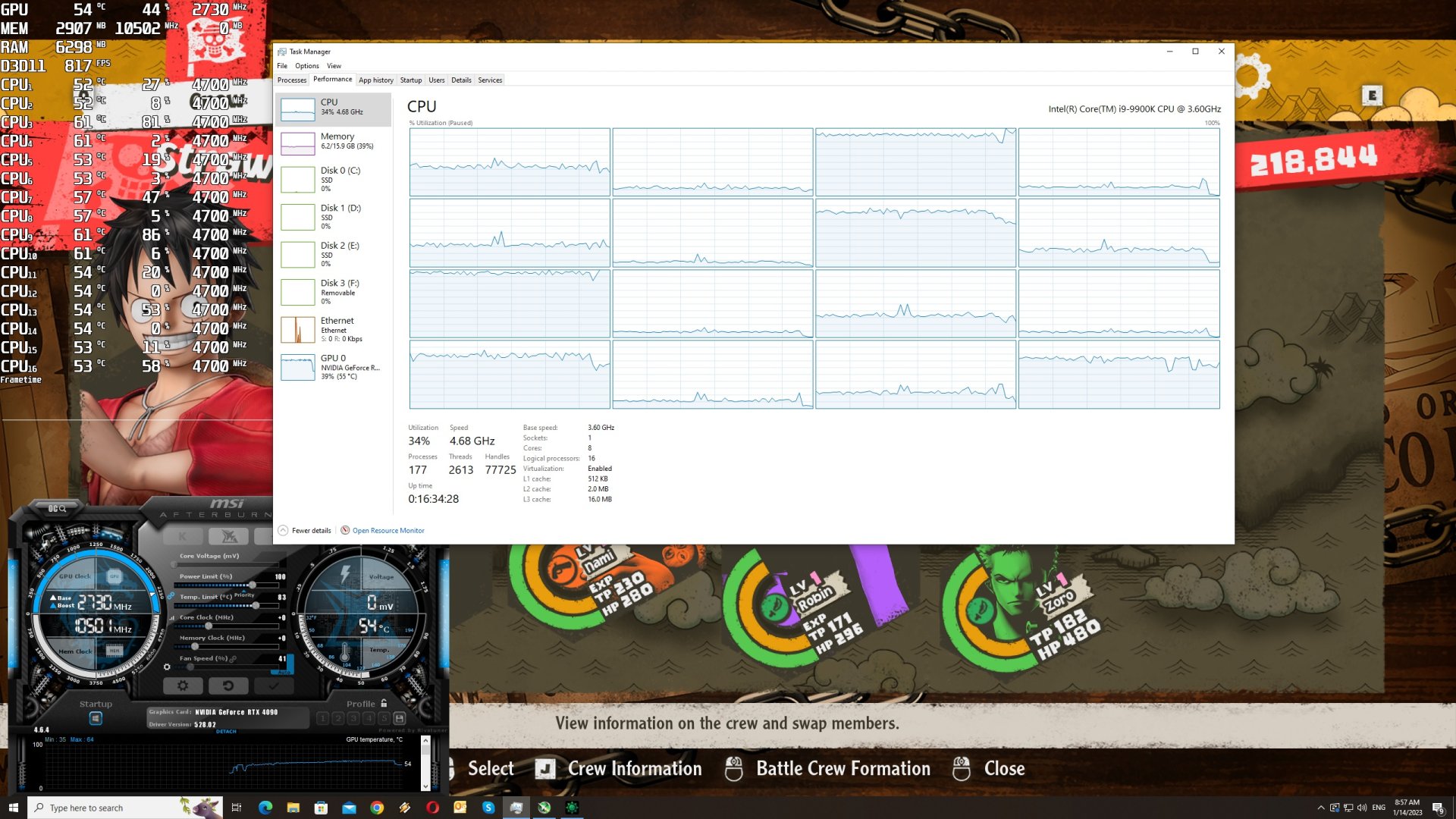 ILCA has added a few graphics settings to tweak. PC gamers can adjust the quality of Anti-Aliasing, Shadows, DOF, Post-Processing and Motion Blur. Surprisingly enough, there isn’t any setting for adjusting the quality of textures. Furthermore, there isn’t any FOV slider. And, similarly to a lot of UE4 games, the game does not support downsampling (unless you set your desktop resolution to a higher one than your native res). Thankfully, though, the game supports uncapped framerates.

One Piece Odyssey does not require a high-end PC system. At 1080p/Max Settings, we were able to get a minimum of 150fps on a simulated dual-core system. In short, there wasn’t any point to simulate other CPU configurations as the game can run with more than 150fps on a huge range of CPUs.

One Piece Odyssey does not feature any built-in benchmark tool. Thus, for our benchmarks, we used Adio’s House area. That area appeared to be one of the most demanding ones, making it ideal for our tests.

Most of our GPUs were able to hit constant 60fps at 1080p/Max Settings. Hell, even the AMD Radeon RX 580 was able to hit an average of 62fps. 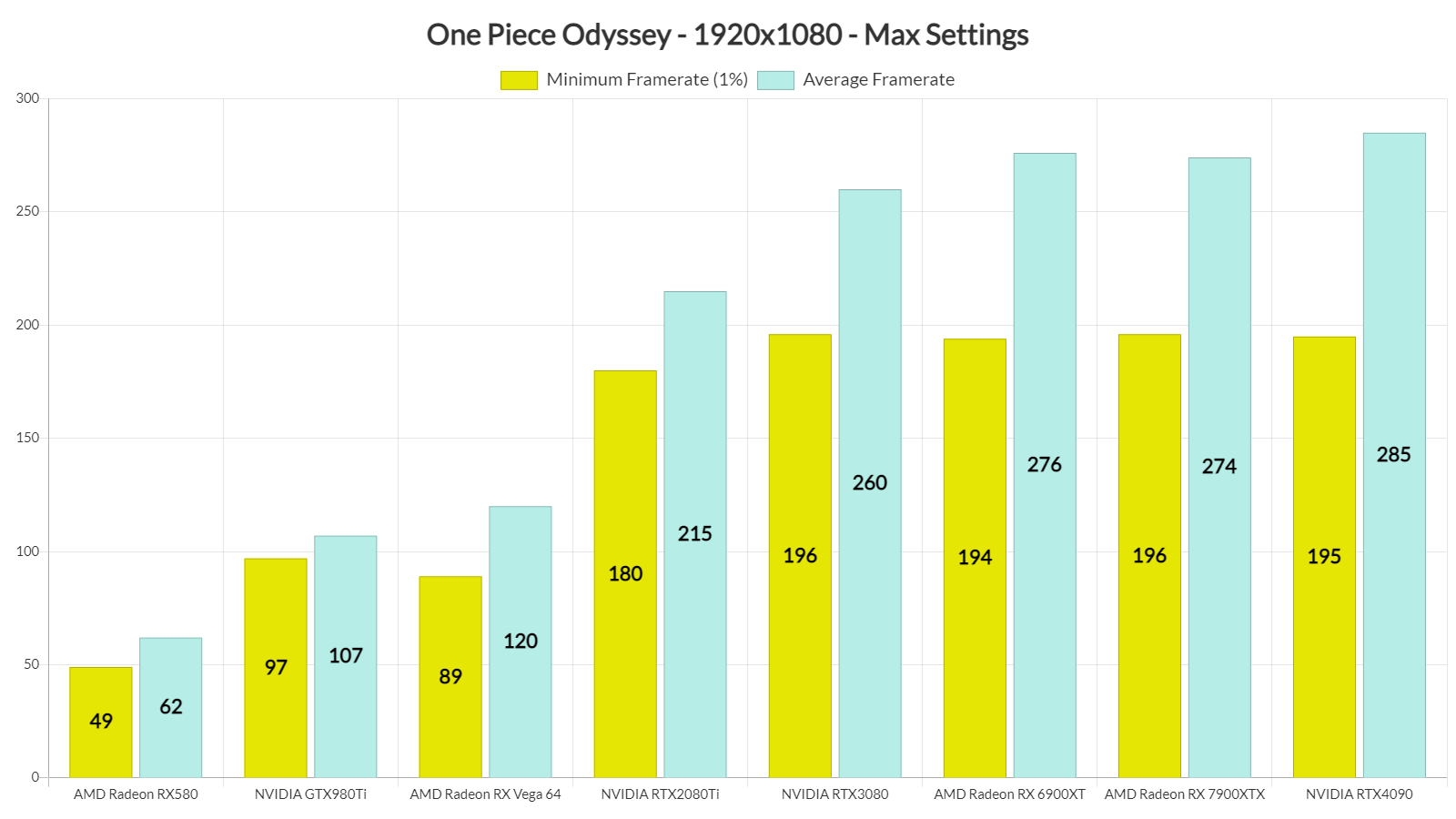 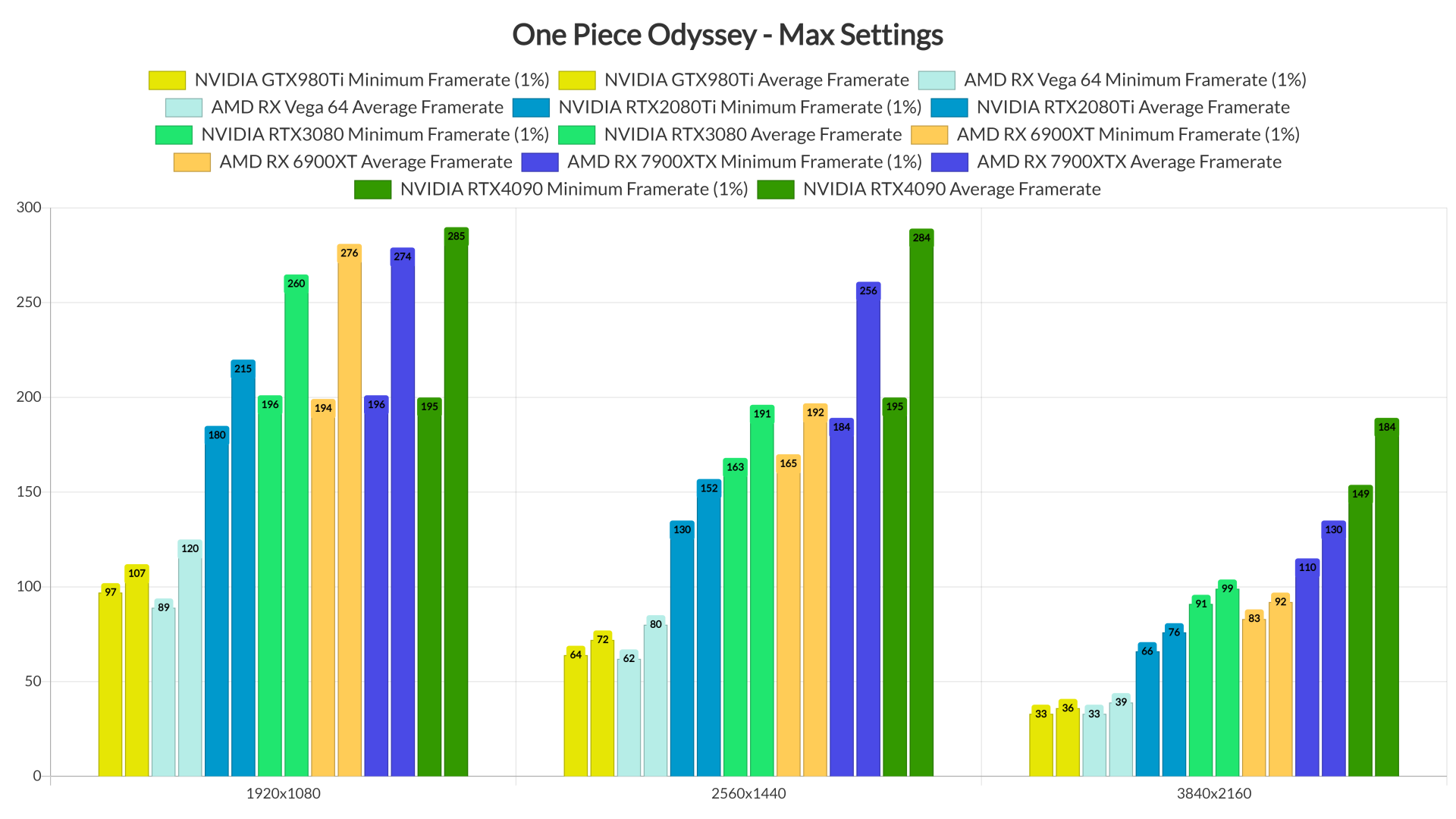 Graphics-wise, One Piece Odyssey has a great art style.  Most of its environments are pleasing to the eye, and its characters are highly detailed. Unfortunately, though, the game suffers from aggressive LOD transitions. Furthermore, its pre-rendered cut-scenes are locked at 30fps, and there are some minor shader compilation stutters. Thankfully, these stutters are nowhere close to what we’ve seen in the launch versions of The Callisto Protocol or Sackboy: A Big Adventure (for those wondering, these two particular games have received performance patches that eliminated their shader compilation stutters).

All in all, One Piece Odyssey does not require a powerful PC system. This is great news as owners of mid-range PC systems will be able to enjoy it. The game also works wonderfully with Keyboard and Mouse (and there are proper K&M on-screen prompts). As said, we do have some minor gripes with it (a higher LOD setting would be a godsend) but overall, this is a solid PC game! 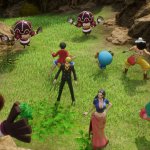 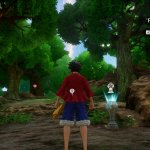 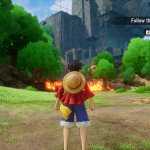 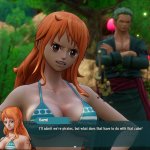 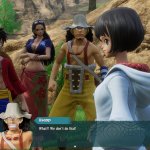 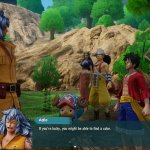 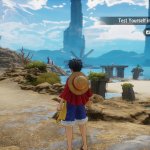 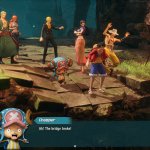 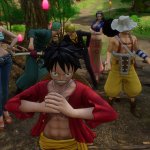 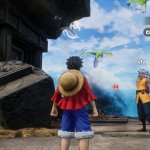 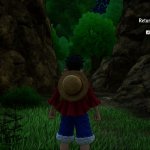 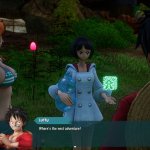 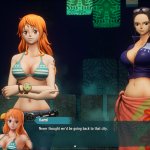 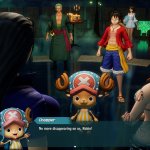 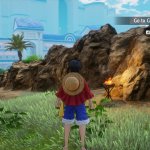