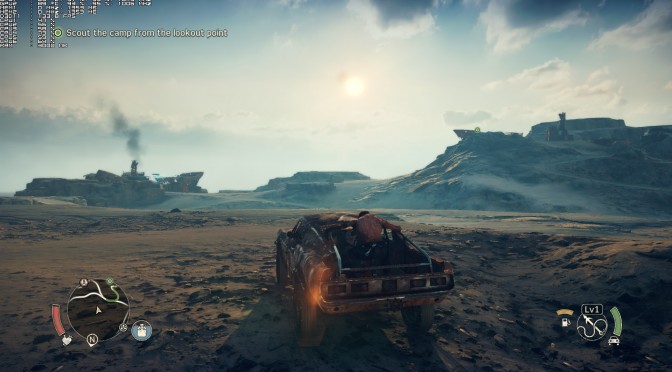 After what happened with Batman: Arkham Knight, a lot of PC gamers worried about the “technical” state of Mad Max. Despite the fact that Avalanche was clear enough in our Interview, stating that “the Windows version has been continuously developed as one of our main platforms and is being given just as much attention“, PC gamers were still not convinced about it. Well, we are happy to report today that Mad Max is one of the most optimized PC games of 2015.

Warner Bros was kind enough to provide us with a Review code for Mad Max. As always, we used an Intel i7 4930K (turbo boosted at 4.2Ghz) with 8GB RAM, NVIDIA’s GTX690, Windows 8.1 64-bit and the latest WHQL version of the GeForce drivers. NVIDIA has included an SLI profile for the game (that comes with incredible scaling) so you won’t have to mess with third-party programs in order to enable it. 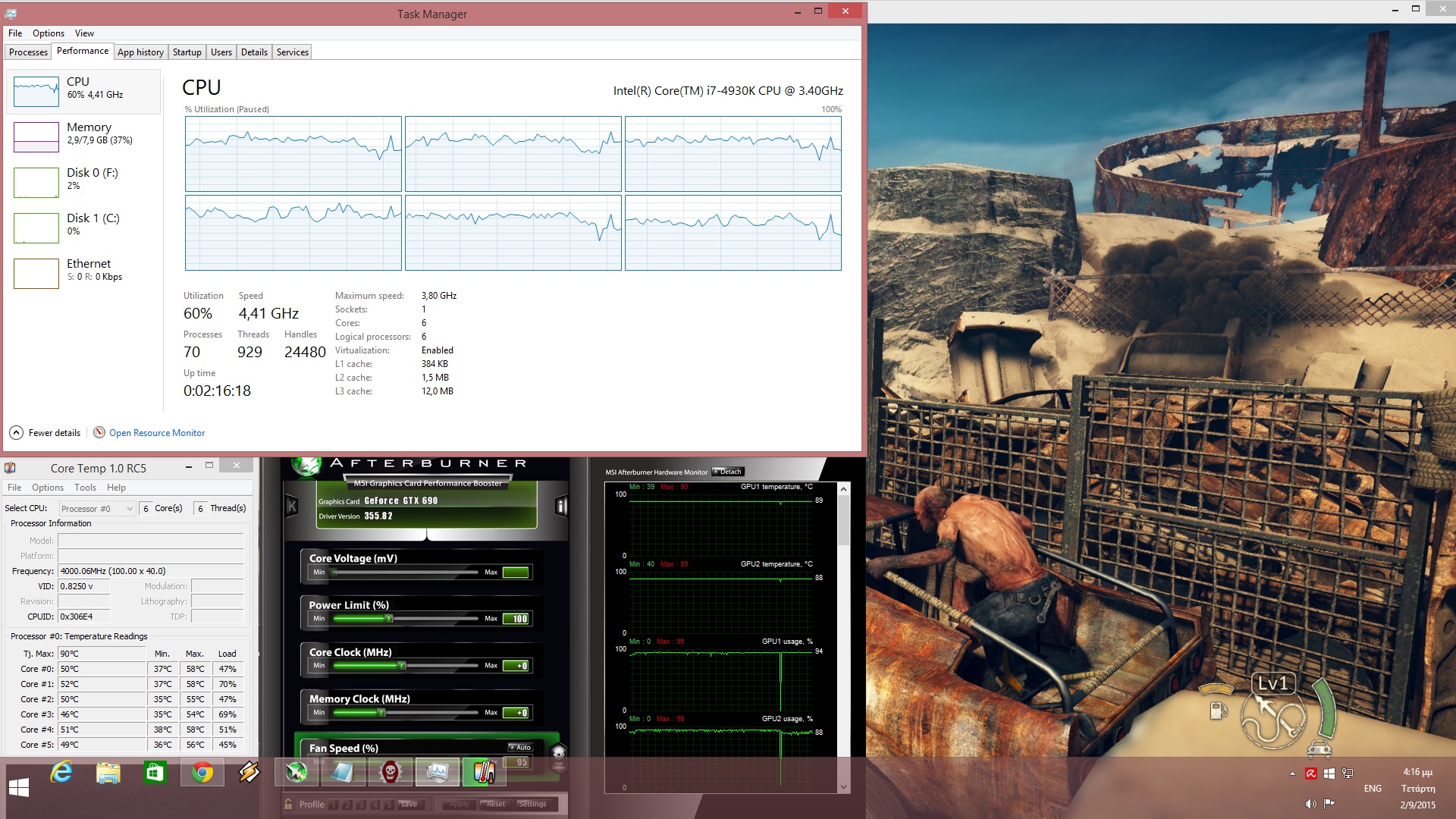 Mad Max is powered by the Avalanche Engine and scales incredibly well on multiple CPU cores. The fact that the game scales well on six CPU cores (showcased by our graph) does not mean that the game is CPU bound. On the contrary, Mad Max was fully playable with a simulated tri-core CPU and a simulated dual-core CPU (with Hyper Threading enabled of course). What’s really amazing here is that even on our simulated tri-core system, there was minimal to none stuttering while driving across the desert.

Regarding its GPU requirements, Mad Max can be almost maxed out by a single GTX680. Our GTX690 was able to run this game with constant 90-100fps at 1080p with all its bells and whistles enabled. Not only that, but we were GPU-limited (our GTX690 was used at 98%) even on our simulated tri-core system, suggesting that those with a weak CPU and a really powerful GPU will be able to crank up all graphics settings without encountering any performance issues at all.

Graphics wise, Mad Max is not that impressive. While characters are on par with other triple-A open-world games, it’s post apocalyptic desert environments feel a bit empty. Of course this has nothing to do with what the engine is capable of or with the work of Avalanche’s artists; it’s just that this environment’s theme is by default… empty. There are also a lot of low-resolution textures and gamers will definitely notice various pop-ins here and there.

As Avalanche’s Alvar Jansson told us:

“With the large open world, we have a LOD system that goes from tens of kilometers down to centimeters. To avoid popping in the landscape mesh, we use spatial geo-morphing. The high-res terrain LOD also contains the lower LOD’s positions so that it can blend itself out seamlessly. For long-range environment meshes we use object-space normal maps, since they give a more consistent lighting result when the topology changes. We stream the mesh LODs and texture mip levels asynchronously, ideally just what you see will be read from disk.” 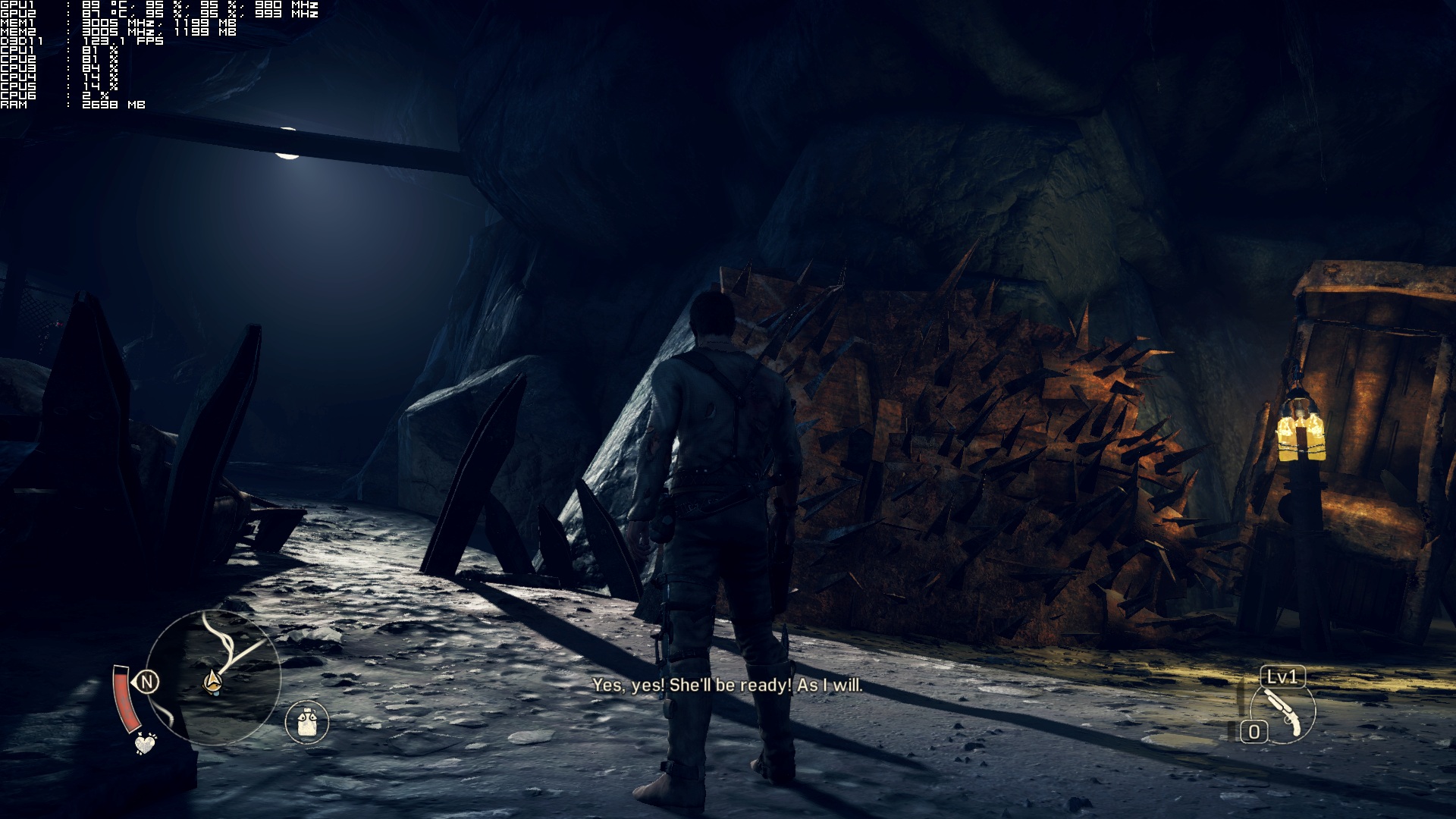 What really impressed us with Mad Max was the fact that almost all light sources cast shadows. And yes, even your flashlight cast shadows on all environmental objects. Furthermore, there is a nice – yet limited – damage/destruction system that although it’s not as “wow-ish” as the one in Just Cause 2 or 3, it’s still better than nothing.

Avalanche has included a nice amount of graphics options to tweak. Players can adjust the Geometric Detail, the resolution of the in-game shadows, the number of the light sources that cast shadows, Texture detail, the amount of decals and landscape debris, the quality of FOG and Particles, as well as the quality of Volumetric Lighting and Depth of Field. In addition, players can enable or disable Parallax Occlusion Mapping, Point Light Specular, Anti-Aliasing, Soft Particles, SSAO, Heat Haze and Bloom.

All in all, Mad Max is a welcome surprise. Yes, Mad Max is not the best looking open-world game out there (especially when it comes to its textures quality), however it’s far from being described as average or ugly. Mad Max looks good and runs exceptionally amazing on the PC platform. Avalanche has offered a PC game that scales well on multiple PC configurations and does not suffer from stuttering issues. Oh, and as you may have guessed, there are proper on-screen keyboard indicators, we did not experience any mouse acceleration side effects, and all keys can be remapped.

Those interested can purchase Mad Max via the following button. 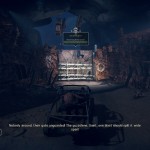 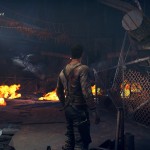 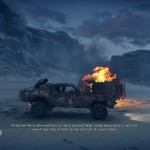 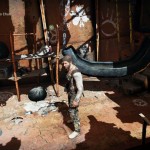 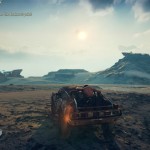 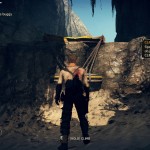 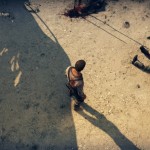 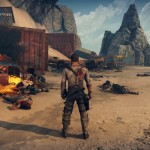 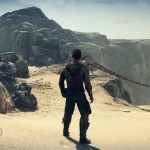