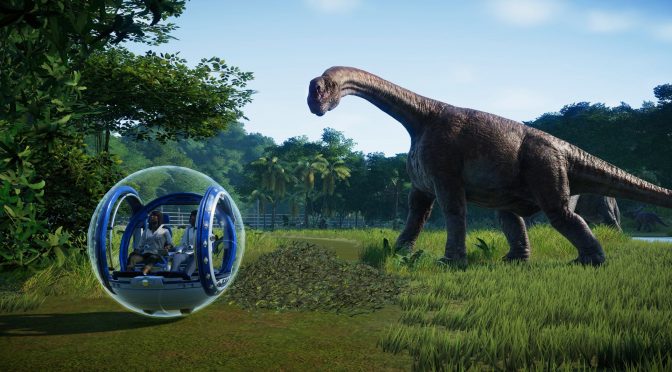 Jurassic World Evolution is the latest park builder based on the famous Jurassic Park/World series. Powered by Frontier’s Cobra Engine, the game has been released so it’s time to benchmark it and see how it performs on the PC platform. 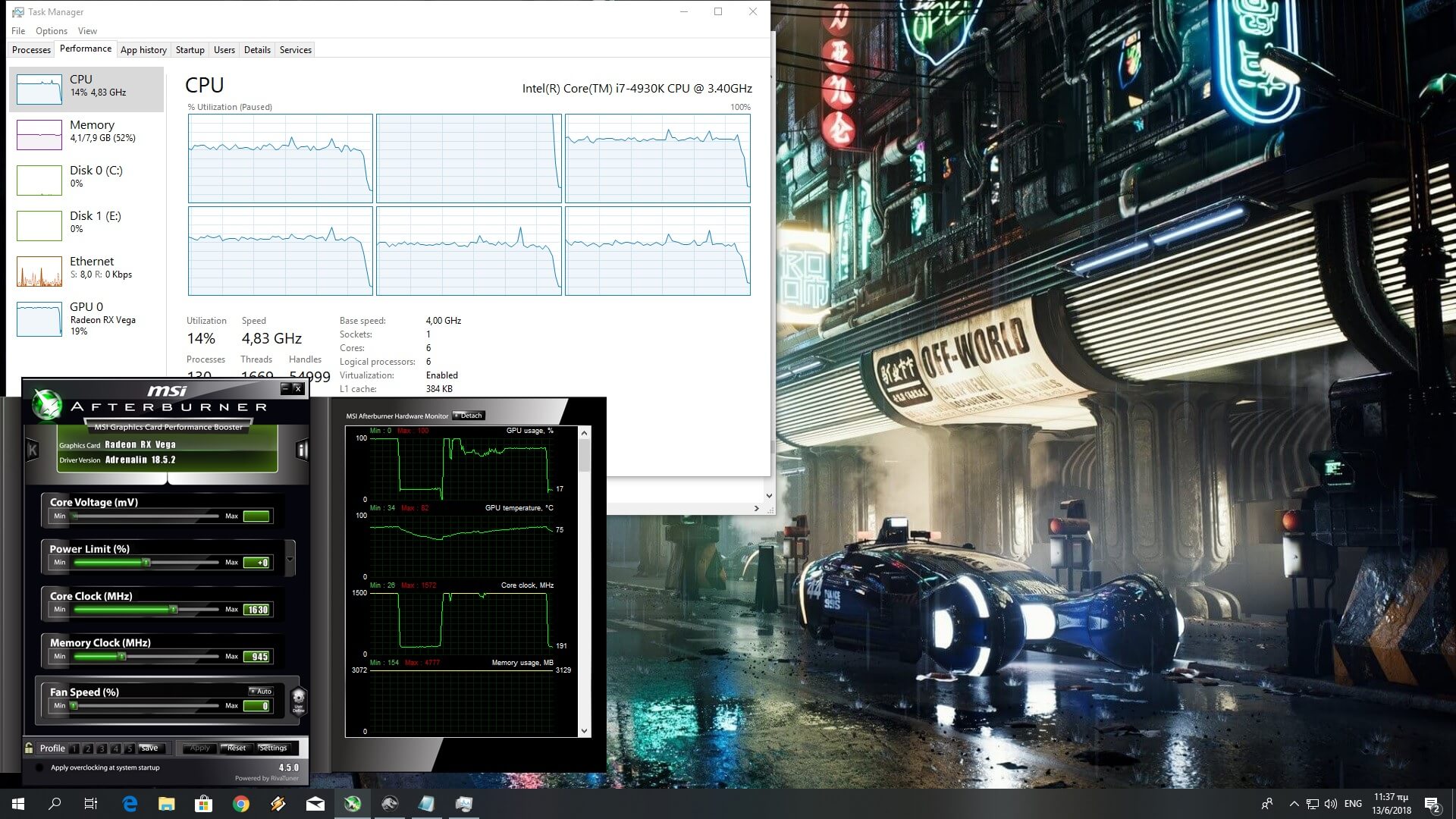 Jurassic World Evolution is one of the few titles that greatly benefits AMD’s hardware. Our GTX980Ti was simply unable to offer a smooth gaming experience at 1080p on Ultra settings. In fact, NVIDIA’s GPU performed similarly to AMD’s Radeon RX580. On the other hand, AMD’s Radeon RX Vega 64 was able to surpass the GTX980Ti by 20fps, and was able to offer a smooth gaming experience at both 1080p and 1440p. While we are certain that the GTX1080Ti will be able to close the gap thanks to its raw power, Jurassic World Evolution is currently optimized for AMD’s hardware. 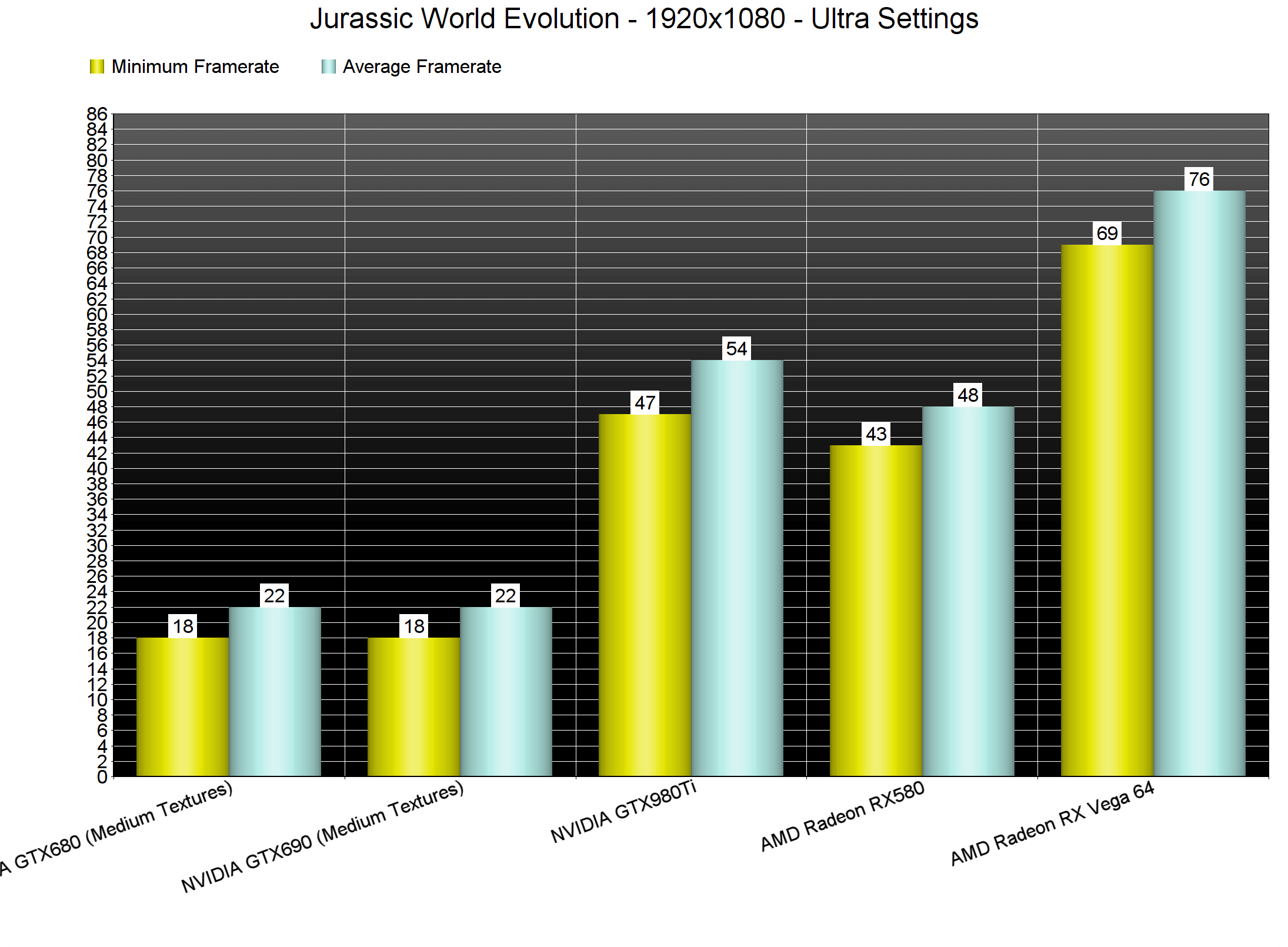 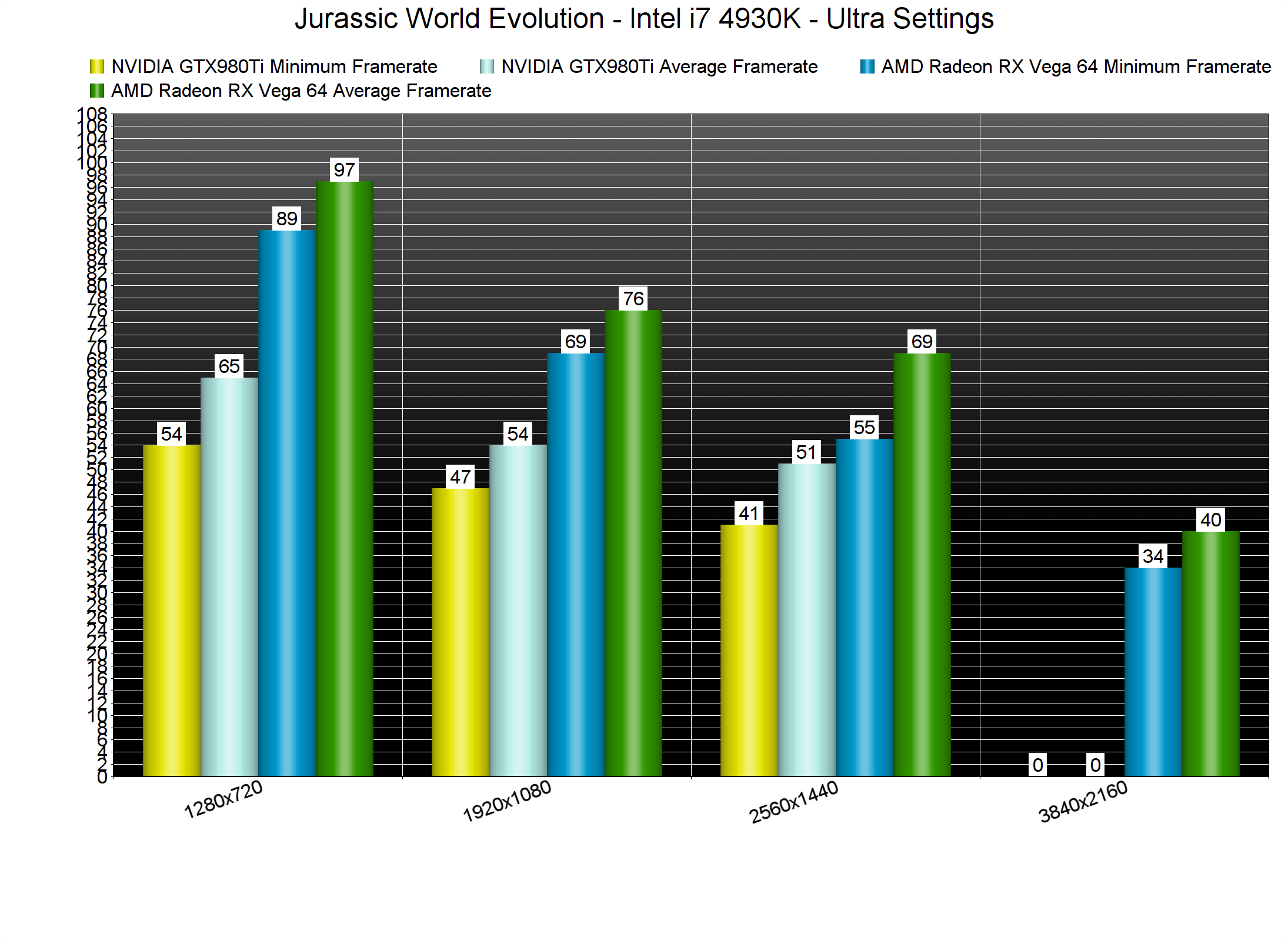 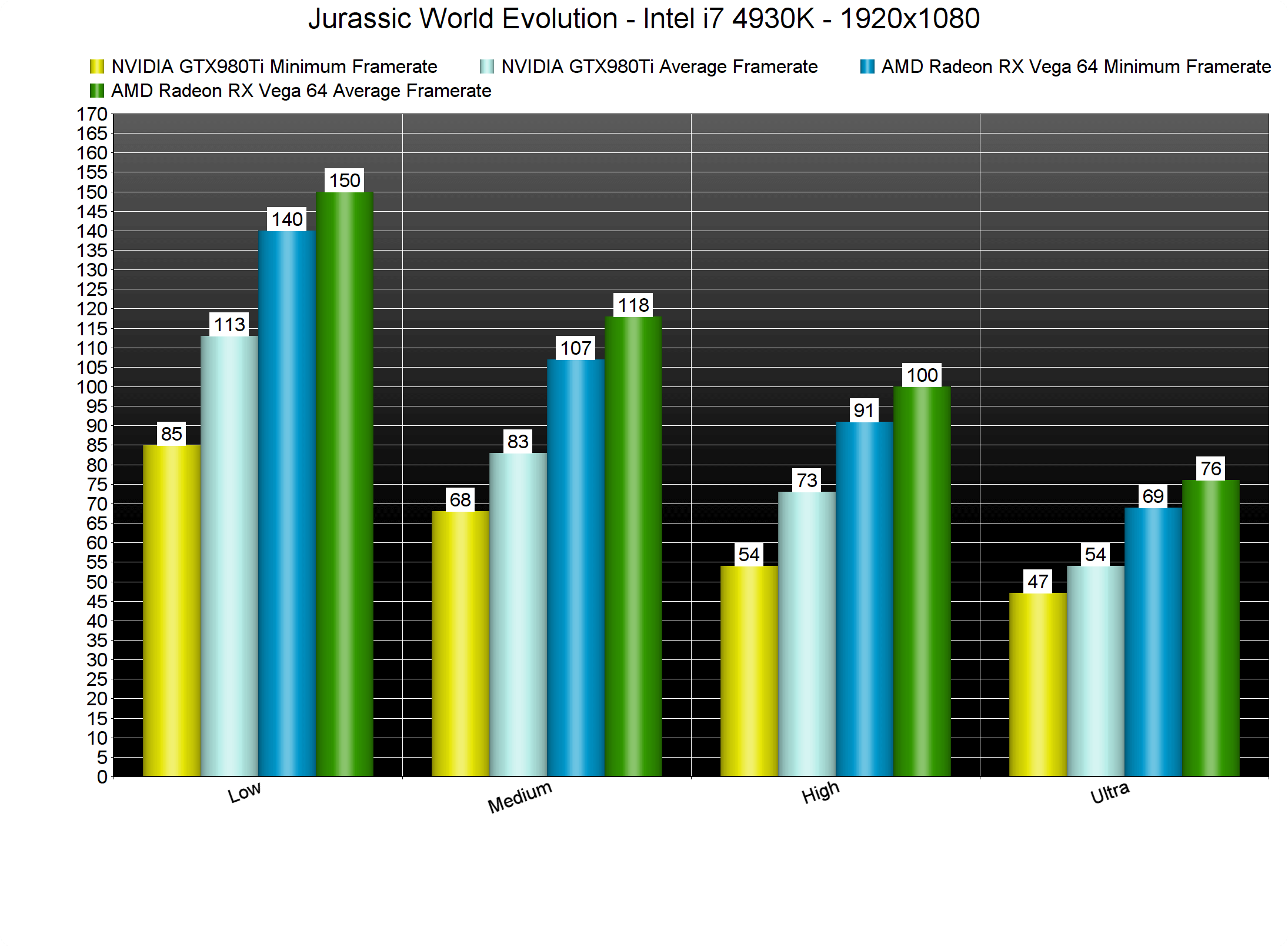 In order to find out how the game performs on a variety of CPUs, we simulated a dual-core and a quad-core CPU. For our CPU tests, we used areas that had lots of NPCs and structures on screen, as well as dinosaurs. And we are happy to report that even a dual-core CPU (without Hyper Threading) can run Jurassic World Evolution with silky smooth framerates, even though the game relies heavily on one CPU thread and there are very small performance differences between quad-cores and six-cores. 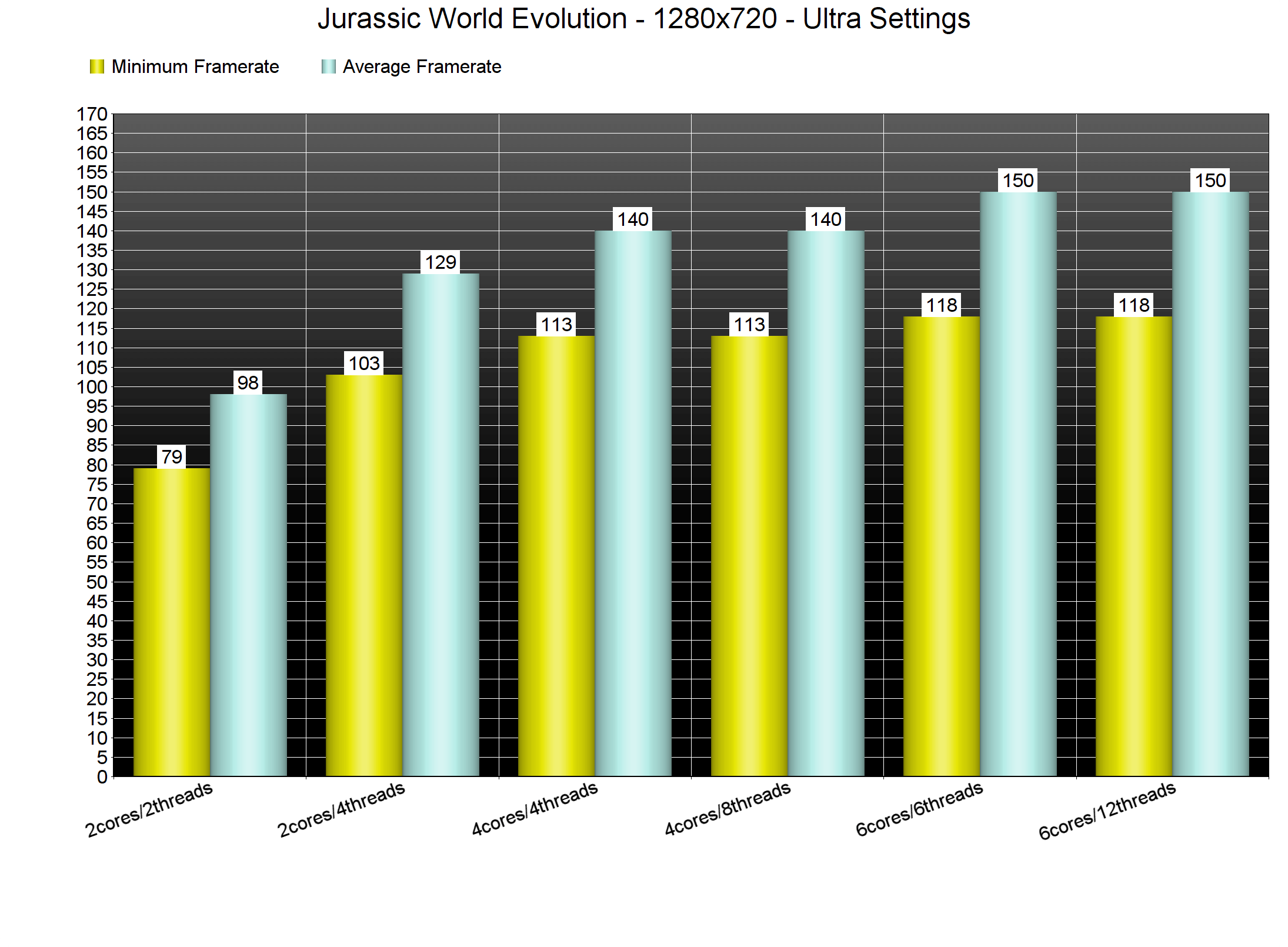 Graphics wise, Jurassic World Evolution is a great looking park builder. All dinosaurs are highly detailed and have a variety of animations, there are some incredible wind/rain effects, most textures are of high-quality, there are individual grass blades when you zoom in, and everything feels polished. We did notice some pop-in issues while zooming out/in, however – and for a park builder – Jurassic World Evolution looks great.

All in all, Jurassic World Evolution currently works best on AMD’s hardware. NVIDIA owners with anything less than a GTX1080/GTX1080Ti will encounter performance issues. NVIDIA will have to release a new driver for this game because the performance on its graphics cards is below expectations. On the other hand, the game works like a charm on AMD’s graphics cards. Moreover, the game also does not require a high-end CPU in order to be enjoyed. 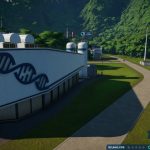 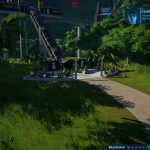 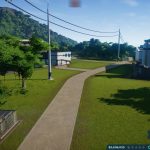 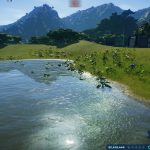 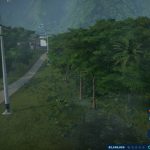 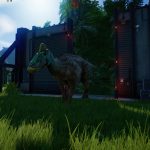 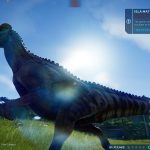 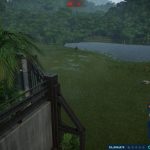 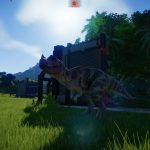 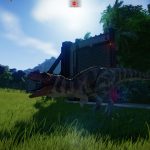 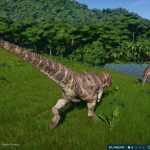 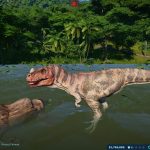 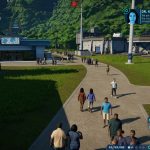