GRID: Autosport has just been released and it’s time to see how this new racer performs on the PC platform. Codemasters claimed that the PC is the lead platform for this title, and thankfully the PC version performs amazingly well even on relatively older PC systems. There is no doubt that there are some issues with this game, but overall Codies did a great job. Can it be considered a racer pushing the boundaries? Not exactly. Does it look gorgeous? Oh yes, ir certainly does.

For this Performance Analysis, we used an i7 4930K with 8GB RAM, Nvidia’s GTX690, Windows 8.1 64Bit and the latest version of the GeForce drivers. Nvidia has not provided yet an official SLI profile for this title.According to Nvidia’s Andrew, PC gamers can use GRID 2’s profile to force the game utilizing more than one GPU, however they may encounter screen or effect flickering with certain combinations of settings, and when using the ‘Smoke Shadows’ setting during night races. As Andrew noted, Codemasters needs to release a patch that will address those issues and once this patch has rolled out, Nvidia will release a proper SLI profile for GRID: Autosport.

We can confirm that GRID 2’s SLI profile scales well with GRID: Autosport. GRID: Autosport pushed our GTX690 to its limits (1080p + Max Settings + 8xAA) and we did not notice any major flickering side effects. PC gamers will have to use a third party tool like the Nvidia Inspector Tool, browse the available game profiles, remove the executable files from GRID: Autosport’s profile and add them to GRID 2’s profile.

GRID: Autosport is powered by the next version of the EGO Engine and as a result of that, GRID: Autosport scales well on multiple CPU cores. And while there is a slight difference between hexacore, pentacore and quadcore CPUs, we do have to note that it’s not up to what we hoped to. Still, it’s pretty obvious that GRID: Autosport is able to take advantage of more than three CPU cores, something that will delight a lot of PC gamers. And while the game scales well on pentacore CPUs, PC gamers will not need a high-end CPU in order to enjoy this latest GRID title. A dualcore CPU is more than enough. despite some drops to 50fps. Owners of dualcore CPUs like i3 will need to enable Hyper Threading as they will see a 13fps boost by simply doing that.

GRID: Autosport can be considered a GPU-bound title. As we’ve found out, a single GTX680 is unable to provide a constant 60fps experience at 1080p with Max settings and 8xAA (or higher). During the first Benchmark test we noticed some minor drops to 50fps. During the second Benchmark test, however, our framerate dropped to mid-30s when there was heavy smoke on screen. Naturally, by decreasing the quality of AA or Smoke we were able to improve things but still; GRID: Autosport is a title requiring a high-end GPU to shine at max settings. Our GTX690 (with GRID 2’s profile) on the other hand was able to provide a constant 60fps experience with an average framerate of 100fps (do note that Shadowplay had a noticeable performance impact in this game while recording). 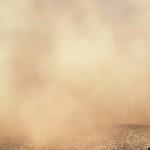 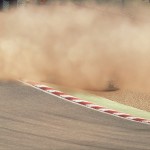 Graphics wise, GRID: Autosport is a great looking game. Codemasters has reduced that awful yellow filter, resulting in a more pleasant overall image. Cars are highly detailed and the reflections (at max settings) are a joy to behold. Environmental effects are cool but similar to those found in other games, and the lighting system seems cool and ‘warm’ but not what we’d consider ‘next-gen’. Obviously, GRID: Autosport was never meant to be a showcase of what PCs are capable of as it’s a game that was also released only on old-gen consoles. As promised, Codemasters has included a High-Resolution Texture Pack for the PC version of the game that is completely free to everyone. Thanks to the higher resolution textures and the destruction you can cause to all other cars, GRID: Autosport manages to please the eyes of PC gamers. 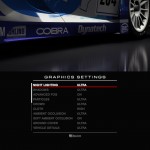 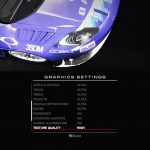 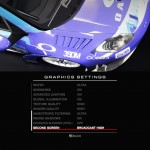 All in all, GRID: Autosport performs amazingly well on the PC. Codemasters’ claims of offering a great PC version are not exagerrated (provided you keep in mind that this is a game that always targetted old-gen systems). Oh, and despite the fact that our Logitech MOMO Racing wheel worked fine with this latest racing title, Codemasters has included keyboard on-screen indicators for all those wishing to play with a keyboard. It’s absurd to play a racing game – at least these days – with a keyboard, so kudos to Codies for offering such a thing. 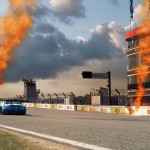 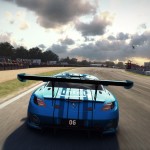 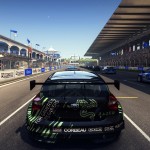 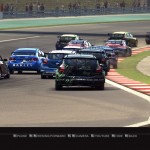 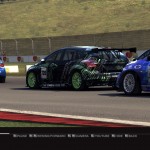 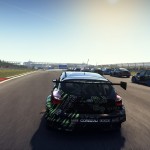 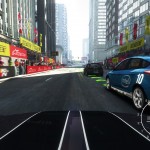 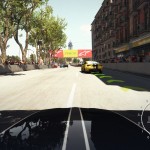