Godfall is the first next-gen only game that has just been released on the PC. Powered by Unreal Engine 4, it’s time to benchmark it and see how it performs on the PC platform. 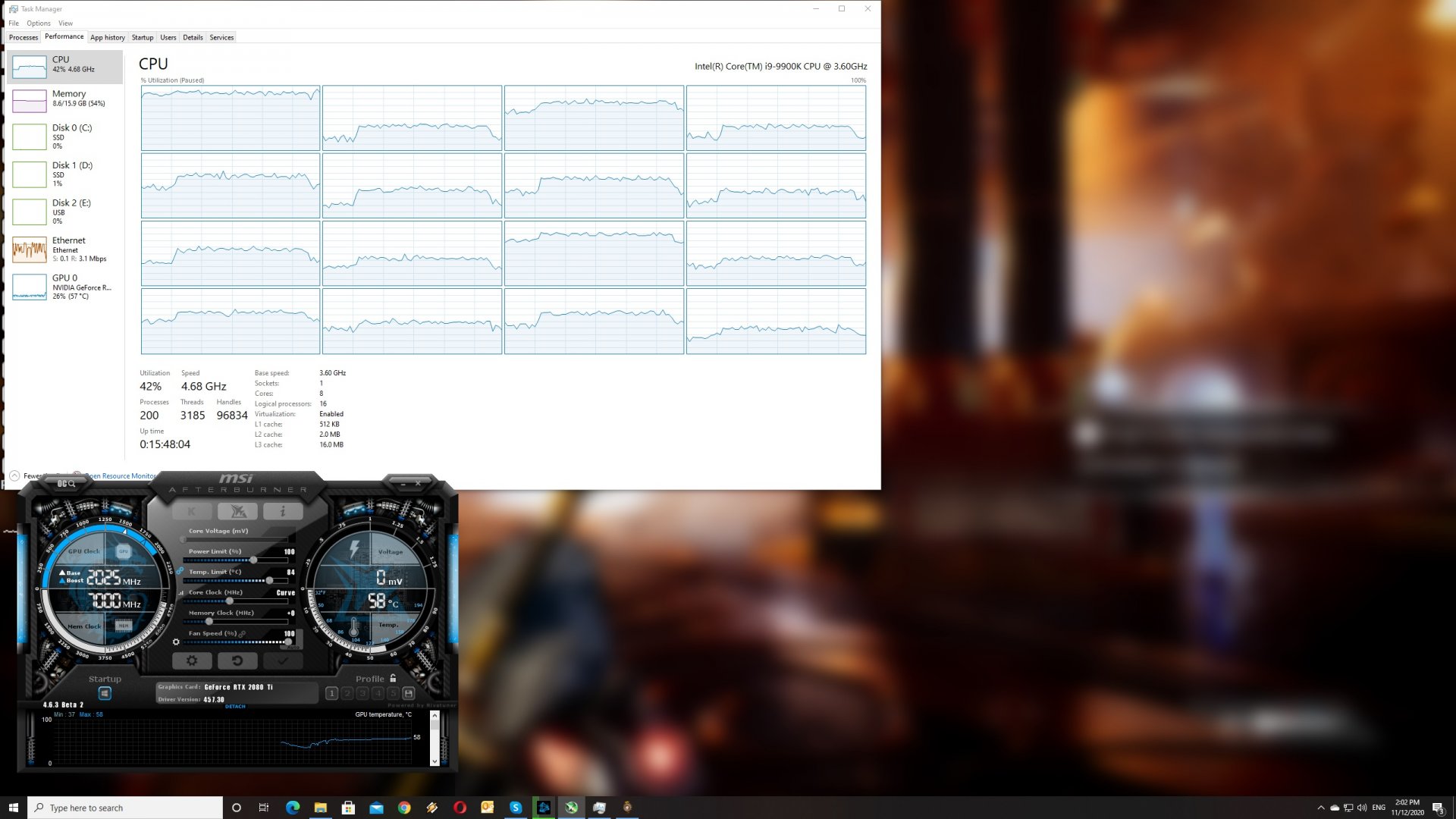 Counterplay Games has implemented a respectable amount of graphics settings to tweak. PC gamers can adjust the quality of View Distance, Shadows, Textures, Anti-aliasing, Post-process, and Foliage. There are also options for Motion Blur, Lens Flares, and Bloom. Additionally, the game supports AMD’s FidelityFX LPM tech. Counterplay Games has also stated that it will add support for ray-traced shadows via a future patch. 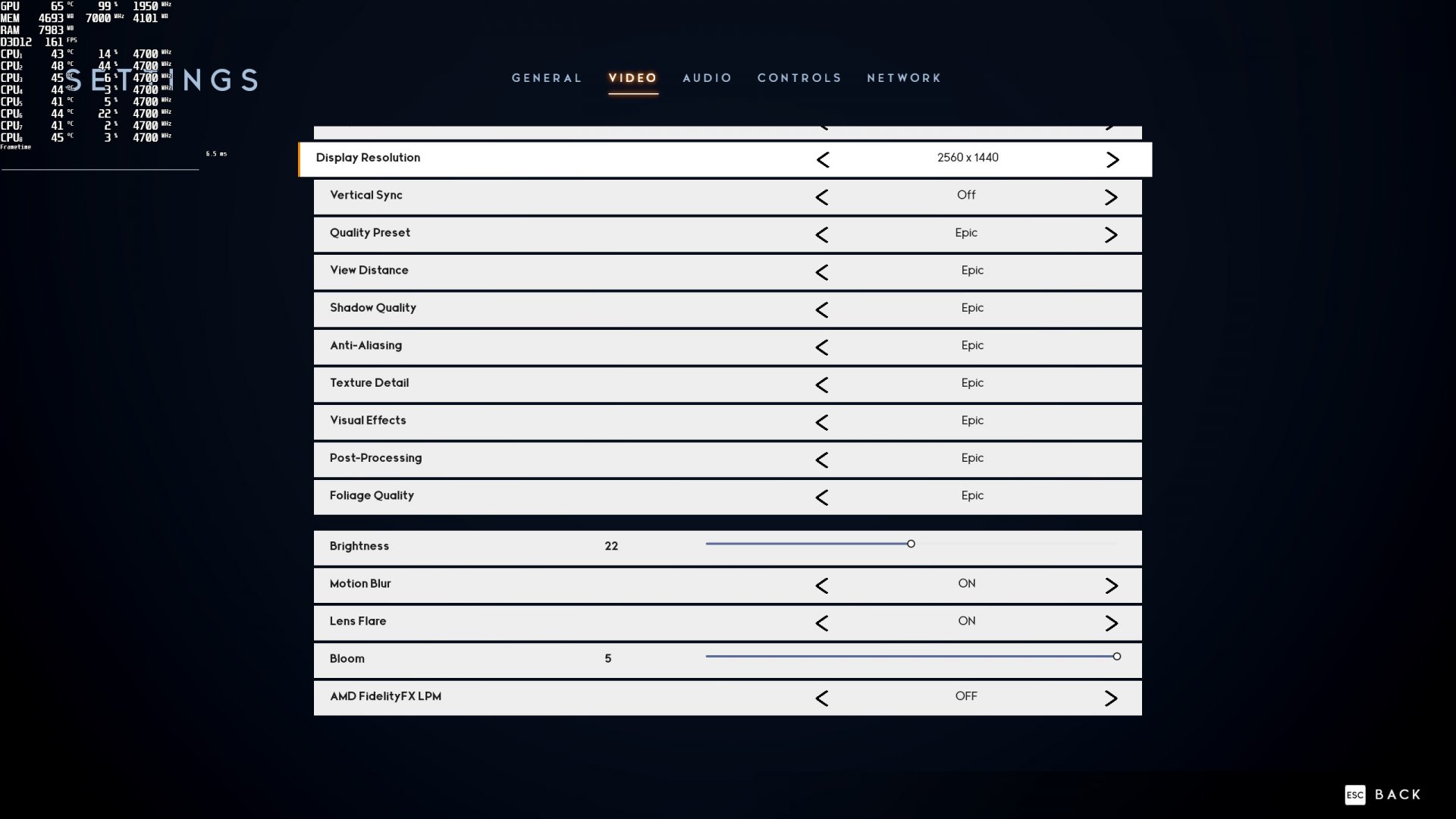 At launch, the game does not feature any built-in benchmark tool. As such, we’ve decided to benchmark the entire second mission (which appears to be more demanding than the first mission). We’ve also lowered our resolution to 1280×720 for our CPU benchmarks.

In order to find out how the game scales on multiple CPU threads, we simulated a dual-core, a quad-core and a hexa-core CPU. And, we are happy to report, that Godfall can run smoothly even on a modern-day dual-core system. Even without Hyper Threading, we were getting more than 60fps on Epic settings. We did notice some framepacing issues that were resolved the moment we enabled Hyper Threading. 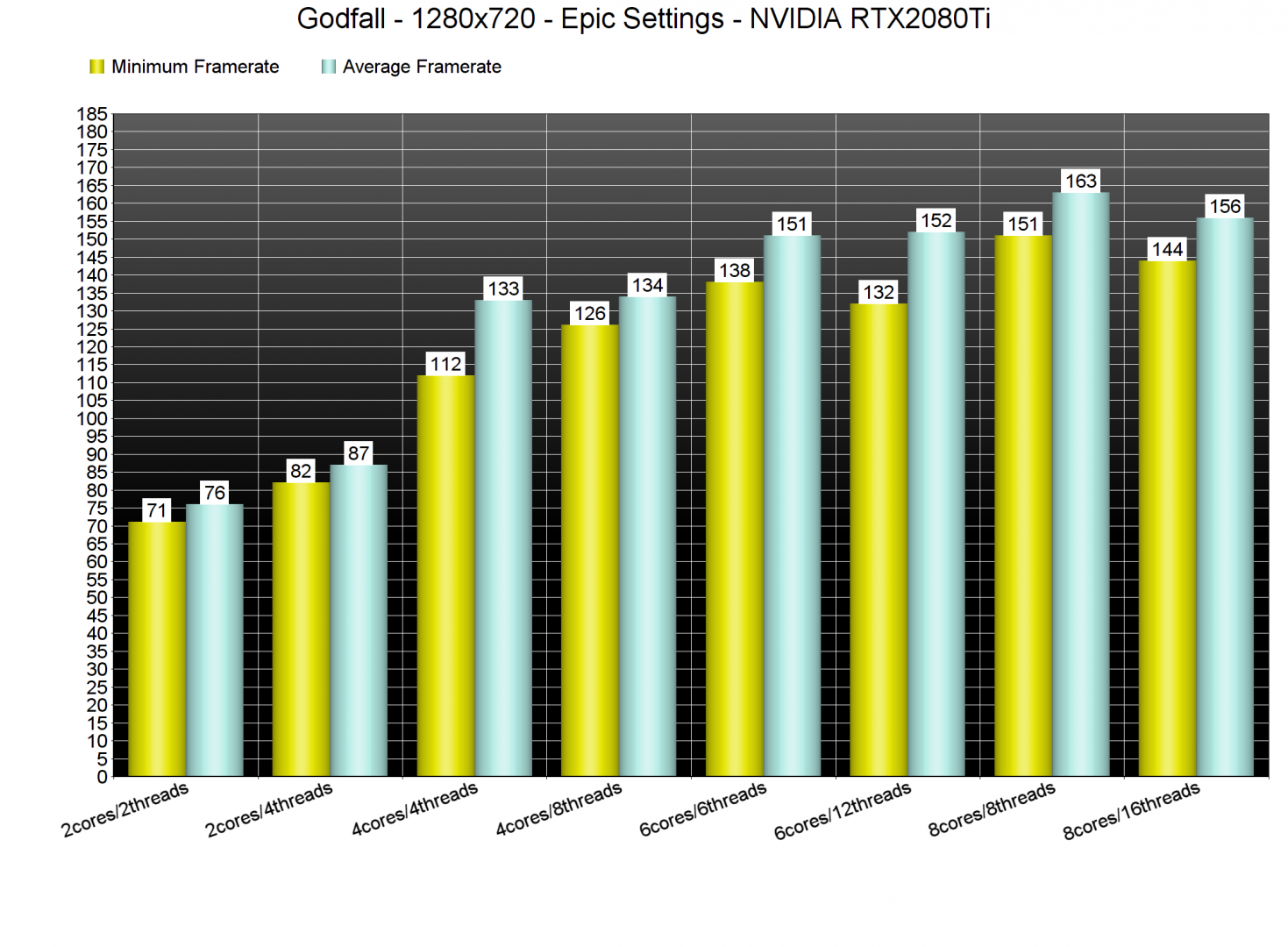 Godfall can also run smoothly on older generation CPUs. While there is a huge performance difference, our Intel i7 4930K was able to provide a constant 60fps experience at both 1080p and 1440p. 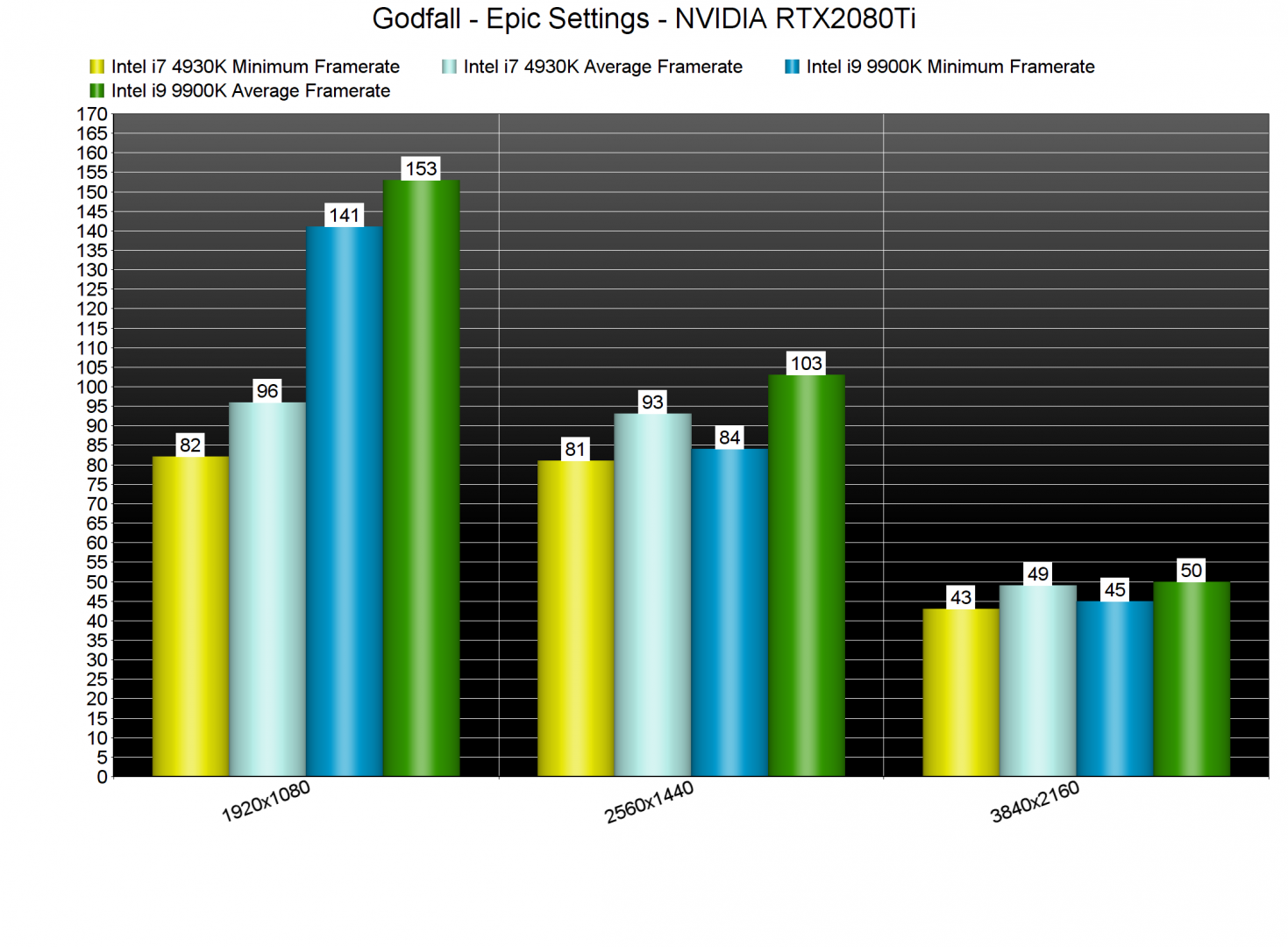 Like most recent PC games, Godfall is mostly a GPU-bound title. At 1080p/Epic settings, you’ll need at least an NVIDIA GTX980Ti or an AMD Radeon RX Vega 64. Since this game is using Unreal Engine 4, it also favors NVIDIA over AMD GPUs. 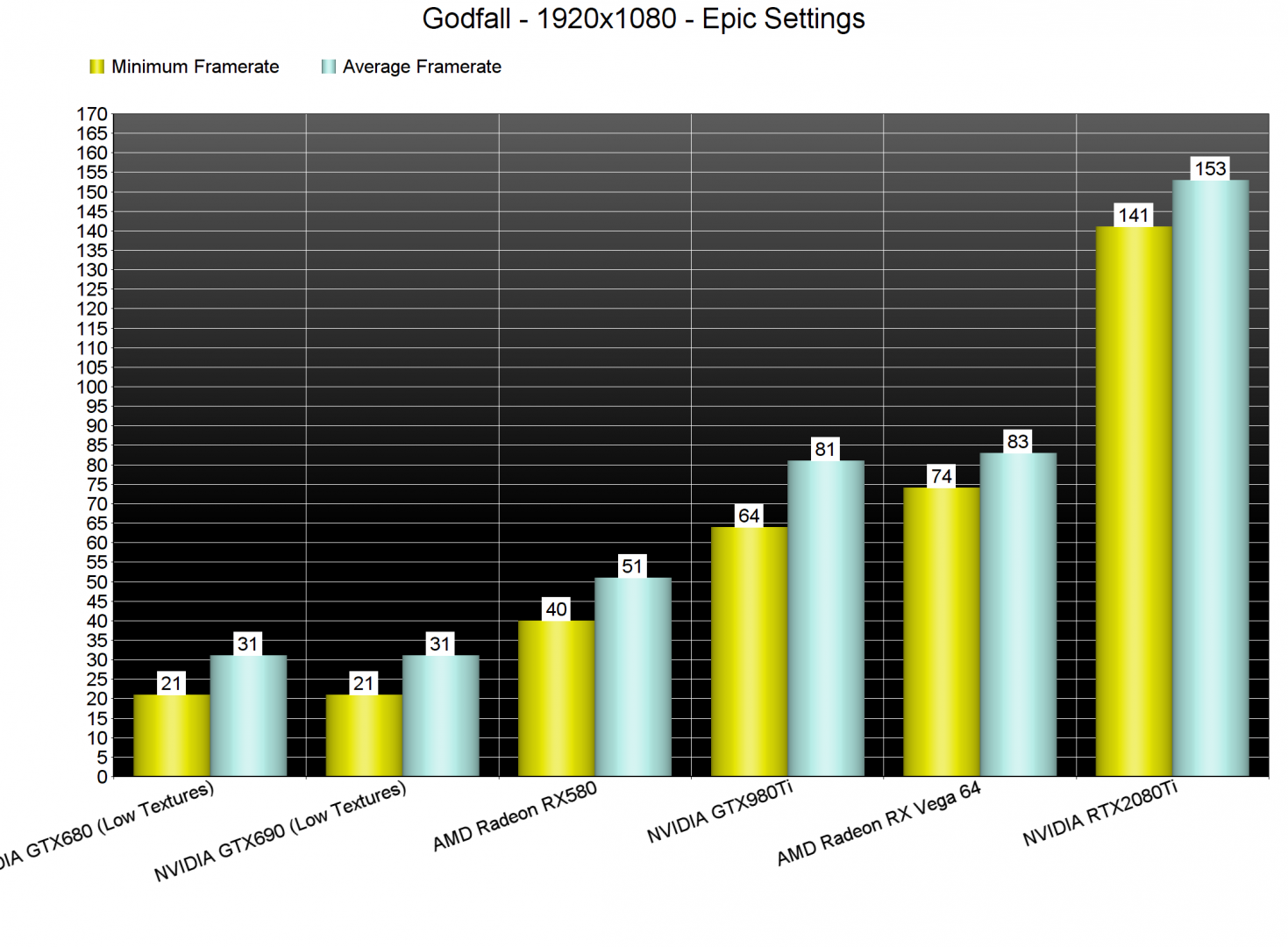 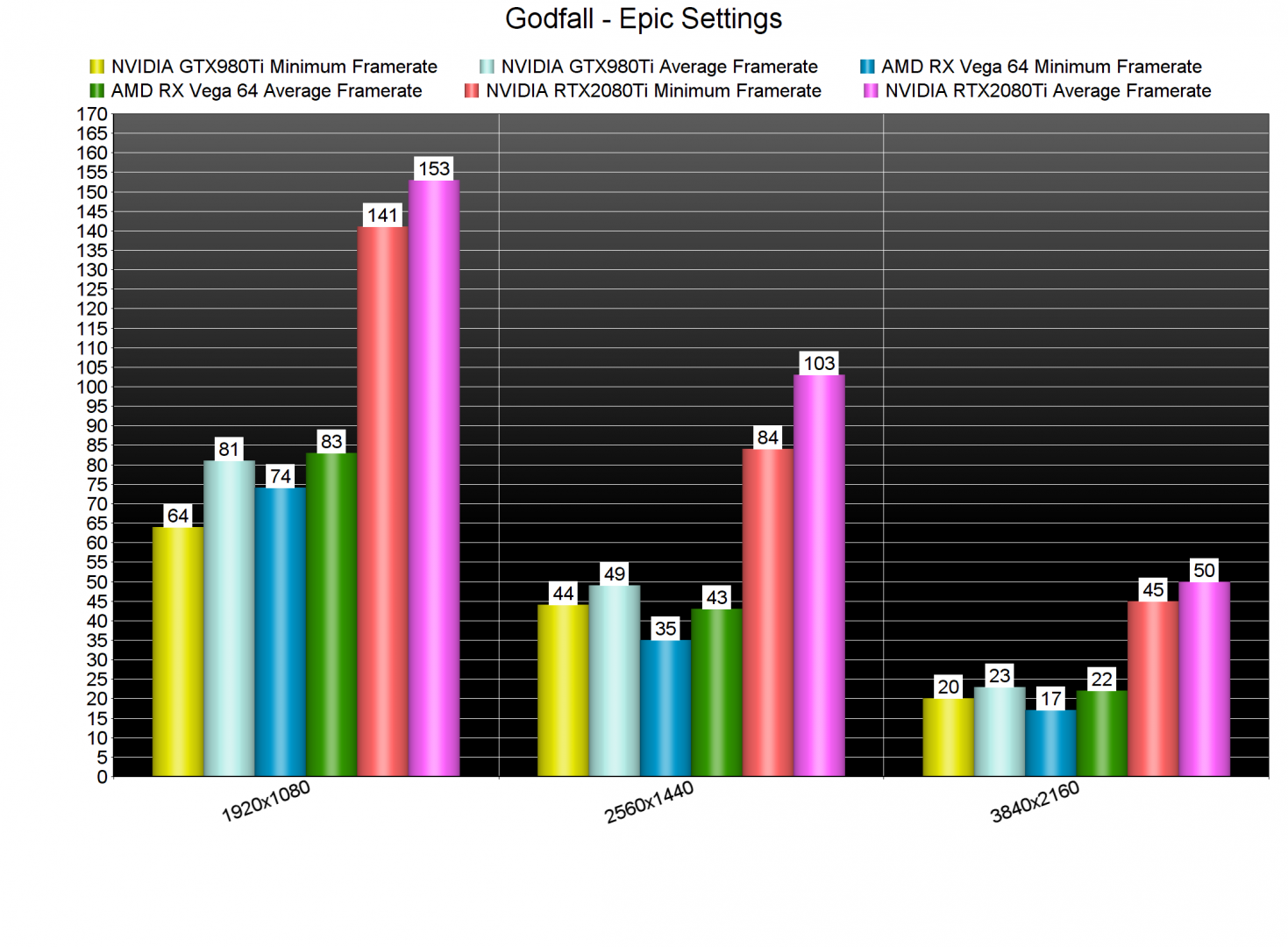 Graphics-wise, Godfall looks gorgeous. While this game does not take advantage of Ray Tracing, it can push amazing visuals. There are a lot of reflective surfaces, a lot of particles effects, and some truly amazing lighting effects. Furthermore, Counterplay Games has used a lot of high-resolution textures, making everything look crisp and sharp. Speaking of textures, the game did not require more than 8GB of VRAM at 4K/Epic settings. So yeah, despite Counterplay’s claims, Godfall can run smoothly on GPUs that have 10GB of VRAM.

In conclusion, Godfall can run smoothly on a wide range of PC configurations. Not only that, but Godfall is a really beautiful game. Our only gripe with this game is some annoying stutters that occur randomly. We don’t know the cause behind those stutters, however, that’s something that Counterplay Games will have to fix. Other than that, Godfall runs incredibly well on the PC.