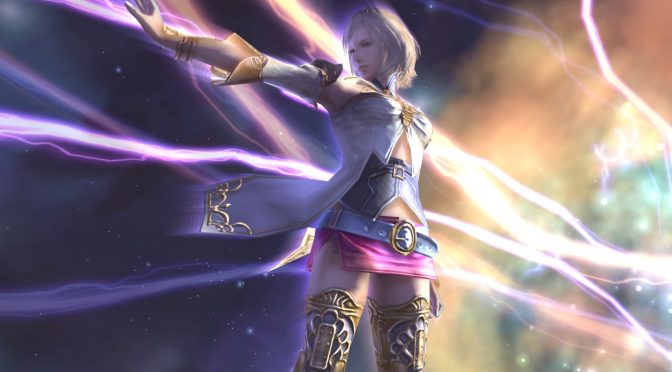 Final Fantasy XII was originally released for  Playstation 2 in 2006 and in 2017, the game received a remastered version on PS4. Fast forward a few months and here we are today with a PC release of Final Fantasy XII The Zodiac Age. So, it’s time now to see how this title performs on the PC platform.

Square Enix has added a respectable amount of graphics settings. PC gamers can choose their resolution and screen mode, enable or disable VSync, choose between Double Buffering and Triple Buffering, as well as between 30fps and 60fps. There are also options to adjust the quality of Anisotropic Filtering, Water Shaders, Shadows, Self-Shadows, Anti-Aliasing, Post-AA and Ambient Occlusion. Last but not least, players can enable or disable Depth of Field, Glare and Soft Particles.

Final Fantasy XII The Zodiac Age does not require a high-end CPU in order to be enjoyed with 60fps. In order to find out how this game performed on older CPUs, we simulated a dual-core CPU. And we are happy to report that the game ran smoothly even on our simulated dual-core system. Our sixcore and simulated quad-core systems had also no trouble at all running the game. 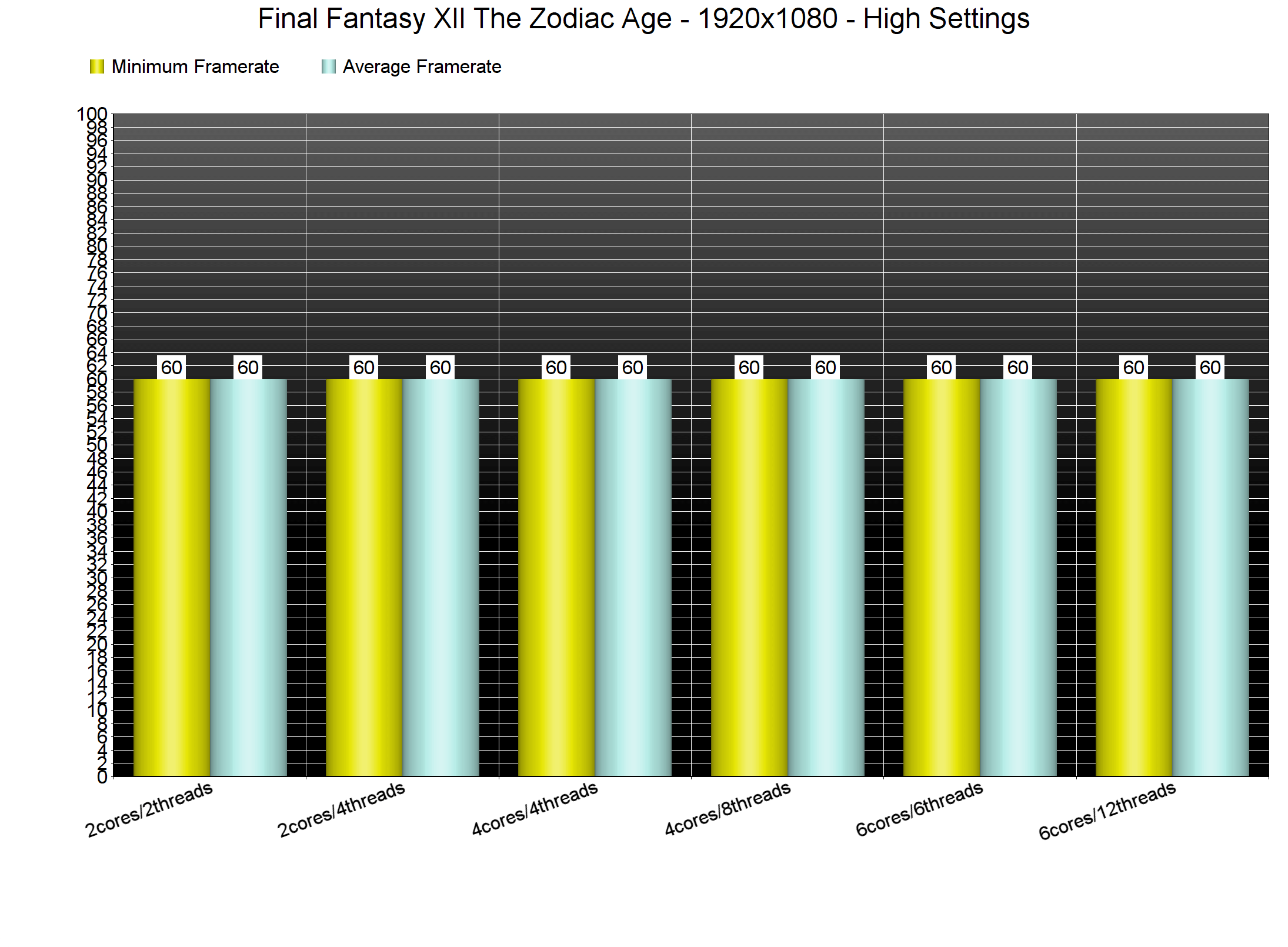 As such, Final Fantasy XII The Zodiac Age can be easily described as a GPU-bound title. And to be honest, we were really surprised by its GPU requirements. The game supports three presets: Low, Medium and High. On High settings (which enables MSAA8X) the game ran with constant 60fps on both our AMD Radeon RX580 and our GTX980Ti. However, the game performed poorly on our GTX690. Truth be told, this is an old GPU (especially when running in single-GPU mode), however, it was unable to offer a 60fps experience on High settings even when we completely disabled MSAA and reduced the quality of Ambient Occlusion. Without MSAA, the game ran with a minimum of 34fps and an average of 42fps on our GTX690. When we reduced Ambient Occlusion, we saw a 14fps boost but we were still unable to hit a constant 60fps experience. With the High preset, our minimum framerate dropped to 28fps and our average dropped to 38fps. 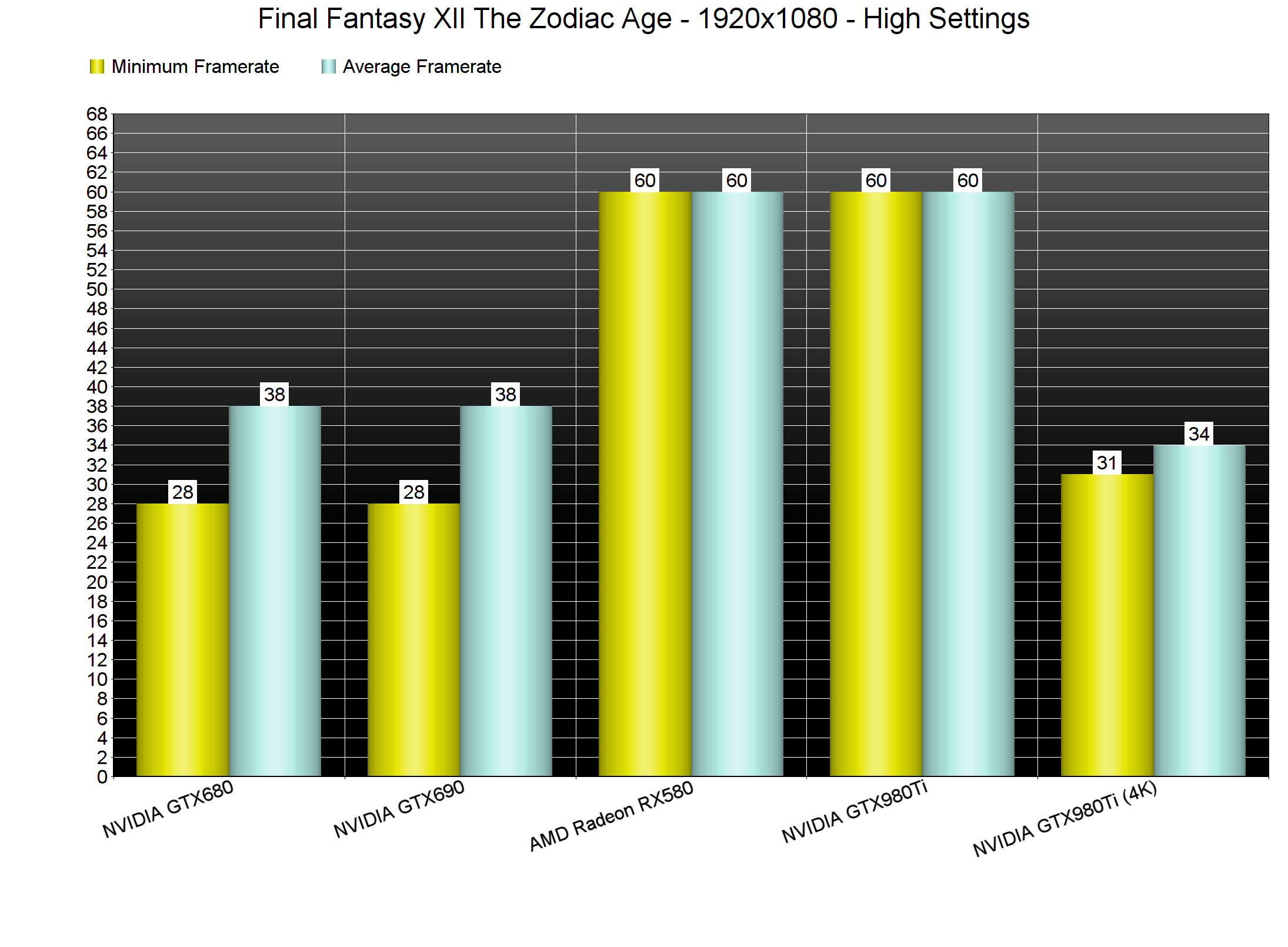 For comparison purposes, Lightning Returns: Final Fantasy XIII (a game that was originally released on PS3) runs with constant 60fps even on our GTX690 (in single-GPU mode). And from what we’ve seen, this remastered version of Final Fantasy XII does not look better than it. The lighting system has not been overhauled, the character models have only been slightly improved (but cannot come close to those of Lighting Returns) and while Square Enix has updated a lot of the game’s textures, some of them are as low as they can possibly get. Seriously, just look at the following image. Yikes. 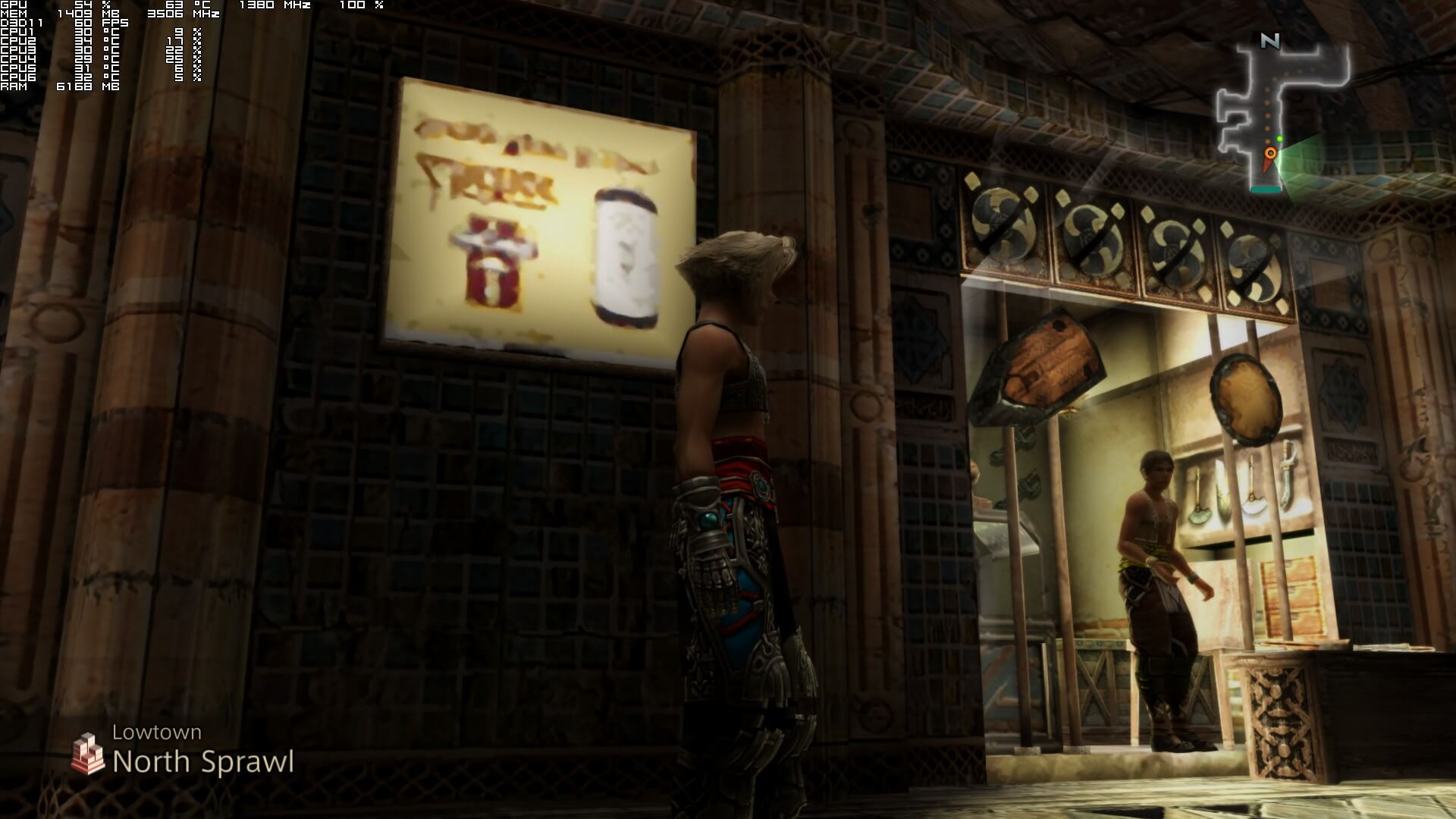 But what about 4K? Can our GTX980Ti offer a smooth experience? On High settings and with MSAA8X we got a minimum of 31fps and an average of 34fps. When we completely removed MSAA, we got a minor boost, which really puzzled us (normally this should not be happening as MSAA is a really demanding AA technique). Without any MSAA, the game ran in 4K with a minimum of 43fps and an average of 47fps. In order to hit a constant 60fps experience, we had to completely disable MSAA and reduce Ambient Occlusion to Half-Resolution. With these custom settings, we were locked at 60fps in 4K.

Surprisingly enough, and although the game requires more powerful GPUs than Lightning Returns: Final Fantasy XIII while not looking as good as it, Final Fantasy XII The Zodiac Age plays way, way better than it. Square Enix has FINALLY added mouse support to a Final Fantasy game. Players can use their mouse in order to control the camera and there are sensitivity options for both the X and Y axis. Not only that, but there is an option to disable the auto-rotation of the camera. The game also displays proper on-screen keyboard indicators, and we did not experience any stutters (like those in Lightning Returns: Final Fantasy XIII). However, we did notice some annoying mouse deadzone issues (your camera will not be moving at all if you are very slowly moving your mouse). 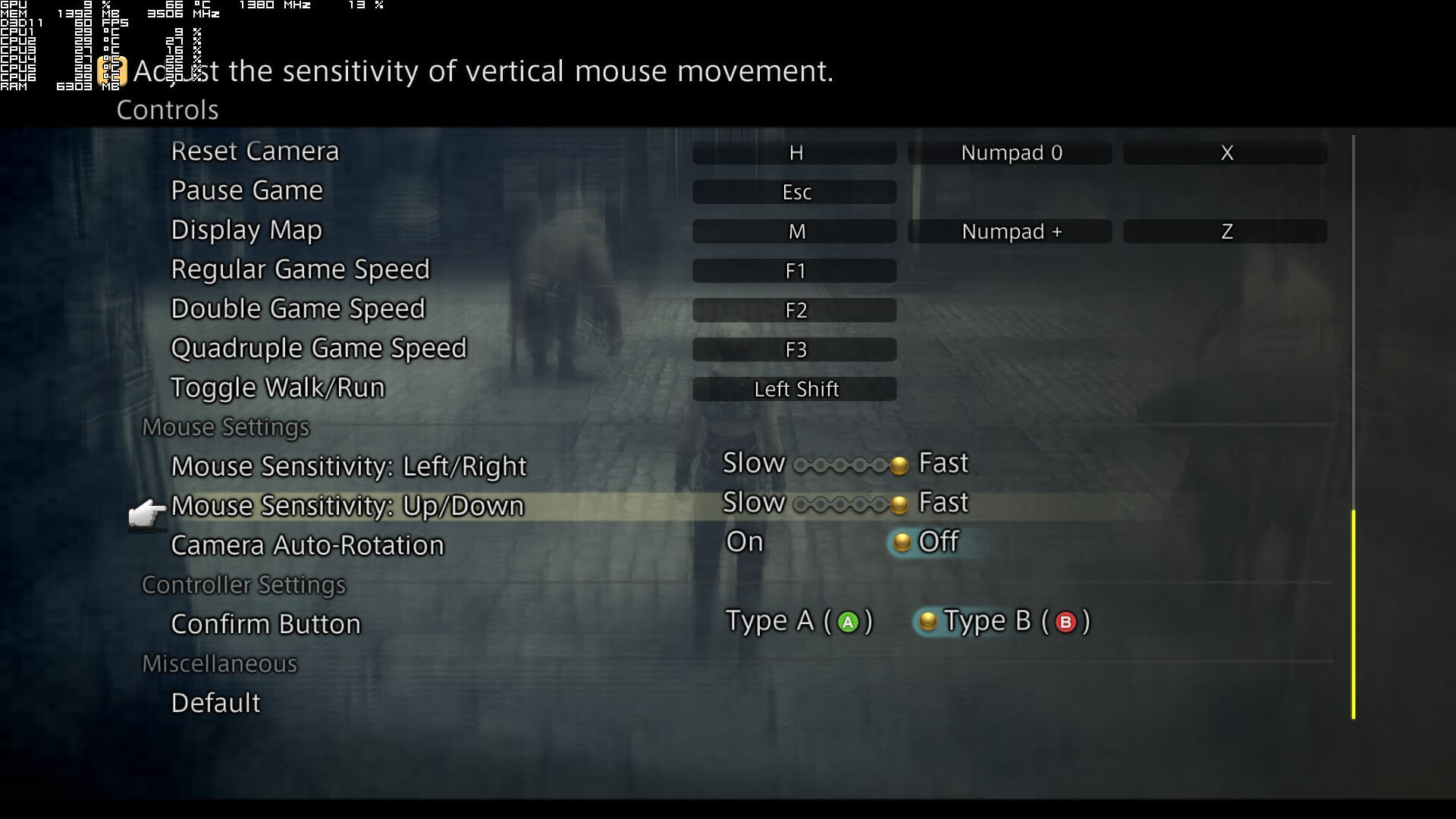 In conclusion, we believe that Final Fantasy XII The Zodiac Age’s visuals do not really justify its GPU requirements. We are also puzzled by the abnormally low framerate boost we’re getting when we completely disable MSAA. Ambient Occlusion also appears to be a big resource hog so we strongly suggest lowering it at Half-Resolution if you are having any performance issues. And despite these issues, it plays great on the PC with mouse+keyboard. The game does not also require a high-end CPU, and we did not experience any stutters or crashes. To put it simply; despite its unjustified GPU requirements,  Final Fantasy XII The Zodiac Age plays and feels better than any other Final Fantasy game on the PC. 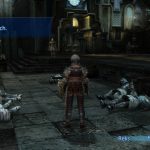 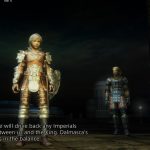 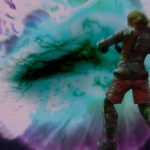 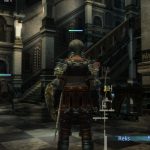 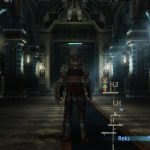 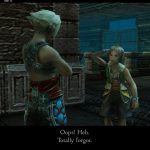 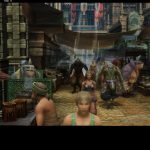 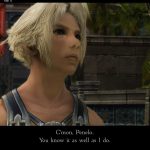 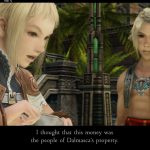 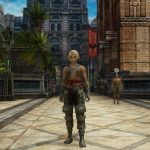 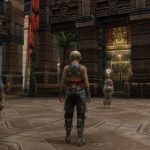 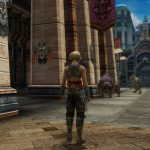 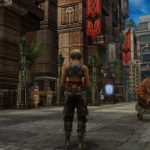 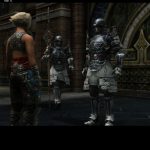 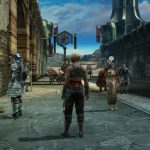 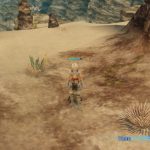 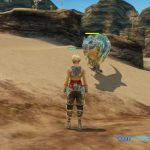 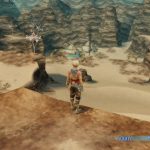 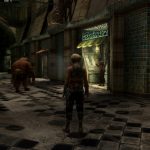 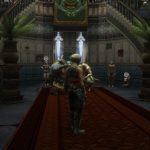