Codemasters has just released the latest version of their F1 game. One of our biggest complains about F1’s previous version was the fact that it wasn’t optimized at all on the PC. Contrary to Grid or Colin McRae series, F1 2010 didn’t perform as we’d expect and was CPU bound. We were expecting Codies to optimize the Ego engine, but it seems that everything is exactly the same as with last year’s offering; same performance issues and the game remains CPU heavy.

As always, we used an overclocked Q9650 (@3.9Ghz) with 4GB DDR2, a GTX 295 and Windows 7 64bit. Nvidia has already included an SLI profile to its ForceWare drivers so you basically won’t have to mess with Nvidia’s Inspector tool. Contrary to other games though, F1 2011 is heavy on the CPU, and you will need a really high-end one to enjoy this game at its fullest. The funny thing is that although the game is CPU bound, it doesn’t take full advantage of quadcores. 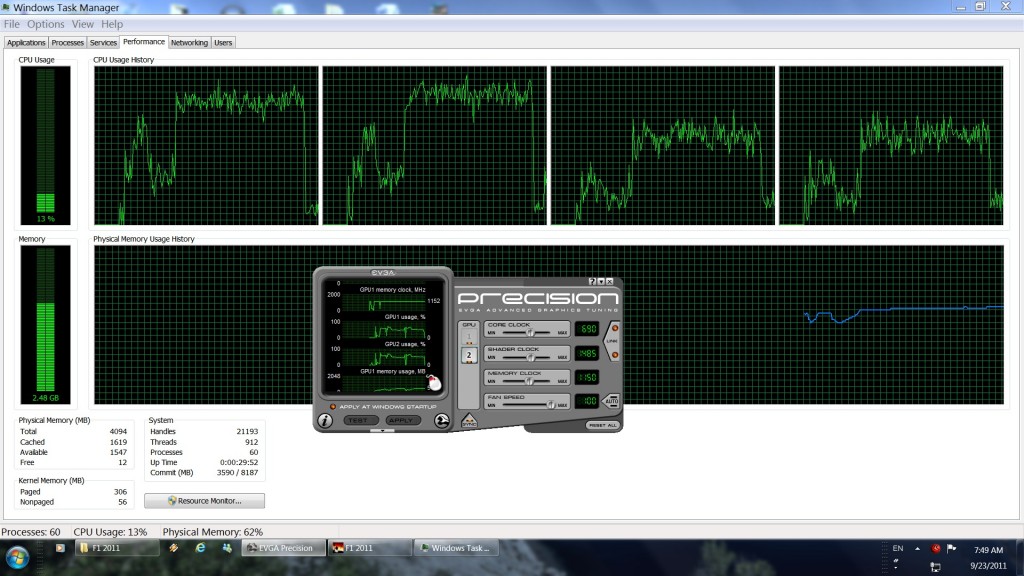 F1 2011 has a built-in benchmark so it was quite easy to see how the game performs. With everything maxed out at 1080p, we were averaging around 42fps. Now this is shocking as our system could easily push at least 60fps for these visuals. Our GPU usage was at 55-60%. To avoid any SLI issues, we forced the game to run in Single GPU mode and the game didn’t tax the GPU – as our first core was used at 86%. This basically means that owners of a GTX275 with an I7 CPU will be able to enjoy it to its fullest.

We tried to find the culprit and experimented with the settings. To our surprise, the biggest one was the reflections as when we disabled those nasty reflections, we gained 17fps. Naturally, we’d expect such a feature to affect our GPU usage, but here is the catch; the reflections are CPU bound. There is no excuse for such behavior, and it’s really ironic to need a better CPU for a graphical setting. We can only assume that this was a console optimization, and the game was simply ported to the PC and was not optimized at all. Pretty much what happened with F1’s previous version.

So a Qxxxx will offer you similar performance to ours – provided you have overclocked it to 3.9Ghz. We tried to simulate a dualcore CPU, and the difference was only 6fps. Given the fact that F1 2011 is CPU bound, we’d expect a higher performance hit. This small difference also proves that F1 2011 is unable to take full advantage of quadcores. Those with overclocked Core2Duo’s will obviously experience better performance than consoles – as they will be above the 30fps mark – but this is inexcusable as Codies didn’t tweak the engine. So if you want to hit the sweet 60fps mark, you will need a really powerful CPU, and especially an Intel I7. In case you can’t afford one and want to maintain 60fps, disable reflections to gain a nice performance boost. 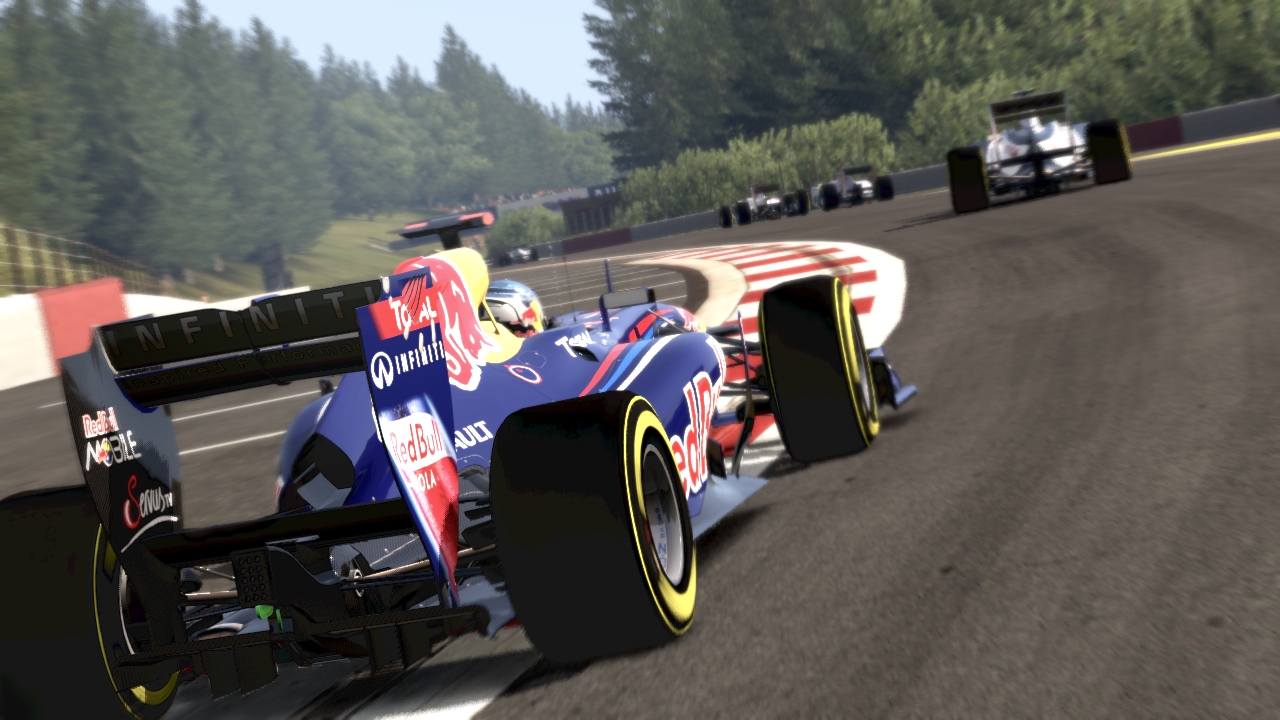 Graphics wise, the game is similar to F1 2010. In fact, if you put them side by side you will struggle to find major differences. The yellow-ish filter of last year’s version is toned down this time around, so kudos to Codemasters for doing that. Cars are highly detailed, and the damage is as good as ever. Stages feature
some nice little touches – with the 3D crowd giving their best – and the weather effects are spectacular.

All in all, F1 2011 performs exactly the same as last year’s version. Codemasters didn’t optimize it at all. We are seriously wondering what their programmers were doing this whole time. It’s really fishy that the reflections are affecting the CPUs and basically confirms that this is a simple port from the consoles and nothing more. As with F1 2010, dualcore owners will definitely experience performance issues. F1 2011 is what we call a pure console port that is heavy on the CPU and light on the GPU. A GTX275 is sufficient to max it out, provided you have a top-of-the-line CPU. So yeah, it’s one of ‘those games’.

Shame on you Codemasters! 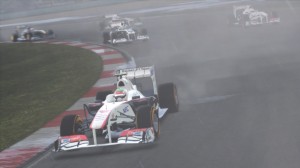 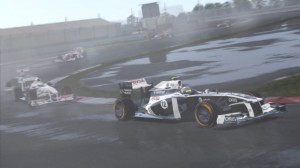 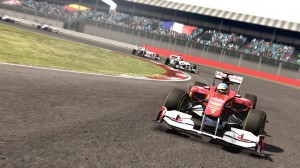 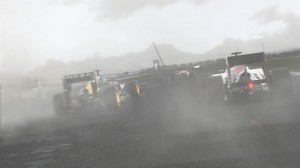 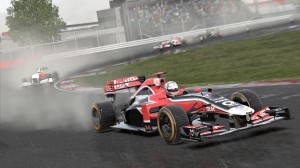