How can someone start an article about F.E.A.R. 3 and not mention its origins? Few years ago when I was younger, had more hair and was full of ideas and dreams, a new FPS caught my eye. It was F.E.A.R, an FPS that was developed by the talented Monolith team – the same studio that was behind some incredible games like Shogo, No One Lives Forever, Blood and Tron 2.0. F.E.A.R. was meant to be one of the best horror-themed first-person shooters and featured amazing AI, great fire-fights, engrossing story and mind-blowing graphics. It also featured the first slow-mo effect we’ve ever seen in an FPS. It was refreshing, original and scary. It was one of the best games of 2005.

Fast forward some years and here we are today with the third p of the series. F.E.A.R. 3 is the final chapter and ties up some loose ends that were introduced in the previous parts and expansions. So let’s see how does it run with a modern-day PC. As always, we used an overclocked Q9650 (4.2Ghz) with 4GB DDR2, a GTX295, Windows 7 64Bit and the latest version of ForceWare.

At first, F.E.A.R. 3 was not performing as well as we’d expect. There were major framerate drops
here and there, and we were wondering why the game was behaving this way. We thought that we were CPU limited, but after taking a closer look to the CPU usage, we’ve found out that the game doesn’t require a fast CPU. So what was the cause of this abnormal performance? Apparently, the game’s SLI profile is not good. When we tried to run the game in Single-GPU mode, we’ve witnessed better performance without frame drops and GPU usage. We’ve decided to contact Nvidia to find out whether there was any issue with the game’s profile and the company confirmed that the profile is bugged. A new, proper, profile will be included in the next WHQL version of ForceWare, so those of you with SLI systems should definitely run the game in Single-GPU mode. 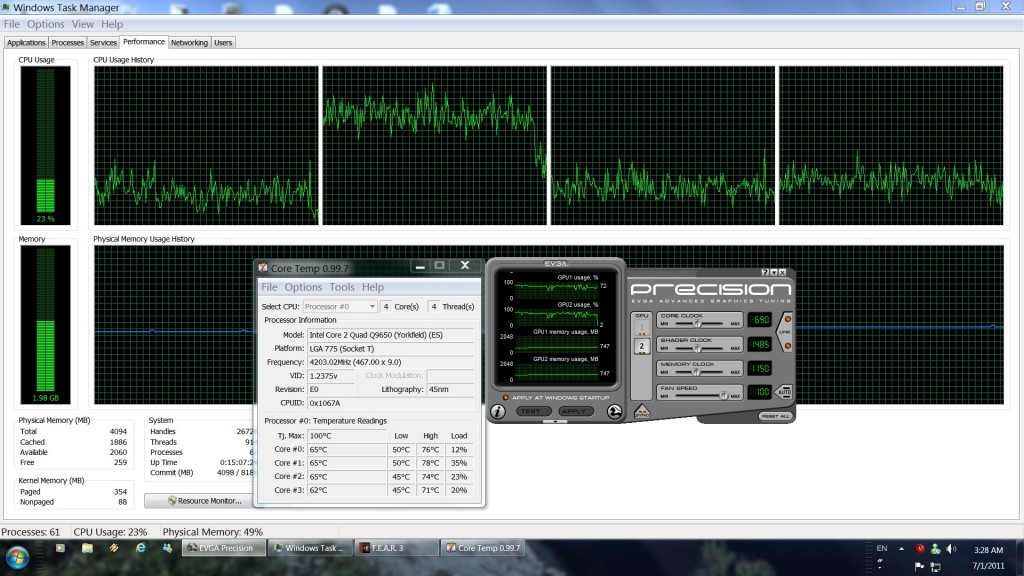 A single GTX275 is sufficient for F.E.A.R. 3 as we didn’t encounter any slowdown at all with maxed out settings at 1080p. However, we should note that we didn’t enable any kind of AA. Those of you who want to get constant 60fps with high levels of AA will definitely need a more powerful card. F.E.A.R. 3 is based on a heavily modified version of the Despair Engine, and its CPU requirements are pretty low. As you can see above, our CPU wasn’t stressed at all. We didn’t notice any slowdown even when we tried to simulate a dualcore system. F.E.A.R. 3 will run on a wide range of PC configurations, which is good news for all those that are stuck with old CPUs.

Graphically, the game is a disgrace, and you can easily tell that it was primarily developed
for consoles. There are a lot of low resolution textures and when we say a lot we mean… a lot. There is no ambient occlusion and the environments seem bland and washed out and there are pre-baked shadows all over the place. A lot of light sources don’t cast shadows and there are a lot of blurry post-process effects. Interactivity and destructibility are limited once again, and some outdoor environments look as bad as those of some low-budget games. They are THAT bad. There was also a 30fps movement bug that was transferred from the console versions. It was, however, fixed via a patch. Moreover, some glowing light sources are awful. But who cares about the lighting system… just take a look at the following screenshot. Are those supposed to be steps? Really Day 1 Studios? Was that the best you could do? Yikes! 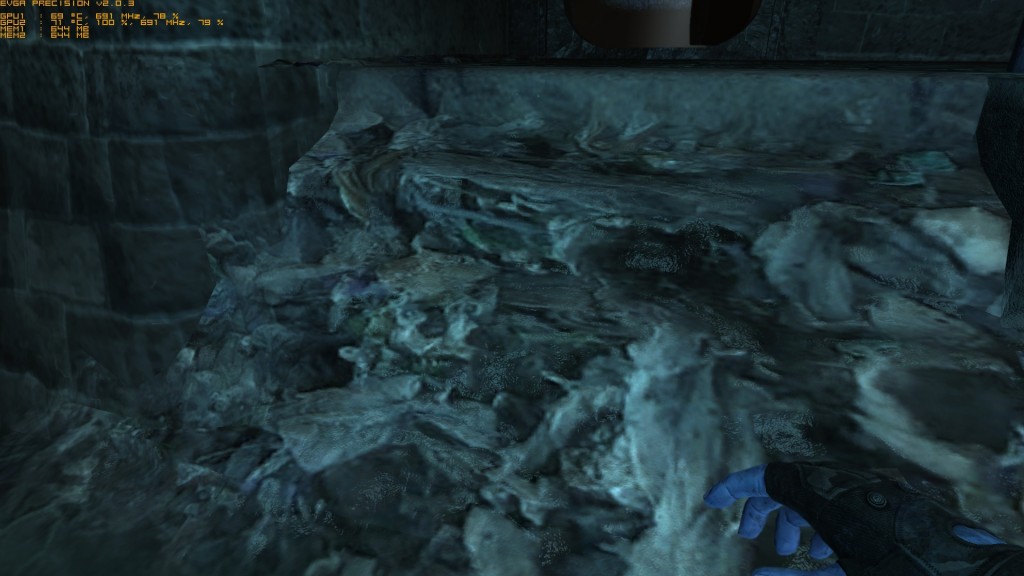 All in all, F.E.A.R. 3 looks awful and doesn’t require a high-end PC. SLI users will need to run the game in Single-GPU mode until Nvidia fixes its profile. Given the fact that SLI wasn’t working correctly and that our one core was already maxed out, we didn’t test 3D Vision. Those of you stuck with old dualcore systems should not worry, as the game won’t stress your CPU. And we are saddened by those disgraceful visuals because underneath them, there is a good game with great fire-fights, AI and an interesting story. 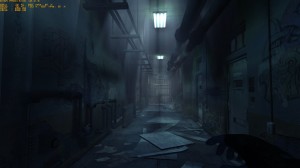 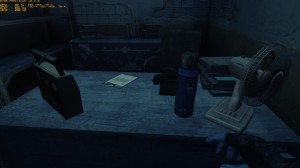 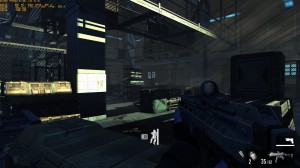 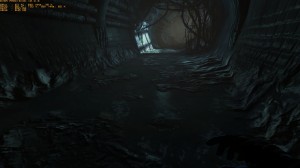 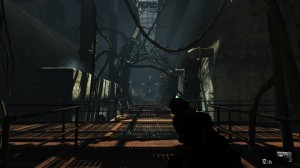 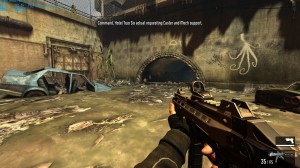 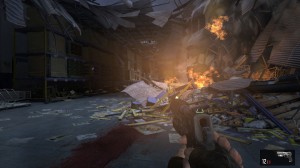 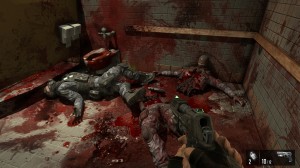 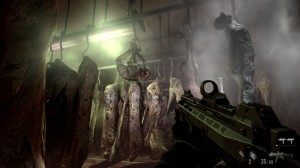 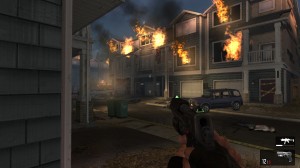 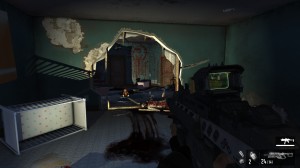 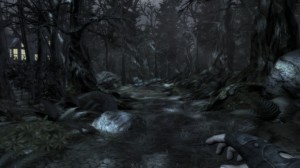 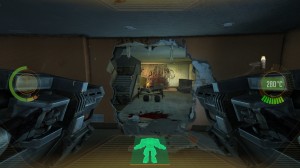 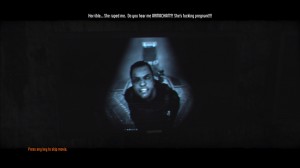 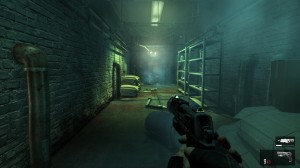 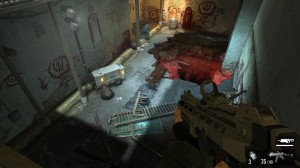 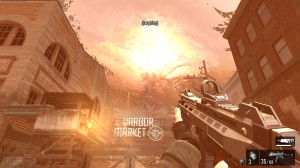 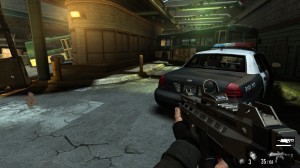 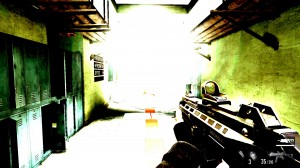 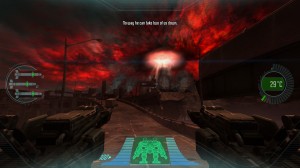 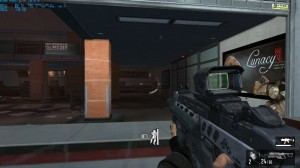 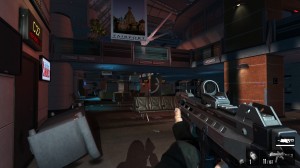 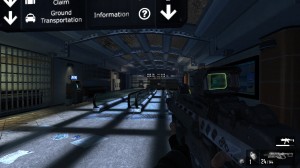 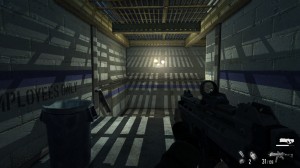 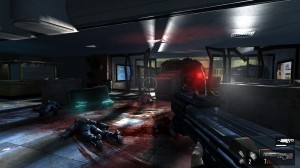 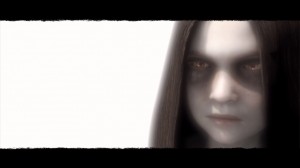