Dying Light has just been released and as you may already heard, it’s plagued by some serious performance issues. Dying Light is powered by Chrome 6 Engine and while the game was meant to hit both current-gen and old-gen platforms, Techland decided to cancel the old-gen version because the game could not run acceptably on both PS3 and X360. And to be honest, you’ll need a really powerful CPU in order to maintain 60fps in this title. But let’s not be hasty…

As always, we used an Intel i7 4930K with 8GB RAM, NVIDIA’s GTX690, Windows 8.1 64-bit and the latest WHQL version of the GeForce drivers. Thankfully, NVIDIA has already included an SLI profile that offers amazing SLI scaling in the latest WHQL drivers. However, we do have to note that we noticed some flickering issues that have not been resolved as of yet. 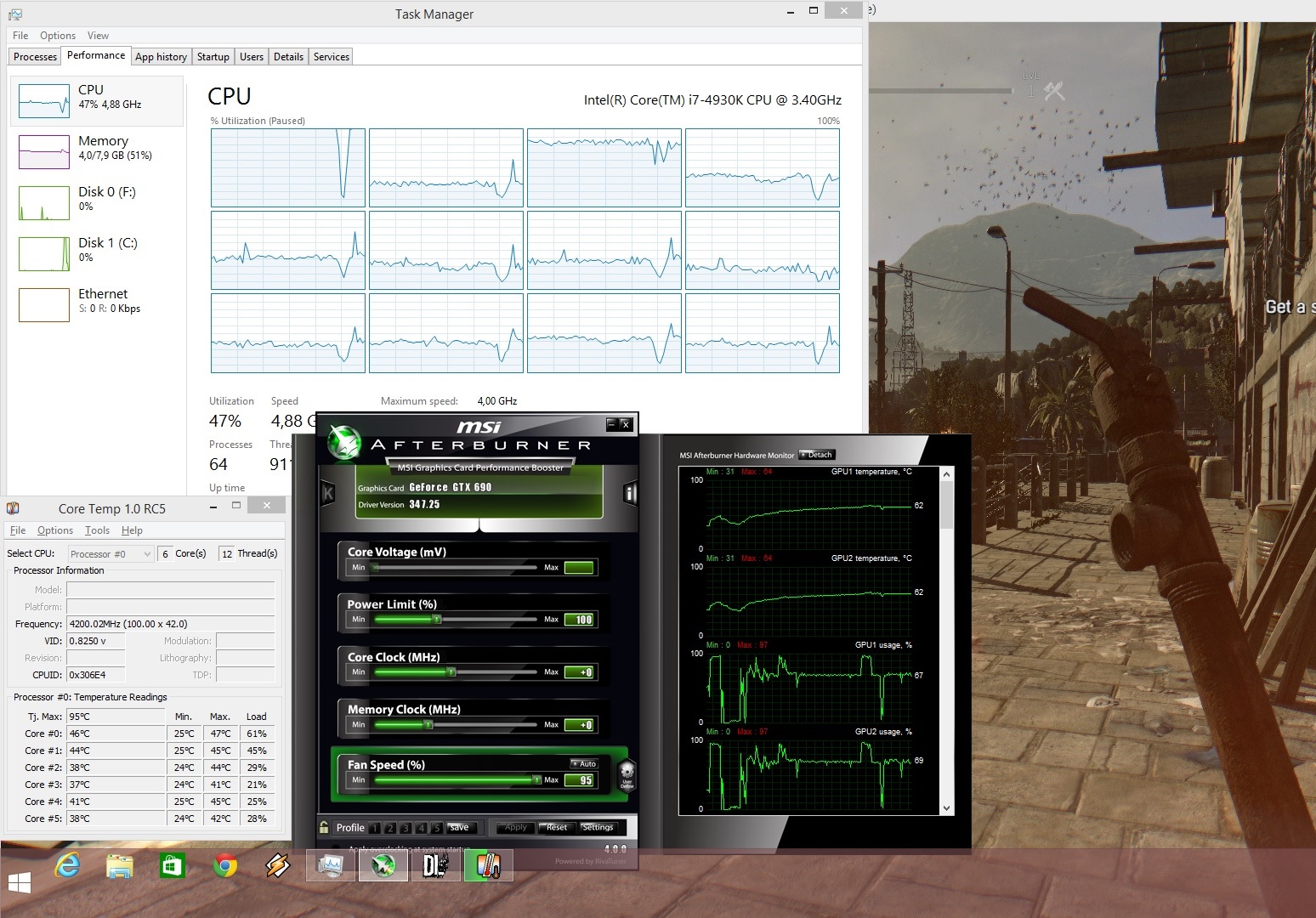 Chrome 6 Engine seems able to scale on more than eight CPU cores. As we can see, all twelve threads of our six-core CPU (Hyper Threading enabled) were being used. However, Dying Light seems to be suffering from awkward single-threaded CPU limitations. What does this mean? Well, it means that you will face performance issues once your main CPU core is maxed out. And it will, as Dying Light – similarly to Assassin’s Creed: Black Flag – is not properly multi-threaded. Basically, it won’t matter whether you have a quad-core, a hexa-core or an octa-core as the stress that is being put on the main CPU core will bottleneck the entire system.

This is further strengthened by our own tests. When we simulated a tri-core and a quad-core system, we did experience any major performance hit. Not only that, but the game simply froze – and we were unable to even navigate its menu screen – when we simulated a dual-core CPU (with Hyper Threading enabled).

In the following images, notice the high CPU usage on the main core and how it affects the framerate. Moreover, we’ve included an image rendered at 720p, showing that there are no performance benefits by simply lowering your resolution (well, that was to be expected as we were not VRAM or GPU limited). Furthermore, we’ve also included a comparison between i7 4930K at default clocks and at 4.2Ghz (notice the 10fps gain). 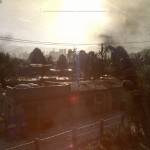 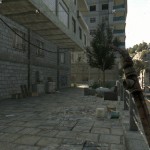 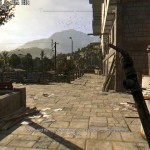 Regarding its GPU requirements, a single GTX680 is unable to maintain 60fps at all times on High settings though there is a respectable number of graphics options to tweak in order to improve performance. On the other hand, while a GTX690 has the horsepower to offer an almost constant 60fps experience, it is held back by its VRAM (each GPU core has access to 2GB of VRAM). On High settings at 1080p, we experienced major stuttering issues while we were roaming the roads of Dying Light. Dropping the textures resolution to Medium resolved those stutters, so if your GPUs are not equipped with enough VRAM, we strongly suggest avoiding the game’s High textures. 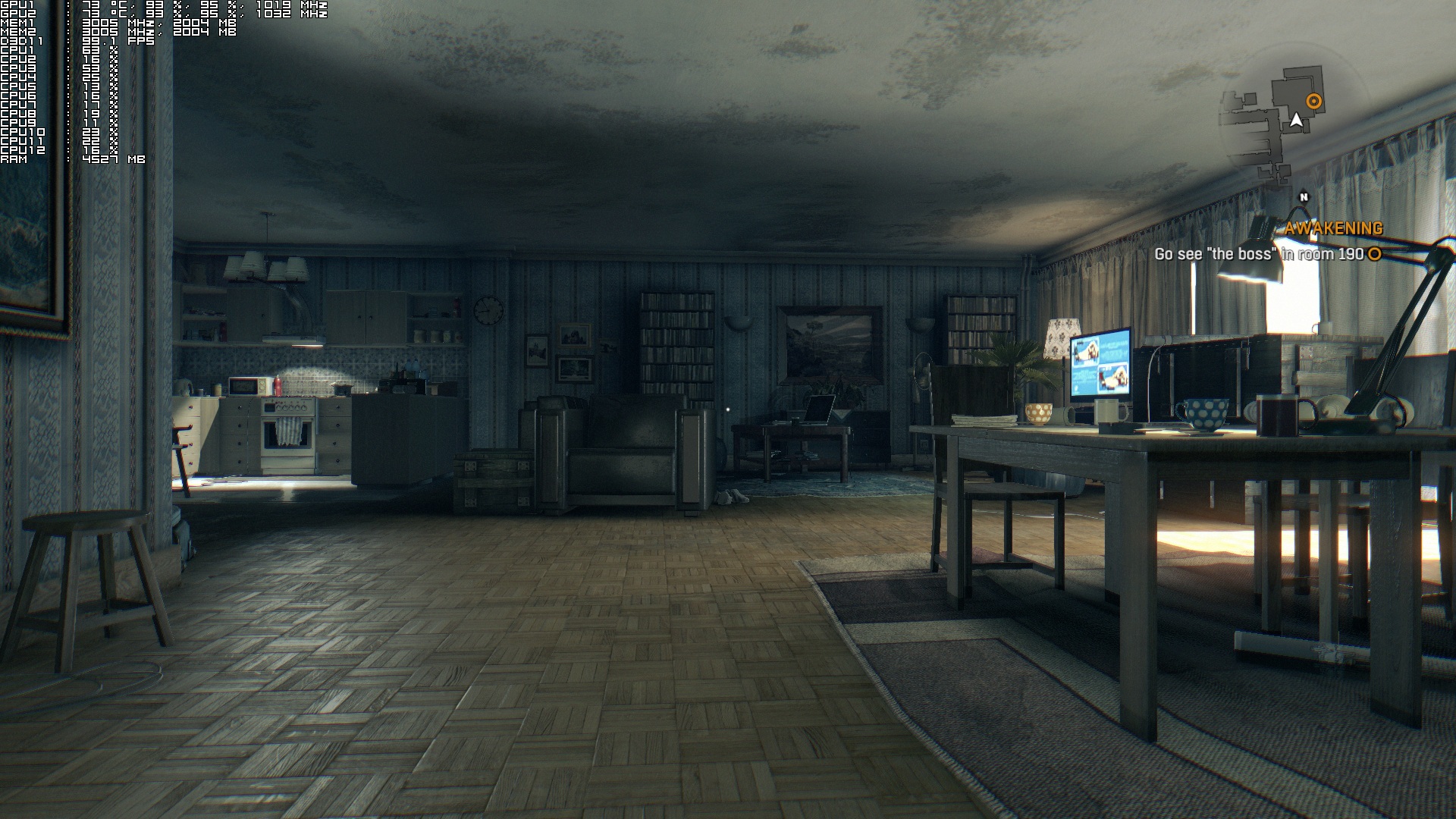 But how does Dying Light run on a really powerful CPU like the 4930K? Well, not as good as we’d expect. As we’ve already said, Dying Light suffers from single-threaded CPU issues; something that is being affected by the game’s View distance setting. Even with the View Distance at 50%, we were unable to maintain constant 60fps. In order to get really close to such experience (minimum 54fps) we had to overclock our CPU at 4.2Ghz. What this basically means is that this game loves overclocked CPUs. The higher your frequency, the better. After all, this is the only way to overcome the game’s single-threaded CPU issues. And in case you are wondering, no; there is no CPU able to run Dying Light with 60fps when View Distance is set at 100%.

From the above, it’s pretty obvious that Dying Light lacks major CPU optimizations. We strongly believe that a better multi-threaded code would benefit the game, as it currently hammers only one CPU core. We don’t know whether something like that is possible via a patch, but it’s pretty much unacceptable witnessing a 2015 game – using a new engine that targets current-gen platforms only – that is unable to offer amazing and balanced multi-threaded CPU usage.

Graphics wise, Dying Light looks great, although not as ‘current-gen’ as we’d hoped for. And since this game came only on current-gen games, we are kind of disappointed. While most characters look great, they are plagued with really, really, really awful lip syncing. And while the flashlight casts shadows, these shadows look more like an aura surrounding objects/characters (instead of proper dynamic shadows being cast to the environment). 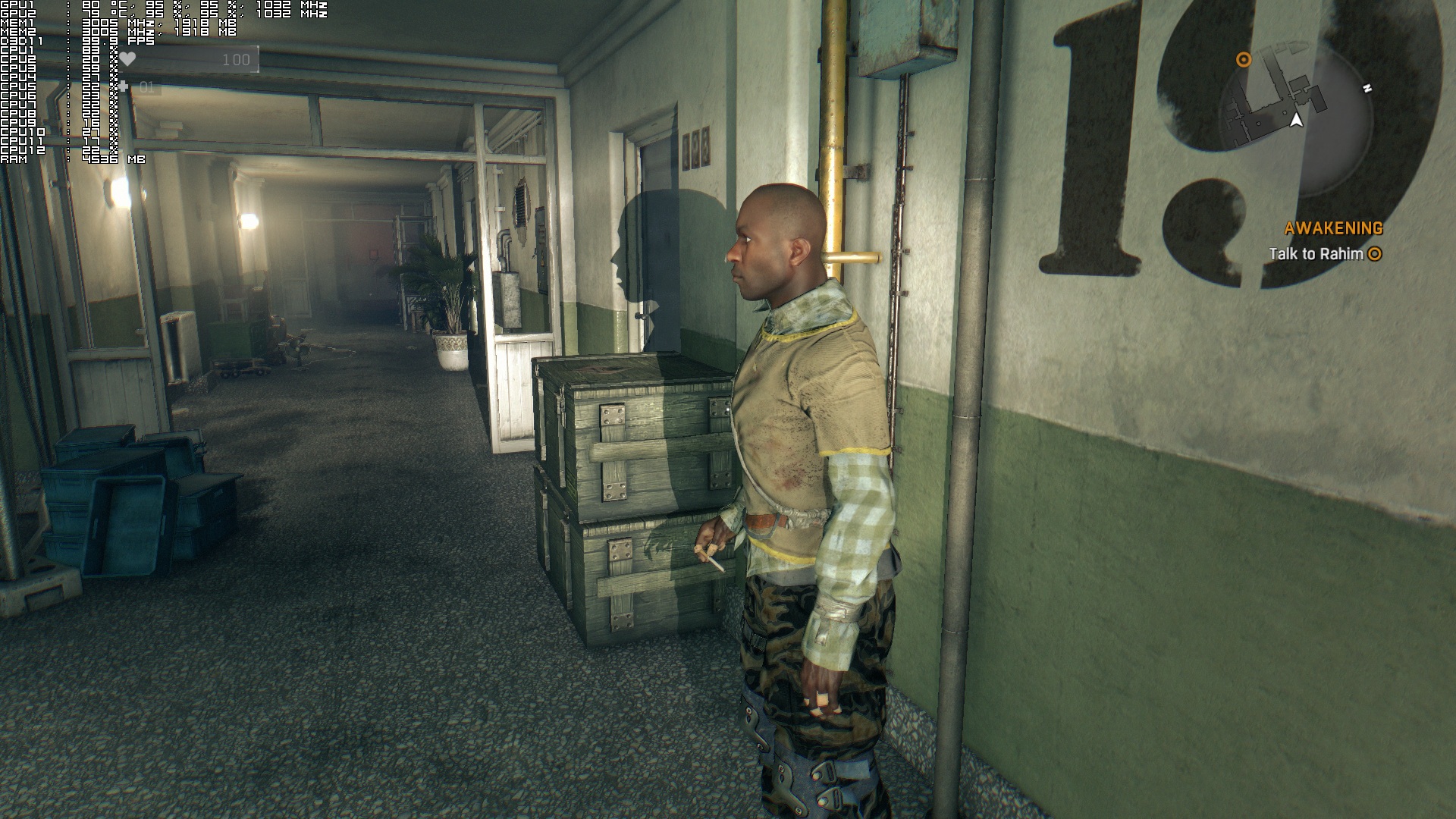 Do not misunderstand us; Dying Light is not a bad looking game. With SweetFX, this game can look really awesome at times. It’s just that we expected more from it. For example, while there are some gorgeous wind effects, you cannot bend plants and bushes. While there are some great shading and lighting effects, we did notice some really weird reflections that were not accurate at all.

All in all, while Dying Light looks great, it’s not up to what we were expecting – technically speaking – from a current-gen only title. Perhaps we raised the bar too high or perhaps the game’s numerous delays resulted in other games closing the graphical gap between them, thus making it feel less impressive than before (for what is worth, the game looks just as good as its Lighting teaser trailer… but that was released back in 2013). Not only that, but the game suffers from major CPU performance issues, and a lot of gamers will need to either overclock their machines or lower the game’s View Distance setting in order to gain some additional frames.

For what is worth, the game comes with a Field Of View slider, does not suffer from mouse acceleration issues, players can completely disable mouse smoothing, there are proper on screen keyboard indicators, and we did not encounter any stutters (once we lowered the game’s textures to Medium). In short, it’s a more polished product than Dead Island; a game that suffered from major mouse and stuttering issues.

Before closing, our reader ‘Dirty Dan’ shared an easy mod install that removes DOF, Blur, Desaturation and Grain (and can be downloaded from here). Also, ‘Dirty Dan’ has provided us the following guide via which you can further edit the game’s FOV values.

-You can increase the fov and change other settings by going to:
-Documents\Dying Light\out\Data
-And open video.scr
-And change ExtraFOVMultiplier. it is set to 20 but you can increase that.
-The calculation for changing the fov value in the video.scr is you take the desired FOV value say 90, and subtract 52 from that and youd change 20 to 38, as 20 was equal to 72.

Enjoy! “Only once people deny that which they love, do they become able to create it anew. All will make sense in time.” 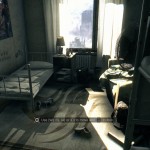 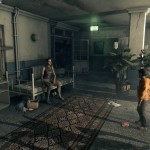 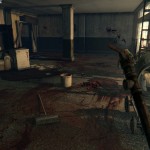 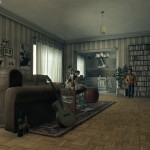 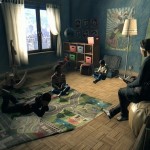 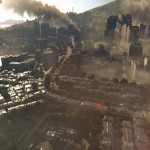 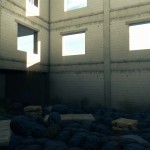 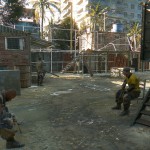