DRAGON QUEST XI: Echoes of an Elusive Age is a new turn-based JRPG that will undoubtedly please fans of this particular genre. The game is powered by Unreal Engine 4 and its lovely characters have been designed by Akira Toriyama so it’s time to benchmark it and see how it performs on the PC platform. 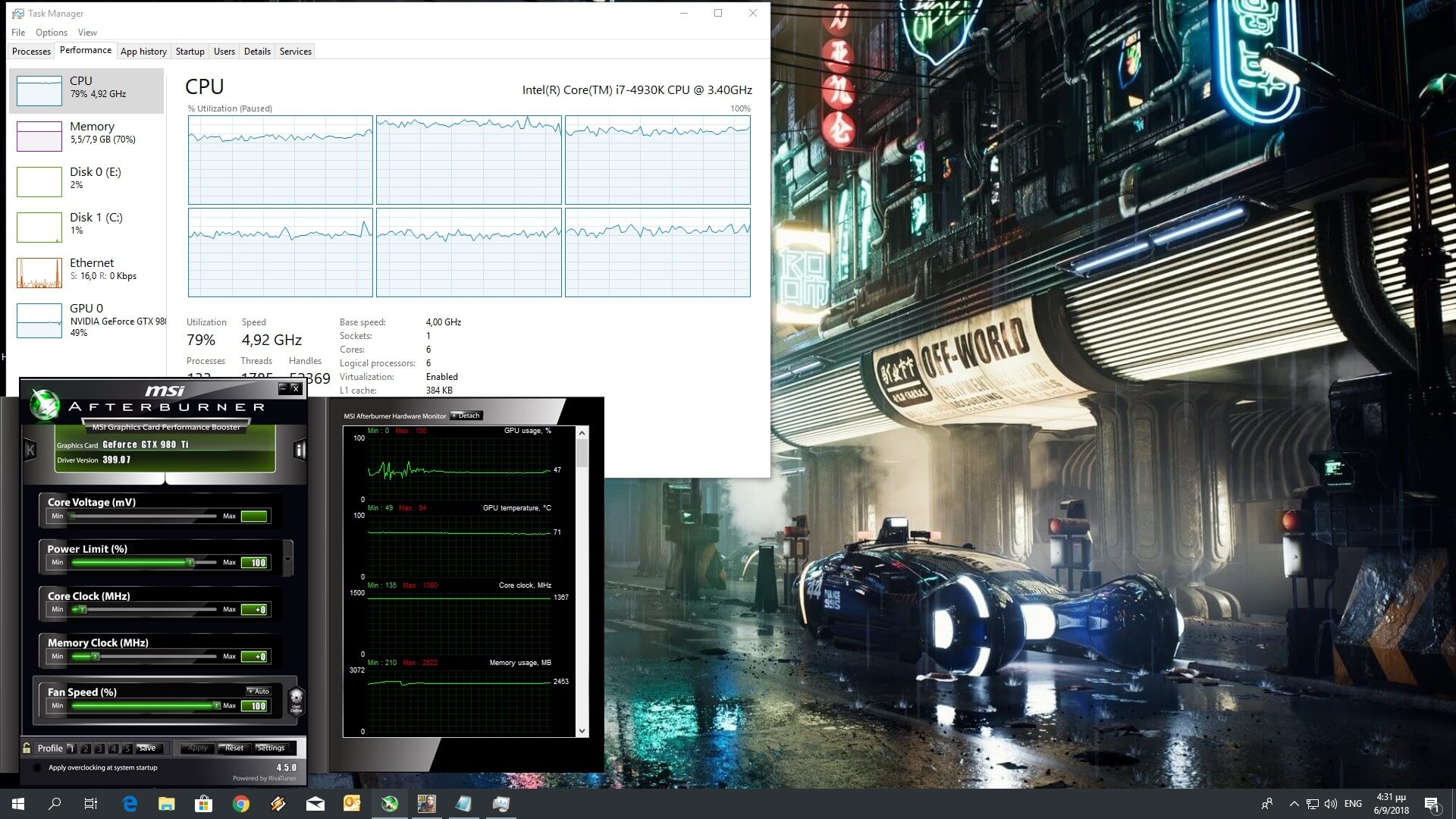 Square Enix has implemented very few graphics settings to tweak. PC gamers can adjust the quality of Anti-Aliasing, Post Processing, and Shadows. There are also options for Screen Percentage, Framerate (30fps or 60fps, though you can unlock it by changing the “FrameRateLimit” setting in the “GameUserSettings.ini” file that is located at C:\Users\username\Documents\My Games\DRAGON QUEST XI\Saved\Config\WindowsNoEditor folder) and VSync. And that’s it. Surprisingly enough, there is no option for Textures and as you will see in our featured screenshots, the game suffers from some really low-res textures. 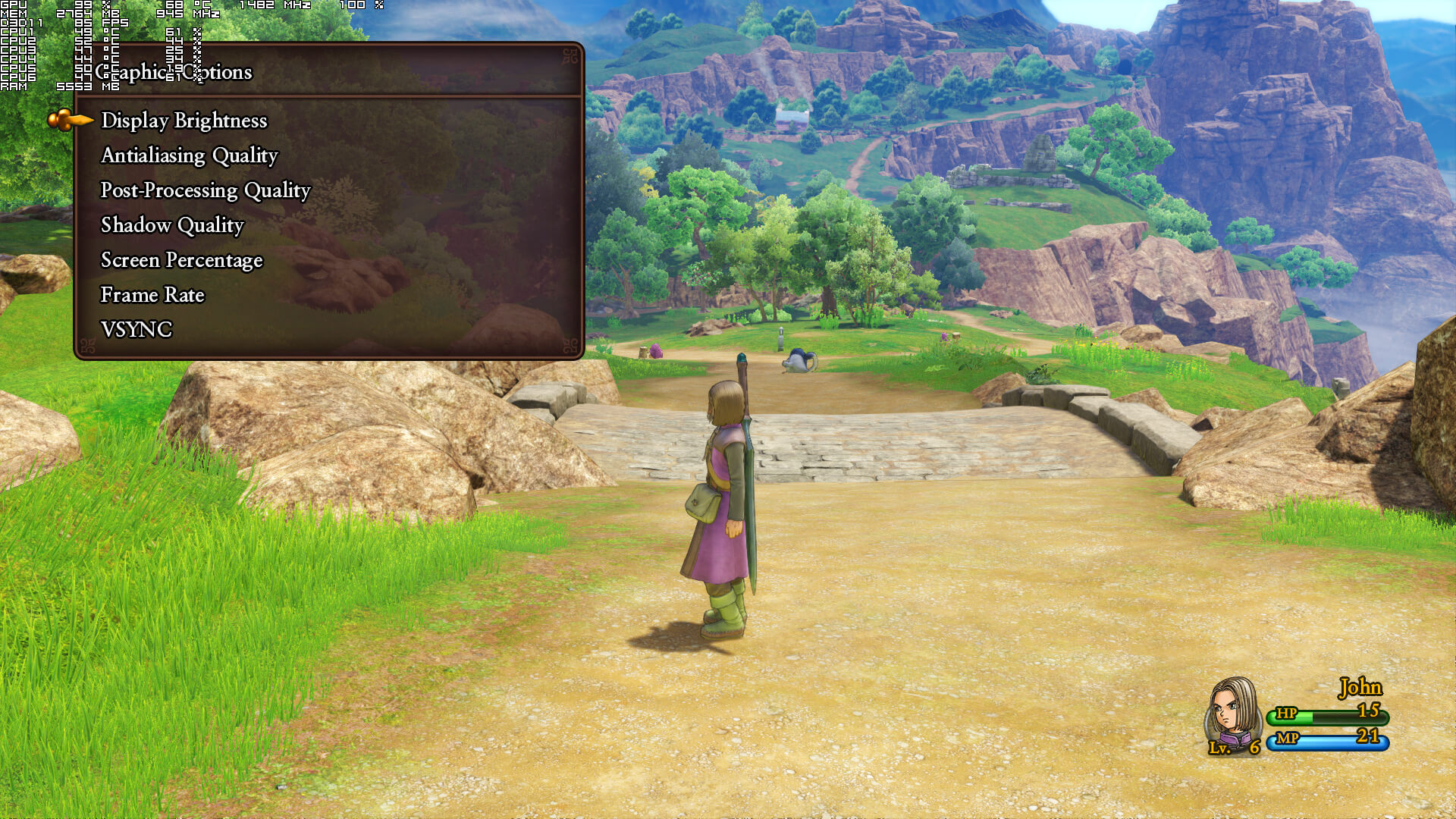 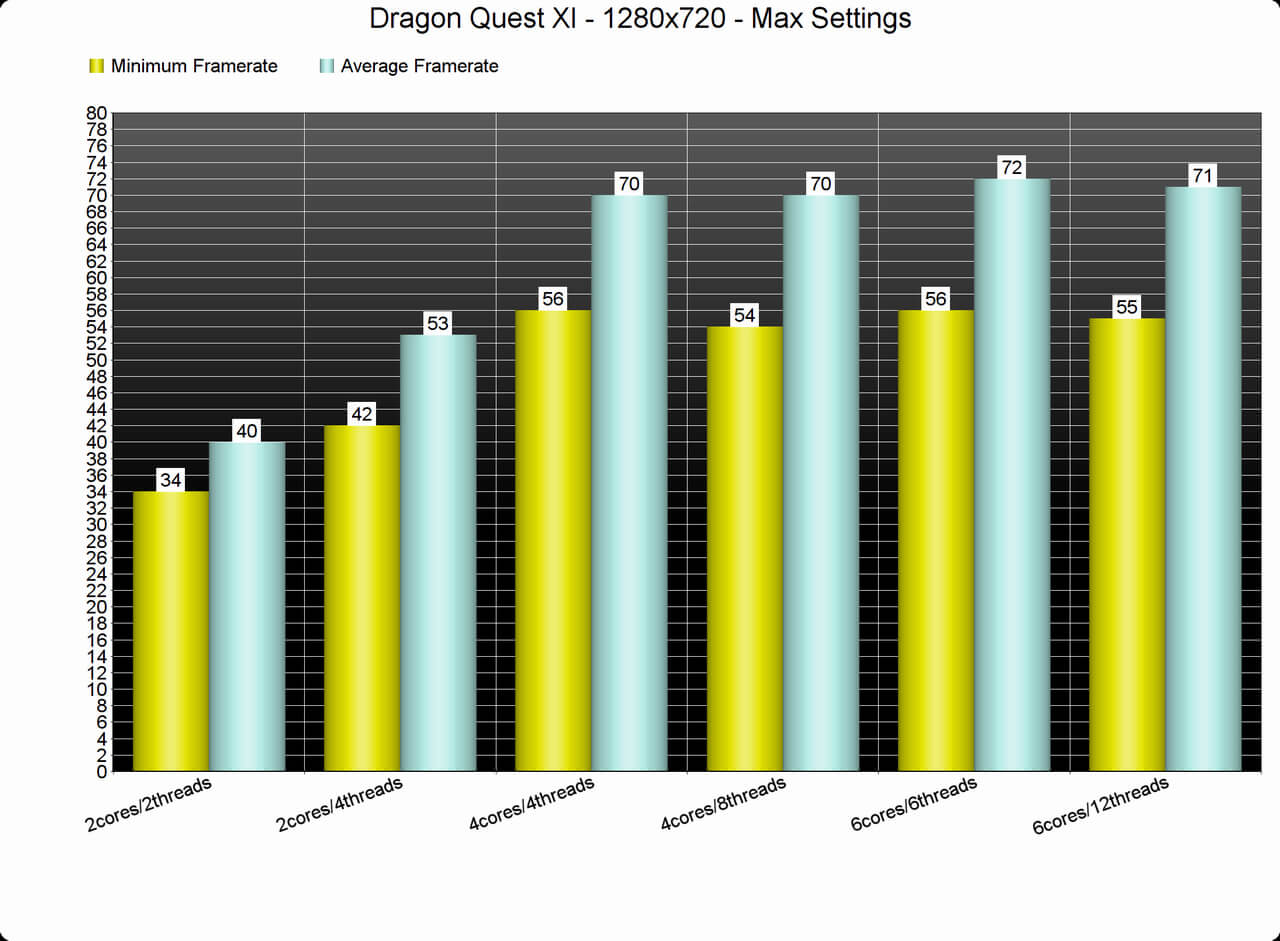 As said, DRAGON QUEST XI: Echoes of an Elusive Age is powered by Unreal Engine 4 and it appears to favour NVIDIA’s hardware over AMD’s. As such, our NVIDIA GeForce GTX980Ti was able to compete with the AMD Radeon RX Vega 64 (do note that we were GPU limited at 1080p, 1440p and 4K, meaning that our CPU did not affect at all the results). We don’t know whether AMD will be able to improve overall performance via new drivers, however this game is best played on NVIDIA’s hardware right now. 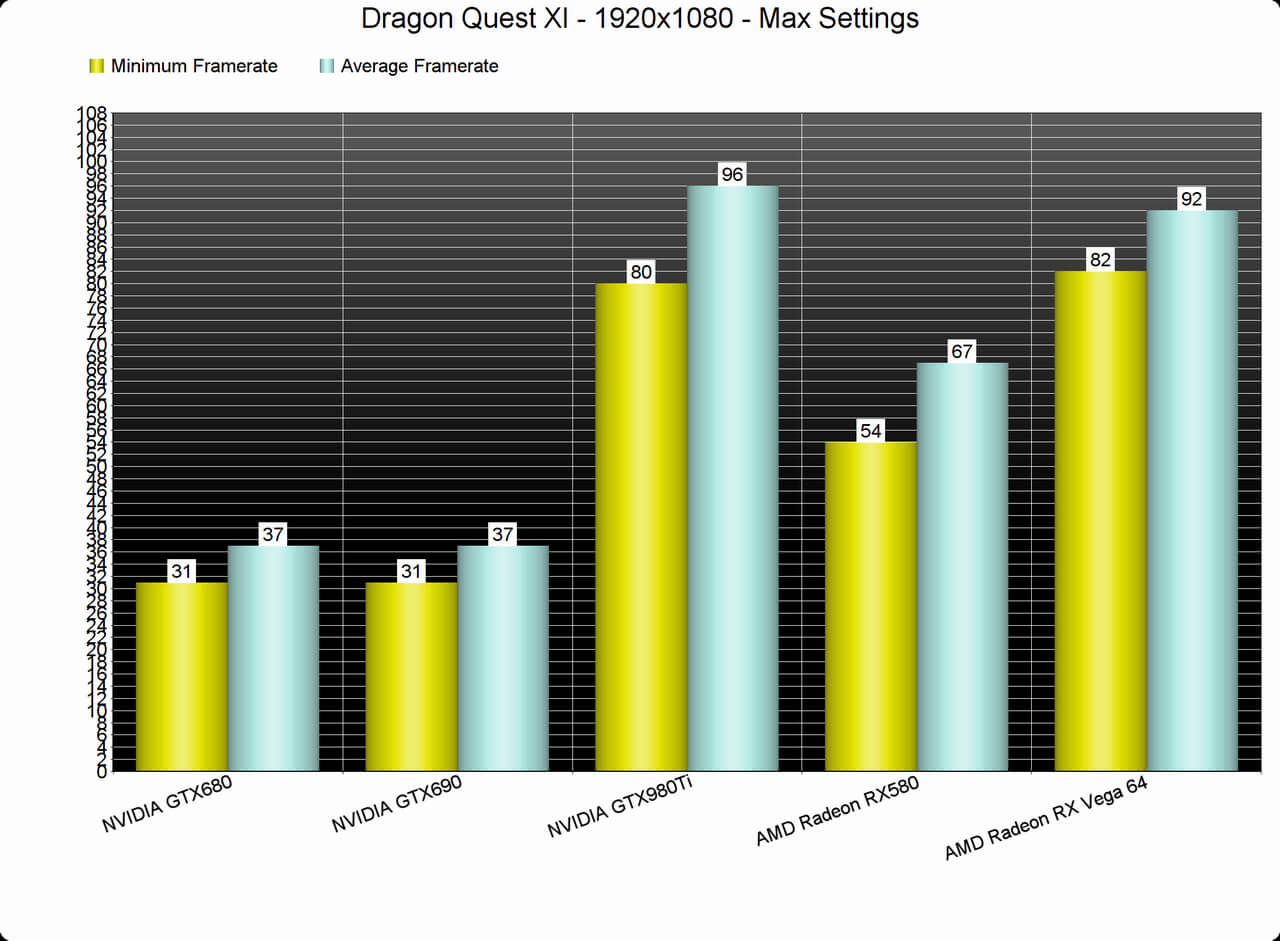 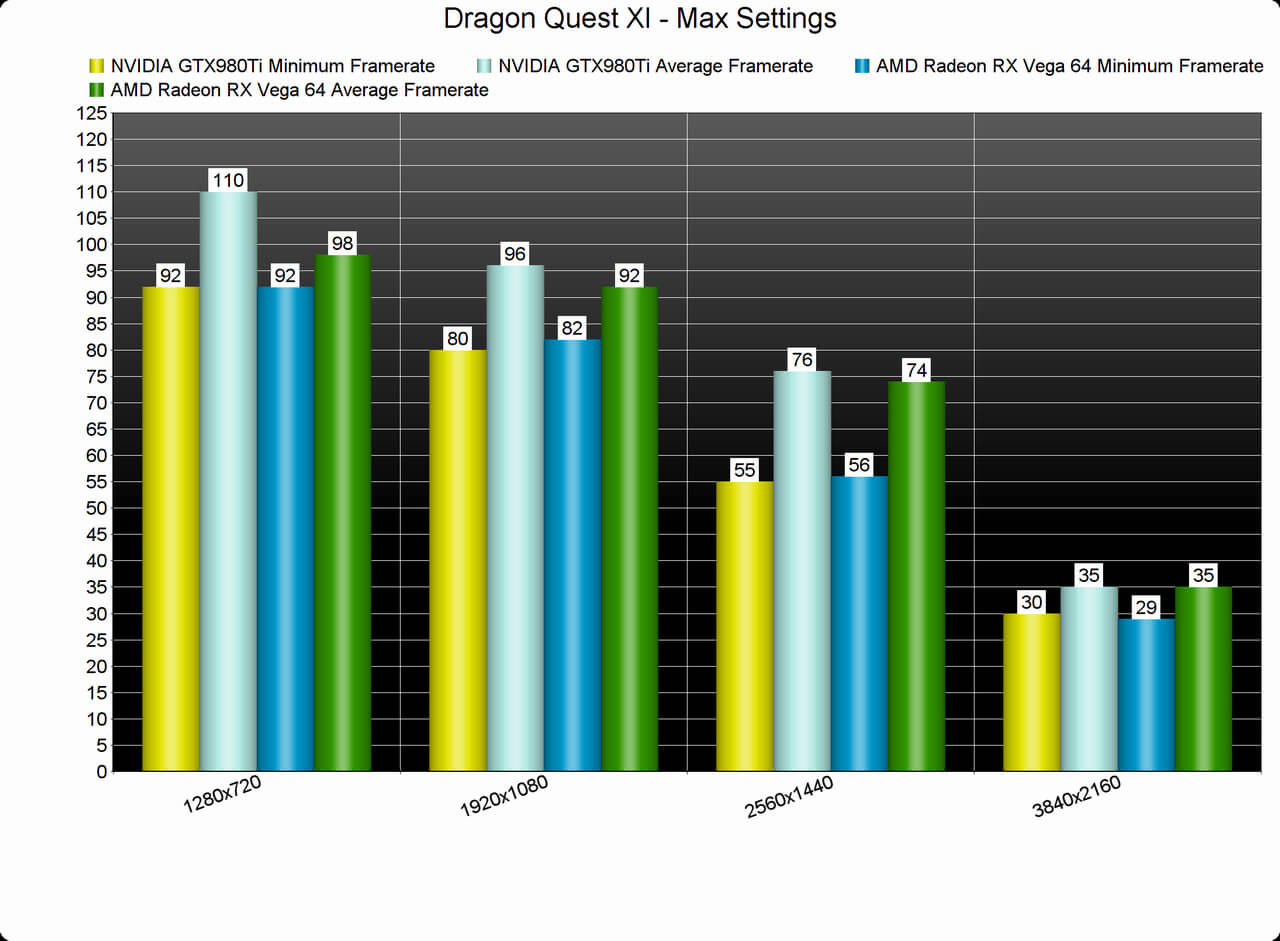 Graphics wise, DRAGON QUEST XI: Echoes of an Elusive Age looks lovely thanks to its amazing art style. All characters look similar to those that Akira Toriyama created for the Dragon Ball series. The environments are also lovely, again mainly due to the game’s art style. However, we did not notice some disappointing technical issues. The game suffers from major pop-in of objects and there are a lot of low-resolution textures. Moreover, the game does not display at all keyboard or mouse prompts so you’ll have to head over to your Control options in order to memorise what key does what. It’s inexcusable for a PC game in 2018 to not feature proper keyboard+mouse on-screen indicators. Thankfully, we did not notice any mouse acceleration or smoothing issues, meaning that the game can be enjoyable with this particular control scheme. The game also has set the ESC key for exiting the game and key “Z” for opening the menu (a bizarre choice nonetheless). 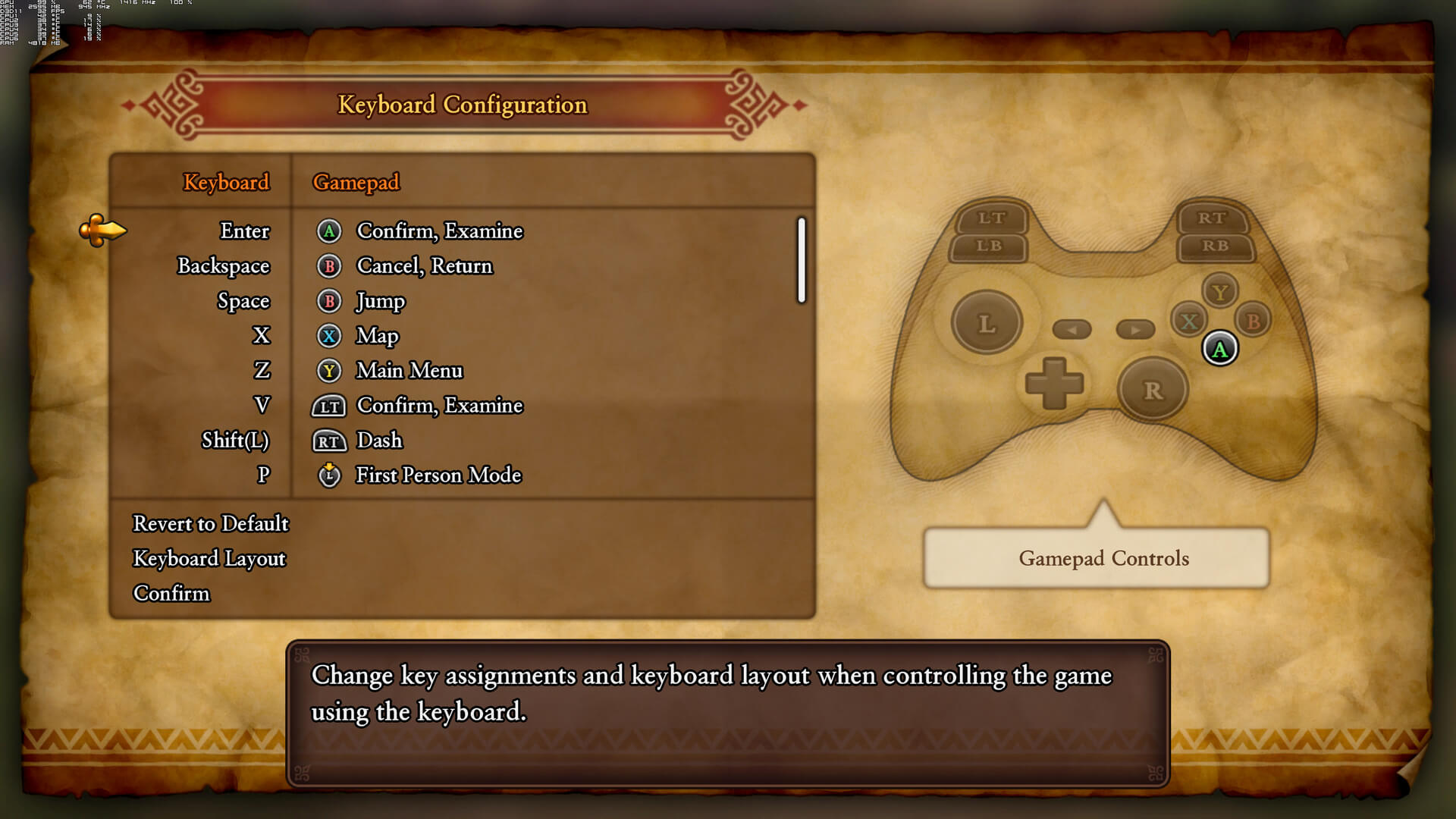 All in all, DRAGON QUEST XI: Echoes of an Elusive Age is not a perfect PC port. The game does not offer a lot of graphics settings to tweak, suffers from pop-in of objects and low-resolution textures, does not feature proper keyboard+mouse prompts and performance could have been better, especially on AMD’s hardware. This obviously does not mean that this is a shitty port. The game does run – for the most part – fine on mid-range PC configurations, there aren’t any mouse acceleration/smoothing issues, and players won’t encounter major issues with the absence of the keyboard prompts (thanks mainly to the game’s turn-based nature). 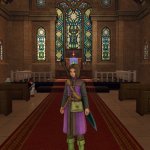 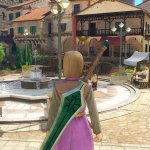 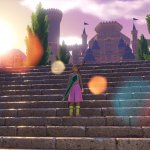 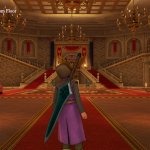 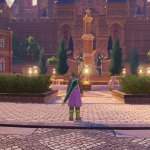