During today’s livestream, Crytek benchmarked Crysis Remastered on the PC. In order to measure the game’s performance, Crytek used an AMD Ryzen 7 2700X with 16GB of RAM and an NVIDIA GeForce RTX graphics card. At the 28:36 point, you can hear Crytek’s devs state that the NVIDIA GPU was an RTX2080Ti.

From the looks of it, Crysis Remastered will be a really demanding game. The game ran with an average of 38fps at 1080p on Very High settings on the NVIDIA GeForce RTX2080Ti. Now in case you’re wondering, these Very High settings are NOT the “Can it Run Crysis?” settings. As such, the game can run even worse on NVIDIA’s powerful GPU at 1080p.

Furthermore, and in case you’re wondering, TSAA is a post-processing technique analogous to the other SMAA modes. It’s not SSAA (which stands for Super Sampling Anti-Aliasing).

We seriously don’t know what GPU Crysis Remastered needs for gaming at 1440p/60fps on the “Can it Run Crysis?” settings. Since the RTX2080Ti is only offering 38fps at 1080p/Very High, we can safely assume that the RTX3080 won’t be able to come close to a 60fps experience at 1440p/Very High. 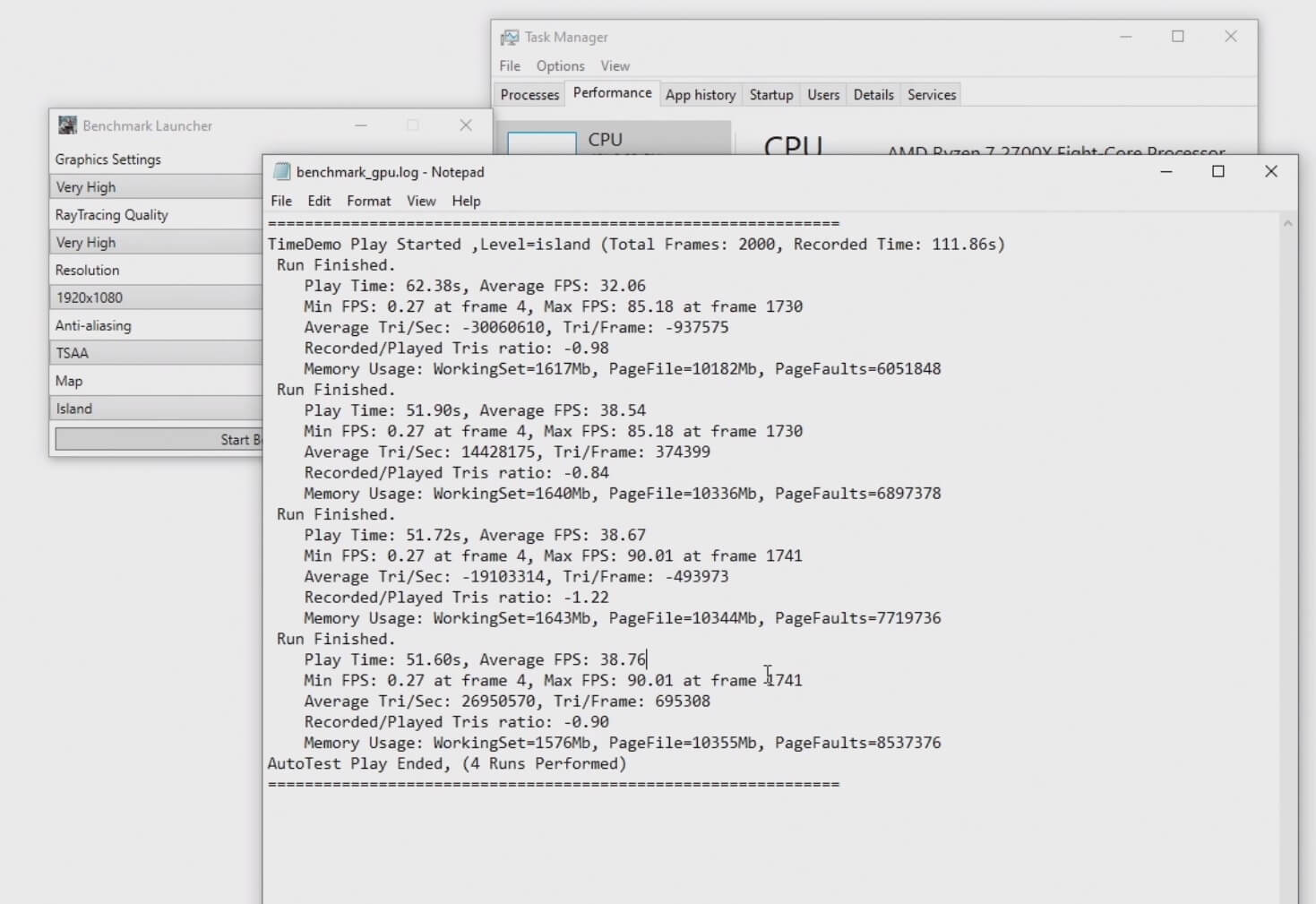 Now the good news here is that the game comes with a nice amount of graphics settings to tweak. As such, PC gamers can lower the quality of Ray Tracing in order to further improve performance. It’s also worth noting that Crytek ran the benchmark with the DX11 API. Apparently the game uses the Vulkan ‘VKRay’ extension over the DX11 renderer in order to provide hardware-accelerated Ray Tracing support.

Before closing, Crytek revealed that Crysis Remastered will not ship with DLSS 2.0 support. The team plans to add support for this tech via a post-launch update.

Crysis Remastered will release on September 18th and will be exclusive to Epic Games Store.