When Company of Heroes 2 was initially announced, most PC gamers felt excited. A new part in the COH series that was powered by an engine that would ‘change’ the way we play strategy games? A new strategy game with DX11 features? A new PC exclusive title? Hell bloody yeah. Unfortunately though, Company of Heroes 2 is not performing as good as we’d hoped for a PC exclusive title.

As always, we used an overclocked Q9650 (4Ghz) with 4GB RAM, an Nvidia GTX690, Windows 7-64Bit and the latest version of the GeForce drivers. Despite the presence of an SLI profile for it, Company of Heroes 2 is not supporting multi-GPU systems. As Relic has officially claimed, Company of Heroes 2 does not currently support SLI or CrossFire. This made us wonder as we’re talking about a PC title that can easily stress a GTX680 (especially when you enable higher levels of AA). So, why multi-GPU systems are not supported? According to Relic, this is due to how its ColdTech system works:

“Conflicts with how our ColdTech works and how multi-gpu solutions operate introduce an overhead that exceeds the benefit of using the additional GPUs. After consulting with chipset designers we made the decision to have them disable support for multiple GPUs ”

What’s also surprising here is that Company of Heroes 2 is optimized for tri-core and not for quad-core CPUs. At this point, let us tell you that this strategy game will stress every aspect of your system. For max settings you’ll need a Titan card, a high-end CPU and lots of RAM. Company of Heroes 2 was perhaps the only game that almost used 2GB of RAM, meaning that PC gamers will have to make sure that they have plenty of RAM in order to enjoy it.

As said, the game is not optimized for quad-core CPUs. We were shocked when we found out that there were not performance differences between our simulated tri-core and our quad-core systems (we lowered the resolution to 720p to avoid any RAM limitations but that does not affect the CPU). Naturally, we thought that the benchmark that has been included did not represent the real in-game performance. After all, this had already happened with Metro: Last Light and Resident Evil 6. Unfortunately, that’s not the case here. Even while playing the SP mode of Company of Heroes 2, the game performed identical on the simulated tri-core and quad-core systems. For a title that relies heavily on the CPU – and a PC exclusive title mind you – this is simply unacceptable. Hell, as we can clearly see, not even one of our CPU cores was maxed out. 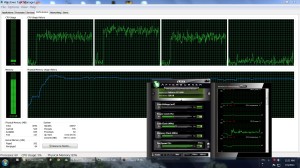 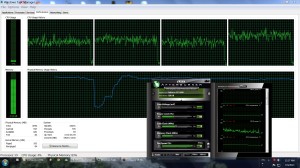 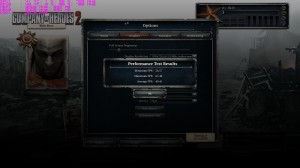 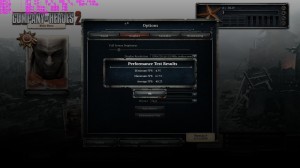 Performance wise, Company of Heroes 2 ran with 33-60fps at 1080p and max settings (though we decided to disable AA in order to avoid any possible GPU limitation). We are a bit puzzled with the game’s performance. It’s pretty obvious that our CPU was not stressed, it’s obvious that there is no difference between a tri-core and a quad-core CPU, and it’s obvious that you will need 4GB of RAM at least if you’re willing to enable of its bells and whistles. Moreover, the game uses up to 1.8GB of vRam, however we did not notice anything impressive on screen and the game’s textures are nothing to be excited about. Since this is a strategy game, it is fully playable even at 30fps. Still, this does not excuse the game’s poor optimization.

Company of Heroes 2 is powered by the Essence 3.0 engine – an engine that promises to bring tactical strategy to life like never before, thanks to the realistic ColdTech weather system, the revolutionary dynamic line of sight system TrueSight, and realistic destructibility. However, we have to be honest here; we did not notice anything ground-breaking. Yes, there is terrain deformation and a lot of objects can be destroyed. However, it’s not ahead of its time. Furthermore, the overall destructibility did not leave us speechless. And as for the dynamic line of sight, that is ruined by the awful AI of your squad. A lot of times you’ll have to keep an eye on them and correct their paths. And this is precisely why most of us prefer controlling individual units instead of squads.

In short, Company of Heroes 2 is not well optimized for the PC. The game does not take advantage of a fourth CPU core, does not support multi-GPU systems, will stress the vRam of your GPU despite its somehow underwhelming textures, and is not up to what you’d expect from a PC exclusive title. PC gamers can tweak a number of graphics options, however they will definitely need – even for low settings at 1080p and 100% gameplay – 4GB of RAM, otherwise you’ll be experiencing a lot of stuttering.

Let’s hope that Relic will be able to further improve it via patches. 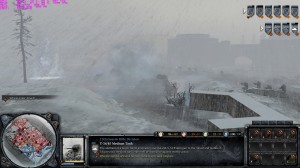 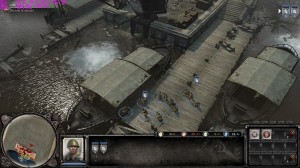 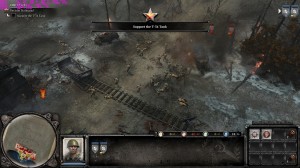 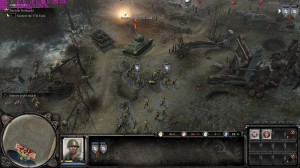 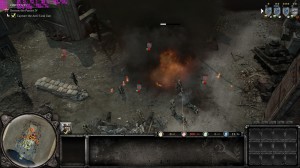 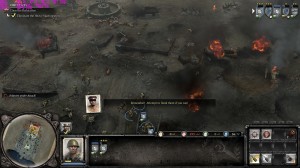 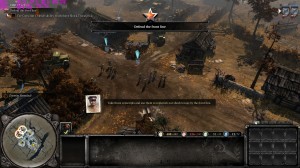 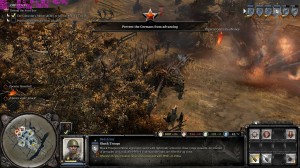 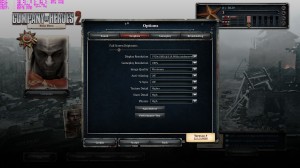 Did you notice the edited images with the strange Steam name? Yeah, that was an internal joke to see whether anyone would notice it. Kudos to Thomas for editing them.