Call of Juarez was one of my most beloved games. Back in the days of DX9, the game featured spectacular visuals and incorporated some unique ideas. Moreover, it was a quality Wild West game, and we didn’t have one since… Outlaws. It basically filled a gap and became even prettier with a DX10 patch that Techland released afterwards. It seems though that the company didn’t realize the reasons behind CoJ’s success. Either that or they became gritty – like most others – and wanted to appeal to a wider audience. The result was a sequel that was inferior to its prequel and a third part that has nothing to do with the series. It could easily be a new IP franchise instead of a Call of Juarez game, but I guess Techland needed the name to trick and sell the game to the fans of the series.

However, we are not here to judge the game and its gameplay. CoJ: The Cartel uses Techland’s Chrome 5 engine, an upgraded version of the Chrome engine that was used in pretty much every part of the series, so it’s time to see how well it performs with a modern-day PC. For this performance analysis, we used a Q9650 @ 3.9Ghz, 4GB DDR2, an Nvidia GTX295 and Windows 7 64Bit. 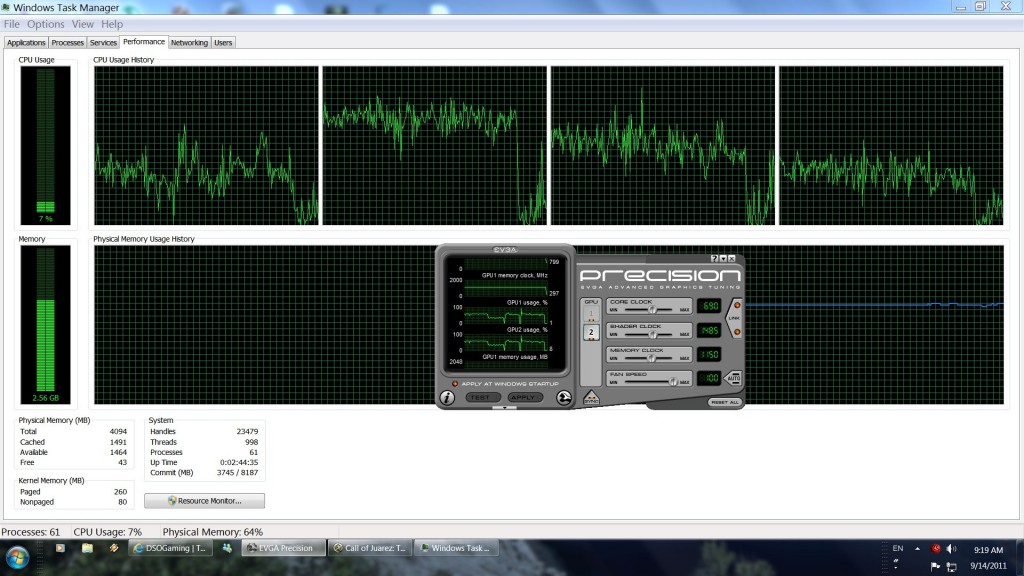 We are really shocked with how dated Call of Juarez: The Cartel’s visuals are. Apart from the protagonists, every character seems blocky and their polygon count has been reduced dramatically. Shadow quality is awful, as well as reflections and draw distance. There is a really horrible DoF effect when you are using your weapons’ iron-sights that will most likely drive you mad and we highly recommend disabling it. To make things worse, The Cartel features some awful textures and doesn’t support either DX10 or DX11. And that damn pop-up of the environment can be easily noticed and is annoying as hell. Sure thing, those are settings that were used to save some GPU resources on the console versions but there is no reason at all to be present in the PC version. Okay, let’s overlook the fact that the textures were not replaced with some high-resolution ones. Why on Earth did Techland limit the LOD even on the highest settings? It’s really funny, but the first Call of Juarez features better textures and environments than the ones found in The Cartel. Oh, and forget any major interaction with the vegetation; this is not Crysis or BC2 after all. Bad move Techland… really bad move.

Thankfully, the game runs fine even if you don’t own a high-end system. With the aforementioned system, we managed to stay above 60+ at all times with every graphical option maxed out and at 1080p. However, we should note that The Cartel doesn’t take advantage of quadcores. We simulated a dualcore system and we didn’t notice any performance decrease, so those of you that are stuck with a dualcore PC will enjoy the game to its fullest. After all, it doesn’t feature anything to tax your CPU, so it’s only natural to expect such low requirements. 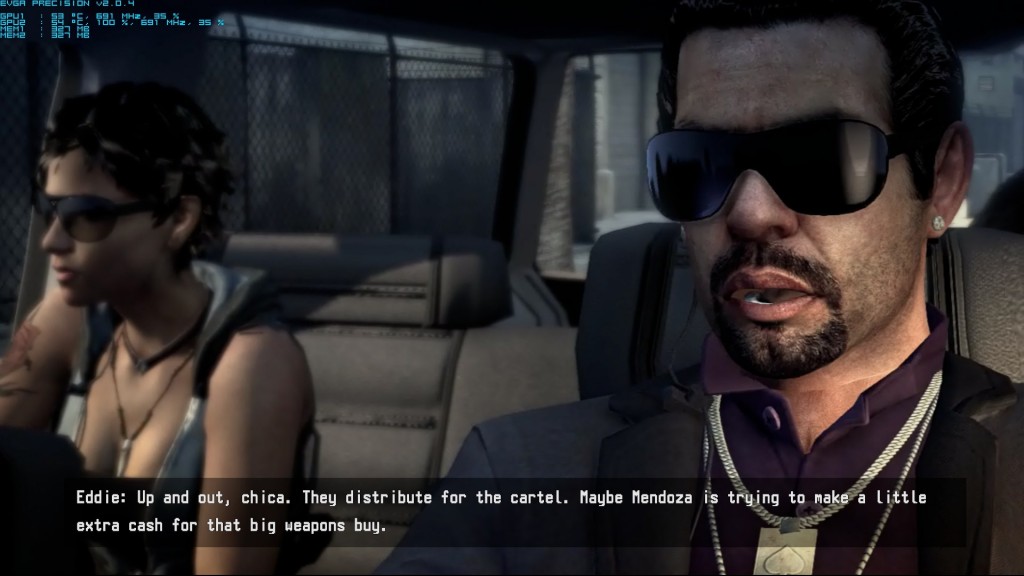 SLI, on the other hand, is bugged. We were experiencing low GPU usage in both of our cores, and we decided to alt+tab. When we re-entered the game, our GTX295 was used to its fullest for a brief moment. After 10 seconds, GPU usage dropped again to 50% and our framerate dropped from 100+ to 70+. We’ve contacted Nvidia about this, and we really hope that they’ll be able to fix it in a new driver version. Most of you though, won’t feel the need of such fix, as its performance is fine even with this bugged SLI profile. We’ve also forced our GTX295 to Single GPU mode and witnessed a 98% usage to our first core. The good news is that our framerate stayed above 60+ no matter what was going on on-screen. So basically, those of you with a GTX275 will be able to enjoy it without any compromises. We should also note that we’ve encountered some driver crashes with the latest ForceWare Beta v285.27. We don’t know whether these drivers can’t handle our current GPU overclock, but we do know that with the 280.19 we didn’t encounter any problem at all. So if you’re experiencing driver crashes, just roll back to v280.19.

The game has also some sound issues, so you’ll be forced to choose a stereo (or 2.1) speaker profile from your sound card’s configuration, otherwise you won’t get any audio while playing it.

All in all, Call of Juarez: The Cartel runs fine with old PC systems but doesn’t offer anything noteworthy as it looks pretty much like all those 2009 multiplatform games. It’s ironic, but the first Call of Juarez – that was released in 2007 – looks far better, features higher-resolution textures and has a better artistic style. Call of Juarez: The Cartel doesn’t deserve the CoJ name, plain and simple, and we are shocked with what Techland actually delivered. This is a game you’d expect from a low-budget company – like City Interactive – and not what you’d expect from them. What a shame. 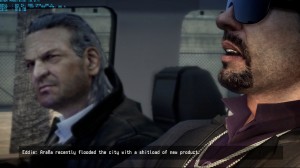 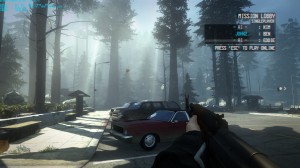 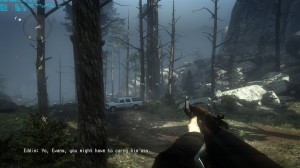 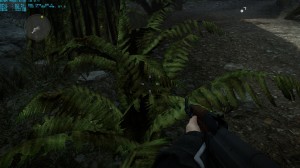