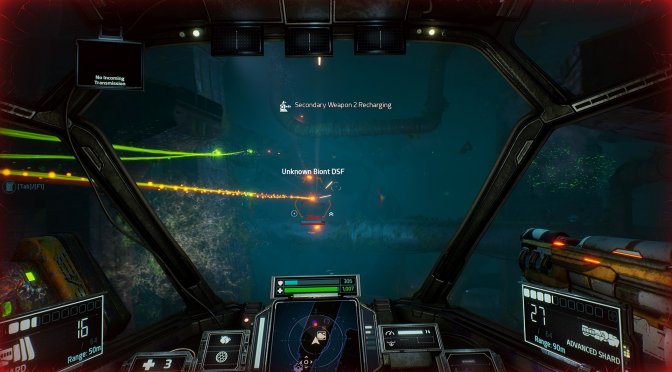 Aquanox Deep Descent is a first-person underwater vehicle shooter that came out on the PC last month. Powered by Unreal Engine 4, it’s time now to benchmark it and see how it performs on the PC platform. 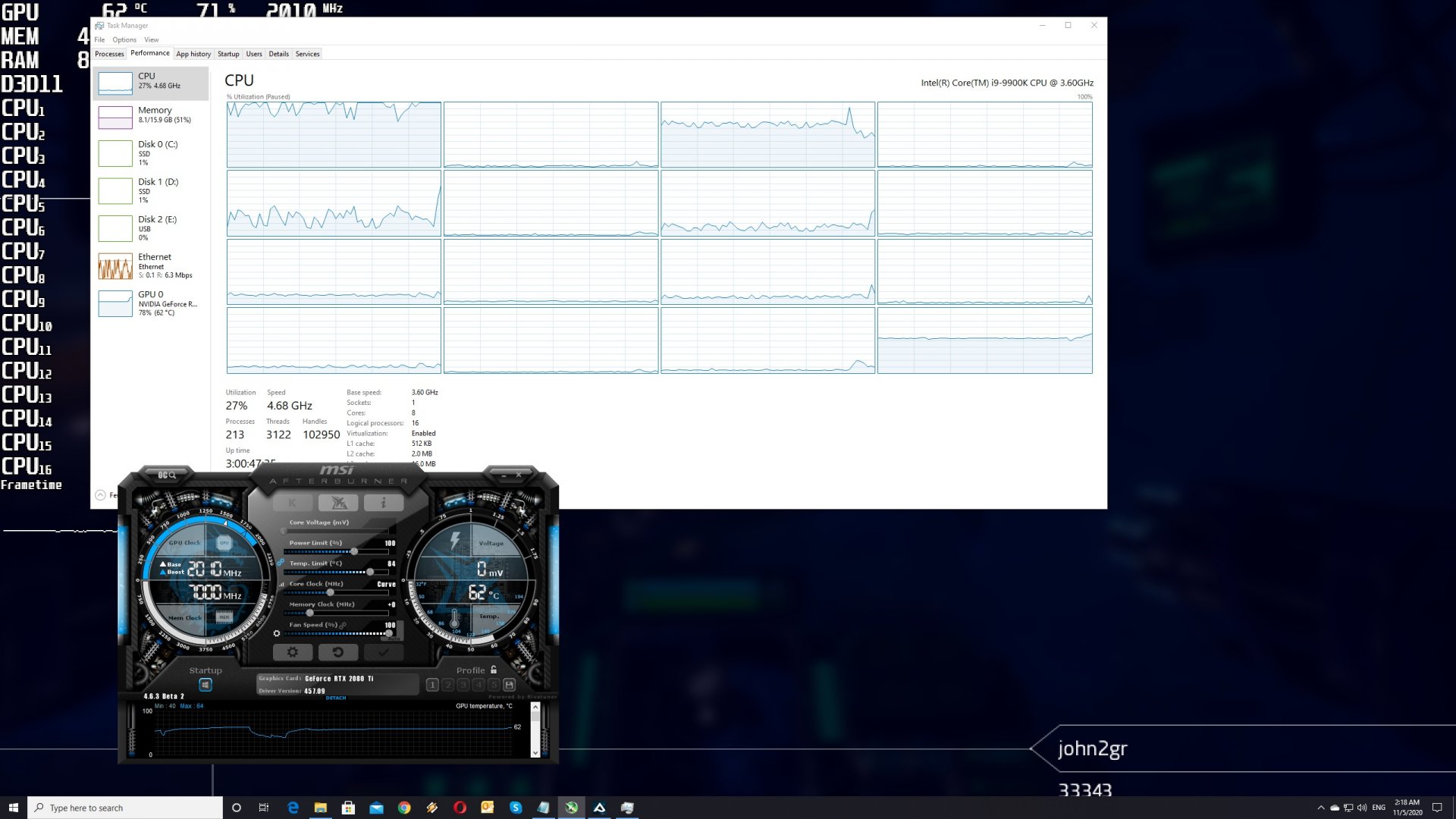 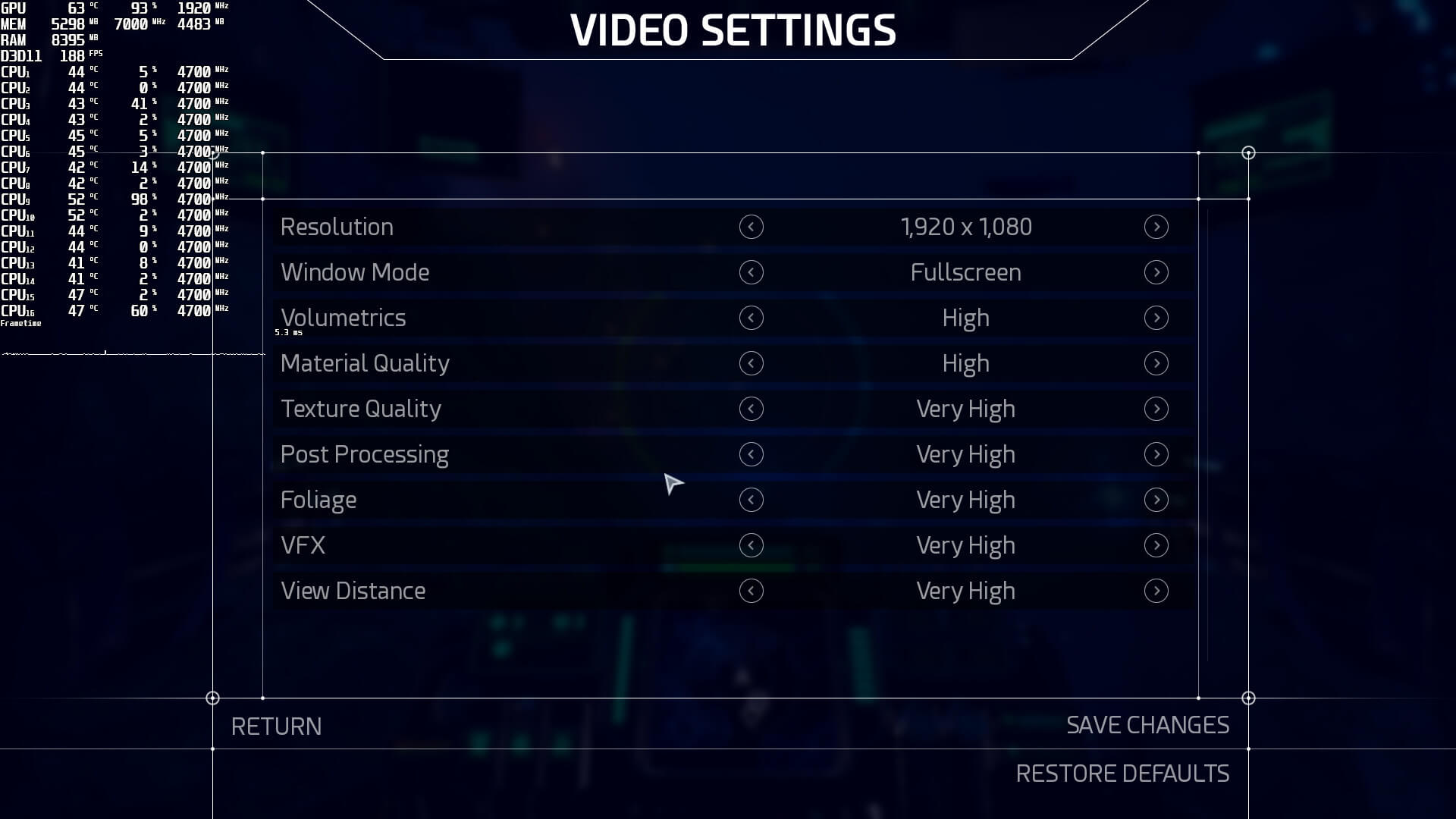 In order to find out how the game scales on multiple CPU threads, we simulated a dual-core, a quad-core and a hexa-core CPU. Similar to other Unreal Engine 4 games, Aquanox Deep Descent does not require a high-end CPU. With Hyper Threading enabled, our simulated dual-core system was able to run the game with more than 100fps at 1080p/Very High settings. The game was unplayable on that same system when we disabled Hyper Threading, though, due to severe stuttering issues. Additionally, the game performed better on our other PC systems when Hyper Threading was de-activated. 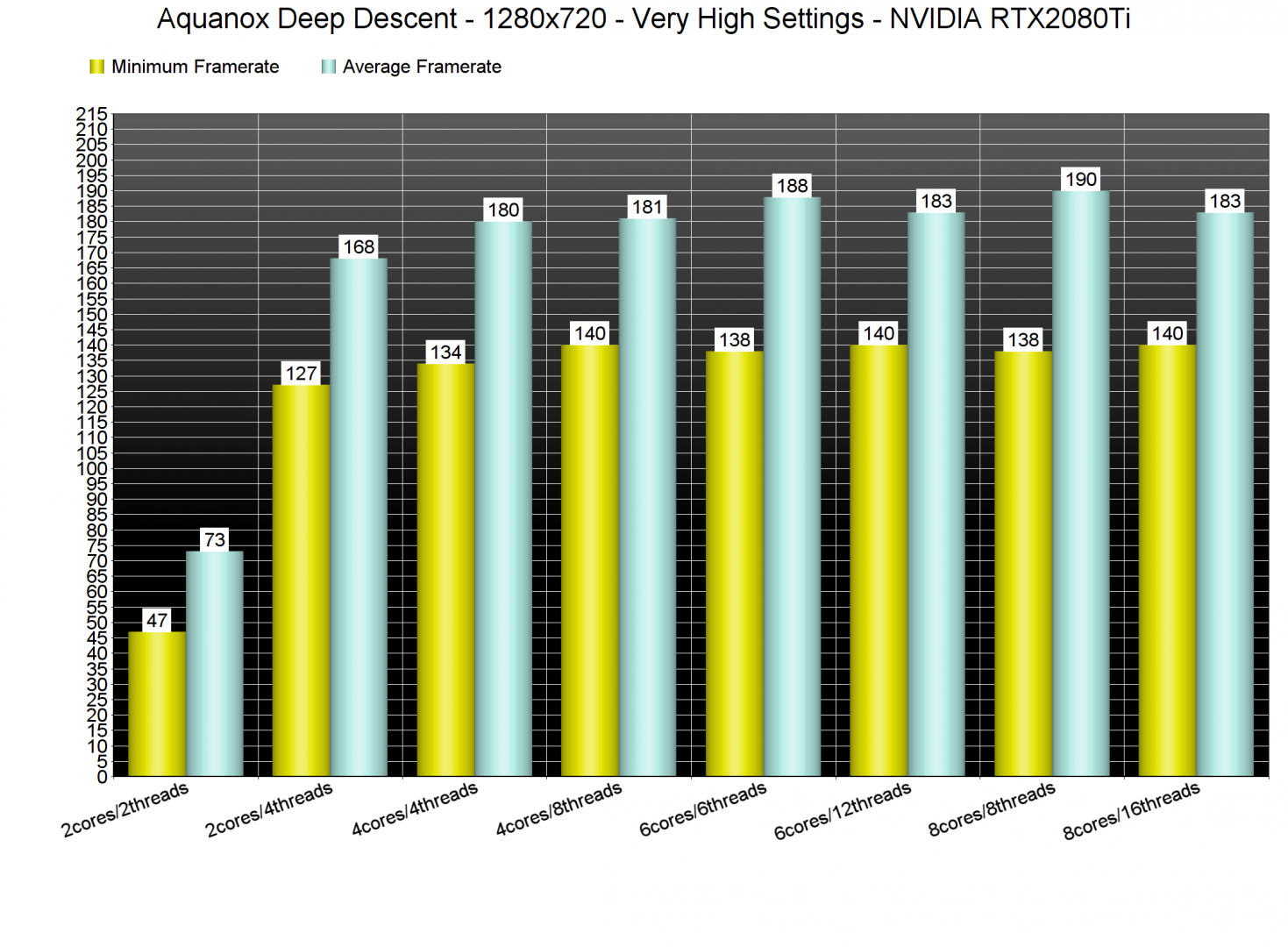 Our older generation Intel i7 4930K CPU was also able to run Aquanox Deep Descent smoothly. While there is a big performance difference between the i7 4930K and the i9 9900K, we were still able to get a constant 60fps experience. 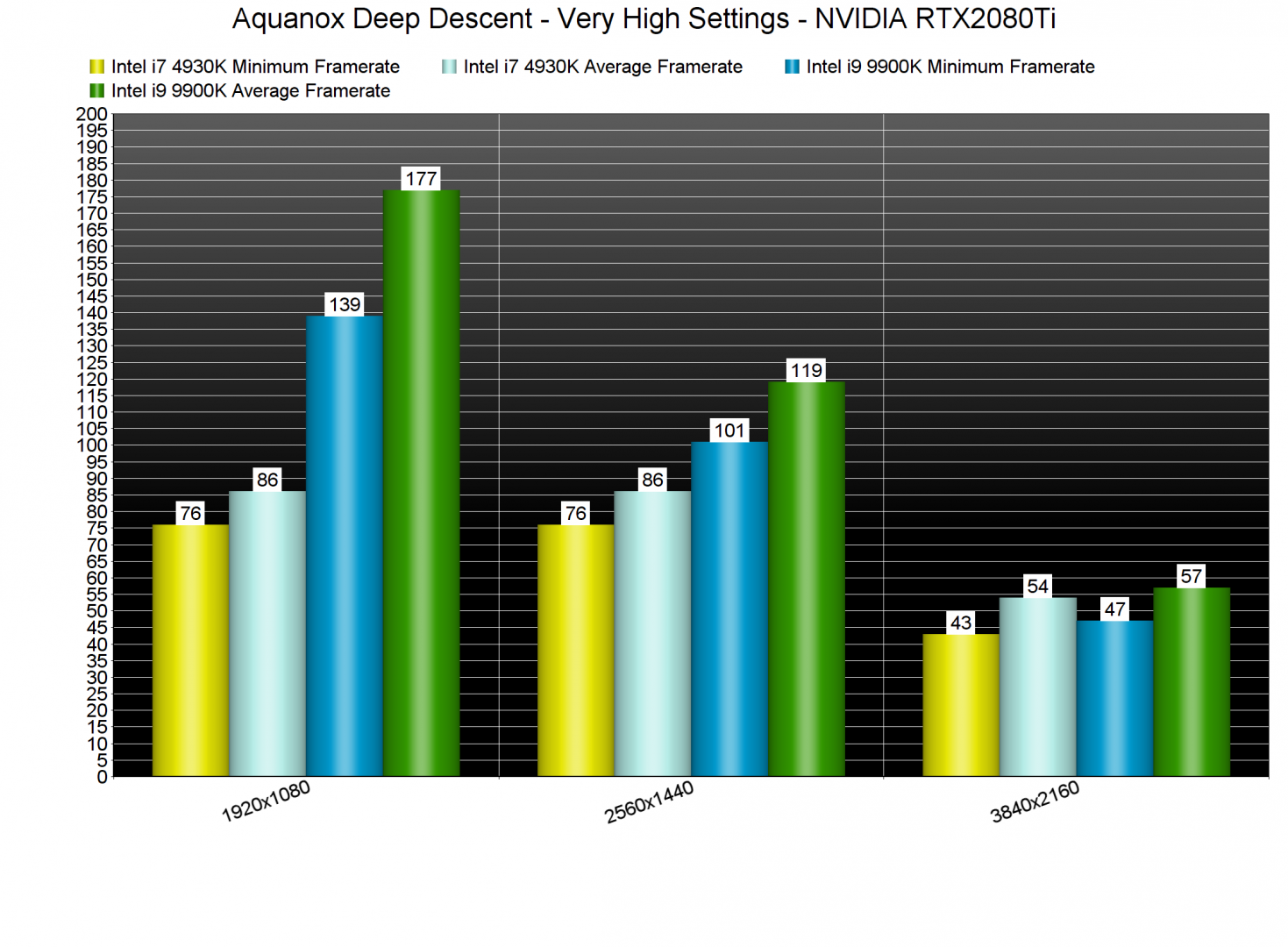 Now while Aquanox Deep Descent does not require a high-end CPU, it certainly requires a powerful GPU. Our AMD Radeon RX580 was simply unable to offer a 60fps experience at 1080p/Very High settings. 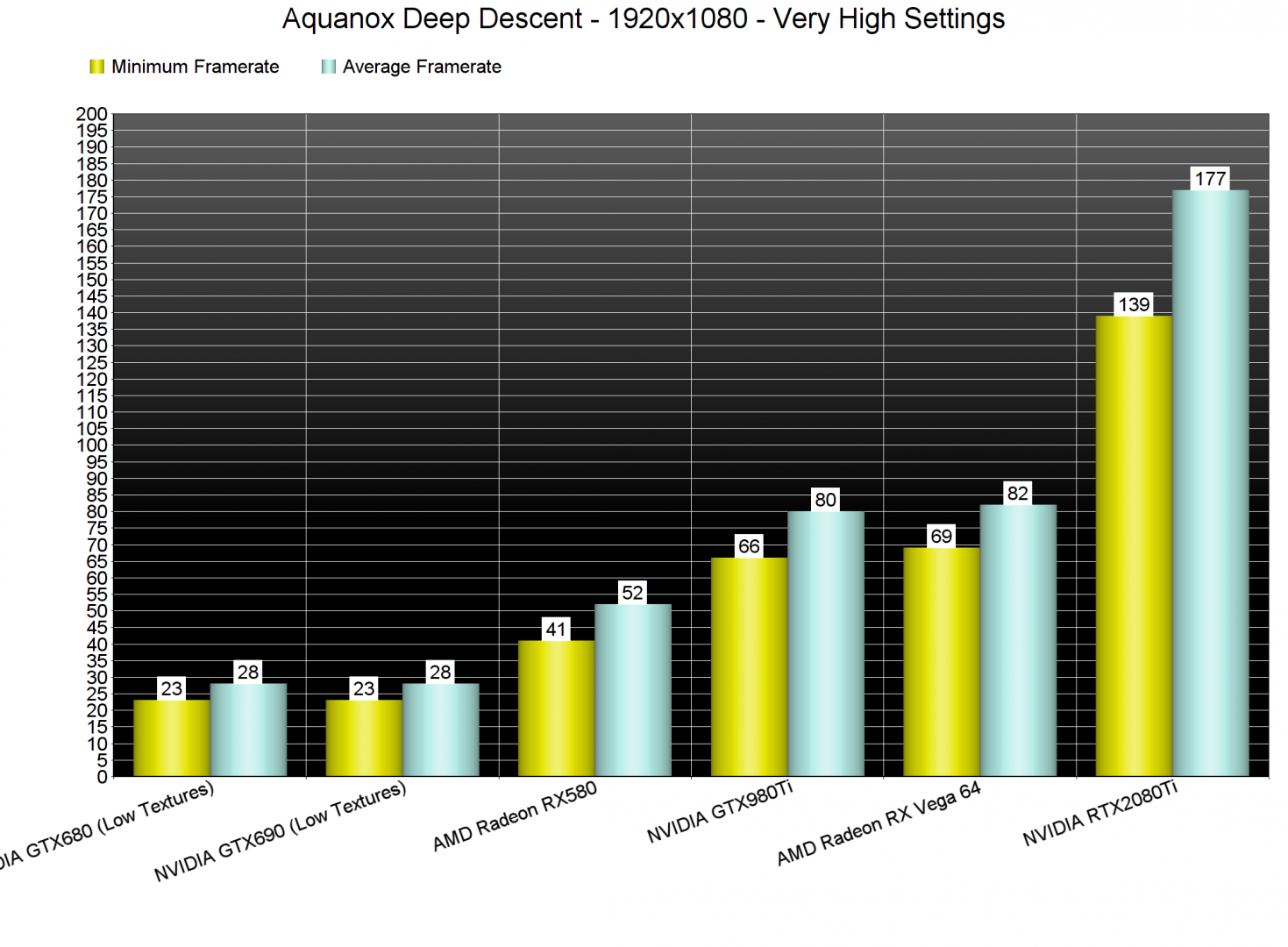 Not only that, but Aquanox Deep Descent is yet another Unreal Engine 4 game in which the GTX980Ti was able to surpass the RX Vega 64. While the performance gap at 1080p is small, we can see the GTX980Ti pulling ahead at 1440p and 4K. Furthermore, our RTX2080Ti was unable to, once again, offer a smooth gaming experience at 4K/Very High settings. Do note that we’ve used one of the most GPU-heavy scenes we could find in the game. This means that the RTX2080Ti can run other scenes with more than 70fps in 4K/Very High settings. 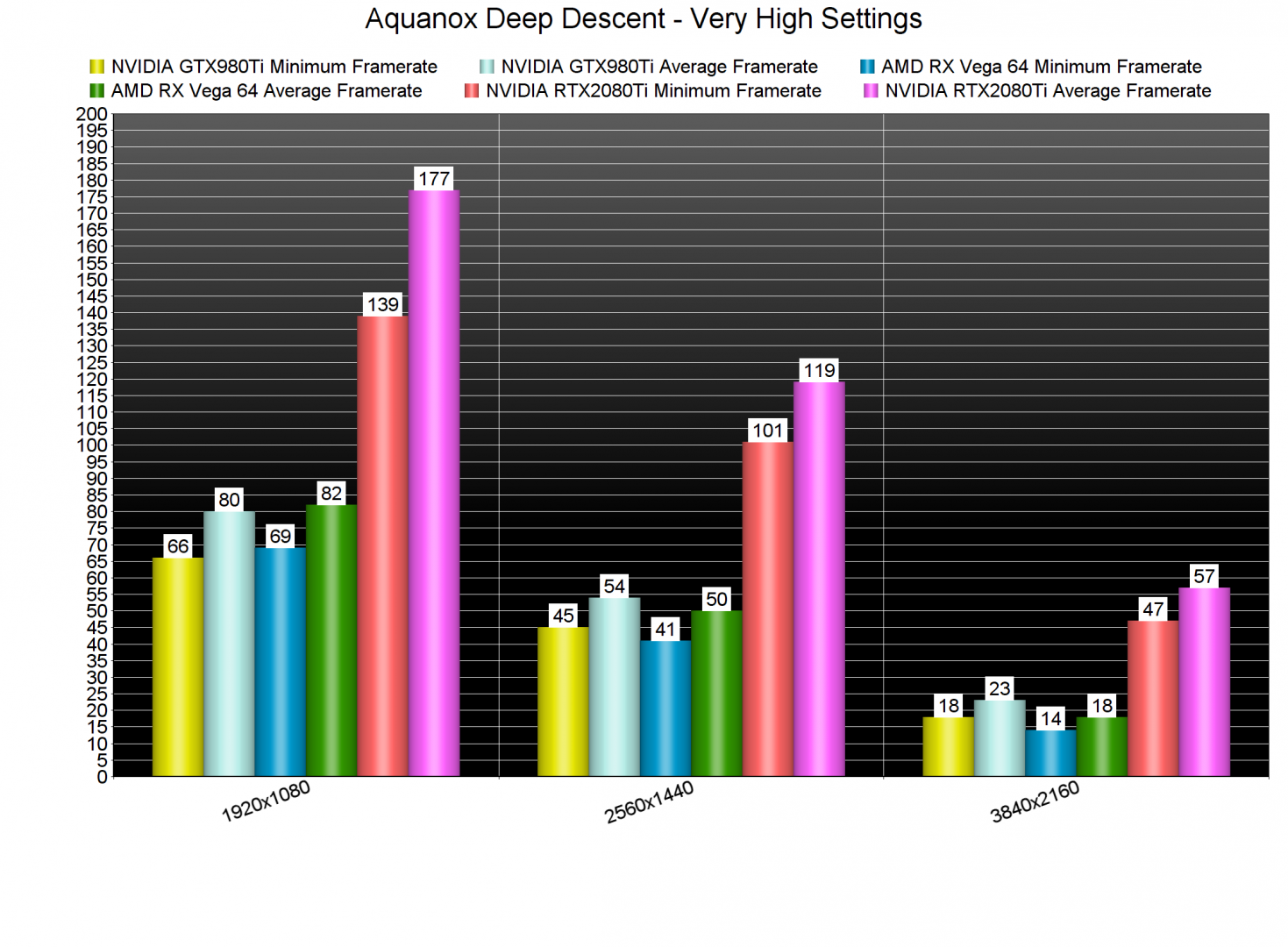 Graphics-wise, Aquanox Deep Descent is one of the best first-person underwater games. Digital Arrow has used a lot of high-resolution textures, so kudos to it. Moreover, the game packs some amazing lighting effects, as well as some cool underwater effects. For comparison purposes, Aquanox Deep Descent looks noticeably better than both Maneater or Beyond Blue. It’s not perfect (I’d really love to see beefier explosions than what the game currently offers). However, it’s definitely better than what I was originally expecting to see.

In conclusion, Aquanox Deep Descent is a pleasant surprise on the PC. The game does not require a high-end CPU, and its visuals somehow justify its high GPU requirements. Following Ghostrunner, though, this is yet another Unreal Engine 4 game that underperforms on AMD’s hardware. However, we should be blaming AMD for this and not the game’s developers. We should also note that we did not experience any stability issues. So yeah, while it’s not perfect, Aquanox Deep Descent runs pretty great on the PC.