Well, we kind of saw that coming. Back when Gearbox and SEGA showcased Aliens: Colonial Marines, we were worried about its direction. Everyone was expecting Aliens: Colonial Marines to rule their world and instead of that, they got a big letdown. In fact, here is what we wrote back in December: “I seriously hope that this new Aliens game will surprise me pleasantly, though I’m a bit disappointed from what I’ve already seen”. We could bash this new Aliens game, but then again this is not a Review for Gearbox’s title. Though to be honest, its gameplay mechanics are similar to those of other FPS titles, so it’s kind of bizarre witnessing websites and magazines bringing the hammer down on this Aliens game, when they have been enjoying this type of games and have been giving high scores to such titles this whole time. But anyway, let’s see how Aliens: Colonial Marines performs on the PC platform.

Aliens: Colonial Marines is powered by Unreal Engine 3 and is DX9 only. Or at least we did not see any DX11 option on the limited graphical options. PC gamers can tweak the Texture, World and Shadow Details, can enable or disable FXAA and there is a Field Of View slider to adjust. And that is all. Naturally you can select your resolution, whether you want your game to be V-Synced and whether you want to run the game in Window or Fullscreen mode. Overall, the available graphical options are limited and are a far cry from those that were present in Borderlands 2. It’s ironic that Gearbox did not provide what they have offered in the past and no, that has nothing to do with TimeGate Studios. 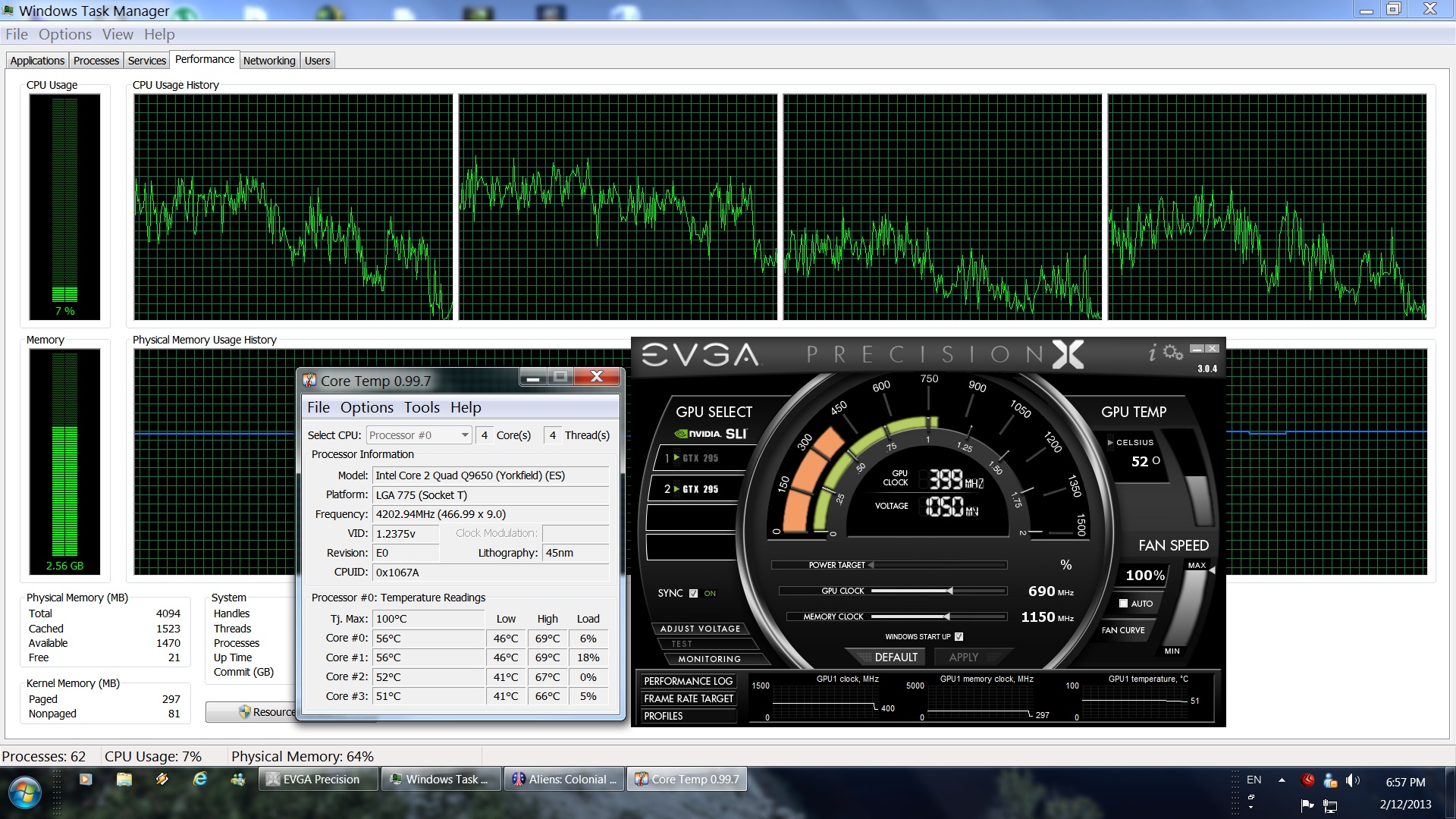 Aliens Colonial Marines won’t stress mid-range or high-end PC configurations. As always, we used an overclocked Q9650 (4.2Ghz) with an Nvidia GTX295 (our GTX690 has not arrived yet), 4GB RAM, Windows 7-64bit and the latest version of the GeForce drivers. Nvidia has already included an SLI profile for it, therefore you won’t have to mess around with any third-party tools in order to enable SLI. SLI scaling is good, though there is an FPS limiter to 62 (typical for a lot of Unreal Engine 3 games). As a result of that, our GPU usage was really low (around 30-40%). Imagine that, a 2013 that runs flawlessly on such and old GPU. In fact, the game ran with constant 62fps (at 1080p and with max details) even in Single-GPU mode, meaning that a GTX 275 can easily run this title without encountering any performance issues.

It comes as no surprise that the game scales well on quad-cores as it is powered by Unreal Engine 3. However, Aliens: Colonial Marines did not stress our Q9650 and when we simulated a dual-core CPU, we did not notice any performance hit. This means that Aliens: Colonial Marines can run without issues on relatively old PC systems. Not that there is anything to stress the CPU as the AI is pretty basic and most of the environments are static. Destructibility and interactivity is limited, and the game’s environments feel so old-gen compared to what we’re used to these days. Of course this is due to the game’s multi-platform nature however we are pretty sure that current-gen consoles can do more than what we’re witnessing here. 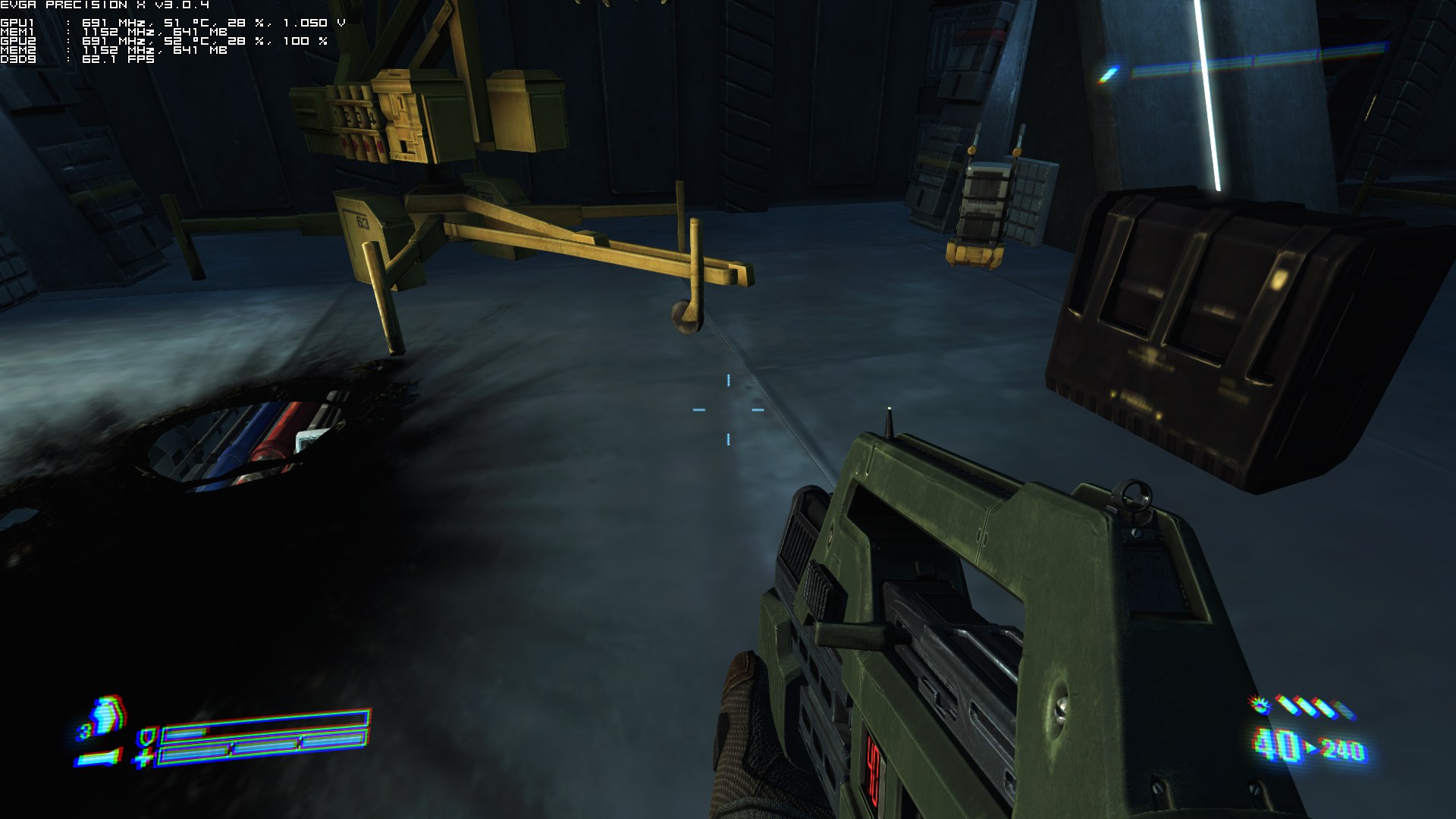 Graphics wise, Aliens: Colonial Marines looks bad. There are a lot of low-resolution textures everywhere and the level design could be better. Player’s flashlight does not cast dynamic shadows, there are a lot of pre-baked shadows that can be noticed when you use your flashlight, and we could not notice any AO effects while playing – even though Ambient Occlusion was enabled in the game’s .ini file. In fact, we took some screenshots (like the shot above) to showcase the absence of ambient occlusion, so either Gearbox did not enable it or there is a bug with it. Here is hoping that Nvidia users will find a working AO bit to force it via Nvidia’s Inspector Tool. We are pretty sure that we can make Aliens: Colonial Marines look good with the SweetFX mod, so stay tuned for a comparison between the vanilla and the SweetFX versions.

All in all, Aliens: Colonial Marines performs great on the PC platform and does not suffer from any mouse smoothing side-effects. Despite the limited graphical options, Gearbox has added a FOV slider, and the game does not require a high-end PC to shine. On the other hand, though, the game looks average at best. Yes, due to the higher framerate and resolution, Aliens: Colonial Marines looks better on the PC than on consoles. However, the overall image quality is not up to what we were expecting from this Aliens game. It’s a big letdown graphically, and that’s precisely why the game will run exceptionally well on low and mid range PCs. 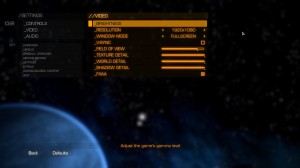 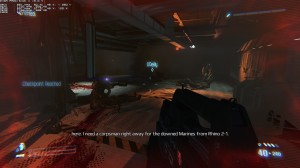 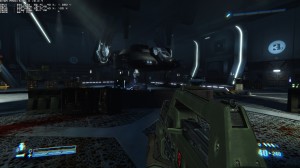 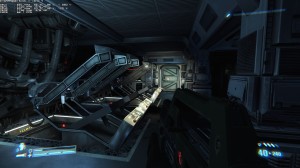 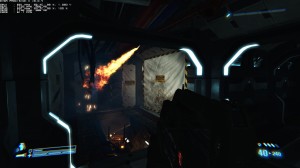 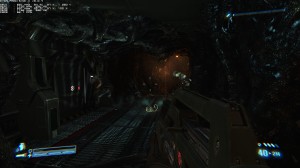 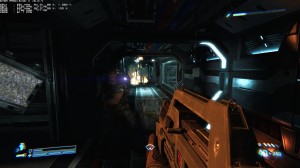 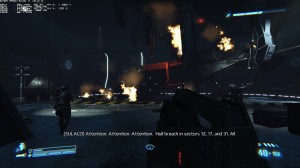 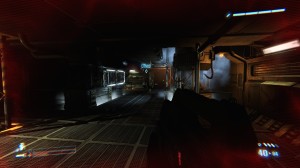 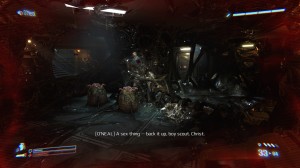