Agony is a new first-person, survival horror set in Hell in which players will begin their journey as a tormented soul within the depths of Hell, without any memories about their past. The game is powered by Unreal Engine 4 so it’s time now to benchmark it and see how it performs on the PC platform. 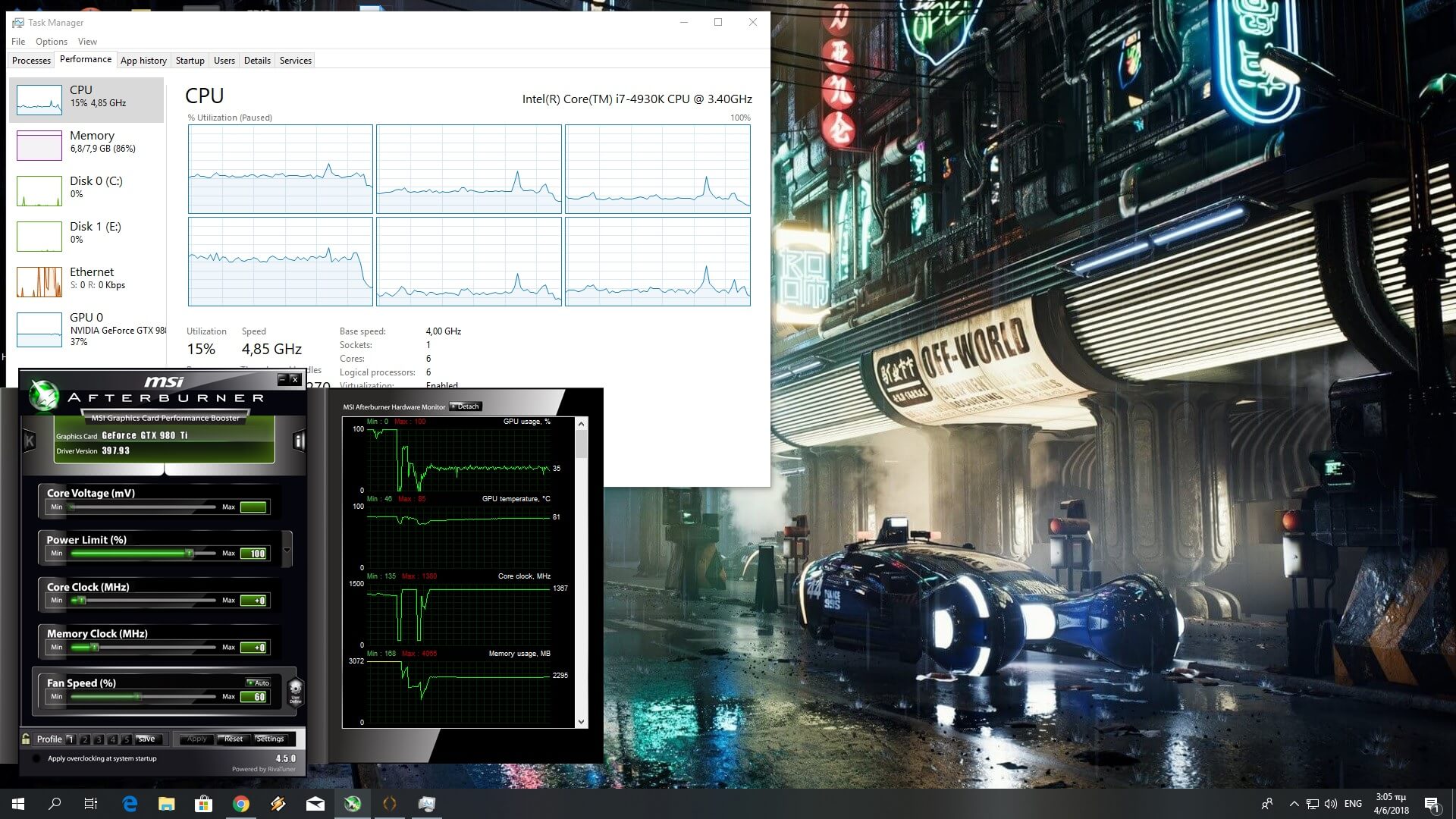 For this PC Performance Analysis, we used an Intel i7 4930K (overclocked at 4.2Ghz) with 8GB RAM, AMD’s Radeon RX580 and RX Vega 64, NVIDIA’s GTX980Ti and GTX690, Windows 10 64-bit and the latest version of the GeForce and Catalyst drivers. NVIDIA has not included any SLI profile for this game, you can enable SLI support via the NVIDIA Inspector Tool by using the following SLI bits (thanks John Mellinger). Do note that you’ll have to use Low or Medium anti-aliasing so that SLI can work properly. 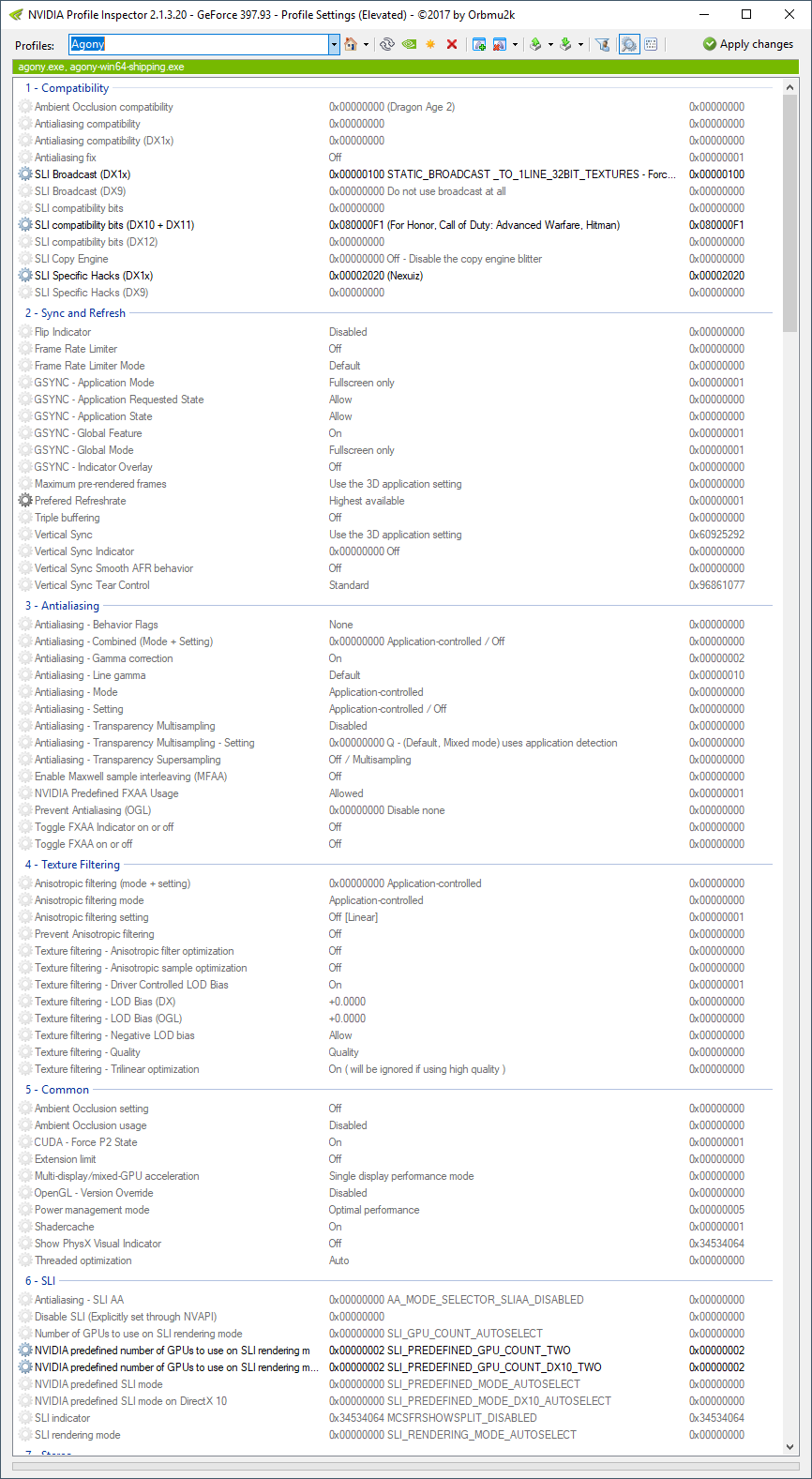 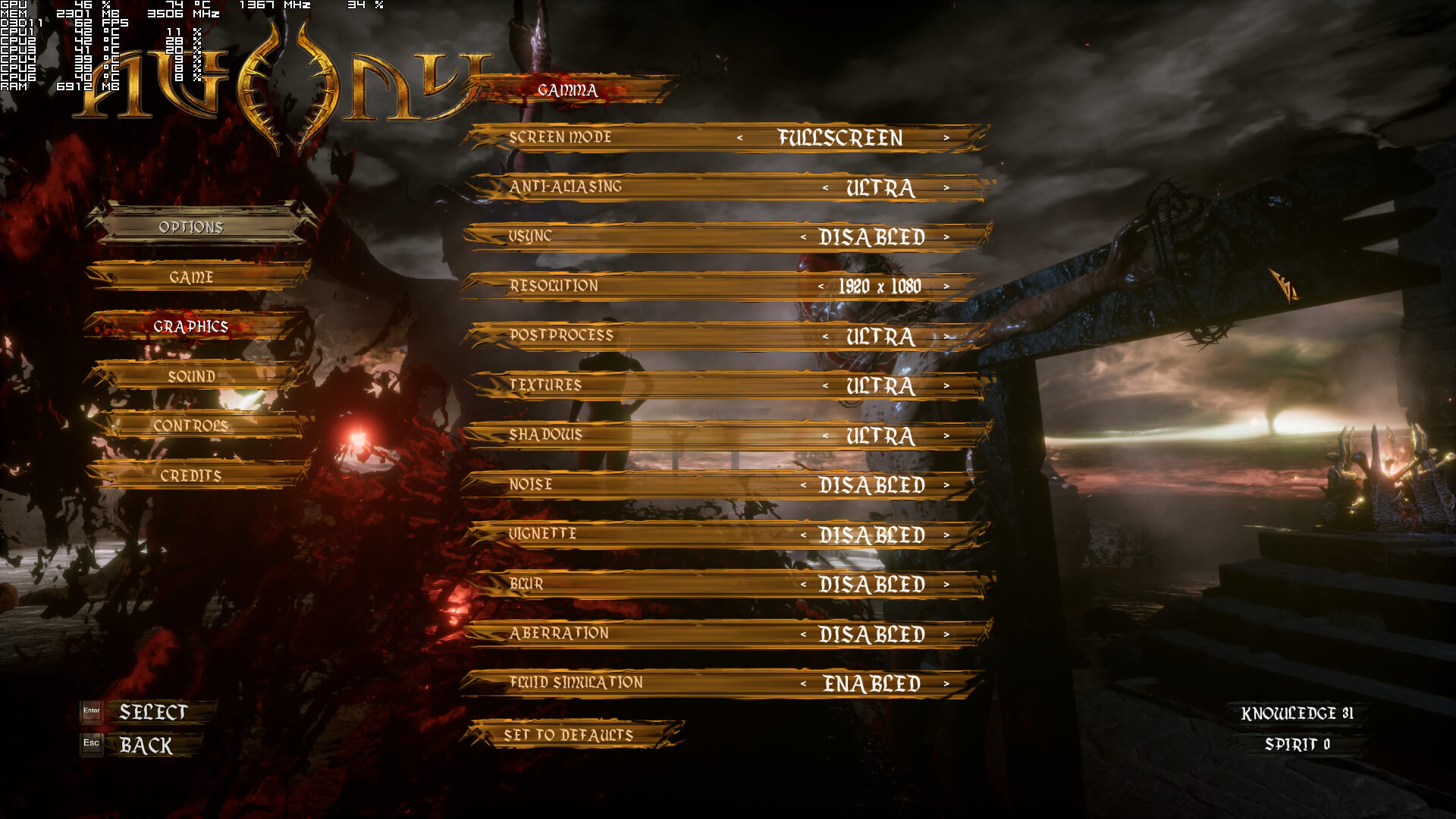 Agony does not require a powerful CPU. In order to find out how the game performs on a variety of CPUs, we simulated a dual-core and a quad-core CPU. And while the game does not scale on more than two CPU threads, it ran silky smooth even on our simulated dual-core system (with Hyper Threading enabled). Without Hyper Threading, we noticed some stutters while exploring the environments. 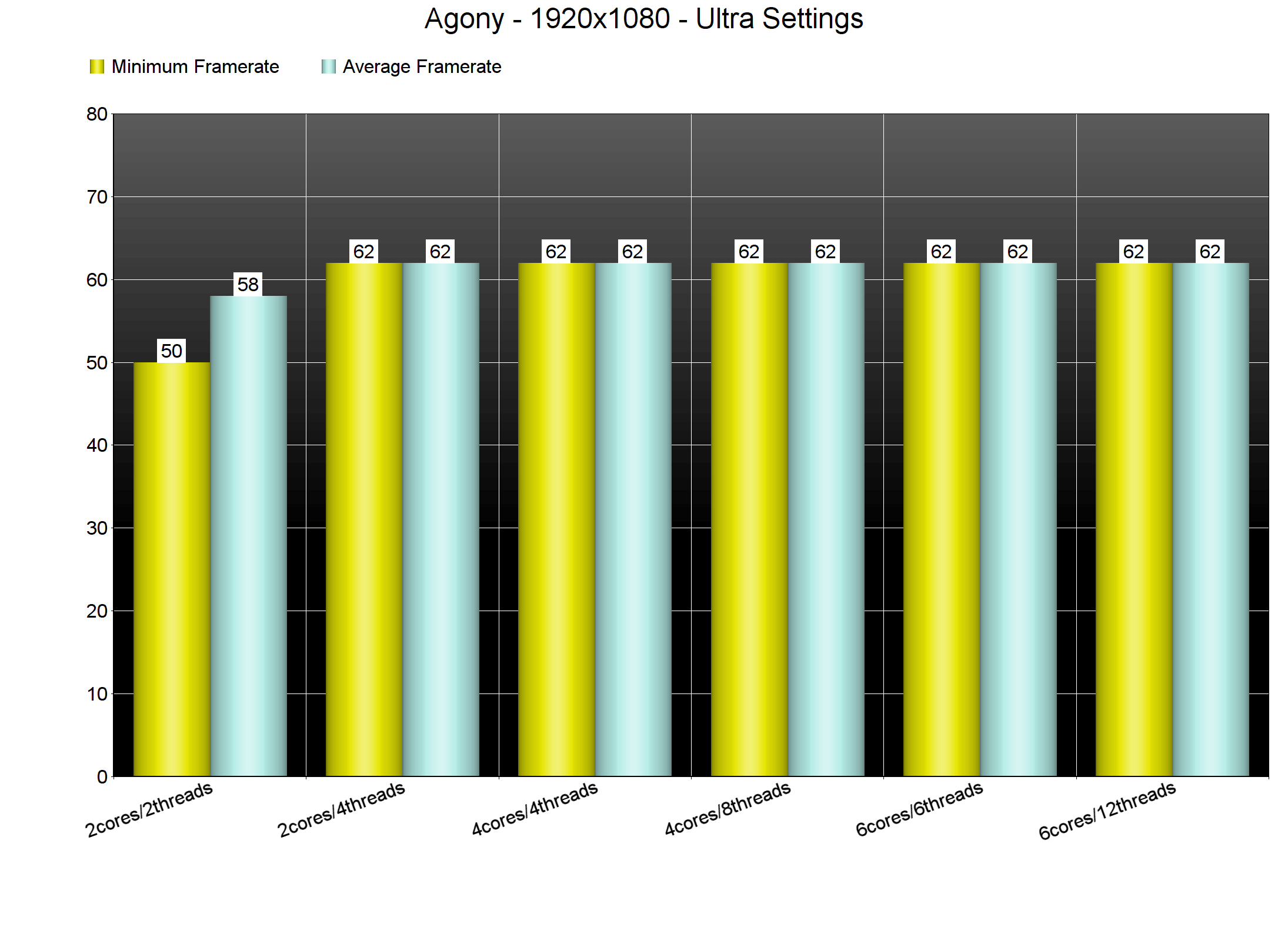 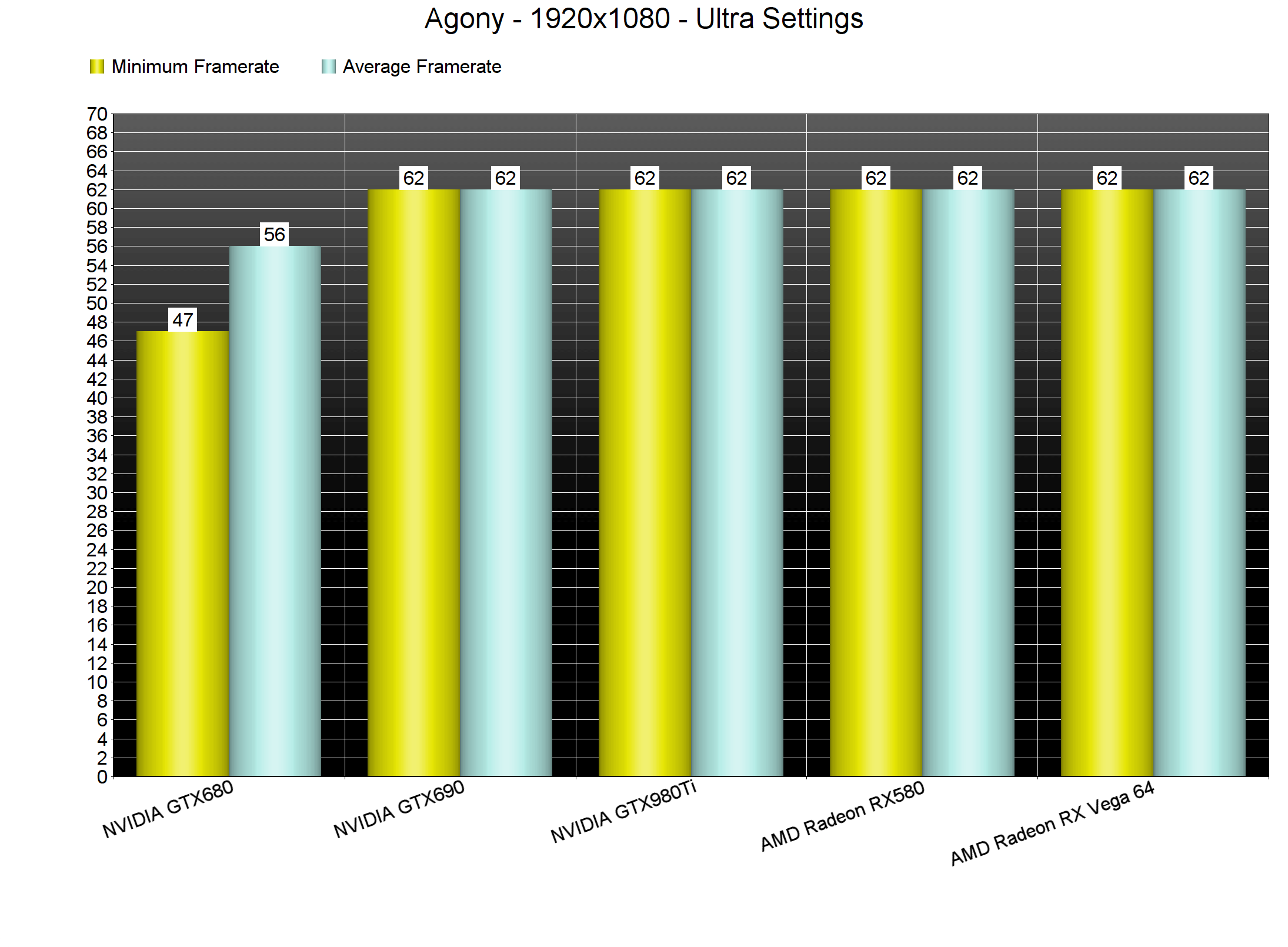 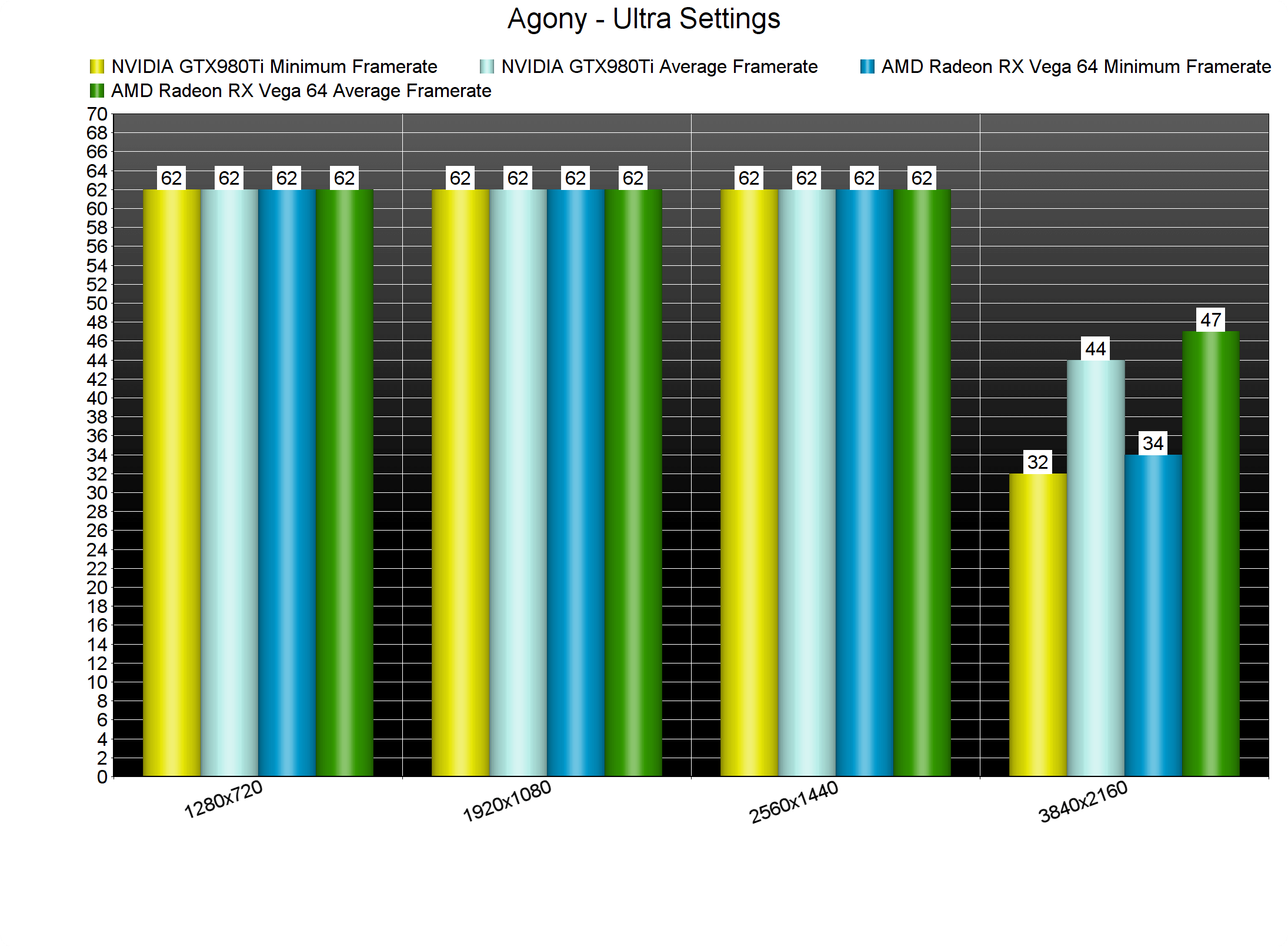 Graphics wise, Agony does not offer anything mind-blowing. The game’s Hell setting is not as disturbing as we were hoping (though there are some “strong” scenes, even after the game’s censorship). There are some cool effects like sun shafts, fire effects and sparking particle effects. However, the overall lighting system is not that wow-ish. There is also a really aggressive LOD system, resulting in noticeable pop-in of objects even on Ultra settings. Agony is definitely pleasing to the eye, however it does not push the graphical boundaries of the Unreal Engine 4-powered games, something that is obvious from its relatively modest GPU requirements.

All in all, Agony works great on the PC platform. We did not experience any mouse acceleration/smoothing issues, there are proper on-screen k+m indicators and the game does not require a high-end PC system in order to be enjoyed (meaning that a wide range of gamers will be able to run it on Ultra settings). The visuals, however, are not that impressive. Of course we should keep in mind that this is a game from a small studio, therefore it can’t obviously challenge the works of Epic, Microsoft, Ubisoft or other triple-A teams. And contrary to Inner Chains, another horror game that was using Unreal Engine 4, it runs without performance issues on modest PC hardware!