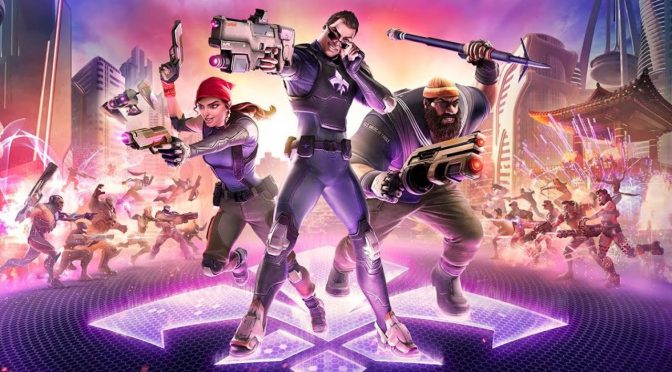 Agents of Mayhem is a new open-world single-player game by Volition. According to the company, the game was developed with an all-new graphics engine developed in-house by Volition with all the technical bells and whistles that players have come to expect from this generation. However, it appears that the game suffers from some optimization issues. 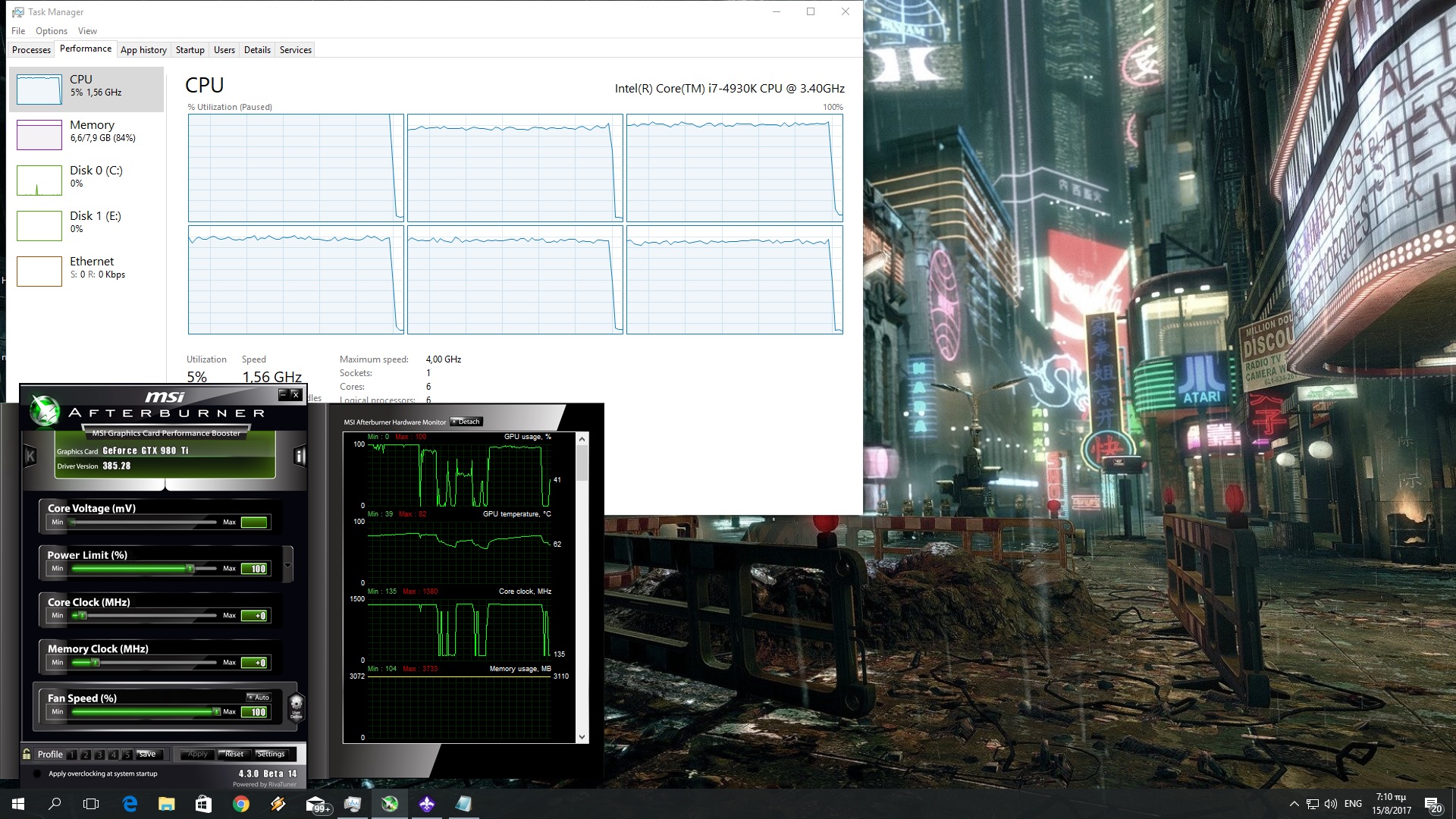 Volition has added a lot of graphics settings to tweak. PC gamers can select their resolution (though we were once again unable to enable 4K resolutions on our 1080p monitors and DSR did not work at all), enable camera shake, cap their framerates if they want to, and enable a colourblind option. Furthermore, you can adjust the quality of scene detail, shadows, god rays, effects, texture cache size, filtering, general reflections, planar reflection, and enable or disable motion blur, depth of field, FXAA, TXAA, Screen Space Reflections, Edge Treatment and HBAO. 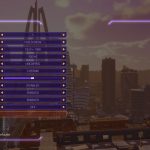 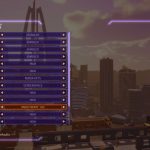 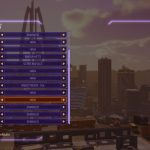 Given its open-world nature, we expected Agents of Mayhem to rely heavily on the CPU. And we were right. In order to find out how the game performs on a variety of CPUs, we simulated a dual-core and a quad-core CPU and as we can see in the previous, the game scaled on all six cores. However, we did not notice any performance differences between our simulated quad-core and our six-core systems.

For our testing purposes, we used the following scene from the game’s open-world area. This area appeared to be one of the most demanding areas and it’s right at the beginning of the game. We also lowered our resolution to 720p and our settings to High in order to avoid any possible GPU limitation. 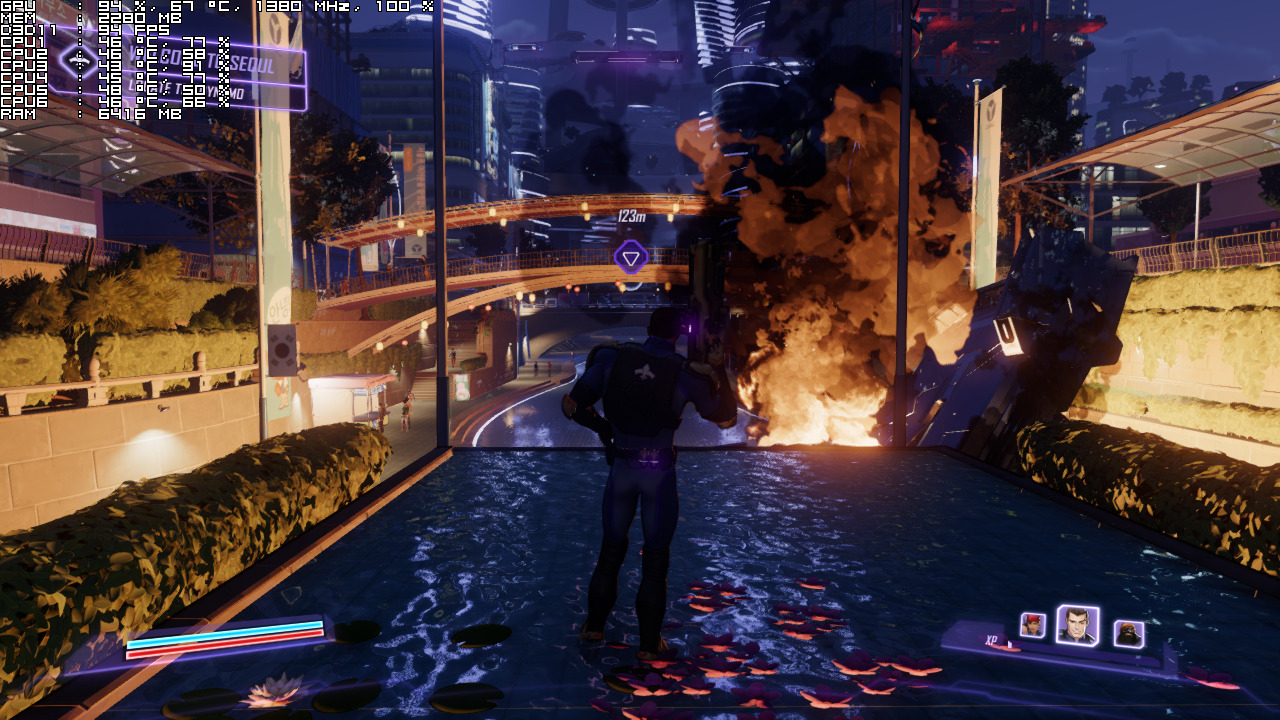 Our simulated dual-core system ran the game with an average framerate of 55fps with Hyper Threading disabled, and with 72fps with Hyper Threading enabled. As such, we strongly suggest owners of modern-day dual-core CPUs to enable Hyper Threading in this particular title. On the other hand, our simulated quad-core and our six-core systems ran the testing area with an average framerate of 92fps (when Hyper Threading was enabled) and with 94fps (when Hyper Threading was disabled). What’s crystal clear here (and as we can see in the screenshot above) is that we were CPU limited as our GPU was not used to its fullest. We don’t know what exactly is going on here, however it’s pretty obvious that the game would benefit from some additional optimization tweaks. 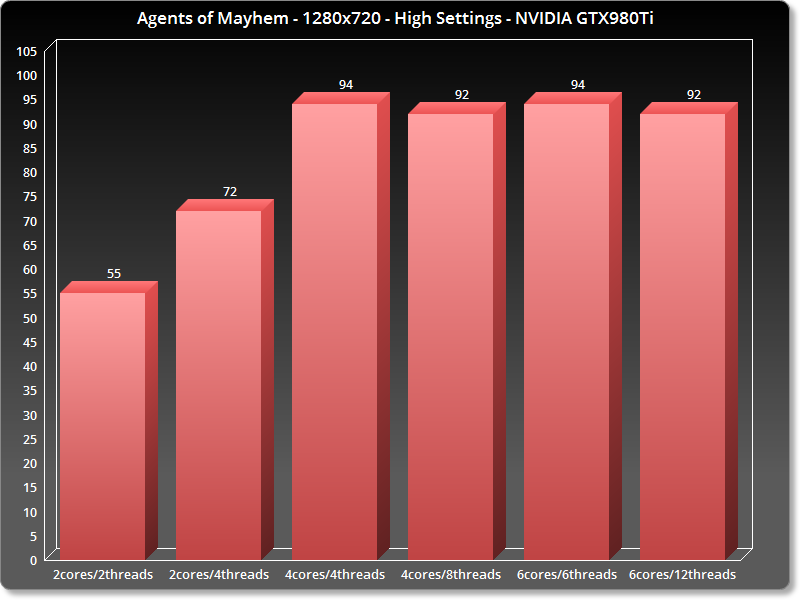 Surprisingly enough, Agents of Mayhem requires a top of the line GPU in order to be enjoyed. The game comes with four presets: Low, Medium, High and Ultra. On Ultra settings, our GTX980Ti was simply unable to provide a constant 60fps experience at 1080p. In order to come close to that goal, we had to completely remove some NVIDIA graphics effects (Sun Shadows and God Rays) and lower the Planar Reflection setting to Normal. With these custom Ultra settings, the game ran with an average of 73fps and a minimum of 53fps on our GTX980Ti. Still not locked 60fps, so those seeking for a locked 60fps experience – no matter what is happening on screen – will have to lower more options or use the game’s High preset. As for the Radeon RX580… well… things are not looking that good for AMD’s GPU on Ultra settings. The AMD Radeon RX580 was able to run the game with an average of 53fps and a minimum of 33fps. In order to get an almost 60fps experience, we had to lower our settings to High. 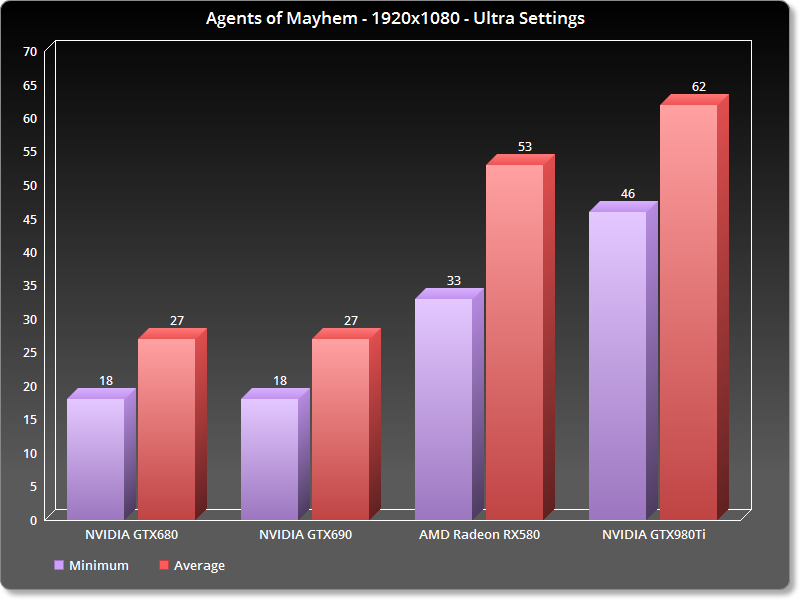 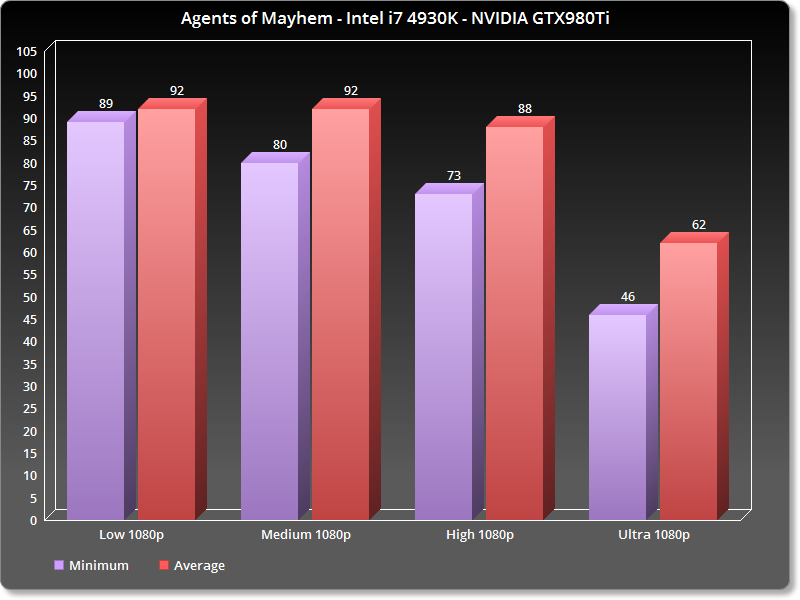 In case you did not notice, Agents of Mayhem is one of the most demanding titles to date on Ultra settings. Hell, even without NVIDIA’s effects we were still unable to maintain a 60fps experience on our GTX980Ti. And to be honest, the visuals that are on display here do not justify these GPU requirements (at least in our opinion). The game has a lovely cartoon style, the main characters are well designed, there are a lot of explosions, and there are some cool reflection effects. However, the game suffers from pop-in of objects (even on Ultra settings), we did notice some low-res textures, environmental interactivity and overall destruction are limited, and we did not experience anything that wow-ish or next-gen-ish (or anything that could justify these high GPU requirements). 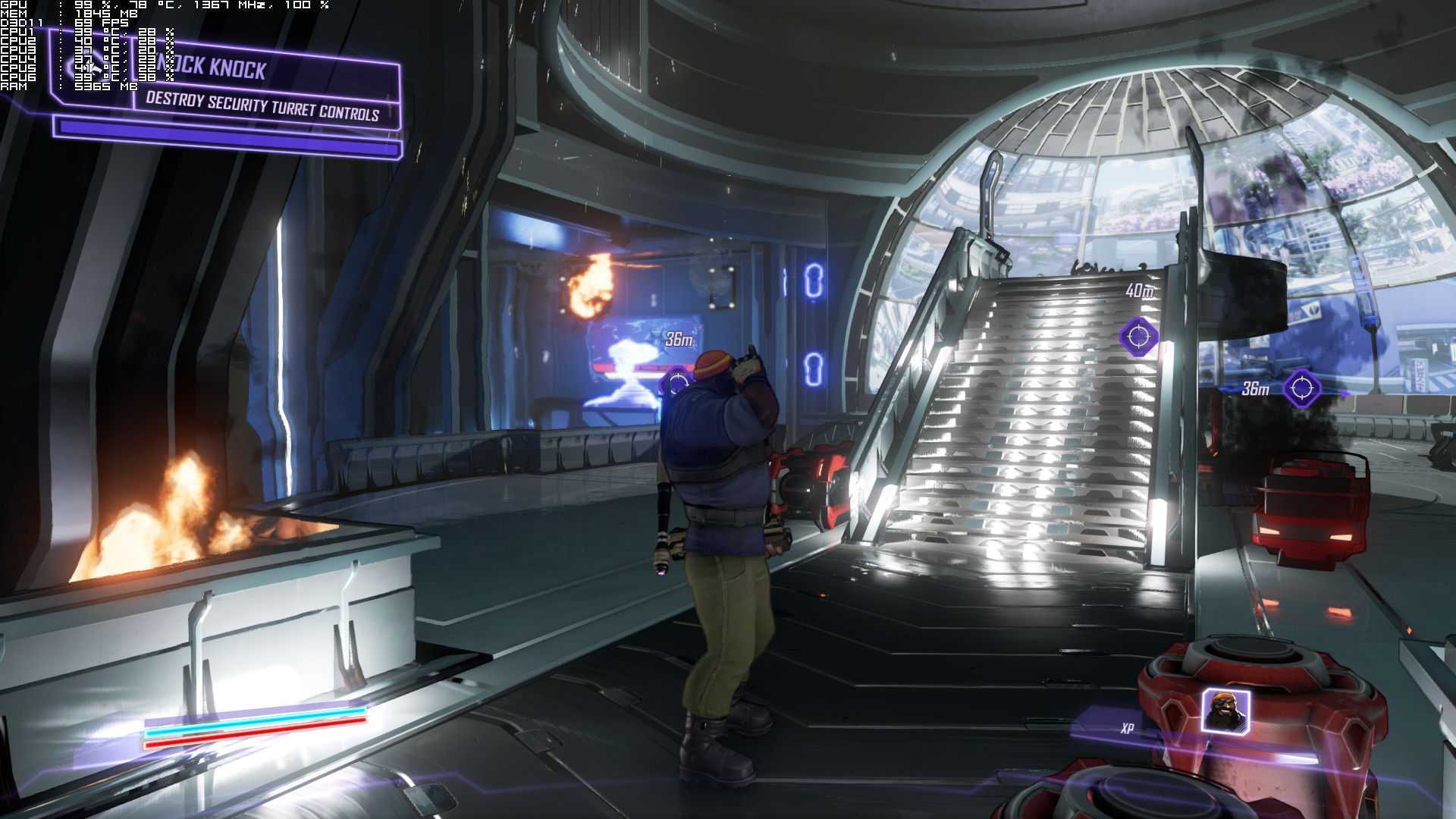 All in all, Agents of Mayhem is a really demanding title that does not justify its ridiculously high GPU requirements on Ultra settings (even without the NVIDIA GameWorks effects). Thankfully, the game does not suffer from any mouse acceleration/smoothing issues, plays wonderfully with the mouse+keyboard, features lots of graphics settings, and on High settings at 1080p the game runs with 60fps on both the AMD Radeon RX580 and the NVIDIA GTX980Ti. Still, we get the feeling that for these visuals the game should be running way, way better. Whether this is something that Volition and/or NVIDIA/AMD will address via post-launch patches and/or new drivers remains to be seen! 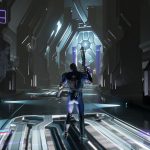 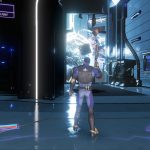 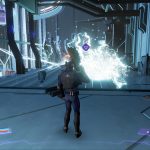 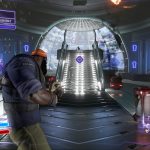 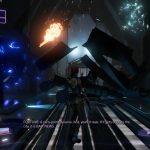 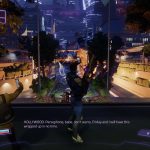 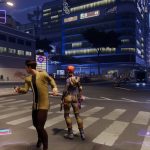 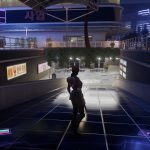 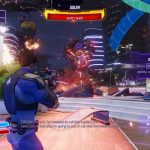 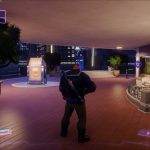 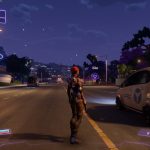 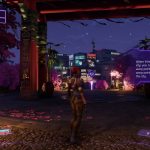 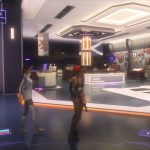