Techland has just released a brand new update for the PC version of Dying Light 2. According to the release notes, Patch 1.0.6 brings various improvements for keyboard and mouse key binding options. Moreover, it adds a walk toggle option, and also allows players to switch between toggle and hold aiming.

It’s also worth noting that this patch fixes blocks resulting in player ending in a deathloop after a co-op session. 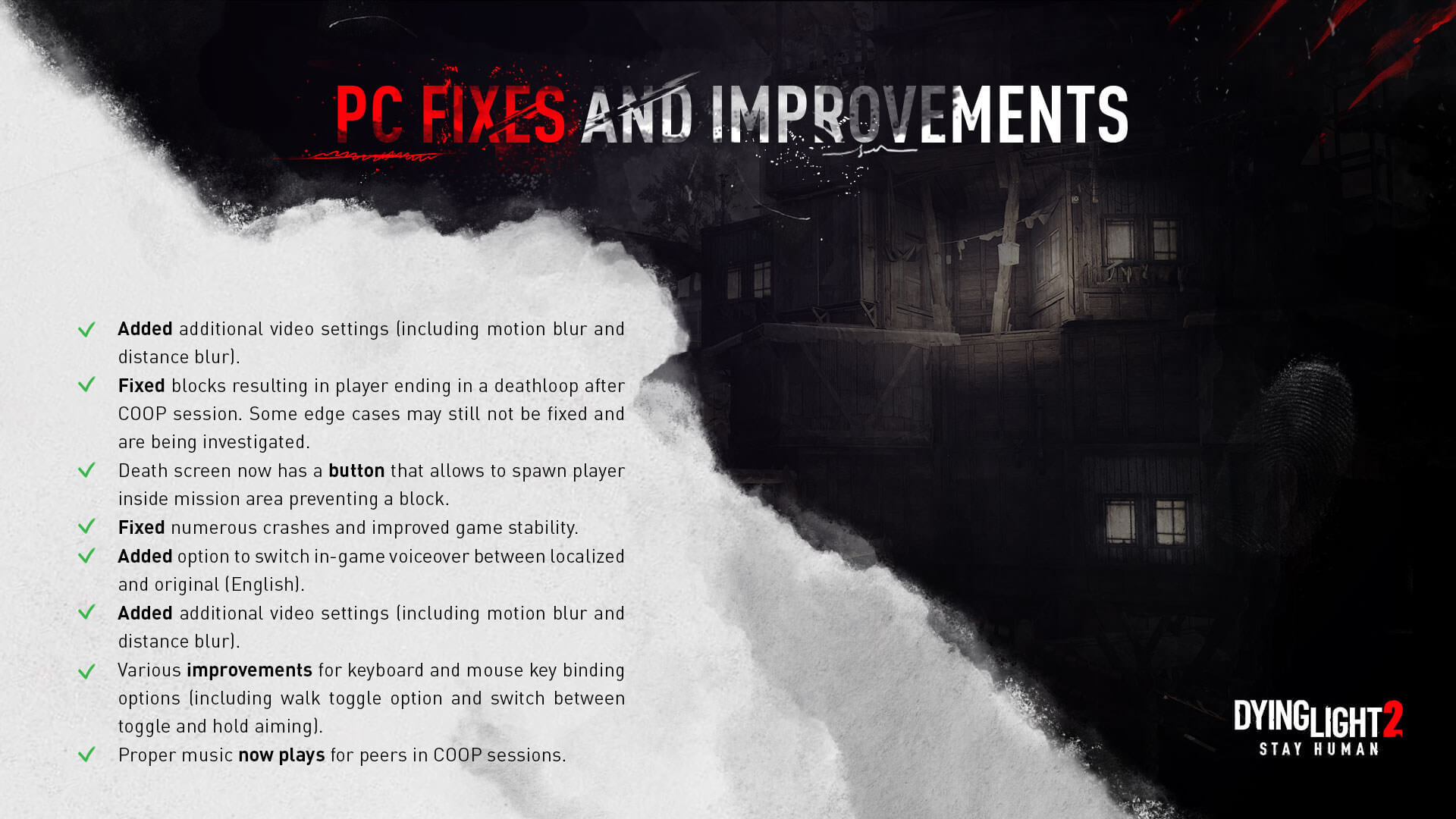