CD Projekt RED has released Patch 1.23 for Cyberpunk 2077. In addition, the team revealed its full release notes, detailing all the improvements, fixes and changes that it has made.

Additionally, it comes with some PC-specific fixes. For instance, it fixes an issue where toggling the Windowed and Fullscreen modes with Alt+Enter made the game appear unresponsive. It also fixes an issue where it wasn’t possible to click the upgrade button while playing with 1280×720 resolution.

As always, Steam, Epic Games Store and GOG Galaxy will download this update the next time you launch their clients. Below you can also find its complete changelog. 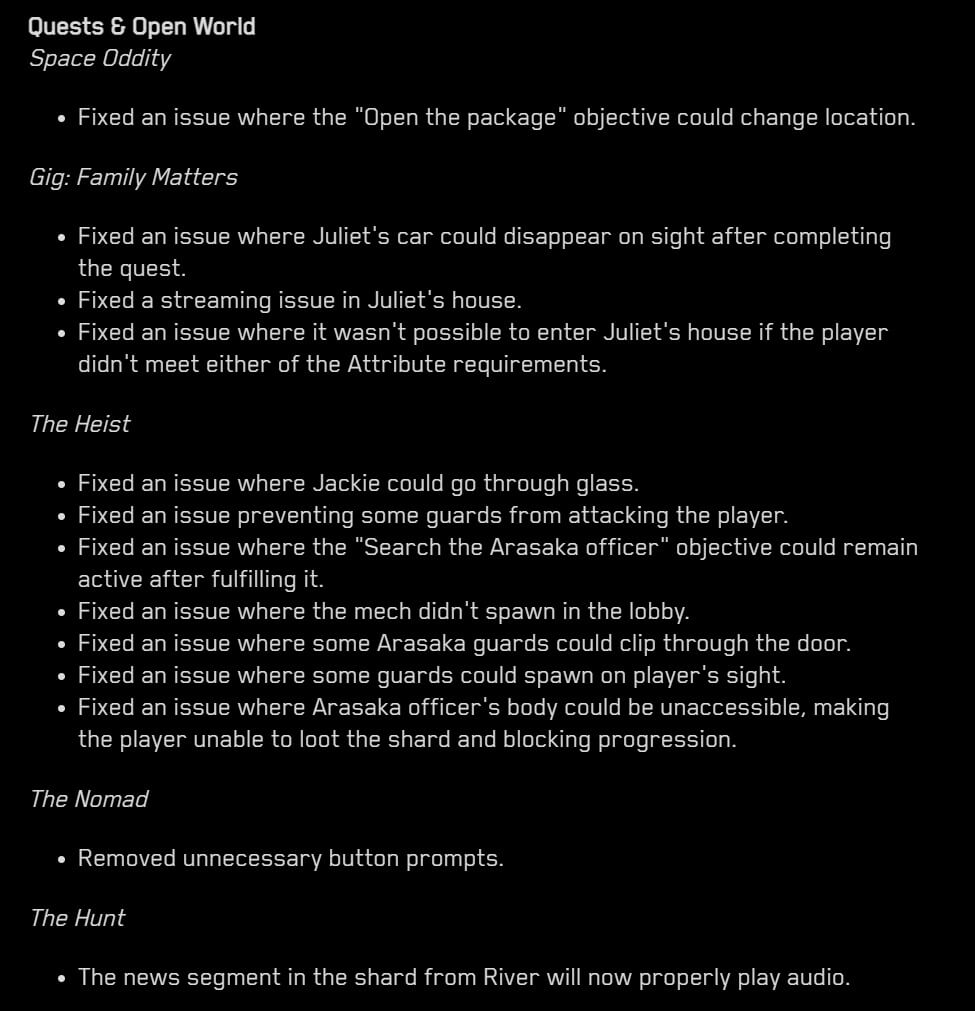 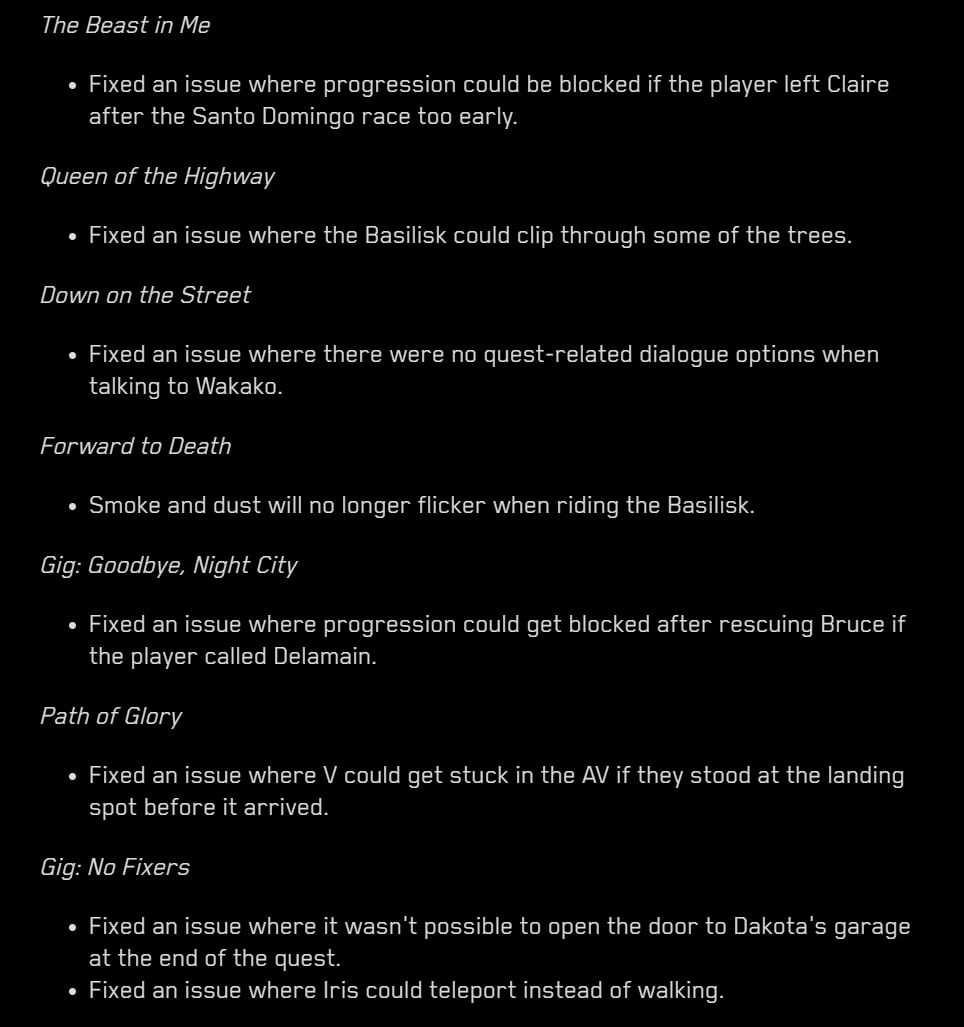 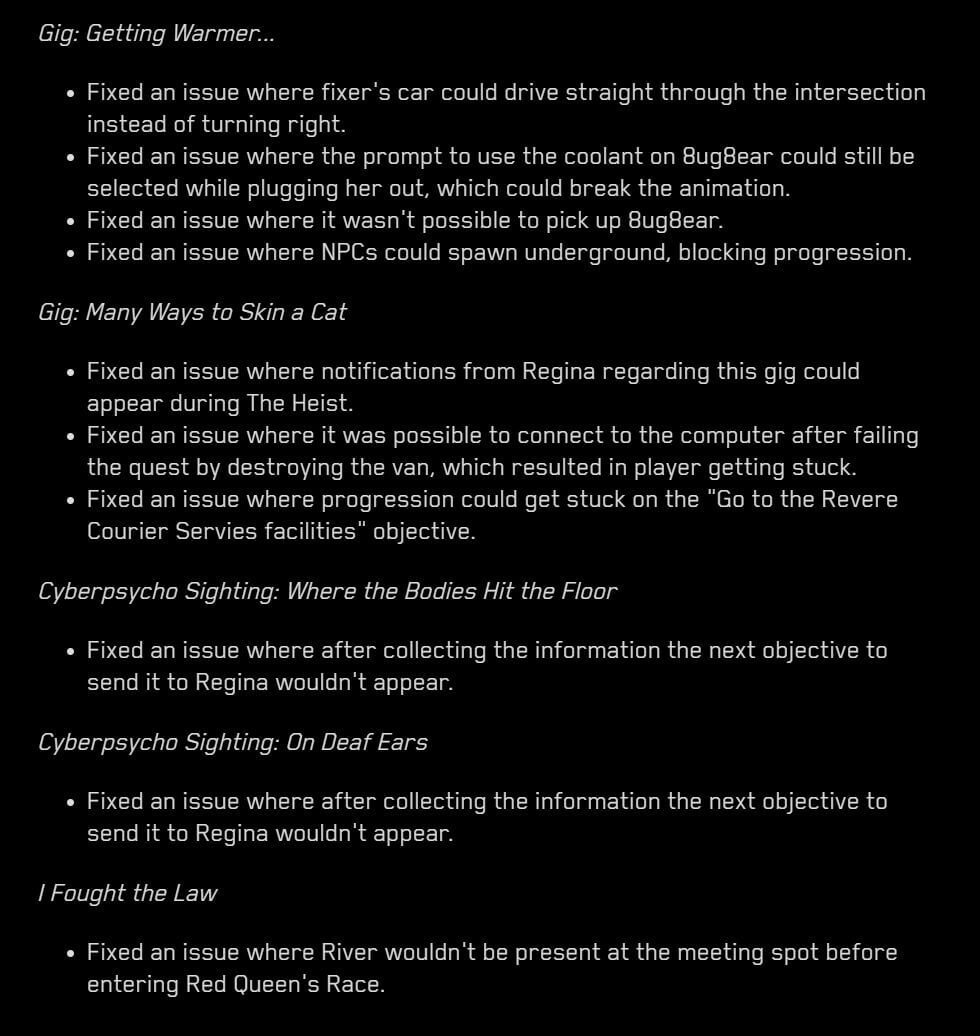 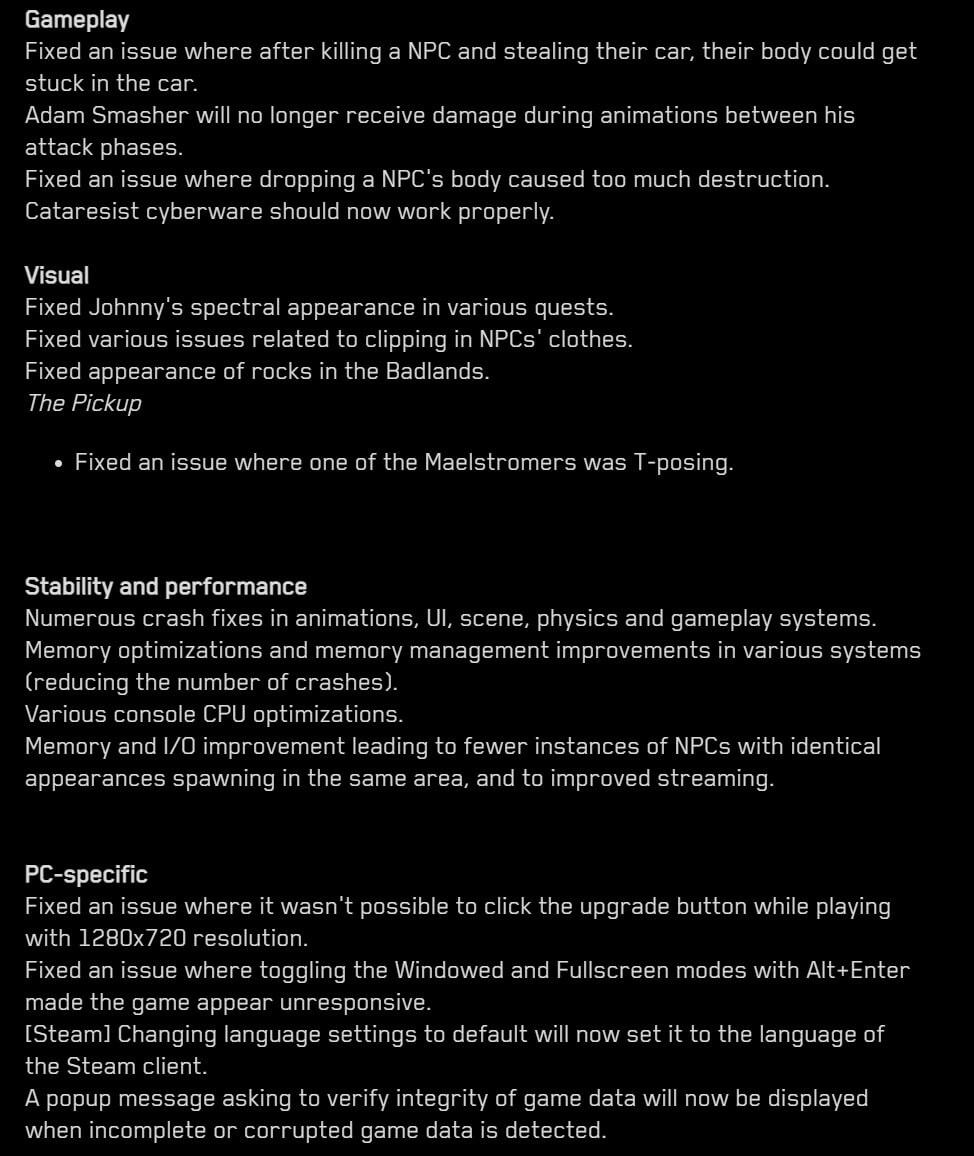