Experiment 101 has released a new major update for Biomutant. According to the team, patch 1.4 edits the dialogues of the game’s early parts to be shorter. Furthermore, it reduces the amount of gibberish spoken before the Narrator starts translating.

Additionally, this patch adds dialogue setting toggles for “Gibberish” and “Narrator” allowing players to select if they want to hear the narrator, the gibberish or both when talking to NPCs. It also removes the text delay animation when either gibberish or narration is disabled.

As we wrote in our PC Performance Analysis, the dialogue was one of the worst parts of the game. Thus, we’re happy to see these tweaks and enhancements.

Not only that, but this update adds “Extreme” difficulty setting, brings a number of combat tweaks and enhancements, and packs some PC-specific fixes.

As always, Steam will download Patch 1.4 the next time you launch its client. Below you can also find its complete changelog. 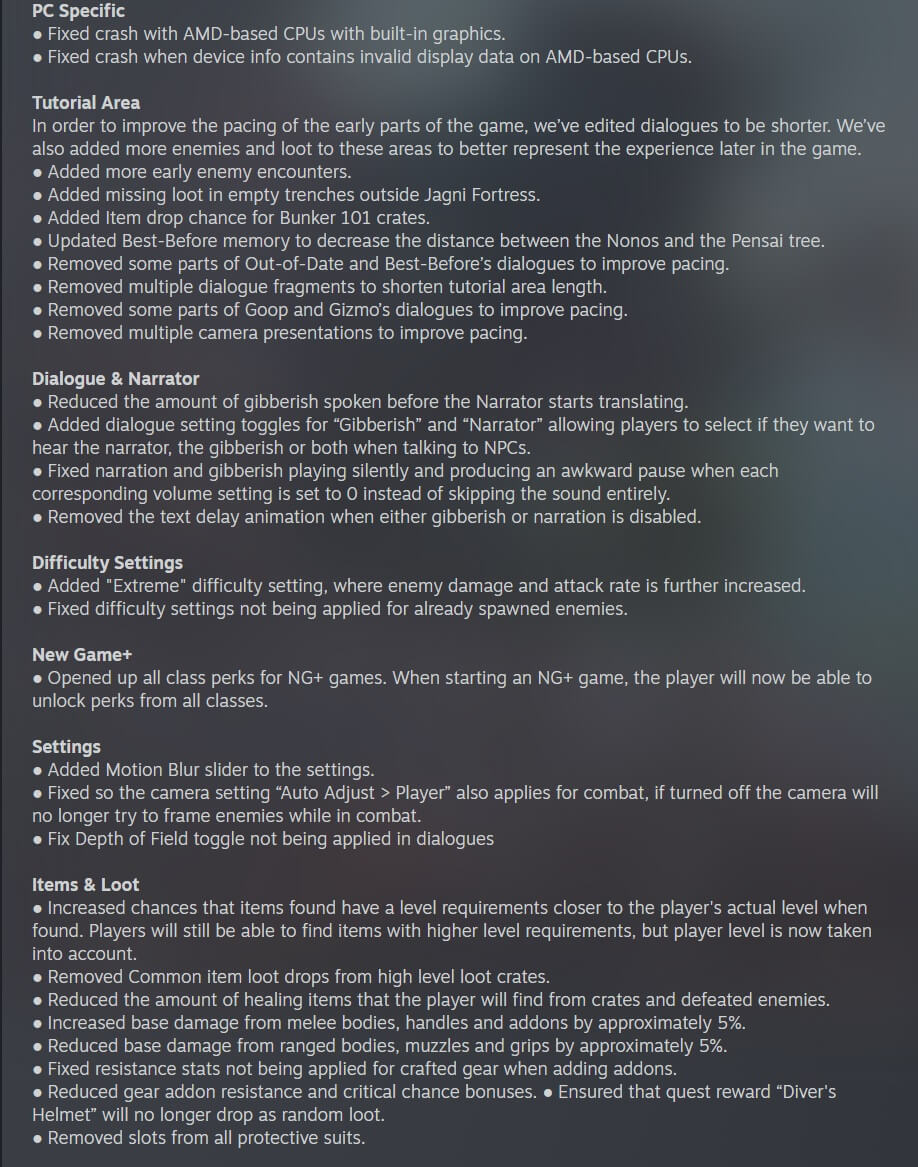 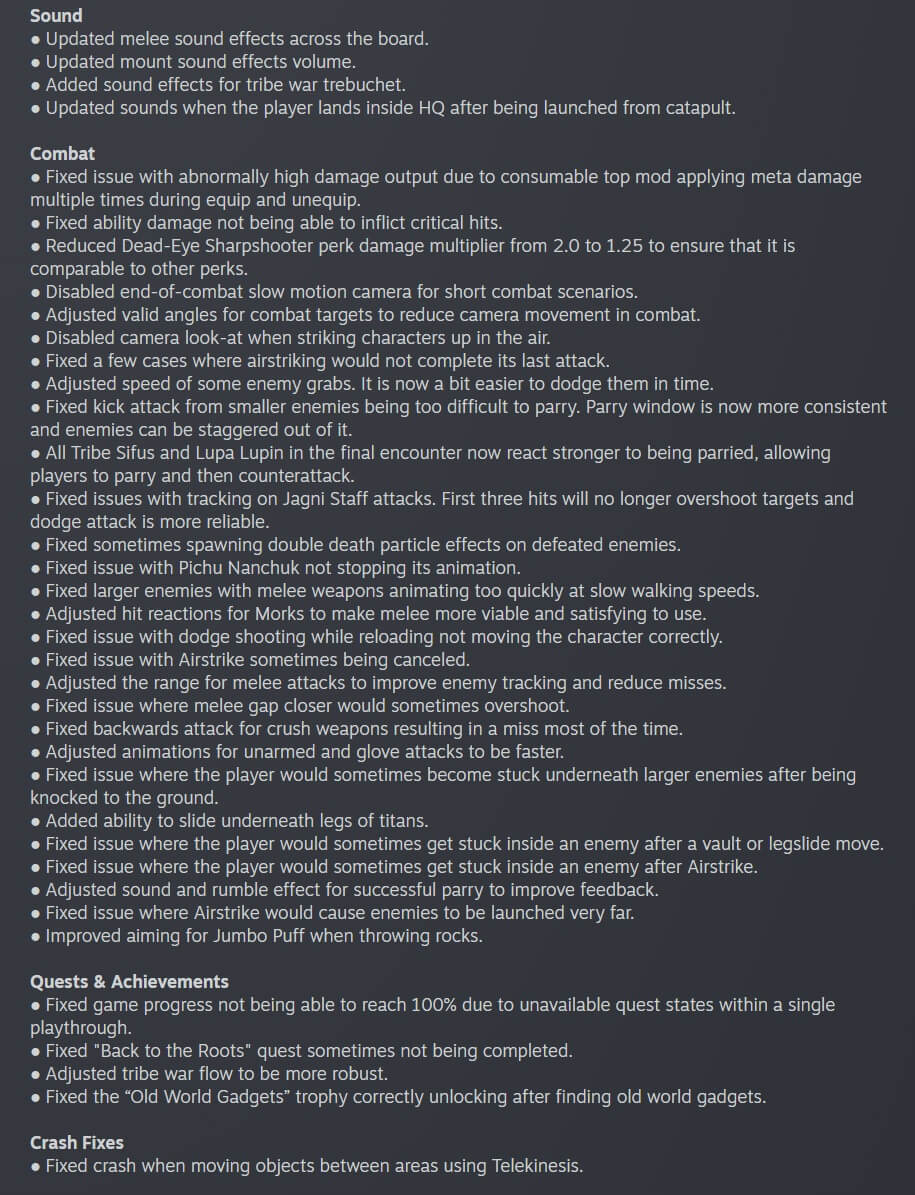 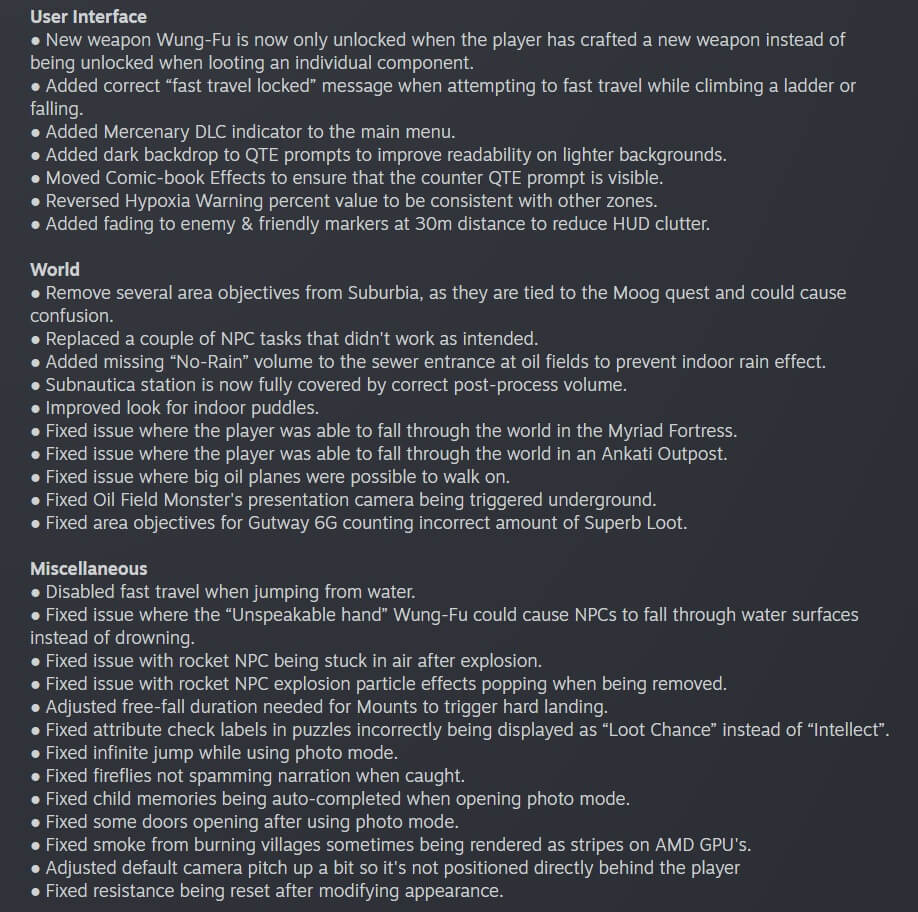