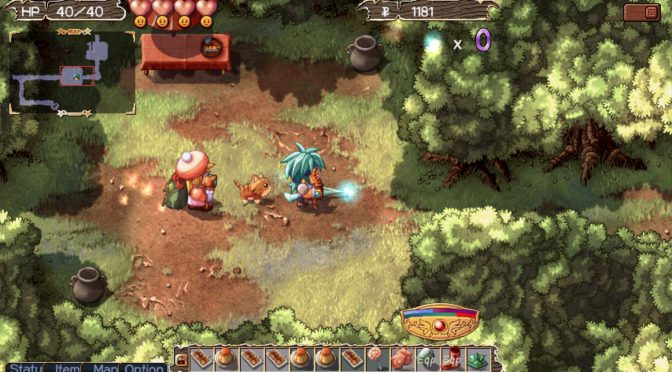 Zwei: The Arges Adventure plays out as a classically styled action-oriented 2D dungeon crawler with oodles of optional content and unlockables. It also features player-defined challenge through a unique food-based experience system, and a pervading tongue-in-cheek humor style. These elements promise to set the game apart from other entries in the genre. Moreover, this is the first English version, and is the most feature-complete version of the game to date.

While we don’t have more information about it, here are its key features straight from its Steam store page.