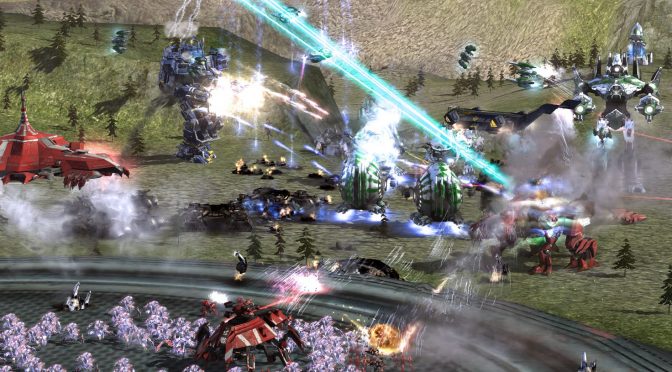 Remember Supreme Commander 2? You know, the strategy game that came out in 2010 and featured A LOT of units on screen? Well, for those three people that still remember and play it, modder ‘purplelf’ released a new mod that allows gamers to play the single-player campaign in co-op mode.

According to the modder, most single-player missions can be played with up to four players, with the exception of Illuminate 6 and Cybran 3 which only support up to three players because they require too many AIs.

All you have to do is download the mod from here, go to your Supreme Commander 2 install directory, go into the gamedata directory and back up your lua.scd file (somewhere outside of the SupCom 2 directory) and then copy the maps and gamedata folders from the mod file into your SupCom 2 directory. You should also make sure that “enable DLC in skirmish/multiplayer” is disabled in the main menu.

As a player, all you really need to do is join the correctly set up lobby by your host using Steam Friends. As a host, however, you need to consider the following things.