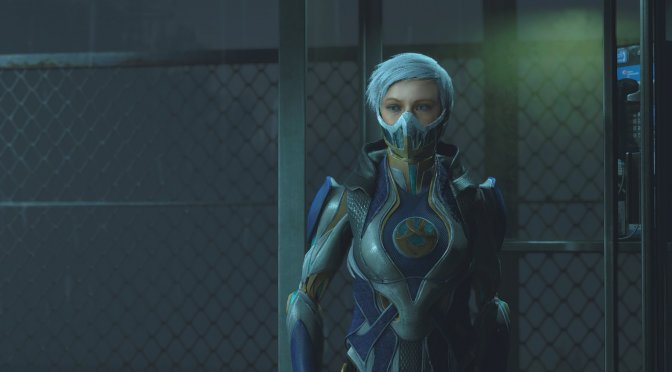 Modders ‘Marcos RC’ and ‘Wiwilz’ released two new cool mods for Resident Evil 2 Remake. The first one lets you play as Negan from The Walking Dead, whereas the second allows you to play as Frost from Mortal Kombat 11.

Now as you may have guessed, these are simple 3D character swappers. The Negan mod replaces Leon Sheriff’s costume whereas the Frosty mod replaces Claire’s Noir Costume. The Negan 3D model was obviously ripped from Tekken 7 and the Frost model came from Mortal Kombat 11.

Unfortunately, the Negan mod does not feature any facial expressions/animations. As such, it feels a bit awkward when Leon is speaking. Okay okay, it’s already weird listening to Leon and watching him as Negan, but still.

On the other hand, the Frosty mod allows you to remove her mask and see Claire’s face. This obviously means that her face is animated, looking similar to her default face model.

Now I’m pretty sure that some of you won’t find them interesting. If you are one of them… well… these mods aren’t for your obviously. If on the other hand you want to replay Resident Evil 2 Remake with these characters, you can download the Negan mod from here and the Frosty mod from here.

I’ve also included below some screenshots from these two mods in order to get an idea of what you can expect from them.