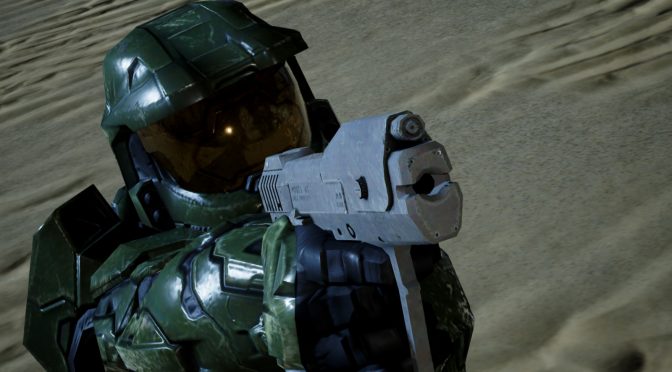 As we’ve already stated, although JUMP FORCE suffers from some serious console porting issues (that have not been addressed yet), it runs smoothly on the PC. And from the looks of it, this game is really friendly to mods.

Today, OniFox released a really cool mod for JUMP FORCE that allows players to play as Master Chief from the Halo series.

This Mod Replaces Ryo Saeba’s Entire Appearance and Weapons with Master Chief in his Halo 3 Design, along with the Magnum, Shotgun, Rocket Launcher, Brute Shot, Gravity Hammer, and Warthog. The Mod also replaces the UI to be of Master Chief instead of Ryo.

Needless to say that this is a pretty amazing mod that most Halo fans will appreciate. It is a bit weird hearing Master Chief speaking Japanese though (a new version of this mod with Master Chief’s lines replacing those of Ryo’s would be incredible, though I’m pretty sure that the modder does not currently plan on something like that).

But anyway, those interested can download this Halo Master Chief mod for JUMP FORCE from here. All you have to do in order to install it is extract the .rar file in your JUMP FORCE/JUMP_FORCE/Content/Paks/~mods directory. Below we’ve also embedded a video showing how you can install mods.