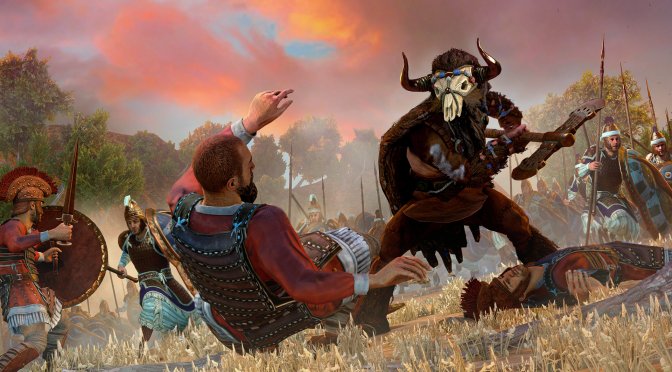 Now here is a pleasant surprise. SEGA and Epic Games are currently giving away for free the latest Total War game, A Total War: TROY. For the next 24 hours, PC gamers can visit the game’s Epic Games Store page and acquire their free copy.

A Total War Saga: TROY plunges players into the legendary Bronze-Age conflict of the Trojan War, where they assume the roles of Achilles, Hector, and many other legendary heroes as they fight to defend the great city of Troy or raze it to the ground.

Through Total War’s blend of grand, turn-based empire management and spectacular real-time battles, your actions can turn the tide of the war. You will be able to build your empire through strategy, statecraft, diplomacy and all-out war.

Players will also be able to call mythic units to their aid in the heat of battle. These units include fighters that resemble the Minotaur, the Cyclops, Giants and Centaurs.

Lastly, the game will come out on other digital stores in 2021. You can also find its PC requirements here.