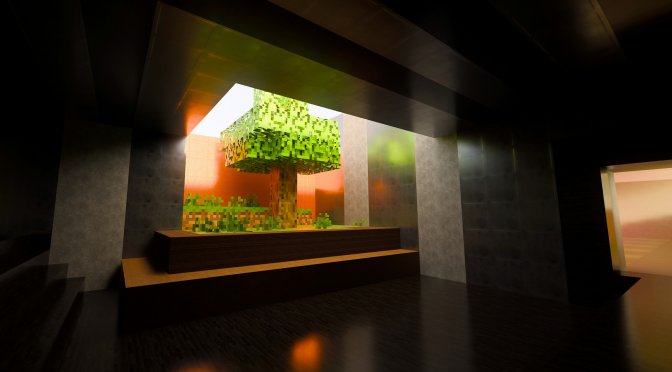 In order to install this level/world. you’ll have to download it from here. Then, you’ll simply have to drop the unzipped version of this file  into your “C:\Users\XXXXX\AppData\Local\Packages\Microsoft.MinecraftUWP_8wekyb3d8bbwe\LocalState\games\com.mojang\minecraftWorlds” Folder.

This world showcases the new light bouncing that comes with Ray/Path tracing, the new reflections and refraction effects, as well as Global Illumination and Ambient Occlusion effects. Furthermore, it showcases how path tracing can enhance even simple rooms thanks to its accurate lighting.

Lastly, Alex has explained most of the Ray/Path Tracing effects that PC gamers can experience in his world in the following video. Thus, I strongly suggest watching it.

Minecraft RTX Beta Hands-On: How Path-Tracing Is A Gamechanger