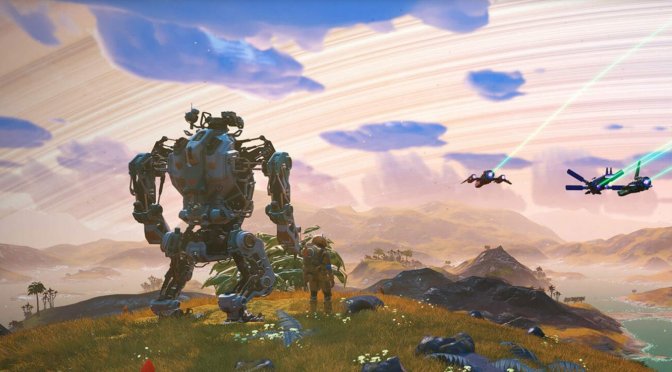 Hello Games has released a brand new patch for No Man’s Sky Exo Mech. According to the release notes, Update 2.42 fixes a number of gameplay and stability issues. Moreover, it resolves some bugs that could cause performance issues.

Going into more details, patch 2.42 brings a fix to show the Vignette & Scanlines option again on PC. It also fixes NPC ships getting stuck at the space station entrance.

Moreover, it fixes a bug which was causing performance issues on PC. Additionally, it fixes a crash when scanning Frigates with the Visor, as well as a rare crash that could occur when interacting.