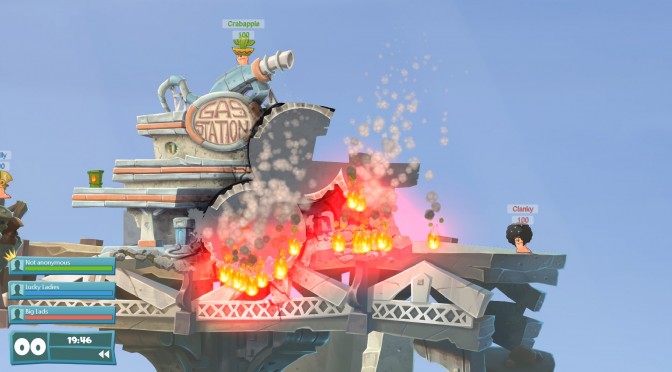 Team17 announced today that its hit turn-based strategy Worms W.M.D will be receiving a new content update in the shape of the Liberation pack. This pack will be released on December 7th and will be completely free to all owners of Worms W.M.D.

The Liberation pack will introduce a brand new theme including 5 new single player levels to tackle, a new vehicle to set sail with, 4 new weapons to destroy your opponents with and 12 new customisation items for your worms.

The Liberation update will include: