Saber Interactive has announced that a new free DLC will be coming out for World War Z on June 3rd. According to the team, this free DLC will add the new Tokyo mission, an FOV slider, private lobbies, a special new zombie and more.

Despite releasing exclusively on the Epic Games Store for the PC, it appears that this zombie four-player co-op third-person shooter has managed to sell well. Last week, Saber Interactive stated that the game has sold almost two million copies on all platforms.

World War Z is powered by Saber’s dynamic Swarm Engine and features hundreds of fast-moving, bloodthirsty zombies – able to move as one collective horde as well as break off as individuals units – at a time on players. Not only that, but the game is really well optimized on the PC as you can read in our PC Performance Analysis article.

Last but not least, we’ve included below the Season 1 roadmap for World War Z which shows all the free content that will be coming to this co-op shooter until July 2019. 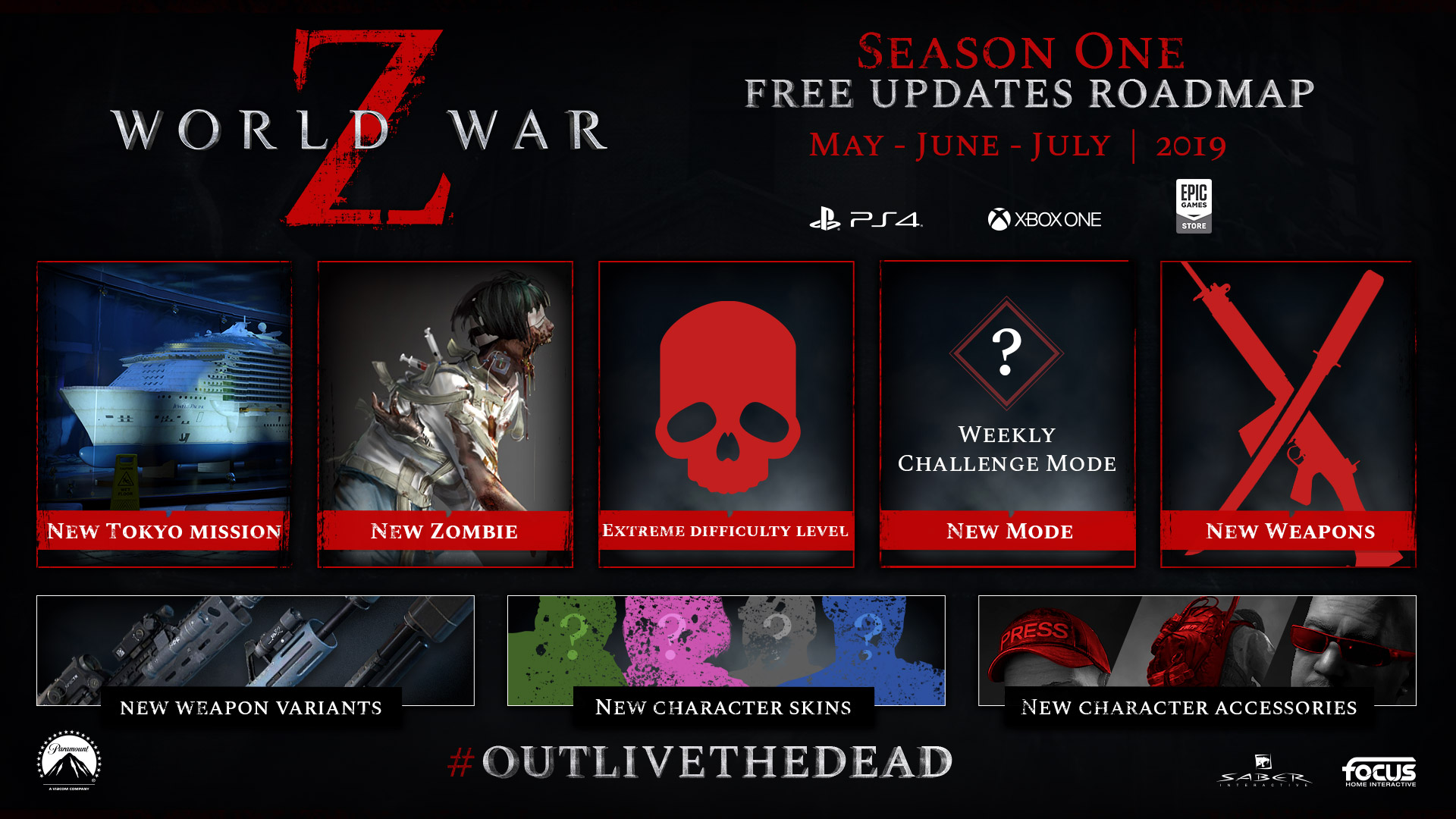