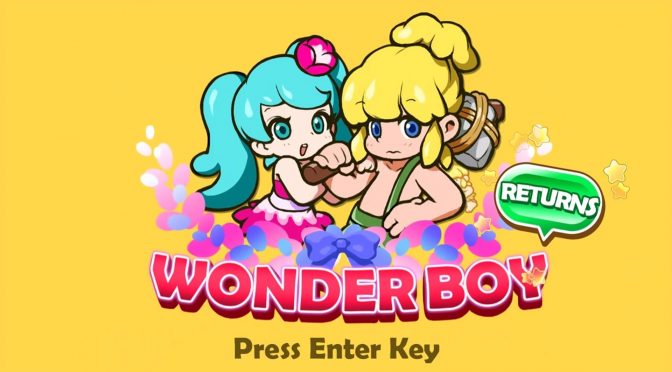 CFK announced that a remake of the first Wonder Boy game will be coming to Steam this Fall. This HD remake will feature the very same gameplay but upgraded visuals. And to be honest, I’m not really a fan of the visuals/art style displayed here.

In Wonder Boy Returns, all characters including the hero, the heroine Tina, and various monsters had been re-designed from scratch. Not only that, but the game will also feature new stages.

In case you’re not familiar with Wonder Boy:

“First released as on Arcade machine, Wonder Boy is a fast paced side scrolling action arcade game. The hero, Boy is running hastily to save his girlfriend Tina, who had been held captive by the Dark King. The game had intuitive gameplay, and the face paced action side scroller game gained overwhelming popularity. It is a classic title that once dominated the gaming era. Due to its popularity, it also managed to be ported into many numerous consoles even to this date.”

Wonder Boy Returns is coming to Steam this Fall!