Leading Japanese massively multiplayer online (MMO) game publisher Gamepot Inc. is continuing its march to bring Wizardry Online to gamers around the world. Launching the open beta in Japan last week to an overwhelmingly positive response, Gamepot quickly added multiple new servers to accommodate the more than 100,000 sign-ups acquired on the first day of testing alone. Commercial service is now live in Japan and Gamepot is working to deliver an English version to fans in the U.S. and Europe in early 2012.

“For Gamepot, it is truly amazing to see so many enthusiastic fans of the ‘Wizardry’ franchise participate in the open beta testing, and now live service, of Wizardry Online. Bringing this innovative and legendary series to a new platform has been a rewarding process and we’re looking forward to continuing our world-wide rollout to fans around the globe.”

A revival of the legendary Wizardry titles, Wizardry Online is the next-generation incarnation of a series that has been called the godfather of the role-playing game (RPG) genre. Wizardry first came to computers in the early 1980s, and the popularity of its “Dungeons & Dragons”-style gameplay led to the creation of countless sequels, spin-offs and collections across multiple platforms.

Developed in conjunction with Japanese game studio Headlock Inc., Wizardry Online offers multiplayer features new to the Wizardry series, including party play and player versus player (PvP) combat, while maintaining the classic style for which the series is beloved. Hardcore gamers will revel in the return of the complex dungeons that punctuated earlier iterations, and soon will find that the game is fraught with significant peril: Wizardry Online features permanent death, in which player characters can be removed from the game upon dying, creating a more immersive experience.

Gamepot is currently in discussions with potential publishing partners in the U.S. and Europe for an English-language launch of Wizardry Online next year. 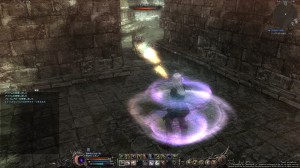 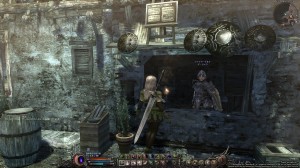 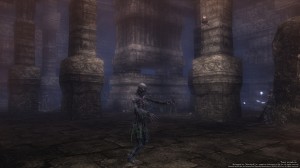 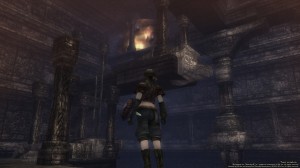