In December, we informed you about a new Game Mode that was coming to Windows 10. And today, we are happy to report that this mode has found its way to the latest Insider Preview build, although it’s not functional as of yet.

This mode will reduce memory, CPU and GPU footprint on running apps when a game is running, which may potentially improve performance.

What’s really interesting here is that on build 15007, the new Game Mode setting has appeared in the Game DVR panel. This could potentially mean that this mode will be available to all games and not to only UWP games. After all, the Game DVR panel is not exclusive to UWP games. 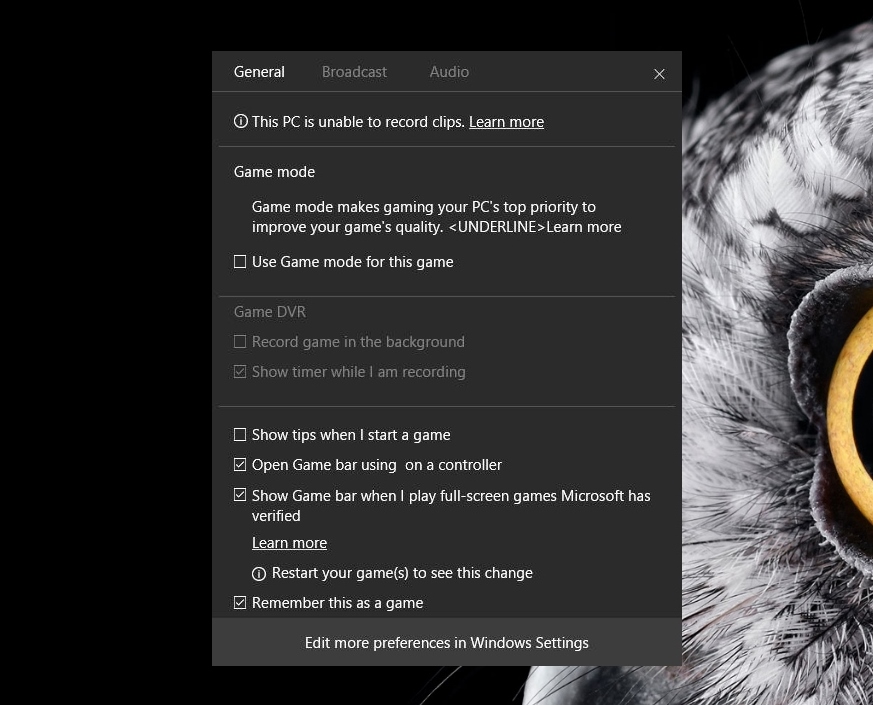 As we can see, players will be able to manually enable the Game Mode for a game which they are currently playing, and there doesn’t appear to be any restriction to it.

Microsoft hasn’t clarified yet whether this mode will be available exclusively to UWP games. What we know, so far, is that UWP games are being built with this mode in mind.

From the looks of it, the Game Mode is not functional yet in this latest Insider Preview build. As such, we’ll have to wait a little bit longer until we get to see it in action.

Windows 10’s Game Mode will work with both Win32 and UWP games!

Excited to share that the new Windows 10 Game Mode will include /both/ Win32 and UWP game (now w/ link) https://t.co/Dv14gWAjt9