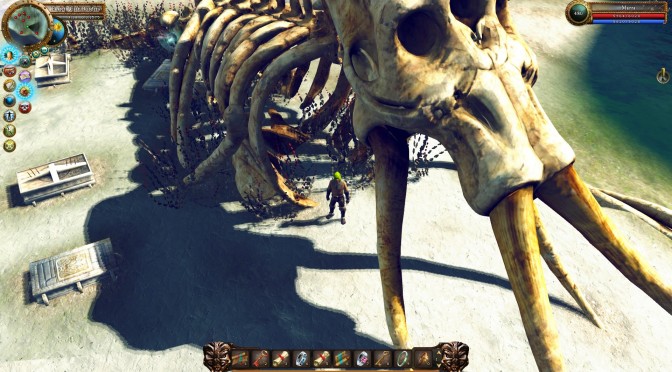 Dreamatrix has launched a Kickstarter campaign for “Wave of Darkness”, a PC RPG title tailored for fans of hardcore old-school RPG games, offering massive dark and gritty fantasy world which will challenge players at every step in, what Dreamatrix team calls, Hack’n’RPG.

Wave of Darkness will be using  Dreamatrix streaming engine, and will offer over 70 hours of gameplay, in a world of considerable size, without hundreds of annoying loading screens.

Players can follow the strict path of the plot, complete main quests until the end or, unlike so many titles, in Wave of Darkness they are truly completely free to wander around, to explore every corner of the Danian’s land, meet various NPCs, complete side quests and puzzles, fight dangerous adversaries etc. Gamers will have to put an effort in finding out what to do and how to do it. As soon as they pass short tutorial the game will let go of player’s hand leaving him to learn and grow by their own effort.

Wave of Darkness is described as a complex title with deep, engaging gameplay and hundreds of features.

“Although the game is in final stages of development, in order to make it even more attractive and addictive a lot of balancing, polishing and other small improvements are needed. Such ambitious target can be achieved by the indie developer only with the help of the gaming community.”

The team aims to raise $20K in the next 35 days, and those interested can visit its Kickstarter page in order to pledge support.