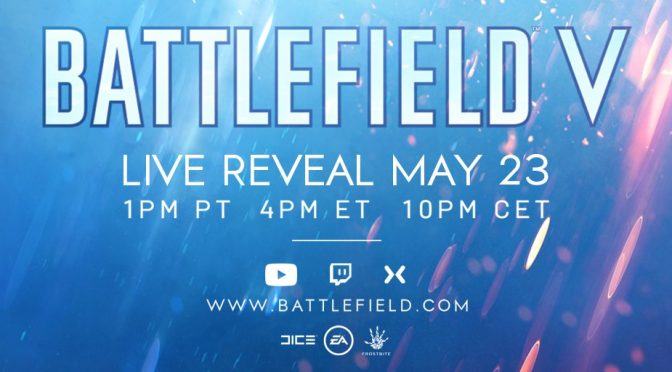 According to the schedule, the game will be revealed in 3 hours so expect the first hour to be a history of the previous Battlefield games (or something like that).

From what we know so far, Battlefield 5 will be a new Battlefield in a new setting. It will be a brand new experience however it will still retain everything that people loved about Battlefield. If the leaked concept arts and its teaser trailer are anything to go by, it will be set in WW2.

The game will feature a single-player campaign in the form of War Stories. As such, gamers will play different characters in multiple stories. Furthermore, DICE has promised that there will be various gameplay changes.

Last but not least, there was a report about DICE experimenting with a battle-royale mode. Although we don’t know yet whether the game will ship with such a mode, there is high probability that it will come after the game’s release!