Ubisoft has announced that Watch Dogs Legion will support cross-play and cross-gen play via a future update. Thanks to crossplay, gamers will be able to play with their friends that are on different platforms. 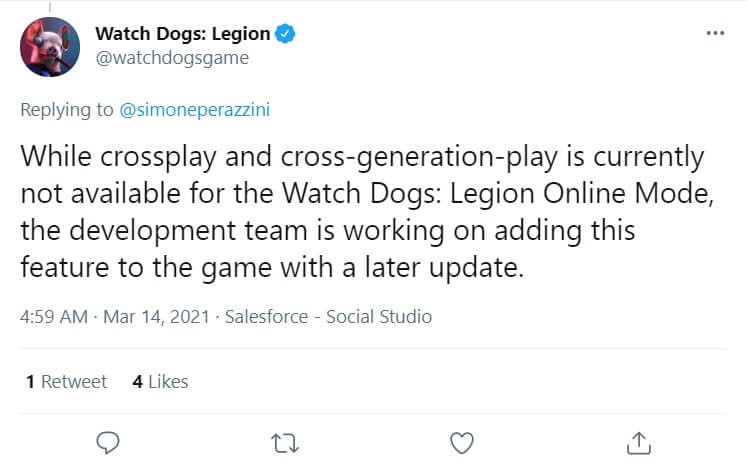 In Watch Dogs: Legion, gamers can play as anyone. Players can build a team with a huge range of characters to choose from, all bringing their own unique abilities. Additionally, players can customize their Legion with enhanced gadgets, unique outfits and iconic masks.

Players will be able to hijack armed combat drones, reconstruct past events using augmented reality to discover who is behind the terror attacks, and hack their way through the most advanced security systems. Players can also upgrade and deploy tech gadgets such as the Stealth Cloak, the Spiderbot, a Micro-Missile Launcher, and the powerful Electro Fist in a brand new melee system.