Last month, Ubisoft revealed that the Online Mode for Watch Dogs Legion would be coming out on March 9th. However, it appears that this mode has been delayed on PC due to some crash issues that could occur on specific systems.

In order to provide a smooth gaming experience from day-1, Ubisoft decided to delay the Online Mode for Watch Dogs Legion PC. Unfortunately, there is no ETA on when this mode will come out. Ubisoft claimed that it will reveal more information as soon as possible. 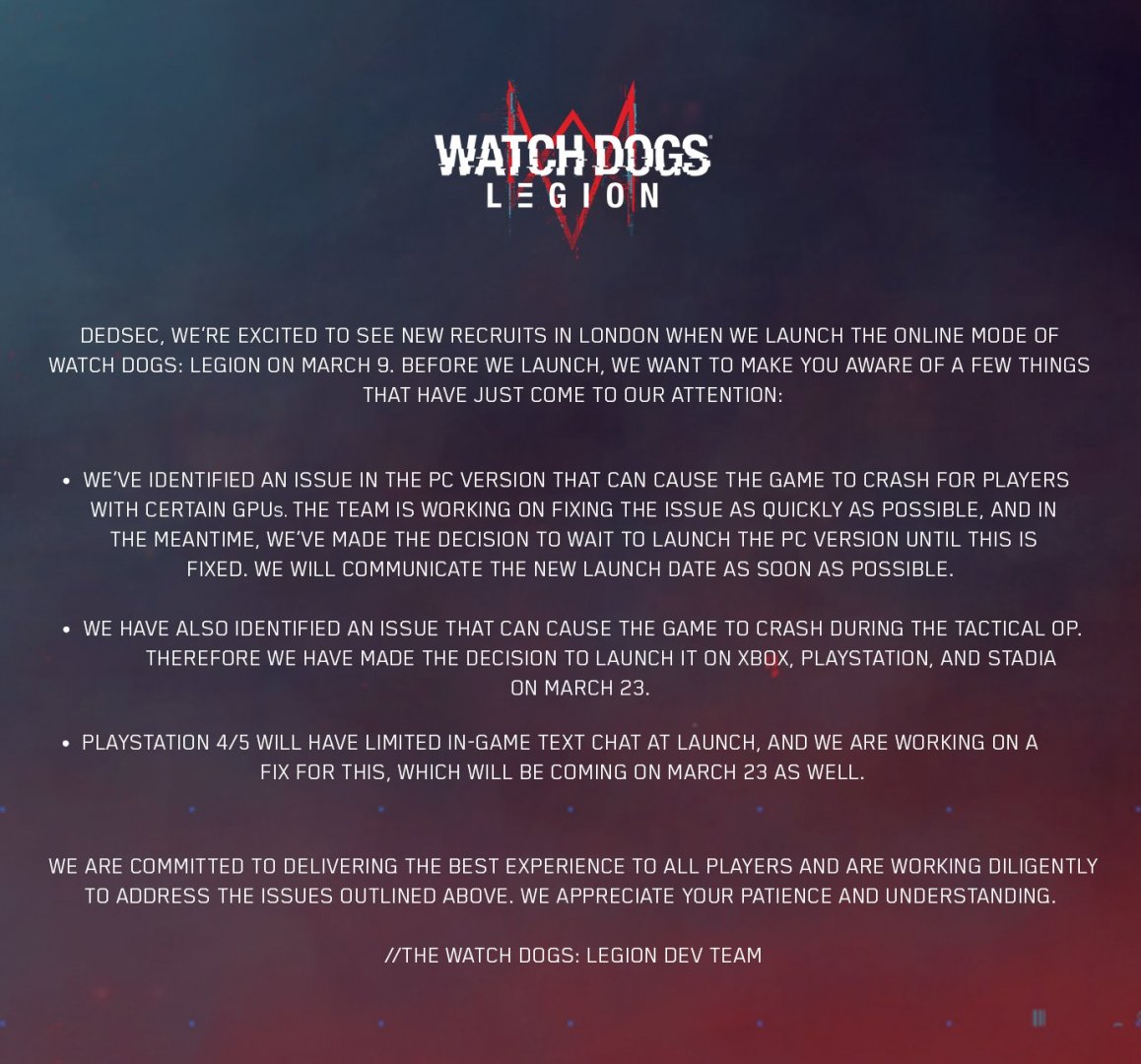 As we’ve already reported, the online mode of Watch Dogs: Legion will include the following features for all players: