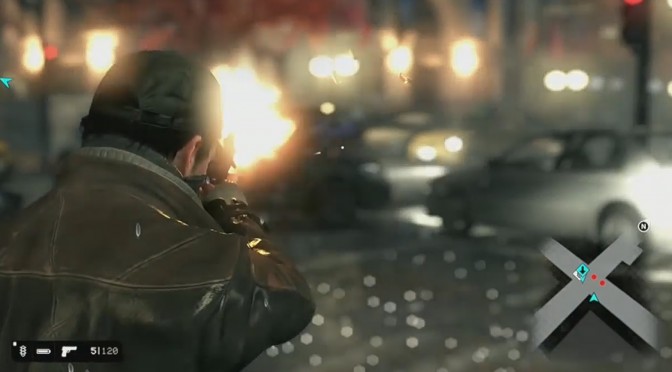 Watch Dogs’ Creative Director Jonathan Morin has been discussing lately the differences between the PC and the next-gen version of Watch Dogs on Twitter. According to Jonathan, the PC version will feature higher resolution effects (lighting effects, rain simulation, depth of field, particles system) than its next-gen console counterpart.

Although Jonathan said that the PS4 version that was demoed last week was close to the PC version, he admitted that the aforementioned effects will be rendered at a higher resolution on the PC, and that this difference in resolution will certainly make things prettier on the PC.

This is what Jonathan Morin had to say when a fan asked whether the PC version will be able to match the E3 2012 build that was showcased:

“In many regards better. We did not stop working and PC never stop to evolve.”

Moreover, Jonathan admitted that the latest Story trailer was never meant to wow gamers with its visuals as there was no way to match what the PC could do.

This further proves that the PC version will be better – graphically – than its console brother, despite Jonathan claiming earlier that the NG version does come close to the PC.

So, why wasn’t the latest trailer of Watch Dogs showcased on the PC? That mystery remains unanswered. Perhaps Ubisoft wanted to boost the next-gen console version? For what is worth, Morin promised that more PC footage will be revealed prior to the game’s release.

When a fan asked whether Ubisoft would be releasing any PC gameplay footage for Watch Dogs, Jonathan replied and said that there will be:

Watch Dogs is currently planned for a May 27th release on PC, next-gen and current-gen consoles!