A lot of PC-Batman fans were disappointed when Warner Bros revealed that Harley Quinn’s Revenge DLC would only hit PS3 and X360. Those PC gamers began wondering why they were not getting this new DLC – that promises to be exactly what we want from a DLC – and although there were rumors about a possible PC version of it, Warner Bros has cleverly confirmed today that this new downloadable content will hit our beloved platform at a later date.

The company has released today the Game of the Year packshots of Batman: Arkham City and, unsurprisingly, there is PC version of it. Fair enough, PC gamers will get this GOTY edition, right? Well, as the packshot indicates, this particular edition includes Harley Quinn’s Revenge DLC. So there you have it PC fans, Harley Quinn’s Revenge DLC is officially coming to the PC and will be featured in the Game of the Year Edition of the game.

The console versions of the GOTY Edition are slated for a September 7th release. No release date has been announced as of yet for the PC GOTY Edition, so stay tuned for more! 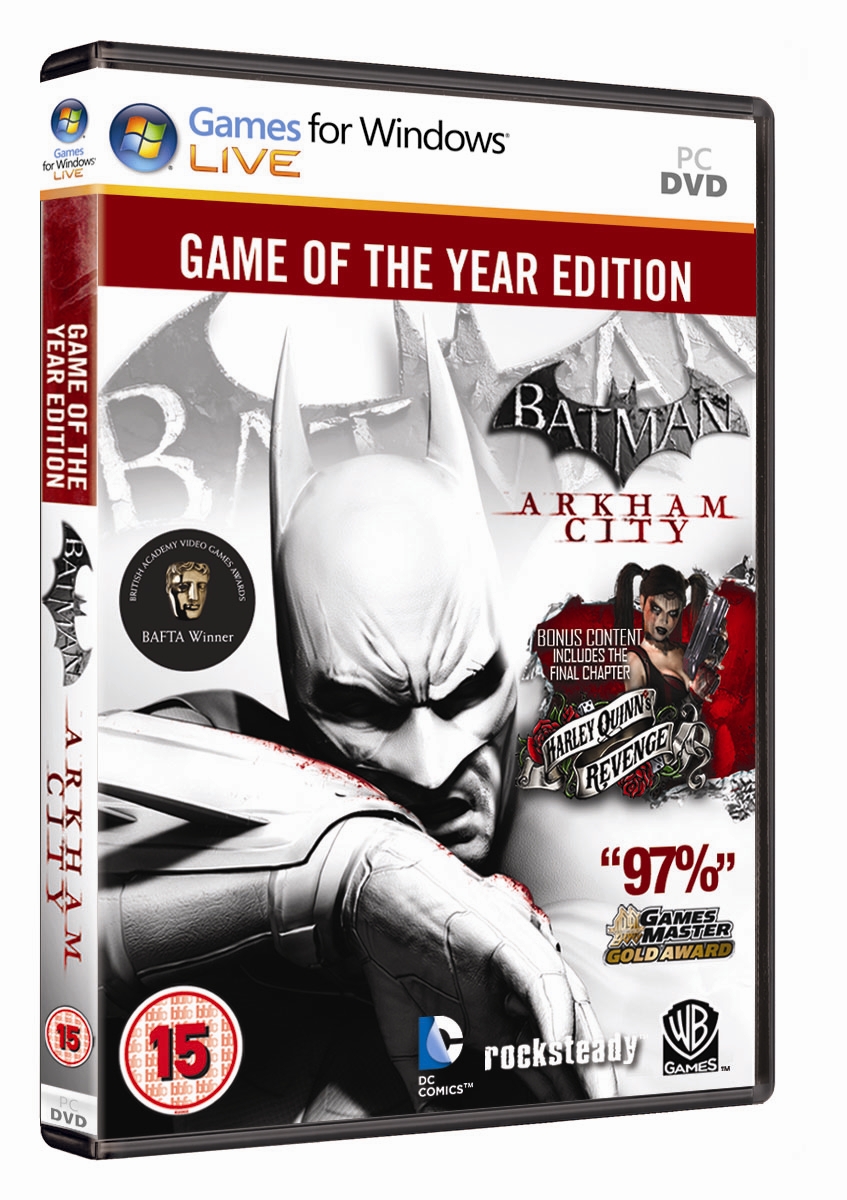