Focus Home Interactive unveiled 4 new screenshots for Wargame: European Escalation, the new real time strategy game from Eugen Systems, the team behind R.U.S.E. and Act of War: Direct Action. The new images show off the game’s impressive battle engine. Wargame: European Escalation is a real-time strategy game build around depth and reflection, the key element of all classic wargames, and will be exclusively released on the PC this Fall.

With its incredible graphics engine, Wargame: European Escalation delivers spectacular clashes rendered in incredible detail. The impressive zoom feature allows you to fly across huge maps (dozens of square kilometers) and then dive down to earth without any transition. This commanding view lets players stay at the heart of the fight, monitoring hundreds of tanks, helicopters and soldiers at once.

All this creates a grand visual showcase: explosions, lights, and raging fires are all presented in exceptional detail. Everything has been designed and developed to produce a photo-realistic rendering of the battlefield. This is complemented by highly detailed models of more than 300 different playable units, all faithful to their real-life counterparts. Zoom down from the sky to reveal even the smallest bolts and tank treads!

For experienced RTS players as well as fans of the genre, Wargame: European Escalation will deliver a gaming experience that is both fun and deeply tactical. War never has felt so real, with a level of detail that raises the bar on the strategy game genre. 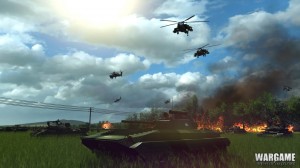 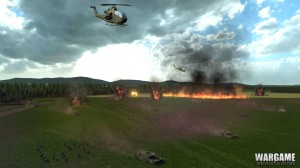 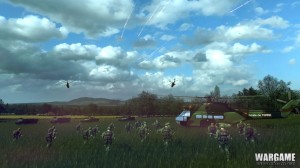 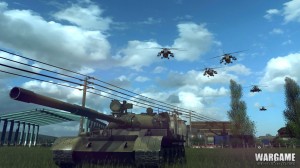